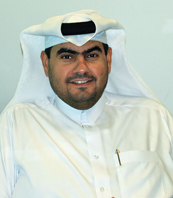 Ali Ahmed Al-Kuwari is Chief Executive Officer (CEO) of Es’hailSat. Prior to this appointment Mr. Al-Kuwari was Assistant Secretary General at ictQATAR. He also held the position of Finance Director at ictQATAR and was a member of the organization’s management team overseeing the strategic investment in the satellite initiative which became Es’hailSat. Mr. Al-Kuwari has a Bachelor’s degree in Business Administration and Master’s degree in Financial Decision Analysis. He joined ictQATAR in 2006 following senior financial and managerial positions with Customs & Ports General Authority, RasGas and the Ministry of Finance.

SatMagazine (SM)
Es’hailSat is a new name in the industry—what will the company offer?

Ali Al-Kuwari
The Qatar Satellite Company was established in 2010 by ictQATAR as an independent operating company to manage and develop Qatar’s presence in space. Trading under the name of Es’hailSat, the company will provide advanced satellite services to strategic stakeholders and commercial customers who value broadcasting and communications independence, quality service and wide geographical coverage.

Es’hailSat has contracted with Space Systems/Loral to build its first satellite called Es’hail 1, which is scheduled for launch in the second quarter of 2013. It will provide television, voice, Internet, corporate and government services across the Middle East and North Africa region and beyond. The name of the satellite is derived from the name of a star which becomes visible in the night sky in the Middle East when summer turns to autumn.  Traditionally, the sighting of Es’hail brings happiness, as it means that winter is coming and good weather will soon be with us.  We hope that the arrival of Es’hailSat will equally be beneficial for the satellite community.

Our objective is to serve the strategic interests of national Qatari stakeholders and build a credible reputation as a world-class satellite operator and center of excellence.

SM
Would you please tell us about your background and how you became involved with Es’hailSat? What do you hope to accomplish as the CEO of the company?

Ali Al-Kuwari
I have a financial background. I joined the satellite project team immediately after ictQATAR signed an agreement with Eutelsat to share a satellite platform and I was part of the negotiation and procurement processes jointly with Eutelsat.

SM
What was your role with ictQATAR and how did that position prepare you for your current executive role with Es’hailSat?

Ali Al-Kuwari
I was Assistant Secretary General for Corporate Services, which is more or less equivalent to a CFO role. Adding to that, I was in a number of other managerial roles before I joined ictQATAR. Being part of the national satellite committee which was formed to follow the satellite manufacturing process and to form the company (Es’hailSat), I gained in-depth exposure of the satellite industry and was delighted to take on the challenge of spearheading such a new industry in Qatar.

SM
What is your company’s relationship with the Kratos Company? How much independence will your firm have when deciding what courses of action are needed to compete in this market segment?

Ali Al-Kuwari
Kratos Integral Systems Europe won the tender to provide our interim NOC which will be known as the CMC—the Carrier Management Centre. This was an open tendering process and we were pleased to select Integral based on their experience, technical capabilities, and other factors.

SM
Would you tell us about the Es’hail 1 Satellite?

Ali Al-Kuwari
Es’hail 1, weighing more than six tons, is currently under construction by Palo Alto-based high tech satellite manufacturer Space Systems/Loral. The satellite is scheduled for launch in the second quarter of 2013 on board an Ariane 5 launch vehicle, which will send the satellite into orbit from the spaceport in French Guyana. Es’hailSat has one satellite (Es’hail 1) under construction and plans for future satellites to expand the network.

SM
What services will the satellite support?

Ali Al-Kuwari
TV viewers will have more choices and better quality, thanks to the Es’hail 1 satellite. Es’hail 1 has been designed to cover the entire Middle East and North Africa region and is located at a prime hotspot for broadcasting—25.5 degrees East. Current TV viewers receiving programing from this neighborhood will soon be able to receive richer, more diversified content, without the need to install a new dish. The satellite will support SD, HD, 3D and in the future super-HD transmissions, but they will be driven by our TV broadcaster customers.

Es’hail 1 will also support broadcasters and news organizations around the world with advanced satellite connectivity for the transmission of breaking news and special events. With the spotlight on Qatar and the region, we anticipate that our broadcast independence will be of high value for the region. For business and government users, Es’hail 1 will provide low-cost communications that can be established quickly and securely.

SM
What does Es’hailSat mean for Qatar?

Ali Al-Kuwari
Es’hail 1 is the country’s first satellite and the Es’hailSat program plays an important role as Qatar works to meet the rapidly growing communications needs in the region.  Our mission is to become a world-class satellite operator and center of excellence in the region and to fully-support the goals of Qatar’s 2030 vision. With Es’hail 1 and our future satellites we can provide high quality, independent satellite services to customers throughout the Middle East and North Africa and support Qatar’s commitment to meeting the sophisticated communications infrastructure the country is putting in place to host FIFA’s World Cup in 2022. 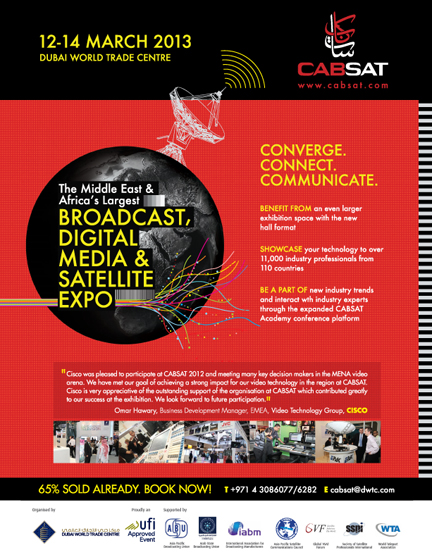 Es’hailSat has a huge potential to become a leader in the satellite industry in the Gulf region.  Es’hail 1 is an advanced communications satellite and has the necessary capacity to enable its customers to substantially increase their communications capabilities, particularly in the area of broadcasting in HD and 3D. With an installed base of more than 13 million satellite homes across the region and growing demand for HDTV, Es’hailSat will provide much needed additional capacity for the Middle East and North Africa.

SM
How will Es’hailSat market their services in a market that is rich with ever-increasing product from a number of MENA-based companies?

Ali Al-Kuwari
There are indeed a number of satellite operators in the MENA region now, and some competition is always good for the market. Es’hailSat particularly expects to attract customers who value independence, quality of service and wide geographical coverage. For example, we have already entered into a strategic agreement with Al Jazeera Networks to support the development of their satellite services, including, satellite radio, ground services, news gathering and other ancillary communications services.

SM
Where will your Network Operations Center be located? What services will be provided?


Ali Al-Kuwari
This month we moved to our new dedicated office building in Doha, and our interim NOC (which will be known as the CMC) is being built in our offices. As we develop our satellite fleet with Es’hail 2 and further satellites we will build our own teleport facility at a new site outside Doha which will have three roles—we will control our satellites from there, we will provide up-linking and teleport services from there, and we will build our new CMC there. The interim CMC at our offices with then become our back-up / disaster recovery facility.

SM
What is the future of SATCOM, and even more, specifically, satellite broadcasting, in the Middle East?

Ali Al-Kuwari
SATCOM has always been a niche market when viewed in the wider context of telecommunications in general, but it’s a significant niche in which multiple satellite operators have happily co-existed since the liberalization of the market in the 1980s. Satellite broadcasting has always been a major part of the Satcom market as satellites are very well suited to television broadcasting—they provide a wide geographical coverage and give broadcasters access to a large population of homes with receiving installations in place. This is particularly true in the Middle East and in developing regions of the world where terrestrial infrastructure may be under developed.

SM
Are there any plans to expand your operations to other countries?

Ali Al-Kuwari
Our first objective is the Middle East and Es’hail 1 will provide a classic MENA coverage, from Morocco eastwards across north Africa, down the Red Sea and back up the Gulf, although we also cover a good part of sub-Saharan Africa.

Having said that, we also have a steerable beam on Es’hail 1 which can provide connectivity with anywhere on the surface of the visible earth from the 25.5 degrees East orbital location including Europe, Africa, India and a large part of Russia. With Es’hail 2 and beyond, we hope to further increase our reach, building up to a global fleet over time.

SM
Given your background, what project, or projects, truly bring you a sense of satisfaction?

Ali Al-Kuwari
Building the Es’hailSat company and launching Qatar’s first satellite. Not many people get the opportunity to undertake such a satisfying project.