The Asia-Pacific region has always been an important hub for the commercial marine and shipping trade, and a region that NSSLGlobal has built a reputation for excellent satellite connectivity services and customer service. 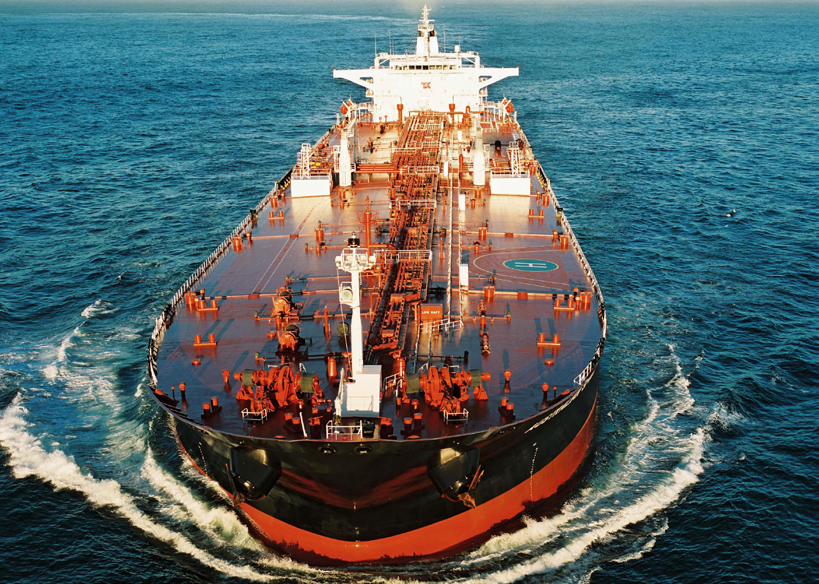 In the last couple of years, the maritime market has experienced something of a slow-down, with many vessels either anchored or laid-up in ports or dry docks. This has largely been the case across the world, especially in Asia when companies such as Hanjin Shipping, previously one of the world’s top 10 shipping companies, went into receivership and then officially declared bankruptcy.

Slow global growth has led to certain vessel operators slowing their development over the last few years. Even sector giant AP Moeller-Maersk has gone so far as to suggest that conditions in the general maritime market are currently worse than after the global financial crash in 2008.

With APAC being one of the busiest maritime markets for NSSLGlobal, the satellite communications (SATCOM) provider is well-positioned to weigh in on this industry downturn, with particular reference to APAC. Overall NSSLGlobal predicts 2017 to be the turning point that the wider maritime industry needs, with Asia driving the next phase of growth.

Observed Trends
The maritime market in the South Pacific region has long been known for cost consciousness. The current mini-downturn in Maritime has caused companies to cut back on costs. As a result, some companies are turning to SATCOM providers that focus on keeping advertised costs (i.e., ‘cost per-Mb’) to a minimum.

Such considerations can sometimes be ill-advised. In order to push down per-Mb costs, many suppliers have made compromises (deliberate or otherwise) in regard to uptime, contention, connectivity speeds, support, and consistency-of-service. In the long run, this often turns out to be a
false economy.

There has been a definite push back in the APAC region in more recent times, as companies are starting to understand the difference between cheap and good value and are starting to embrace this newly found balance between the lowest line price and the greatest value to the business. In the last year, NSSLGlobal has seen some companies return to the firm due to competitor shortfalls, as they saw it, related to contract terms, service provision and hidden costs. In the main, despite regional disparity, overall the market is definitely starting to recover

Across the APAC region, there is a large variation in the demand for broadband SATCOM. For example, the maritime market in Malaysia and Hong Kong has been on a downturn, with a high number of vessels temporarily out of service.

However, the market seems to be emerging from the ‘dip’ it was experiencing in the last few years there seems to be more traffic in ports and harbors. According to a recent report by Industry Arc, the APAC region is estimated to be the fastest-growing market for maritime antennas globally, with a projected Compound Annual Growth Rate (CAGR) of 9.03 percent by 2023.

While this may not reflective of the entire market, it certainly does suggest that the industry is “on the mend.” The adoption of satellite technology is also on the same gradual upwards curve that it was previously, further highlighting that this mini-recession is slowly, but surely, nearing an end.

Other Trends Driving VSAT Adoption
One of the original drivers of VSAT adoption had been the need for crew retention; an area of continued focus. Crews in every region are expensive to hire and train, and this is as true in APAC as in any other region.

VSAT systems or crew specific solutions such as the company’s Crew Unite and CrewVision entertainment service can give vessel operators a means to bring connectivity to the crew, enabling a cost effective managed Internet access as well as the delivery of legally compliant video broadcasting and TV programs.

VSAT can also allow crews to use their mobile devices on-board in a relatively normal way, which is increasingly important to the ‘connected’ generation of digital natives.

However, increasing in importance than this are the core Operational drivers for VSAT adoption. Maritime operators are applying increasingly sophisticated methods of measuring the efficiency of their fleets (in terms of routing, fuel use, cargo, deployment, etc.).

Robust VSAT connectivity is critical in the continuation and evolution of this trend, allowing fleet efficiency and resource utilization to be monitored and co-ordinated via a central land-based operations office. This is by far the biggest driver of VSAT adoption in APAC.

There is also a natural business logic in being able to treat on-board IT systems as an extension of land-based networks, with VSAT making possible the relatively seamless exchange of logistical data, manifests, communiques and other business-critical information.

Specific Activities in the APAC Region
In spite of the recent industry slowdown around the world, NSSLGlobal has continued to secure business and build relationships with customers in the APAC region—the company’s main priority has been, and will continue to be, servicing and maintaining the existing Blue Chip customer base.

Over the years, NSSLGlobal has witnessed a number of their key clients seeking enhanced levels of local support for their activities in APAC. As a result, the company increased its presence in the region by opening an office in Singapore in 2013 and, much more recently, relocated to a larger office in the Toa Payoh region.

That move underlines the importance of the Asian market to the business. APAC has always been a region of major importance for the company and NSSLGlobal has been firmly engaged with a large number of long-term global customers for many years, who also have a strong base in Asia.

For example, and as has been advertised, Teekay, one of the world’s largest marine energy transportation, storage and production companies, recently signed a $4 million VSAT upgrade and contract extension with NSSLGlobal. The new contract enhancement doubles the bandwidth speeds for both the on-board crew and operational network as well as provides additional technical managed services that will allow Teekay to quickly and confidently roll out new fleet-wide applications.

The upgrade has been rolled out across Teekay’s fleet of conventional tankers and LNG Carriers totaling 125 vessels. Although NSSLGlobal services Teekay vessels on a global basis, the Singapore office has become an increasingly important asset for day-to-day support as Teekay’s APAC fleet has grown significantly.

In addition to this local support, NSSLGlobal’s new ‘IOR’ (Indian Ocean Region) coverage has also been incredibly important to help the SATCOM provider secure business in the APAC region. Operating on the new JCSat 110A satellite, NSSLGlobal is the first company to extend Ku-Band coverage across the entire South Indian Ocean, improving the user experience for vessels sailing across the Atlantic Ocean, around Cape Point and on to South East Asia, Australia and India. This was launched in response to specific customer demands and market needs, thus enabling NSSLGlobal to stand out against its competitors and drive significant business growth in the region.

In Seeking an APAC VSAT Provider...
Before purchasing a VSAT service from a SATCOM provider, there are four key considerations that any vessel owner, management company or employee crew member responsible for communications should review (not in any order).

The first is capacity and coverage: Vessels can no longer afford to be without a broadband connection—opting for cheaper, regional services is not cost effective for ocean-going vessels requiring a global service. Providing high speed Internet for operational and welfare purposes and a package for only part of the journey, with limited operational and restricted welfare capability for the rest of the sailing route, causes frustration for both the head office and the crew.

Second, reliability of service: having the assurance of beam redundancy with the ability to alternate teleports, move to overlapping beam or changing to a different frequency to ensure constant communications.

Thirdly, there has to be trust in an operator to ensure the application of the best package for a company’s needs; preferably a supplier that can offer a wide variety of packages to suit different applications, speed and bandwidth requirements. Having package flexibility, such as the ability to immediately upgrade to a short-term higher package if there is an emergency, is vital. Managing access is critical—monitoring the number of connected devices on board and enforcing a crew fair use policy is essential if a happy crew is to be ensured and to receive the best value out of the SATCOM package.

Finally, consider the service supplier’s back up and support facilities. Does that firm offer true 24/7 technical support via trained experts who will work diligently to solve any problems encountered? Also equally important is to ensure that you select a provider that can supply on-board engineering support regionally and globally, and a company that can offer the reassurance of an owned land network.

For all of these reasons, and many others, NSSLGlobal has enjoyed considerable success in the APAC region—and the firm anticipates that such will continue, no matter the economic bellwether.

Everything NSSLGlobal has witnessed in recent years suggests that the adoption of VSAT for maritime applications will likely continue its steady upward climb.

This will be driven by a number of factors. One is the increasing understanding among shipping companies of the benefits VSAT can bring. Another general factor is the increasing mission-criticality of IT systems and remote monitoring systems in maritime applications and the need for remote systems to integrate with central IT networks. It will also prove hard for businesses to resist the continually falling price-per-MB (and gradually escalating capabilities) of satellite connectivity. And we’ll only see average speeds continue to climb over the coming years as more and more High Throughput Satellites (HTS) come into play.

We are also likely to see an increasing number of incidences of the linking-together of two or more VSAT systems on-board vessels as a means of achieving higher data throughputs.

Anticipated growth in VSAT uptake will also continue to be influenced by individuals’ increasing reliance on Internet connectivity for personal and ‘welfare’ reasons (as well as the growing penetration and use of smartphones and personal devices). This trend, of course, will be exacerbated by Maritime operators’ need to adhere to the stipulations of regulations such as MLC-2006, which require the reasonable provision of leisure and communication facilities at sea.

However ultimately, in a few years, I suspect fewer and fewer businesses will identify themselves as ‘satcom companies’. Within the next decade or so these businesses will, instead, increasingly offer ‘connectivity, anywhere’, without regard for the specific connectivity technology being used.

As wireless technologies become increasingly accessible, affordable and ubiquitous, the question will change from ‘exactly what method will I use to achieve connectivity’ to ‘which company connects me best in all situations’?

As this trend develops NSSLGlobal will position itself at the forefront of such ‘hybrid’/’connection-agnostic’ systems, continuing to offer the market leading value and service in its connectivity solutions.