ATK, an aerospace, defense, and commercial products company, was proud to mark the recent 10 year anniversary of NASA’s Earth Observing-1 (EO-1) satellite. The spacecraft, built by ATK for the Goddard Space Flight Center in Greenbelt, Maryland, reached its tenth anniversary in orbit on November 21, 2010. The EO-1 satellite, launched on November 21, 2000, had an initial design and mission life of one year, but has continued successful operations for more than nine years past the initial mission. ATK served as the Prime Contractor, Satellite Mission Integrator and Bus Developer for the EO-1 mission. The Earth Observing One (EO-1) mission developed and validated a number of instrument and spacecraft bus breakthrough technologies designed to enable the development of future Earth imaging observatories. 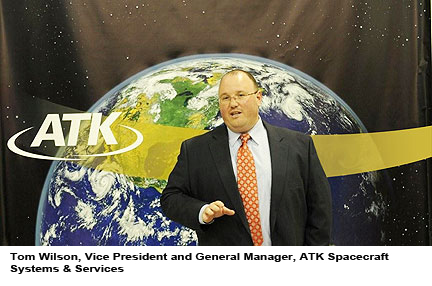 "ATK-built satellites once again exceeded expectations with an unmatched record of performance and reliability. From the extended mission of TacSat-3 to the new groundbreaking lunar mission for our two THEMIS probes and now a significant 10-year milestone for EO-1, ATK has a proven track record of success in small satellite technology," said Tom Wilson, vice president and general manager, ATK Spacecraft Systems and Services. "We are proud to mark this historic occasion with our NASA partners and celebrate the fact that EO-1 has far outlived its design life. The successful on-orbit performance of EO-1 can be attributed to ATK's dedicated and talented engineering staff that set us apart in the industry." 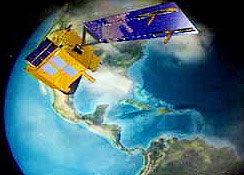 Dr. Stephen Ungar, former NASA EO-1 mission scientist said, "Although the two major EO-1 observing instruments, Advanced Land Imager (ALI) and Hyperion imaging spectrometer, have performed flawlessly over the past decade, the stunning success of the EO-1 mission is due largely to the unprecedented flexibility and unfaltering operation of the spacecraft bus provided to NASA by ATK. This bus continues to provide an agile and reliable platform for developing and testing new and innovative strategies exploiting the twenty-first century observing instruments and supporting technologies constituting the EO-1 mission."

EO-1 has captured more than 100,000 images to date, consisting of equal amounts of multispectral and hyperspectral imagery. EO-1 science data and research has spawned well over 430 related publications and the satellite is currently being used as part of a sensor web that allows autonomous observing of Earth images. The spacecraft mission has also performed non-traditional Earth observation activities such as the monitoring of brush fires, assessing post hurricane damage and monitoring active volcanic eruptions using both multispectral and hyperspectral imaging. 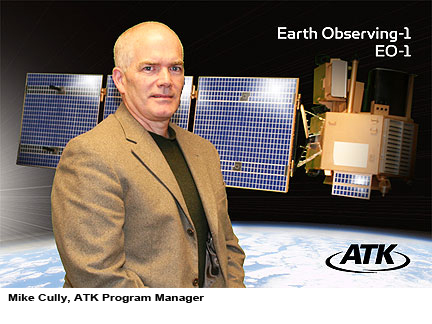 ATK Program Manager Mike Cully directed the mission 10-years ago and, 10-years later reflects on this historic achievement: "The EO-1 satellite's outstanding on-orbit performance over the past 10 years represents a major accomplishment for NASA and the Earth Science community. ATK and our team members are proud to be a major contributor to EO-1's total success. ATK's ability to manufacture the highest quality spacecraft bus and our leadership in satellite integration and test has been a decisive factor in achieving this milestone. ATK's dedicated engineers, technicians and staff take pride in knowing that we have significantly contributed to NASA's mission in furthering societies' knowledge of planet Earth." The 10-year milestone was also marked at a ceremony and symposium at the Goddard Space Visitor's Center, where ATK's Mike Cully was a featured speaker at the event. ATK has working operations in 24 states, Puerto Rico, and around the globe, with revenues of approximately $4.8 billion. 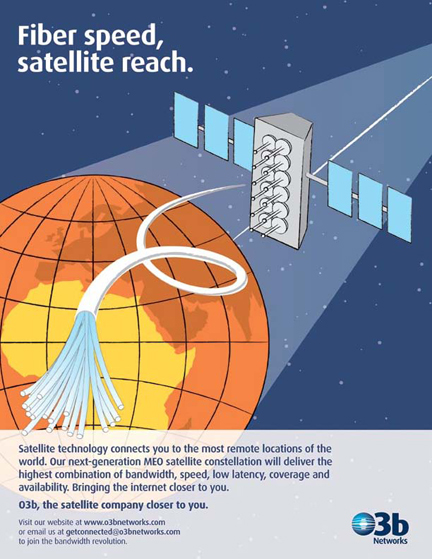