The risk of collision in the geostationary arc is very real. In fact, recent studies have shown that the risk in orders of magnitude is higher than had been previously thought. 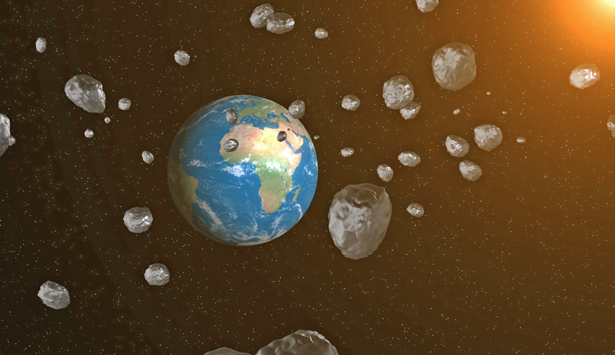 Naturally, the consequences of any collision could be catastrophic, not just for the affected satellite, but for the entire space environment. However, the current mitigation measures, based on the available systems, services, and data, are simply not providing the degree of protection required.

In an earlier issue of SatMagazine, those risks were discussed as well as the need for a better system with enhanced capabilities to maintain the sustainability of the space environment by this author. As an association of the world’s leading satellite operators, whose members account for more than 60 percent of the active geostationary satellite population, the Space Data Association (SDA), is uniquely positioned to leverage the technical experience and knowledge of its members to address this fundamental challenge.

This system is the Space Data Center (SDC) 2.0, which was announced by the SDA and Analytical Graphics Inc. (AGI) in March this year. Available in 2018 to SDA members, SDC 2.0 is based on AGI’s ComSpOC product, which has been designed to provide enhanced space traffic management (STM) and Radio Frequency Interference (RFI) mitigation services. 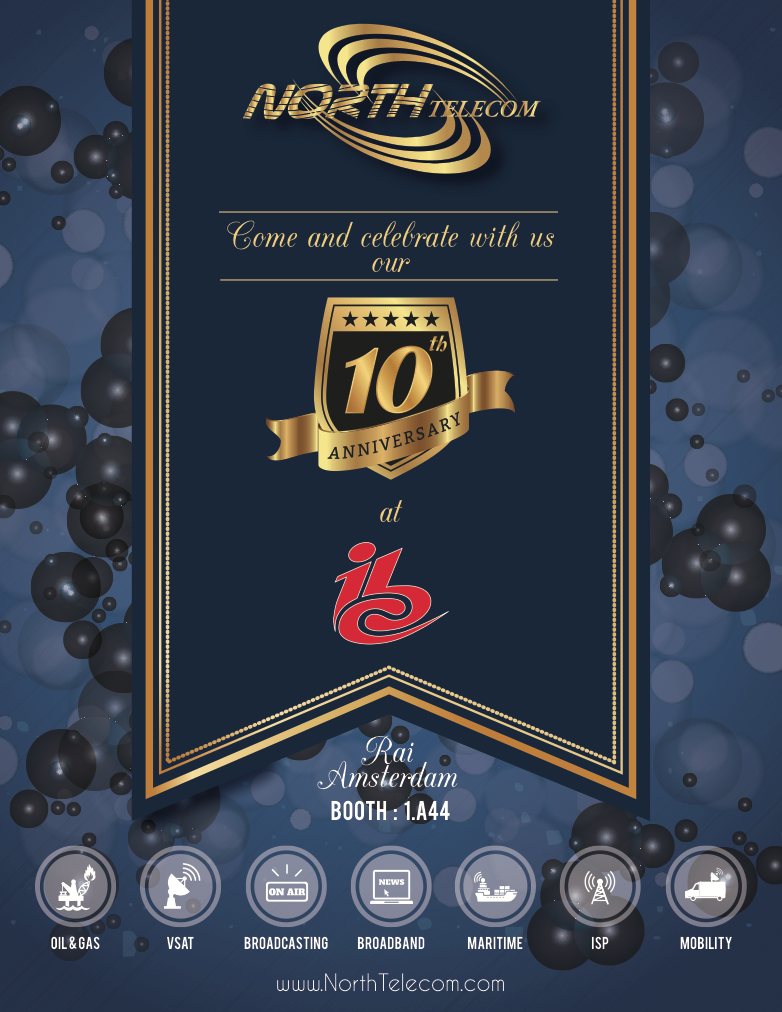 ComSpOC itself was put to the test following the recent AMC-9 anomaly. Given SES’ active participation in the SDA and its critical role in the specification of SDC 2.0, the satellite operator immediately reached out to AGI to obtain timely orbit information. This led to the operator very quickly gaining precise location information.

Safety of Flight
For SDA, ensuring safety of flight means protecting satellites while also safeguarding the viability of the space environment for the long term. A collision in the geostationary arc could destroy an active spacecraft and create a debris field that could permanently render a large part of that arc effectively unusable. In this scenario your neighbor’s problem has the potential to become your own enduring operational problem.

For decades, many deemed the risk of a meaningful collision remote, even as new space actors entered the domain, launching more satellites. As the SDA studied the issues, understanding evolved. The SDA technical team quantified GEO collision risk using five diverse and independent techniques, each of which consistently produced GEO collision risk estimates that are orders of magnitude higher than previously published.

With the consequence of a collision being so profound, responsible operators must act to maintain the long-term sustainability and viability of all orbital regimes through sound operational planning, practices and the using the best possible systems.

Addressing the Challenges
As satellite operators, some major challenges must be faced when it comes to ensuring the safety of flight. For example, the nature of operator antenna networks makes the removal of absolute ranging biases very difficult, often resulting in kilometers of difference between the estimated and true satellite positions.

There are also limitations in the availability and accuracy of data related to non-member satellites and debris objects, particularly those with sizes in the 20 cm to 1 m range. Although the publicly available data is crucial for enabling space situational awareness, it does have its limitations including the lack of complete and consistently available data.

SDC 2.0
After extensive research, experts from among the SDA members organizations strongly believe that the functionality that SDC 2.0 provides will be absolutely critical for safeguarding and preserving the geostationary orbital resource for continued safe space operations.

Here are some of the features that will make that possible:

Catalogue of Objects
SDC 2.0 collision avoidance (CA) services will be based on a highly accurate and independently generated ComSpOC catalogue of objects in or traversing the GEO arc. This catalog will evolve to include all objects larger than 20 cm, which will be the most extensive catalogue available for flight safety services. SDC 2.0 uses advanced non-cooperative maneuver detection and characterization algorithms for all active catalogue objects ensure the rapid determination of orbits during and after maneuvers. The same maneuver detection capability will independently audit and verify operator-supplied maneuver plans to ensure the highest quality of future maneuver information and CA products.

Actionable Collision Warnings
Having an accurate catalogue will ultimately ensuring that operators only receive e actionable collision warnings. All satellite operators receive conjunction warnings, sometimes multiple per day, however they are often not actionable due to uncertainties in the accuracy of the data. Acting on these warnings may result in unnecessary avoidance maneuvers being performed, or even worse maneuvers that increase the likelihood of a conjunction occurring. With SDC 2.0, the number of warnings is greatly reduced, the accuracy of the data means that you only get a warning when you actually need to action it.

Calibrating Operator Information
SDC 2.0 will be able to validate and calibrate the operator-provided information. The output from this process can allow individual bias measurements to be removed by the operators, yielding much more accurate orbit knowledge. Achieving realistic collision probability estimates and actionable conjunction warnings demands that covariances for catalogue objects in turn be realistic. These covariances may also be instrumental in obtaining realistic geolocalization error ellipses. SDC 2.0 unified catalogue processing eliminates inter-system biases, which is of critical importance for flight safety warnings. 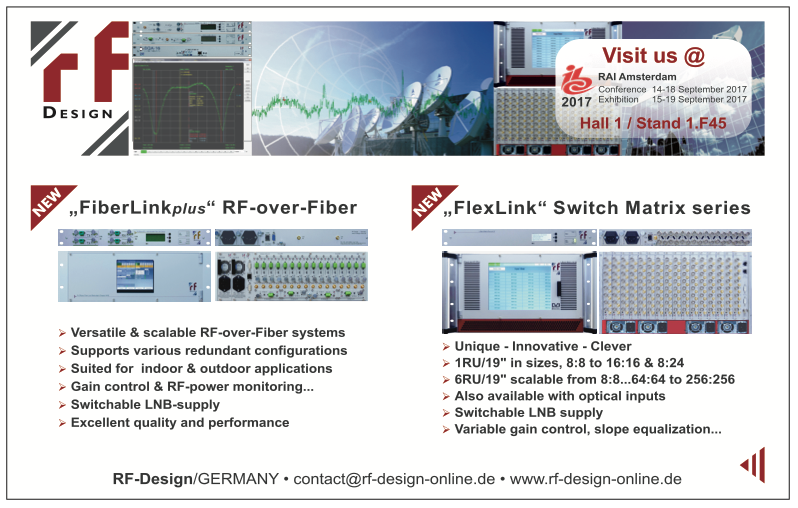 RFI Reduction
SDC 2.0 will also include a number of features to help reduce satellite interference, something that continues to be a problem for satellite operators.

Currently, if a geolocalization is needed to determine the source of RFI, the operator typically undertakes a lengthy evaluation to determine a suitable neighboring satellite that is compatible and available. Once that neighboring satellite is identified, ephemerides and RF parameters are often required, and the manual exchange and coordination of this data between operators can take several days.

It will also include a Carrier ID database, which supports management and coordination of Carrier ID reference numbers, streamlining the process of identifying the interferer and resolving interference.

Coordination
Working with other satellite operators is absolutely crucial when it comes to ensuring flight safety. The framework and protections provided by the SDA allow fellow operators to work together in a highly collaborative and effective manner.

SDC 2.0 will give members the correct tools to ensure they are adhering to space safety themselves, as well as mitigating any risks of being affected by other operators or space debris.

With the risk of collision so high, it is more important than ever that operators work together and invest in tools and processes to reduce those risks and safeguard the space environment.
www.space-data.org/sda/

In April of this year, Mark Dickinson, the  Vice President of Satellite Operations Inmarsat, was elected as the new Chairman of the Space Data Association (SDA). Dr. Dickinson succeeds the outgoing SDA Chairman, Mark Rawlins, Eutelsat, who will continue as a Director of the group.

In his role at Inmarsat, Mark Dickinson is responsible for the operation of Inmarsat’s fleet of geostationary telecommunication satellites, as well part of the team defining the specifications and following the development of Inmarsat’s future satellites.

Also joining the SDA was Jean-Luc Froeliger as a Director to represent Intelsat, replacing Mark Daniels.

The SDA was established in 2009 by the international commercial satellite operator community to coordinate activity and safeguard space-based infrastructure in the space environment in which satellites are operating.

“The SDA has always taken steps to best ensure the future of the entire satellite industry,” Mark Dickinson stated. “I am happy to play a leading role in that future, especially at such an exciting time for the SDA. The upcoming launch of SDC 2.0 is an important step for the industry, helping us to secure the future of space safety.”

The Space Data Association Limited (SDA) is a non-profit international association of satellite operators that supports the controlled, reliable and efficient sharing of data critical to the safety and integrity of the space environment and the RF spectrum. It maintains the Space Data Center, a database of high-accuracy orbital information, which is operated by Analytical Graphics, Inc. (AGI) of Exton, Pennsylvania. Established in the Isle of Man the SDA is open to all satellite operators and other participants.