The “big tent” of the Pacific Telecommunications Conference will again be pitched at the Hilton Hawaiian Village hotel campus in Honolulu’s Waikiki section between January 20 and 23, 2013. Those who have attended PTC 2013 in the past know that this conference is unique not only for its setting, but also for its effort to bring together senior level executives from all parts of the satellite, fixed and mobile telecommunications, IT and broadcasting industries to talk about issues that impact them all, often in different but interrelated ways. Thus, the “big tent” metaphor works, as it provides a shelter for all sectors to mingle in a way that is unique in our increasingly specialized sectors. 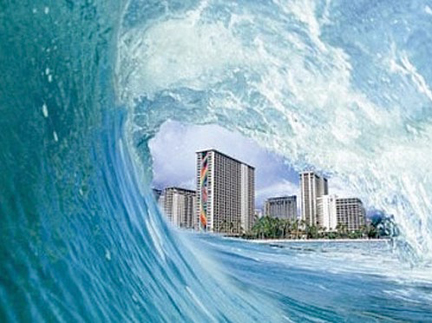 This year’s conference theme is “Capacity, Capability and Collaboration”, focusing on how ever-expanding capabilities due to the expansion and deepening of global networks are leading to new ways of collaboration. Without doubt, this is a really broad conference theme, typical of the leading edge themes that PTC often chooses for its conferences, but which often work out quite well.

Satellite operators, teleport operators, satellite manufacturers and launch services providers, and everyone in between—in short, the entire satellite “family”—typically find a home in mid-January for a brief time to commune with each other and meet customers and representatives from other SATCOM sectors. PTC provides a excellent setting within which to start the New Year and to establish the agenda for the coming months, starting discussions that will be followed up throughout the year at industry specific conferences.

The satellite industry has often played a key role in the conference due to its continuing importance to the region. Within the Asia/Pacific region, one can find thousands of islands spread across vast waters, complementing land-bound countries of all sizes with equally varied levels of economic and network development.

Satellites play an important role in the region, stitching networks together over large areas and extending advanced services into areas where no other method is feasible or economical to operate. It’s no wonder that the region is home to more satellite system operators than any other part of the world. Without these satellite systems, some nations in the Asia-Pacific region would have no other way of extending bandwidth and services into areas that otherwise would be left beyond the reach of 21st Century, networked civilization.

Is it any wonder, then, that cellular backhaul services rivals video distribution and broadband data services as the largest satellite capacity uses in the region—even before second, third and fourth generation mobile wireless services arrive in many places?

Filled With Focus: Day One
To address the themes of the conference and the many sub-themes of interest to the satellite industry, several satellite focused sessions have been organized for PTC 2013.

Three workshops are planned for the first day of the conference, Sunday, January 19. The first is courtesy of the World Teleport Association, followed by a roundtable discussion on Broadcasters and the Carrier ID Initiative, focusing on efforts to reduce mutual interference among the parties who get involved in such major satellite and video events such as the London Olympics of 2012. The session, chaired by Frederick Morris, Vice President for Global Engineering for Comtech EF Data, will have as participants Martin Coleman, Executive Director of the Satellite Interference Reduction Group (sIRG); Robert Potter, President, SAT Corporation; Glenn Tindall, Vice President, Sales, for SES in Singapore; and Robert Tong, Vice President for Engineering and Operations, for AsiaSat.

Filled With Focus: Day Two
The second day of the conference will also have several sessions conducted by leaders from the satellite sector.

An opening keynote session on the Dawn of the Global Satellite Broadband Era that focuses on the launch of new broadband satellite networks and what it will mean for the users in the region is offered. This session will be followed by an Executive Insight Roundtable, Improving Efficiency and Expanding Horizons: Satellite Communications Today and Tomorrow, co-chaired by Patricia Cooper, President of the Washington-based Satellite Industry Association, and Susan Irwin, President of Euroconsult’s US operations. They will query several leaders in the industry for insights as to what can be expected from the industry. Panelists will include Yutaka Nagai, Senior Executive VP, Sky Perfect JSAT Corporation; Phillip Spector, Executive Vice President, Business Development, and General Counsel, Intelsat; Mark Dankberg, CEO of ViaSat; and William Wade, CEO of AsiaSat.

The infrastructure providers—satellite manufacturers and launch services providers are next who, as in recent years, underwrite the the best luncheon of the day and carrying on a rapid-fire dialogue under the knowledgeable probing of chairman Peter Jackson, retired CEO of AsiaSat. Participating in this year’s industry luncheon are Arnold Friedman, Senior Vice President, Marketing and Sales, of Space Systems/Loral; Eddie Kato, CEO of Thales Alenia Space North America; Jean-Yves Le Gall, Chairman and CEO, Arianespace; Barry Matsumori, Vice President, Commercial Sales and Business Development for SpaceX; and Frank McKenna, President of International Launch Services.

While the formal sessions will close at this point, the satellite sector then retires to various suites for bilateral meetings and elsewhere around the Hilton campus for receptions, informal gatherings, and the other typical and highly enjoyable distractions that are part of PTC. Feel free to join all as participants!

About the author
Timothy J. Logue is the Senior Director for Marketing and Sales for Thales Alenia Space North America in its Washington, D.C. area office, having joined Thales in 2009. Mr. Logue has been involved in the satellite industry for more than 30 years, starting with the original Communications Satellite Corporation as a policy analyst. He is also active in professional organizations. He is currently Treasurer of the Arthur C. Clarke Foundation and chairman of the Advisory Council of the Pacific Telecommunications Council. 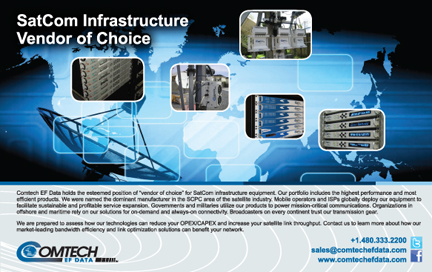