There’s this scene in Andy Weir’s “The Martian” where, after a month-long journey through the Martian plains, stranded astronaut Mark Watney manages to dig out NASA’s old Pathfinder rover in a desperate attempt to establish communication with Earth. After realizing what Watney is attempting to do, the JPL team back on Earth rushes to pull an exact replica of Pathfinder from storage to try and understand what Watney might be doing.

For the rest of the movie, engineers on Earth use this Pathfinder twin to communicate with him, even placing the twin in a setting exactly like the one the real rover is in more than 100 million miles away.

Physical twins, such as the one that saved Watney’s life, are commonly used by the space industry to operate their assets in Earth’s orbit and beyond. Given that sending engineers to inspect these spacecraft is practically impossible, physical twins arose as far back as the Apollo program as a clever tool for diagnosing and fixing space assets from a distance. 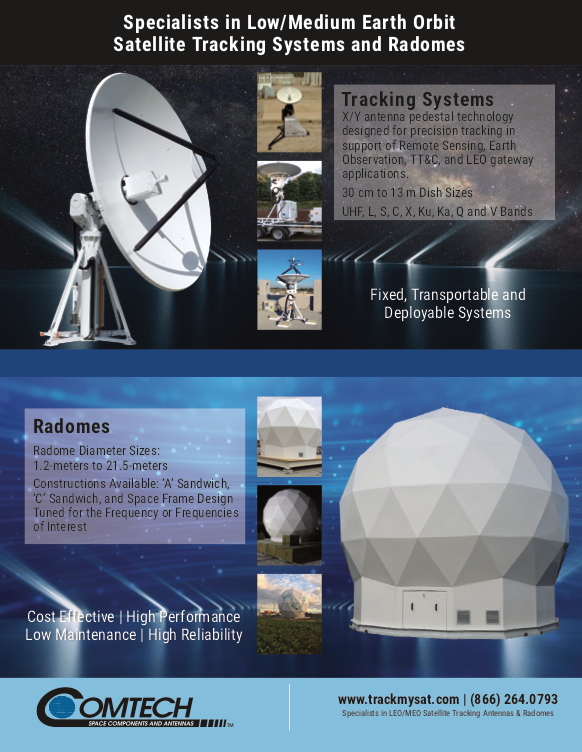 With the growth of the space industry and the number of satellites in Low Earth Orbit (LEO), the use of physical twins has quickly become unsustainable for testing and responding to issues on- orbit. Humans are expected to launch upwards of 100,000 satellites in just the next decade, a number that will continue to increase in the future.

To tackle this issue, space companies and government agencies alike have resorted to a messy combination of in-house and decades-old commercial software products to design their own digital twins. Often budget and time-constrained, development of these tools has, so far, failed to truly capture the dynamics and complexity of the real spacecraft they aim to represent.

Even worse, these legacy tools are largely useless when it comes to simulating the large satellite constellations and space vehicles of the future. They are constrained by the hardware capabilities of a single computer, minimally interoperable and unable to provide a comprehensive, interdisciplinary picture of the spacecraft they simulate.

The consequences of continuing to use these in-house, legacy, and often poorly designed tools, are not limited to budget and schedule overruns. They pose a significant risk to the sustainability of humanity’s presence in space, as launching thousands of poorly designed, difficult-to-operate autonomous satellites can result in a massive increase in the amount of debris in Earth orbit.

Generating true digital twins of these next- gen systems is a challenge that requires a nexgen simulation tool. Simple adaptation of existing legacy tools — often rebranded as “digital twin” tools in an attempt to attract customers — is simply not enough to meet the growing needs of the space industry. 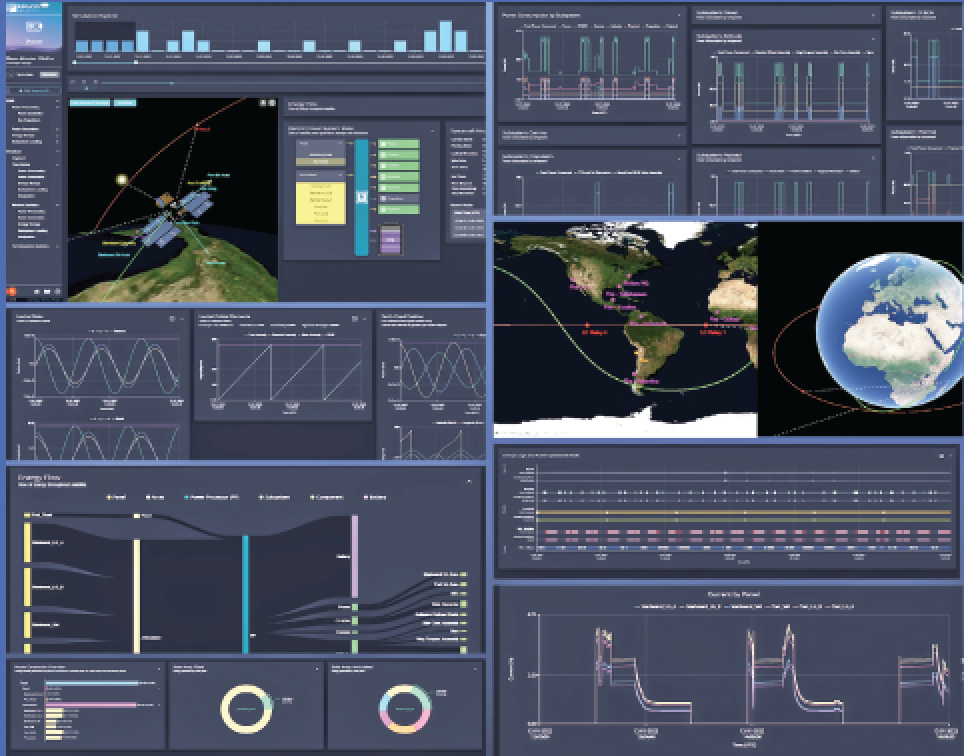 Screenshot of Sedaro Space’s platform, courtesy of the company.

A true digital twin should be a high-fidelity, virtual representation of the physical system that exists throughout its entire lifecycle, including up to the point where the behavior of the orbiting system and its twin are perfectly synchronized.

To enable this continuity, nexgen digital twin tools must deliver an exceptional level of interoperability, computing power and storage. Plus, nexgen space software should be easily adapted to the evolving needs of the industry and should support effortless collaboration across the physically- separated engineering teams of today. 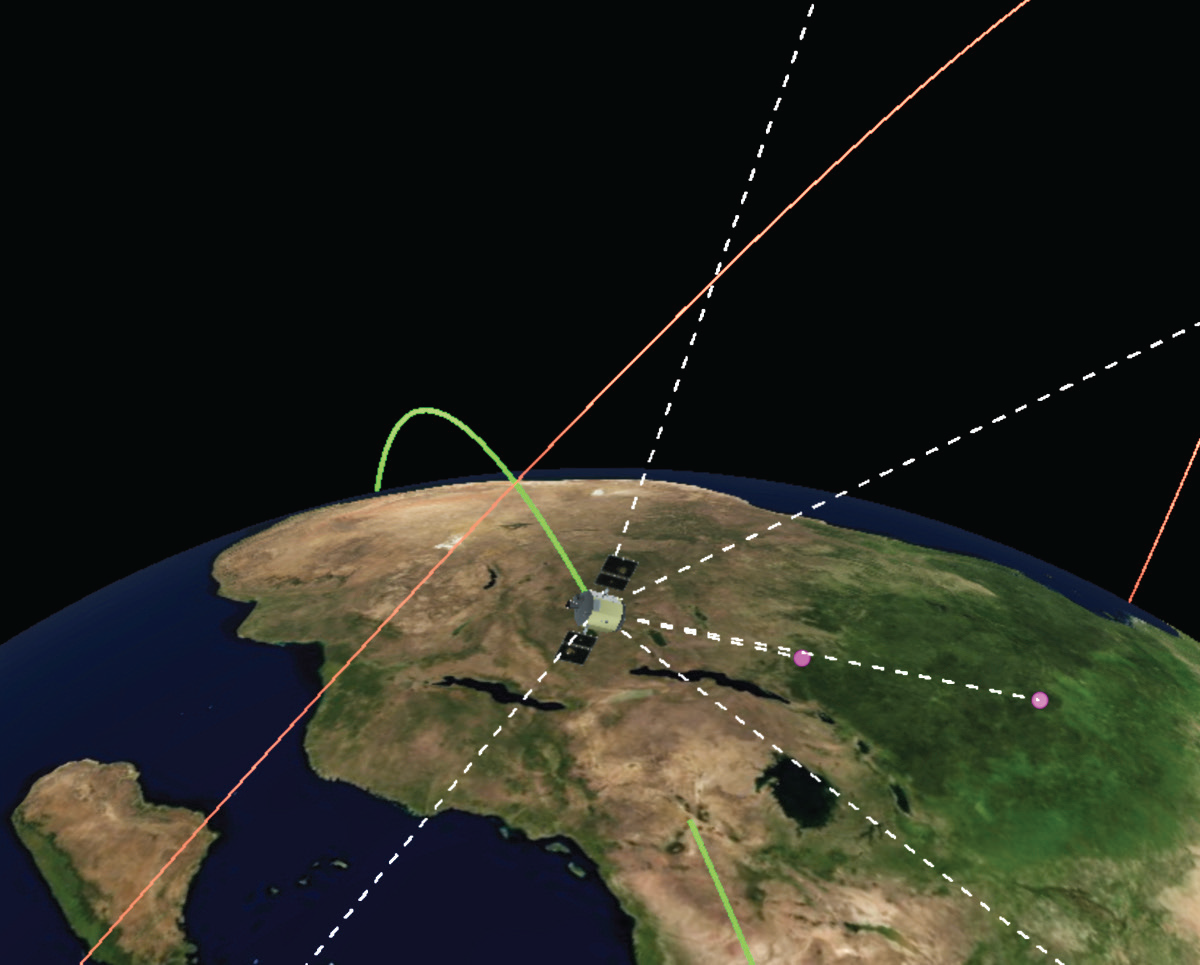 Simulation fidelity is fundamentally limited by computing power — given that computer processor frequencies have stagnated over the past 15 years, the only way to achieve true digital twins is to spread the computational load over multiple, compute nodes.

Cloud computing provides this capability, along with interoperability, to support integration with existing engineering systems and open source tech that streamlines the development and delivery of cutting edge software. win. Unencumbered by the inefficiencies and limitations of adapting legacy code, Sedaro Satellite is uniquely positioned to deliver true digital twins to the space industry. The company’s cloud-native software stack enables the near- unlimited collaboration, scalability, and adaptability required to simulate next-gen space systems.

With Sedaro Satellite, operations teams will have access to a real-time, high-fidelity virtual representation of their orbiting spacecraft; design teams will rapidly explore the trade space and make informed choices early in the process; test engineers will effortlessly integrate hardware and software in-the-loop; and advanced AI algorithms will leverage simulations to drive rapid decision-making throughout a space mission. 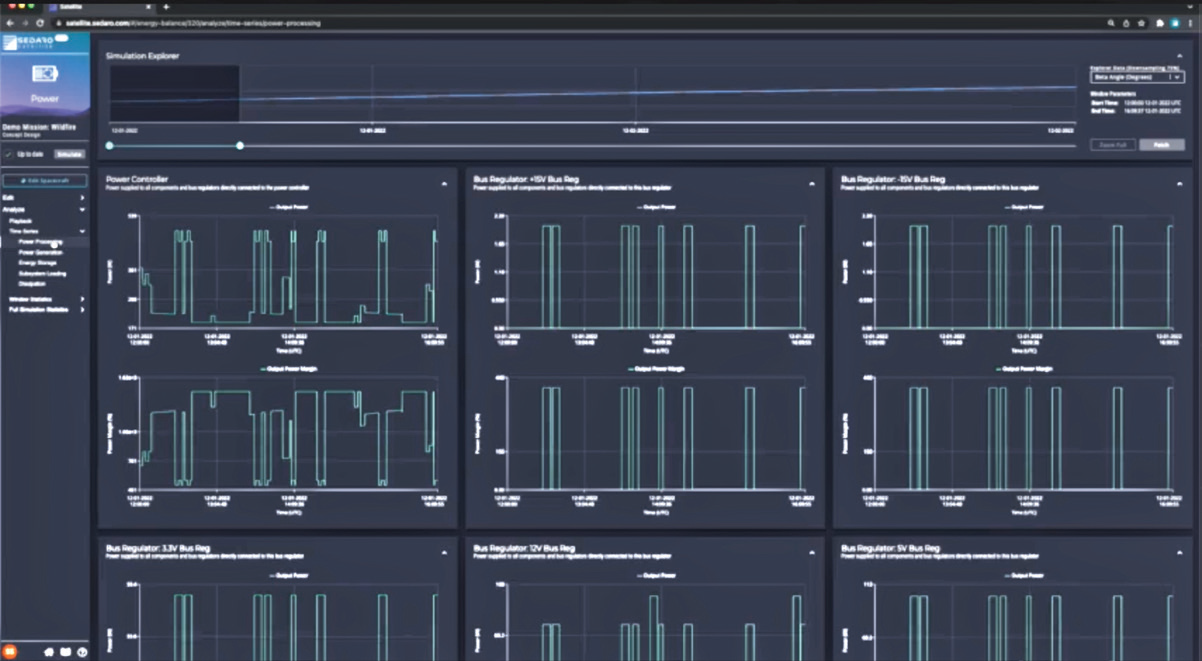 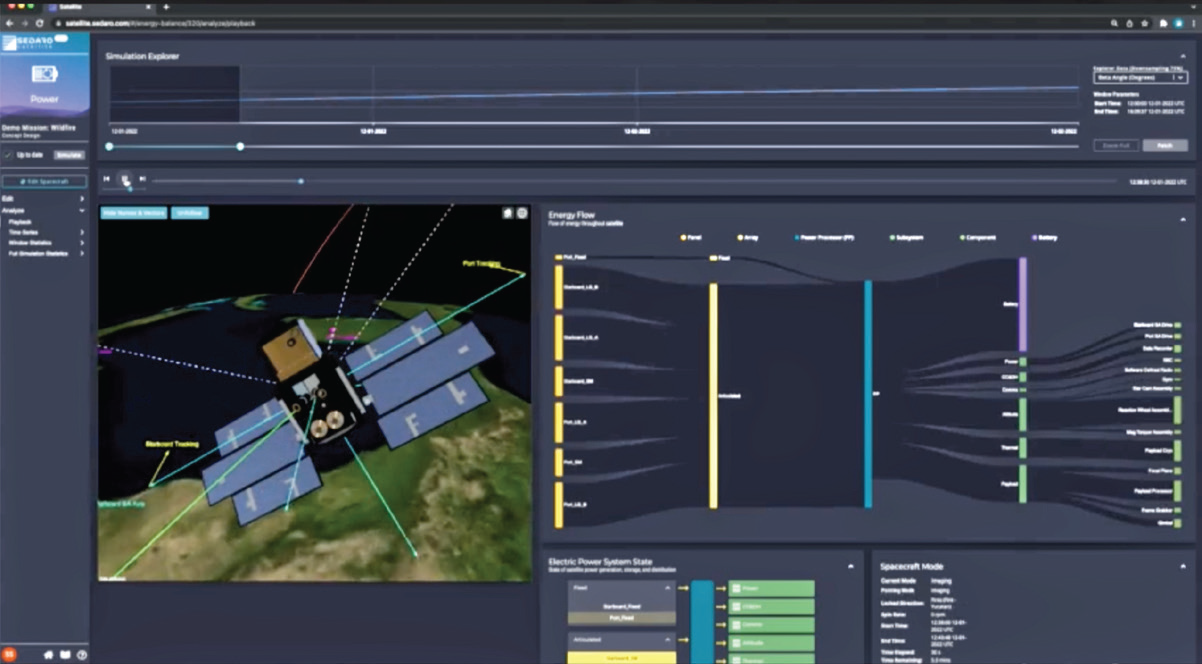 Sedaro will become an integral and important player within the ever-expanding future of the space industry — and that future is now. 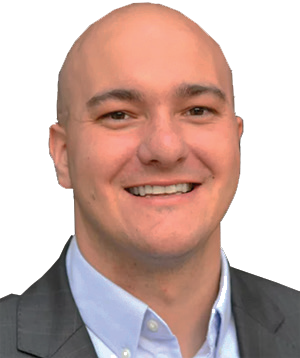 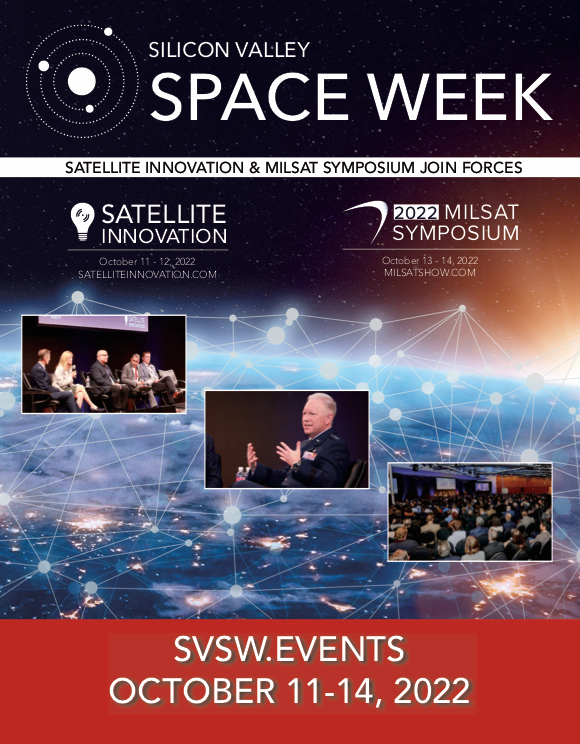