Space — the final frontier. Those words echo in the brains of generations. We grew up thinking about what it would be like to zoom from solar system to solar system watching the blur of stars as we approach the speed of light. Everything seemed within reach until we grew up and realized…

It’s all so complicated. Humans communicating, much less travelling, to space is a business for those who possess an appetite for risk. It’s not hard to see why. We are sending and receiving data from something travelling around 27,400 km/h. This is an amazing accomplishment and a testament as to how far we’ve come in 60 years; however, it’s a far cry from becoming a multi-planetary species.

Many private satellite companies have achieved a consistent business model that carries them to profitability. The ones that have succeeded typically find a way to sell or service the U.S. Government (see Spire and Planet). Others spend vast sums of money only to burn out, restructure and hope to come out stronger (i.e., Iridium, OneWeb). Simply put, building satellites and operating ground stations is expensive and filled with risk. At ATLAS Space Operations, we specialize in building sites across the globe from the Mojave Desert to Ghana to Alaska.

We have built sites in places where, typically, providers may not decide to tread and, as a result, have seen the complexities involved first hand. When satellite manufacturers are building their business model, they have two choices: outsource antenna time or build their own ground network.

Neither of these choices presents the best option, due to limitations inherant with outsourcing and the expense of building one’s own network. The entire process requires highly specialized, expensive engineers as well as large capital investment to purchase the necessary hardware, build complicated networks and then execute time-consuming, day to day operations. Only in the last few years have companies begun to offer a wider range of shared antenna assets that meet the needs of many clients. Some companies mandate common hardware across their networks. That requirement may reduce risk to both the client and vendor, but such also reduces flexibility. Meanwhile, others digitize radio frequency data and stream it to the client — that requires specific, cloud-based baseband equipment to process very large amounts of data. Both solutions have drawbacks. 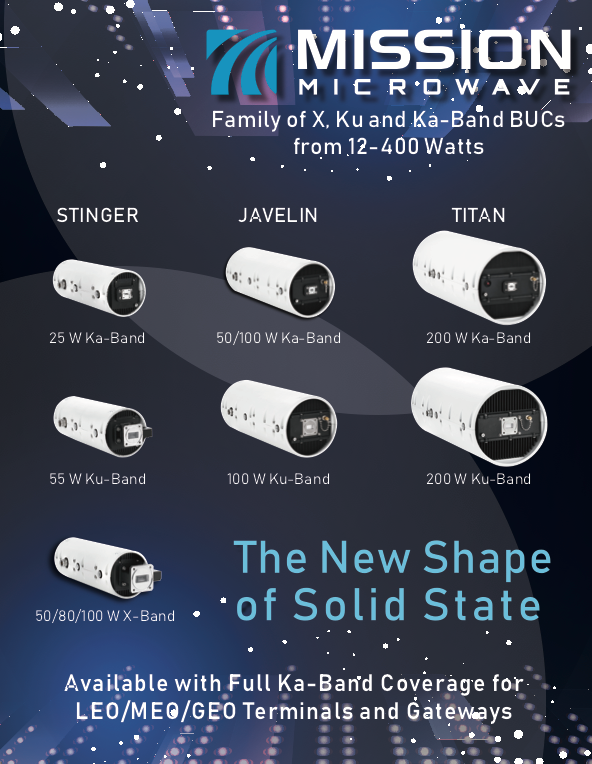 Mandating common site hardware baselines passes the problem onto the manufacturers to design their satellite with, and sometimes around, the baseband hardware, effectively dictating design choices ahead of time and that means the satellite manufacturer must select the ground network provider before locking in their satellite builds. Without managing that decision, additional risk is levied upon the already high-risk endeavor of launching a satellite.

Amazon Web Services Ground Station accomplishes just that from their data centers around the world. However, the higher the data rate, the more expensive the compute power required to process. You have a choice to process the data in the cloud and pay the large monthly cost of a high-powered Elastic Compute instance (EC2) or must purchase a massive pipe into the AWS virtual network, pull down your data and process it on physical hardware at your own data center.

Additionally, these sites are limited to only locations where AWS data centers already exist. However, what if you wanted a site in Tahiti? The price for 1 Gbps would make even the best planned business models crumble. This approach requires deep pockets, data centers and a business model that can wait for ISP prices to decrease. In the commercial / private sector, this is not sustainable and is more suited for the deep pockets of the public sector (which may be their actual target).

There had to be alternatives.

When ATLAS approached this problem, we knew we wanted to disrupt the SATCOM business model by overhauling the legacy-built industry (Amazon and KSat Lite didn’t exist at that time). We could not — and would not — repeat the mistakes of the big SATCOM players. We would build a flexible system that was compatible with any ground site hardware and deliver decommutated data streamed in real time — srriving at our solution took some time to accomplish. ATLAS wanted a solution that could work with a baseline internet speed of 100 Mbps, be tolerant of power and connectivity issues as wel as reduce the complexity of integration.

When building a global network in a wide range of areas such as Barrow, Alaska, to Tahiti, we required the software to be fault tolerant as well as tolerant of hardware changes. As a network provider, we knew that forcing a single set of site hardware would never solve the problems of the global community of satellite operators. But could we adapt most hardware to work with a majority of clients?

The first challenge is to remove the cost of each client integrating directly to the hardware. Why? Because expecting clients to integrate to what might be ever changing site hardware would be cost prohibitive. To do so, we needed to “abstract” away knowledge of the hardware from the client and place the emphasis on a universal API. The API had to allow for establishing real time telemetry/commanding, streaming detailed metrics about each piece of hardware, overriding of hardware settings (e.g., center frequency) per pass and being consistent across multiple programming languages.

As a result, ATLAS has supported more than 40,000 satellite contacts and has been streaming metrics on a per pass basis for 4 years now. Furthermore, with hundreds of millions of metrics delivered, and quickly approaching a billion, ATLAS has extensive knowledge on hardware, site, and satellite performance through data analytics.

A clear and consistent API that abstracts clients from the site hardware has another major benefit: scalability. When a client asks to be added to a new site, they do not need to write new software or adapt to changes in the hardware.

The API is the same regardless of ground site hardware mix. Additionally, the streaming metrics are hierarchical, which means they also remain the same (e.g., carrier lock is site.hardware.modem.carrier.lock regardless of baseband manufacturer).

But, what about the retrieval of files or streaming of data? If the hardware is different at each site, won’t that potentially change the formats for commanding and telemetry downlink?

ATLAS recognized this issue early and developed a patented piece of software called the Freedom™ Pass Server (FPS) to abstract the streaming data into one format usable no matter the hardware type — i.e, sites with Amergint, Zodiac,or RT Logic hardware all stream and accept a standardized format. The benefit is clear: a universal interface no matter the mix of site hardware. A secondary benefit of the Freedom™ Pass Server is increased security. ATLAS only has one entry point into the ground site hardware via our cloud-based system.

No client is allowed direct access to common hardware (custom hardware can be used, but is on an entirely separate network). Clients accessing the FPS do so through the cloud, never actually tunneling into the ground site directly. One site firewall, one network entry point, increased security.

If the space community is to encourage new ideas and capital investment, we must simplify the satellite and ground system interfaces. Both satellite manufacturers and ground system providers need to move towards more universal systems and standards. Without them, the industry will continue to build elegant and beautiful one-off solutions that do not scale well. It wasn’t until Software as a Service (SaaS) took off that the internet revolution was fully realized. The space industry needs its own Software as a Service revolution for ground systems to propel us towards a future with ubiquitous space access and, ultimately, being the multi-planetary species we dreamed of as kids.

Author Brad Bode is the CTO and Co-Founder of ATLAS Space Operation.