After massive flooding in an Eurasian country, relief workers seek open roads, allowing them to bring necessary supplies to stranded residents. Amid the chaos of war, a military general redirects a planned convoy to safety. Scientists measure the true levels of coastal erosion, an oilfield worker finds new potential for digging, and a tourist successfully navigates to a hotel in an unfamiliar city. Every day, satellite imagery plays a significant role in the decisions — both small and large — that make a difference in our lives.

This year marked some of the most significant advances in the satellite industry, bringing technology to life in new ways and to a broader audience. Japan’s SELENE satellite gave us stunning images of the lunar landscape as it concluded its mission this June, and South Korea attempted its first satellite launch from its own territory. In the commercial segment of the market, DigitalGlobe is also set to make history this year with the October launch of its second next-generation class satellite, WorldView-2, the first with combined high resolution and eight-band multispectral capabilities. 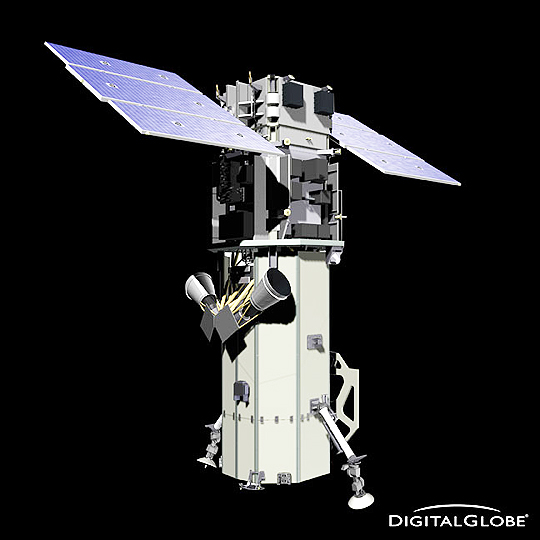 The DigitalGlobe WorldView-2 satellite introduces the next generation of geospatial information, adding to what is already the world’s most complete and current resource of high-quality world imagery. The satellite will be the third component in DigitalGlobe’s constellation of high-resolution digital imaging satellites, and it represents a significant step forward for the industry. WorldView-2 features advanced agility and accuracy, state-of-the-art collection capacity, and eight-band multispectral capability. Its addition, the company’s sophisticated constellation will offer an unprecedented stream of new images every day, enhancing DigitalGlobe’s ability to rapidly collect and disseminate up-to-date imagery through its world imagery solutions. 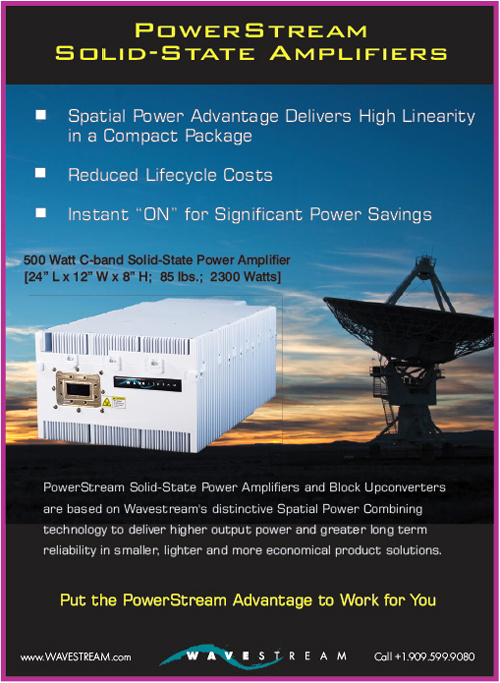 Improved Intelligence + Smarter Business Decisions
We live in a society that expects access to timely and accurate information. Viewing up-to-date imagery alongside historical benchmarks has a discernable impact on real-time decision making. On a battlefield for example, it is imperative to understand the whereabouts of supply routes, bridges, and safe-harbor locations — such as schools, churches, and hospitals — but taking the necessary time to confirm the true ground status can delay field decisions or require more dangerous and costly verification of the location of potential weapon caches or enemy forces. Today’s satellite imagery advancements ensure that troops have the intelligence they need to make the best decisions possible in real time, as events on the ground unfold.

For relief workers in the aftermath of natural or man-made disasters, access to detailed imagery in the days surrounding the event can mean life or death for those awaiting evacuation, relief supplies, or rescue. The smallest delay can have a tremendous impact on human life and recovery efforts. The accessibility and delivery of current and historical imagery can accelerate relief efforts by determining the safest and fastest routes for supplies and rescue, pinpointing safe harbor locations, and identifying potential roadblocks that could cause life-threatening delays.

In the business world, imagery may not always save lives, but it does aid organizations and individuals in corporate decision-making support, asset management, and GPS navigation. In fact, major consumer mapping sites have already realized the benefits that satellite imagery providers like DigitalGlobe have to offer, leveraging the technology to share and deliver image-based maps and applications to millions of users with a single click. 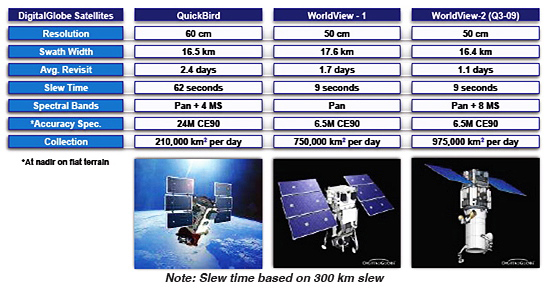 With the launch of WorldView-2, DigitalGlobe will continue its leadership by bringing the world’s first commercial high-resolution eight-band multispectral products to market and by making an unprecedented amount of new imagery available to expert and lay users. The combination of large, seamlessly collected countries, states, and counties imaged in higher level of detail than traditional four-band satellites, combined with the sheer amount of daily new image collections, make for a formidable new offering from DigitalGlobe.

A powerful constellation of agile, high-resolution satellites provides three options to collect points on the globe on a given day, or multiple points of interest within a defined area, such as the disparate Olympic arenas in Beijing The additional band capabilities of WorldView-2 will also provide end users with the enhanced ability to track landscape changes down to the species levels of trees and plants, map the ocean floor, and identify and extract more features from the earth’s surface with much higher degrees of confidence than were previously possible. 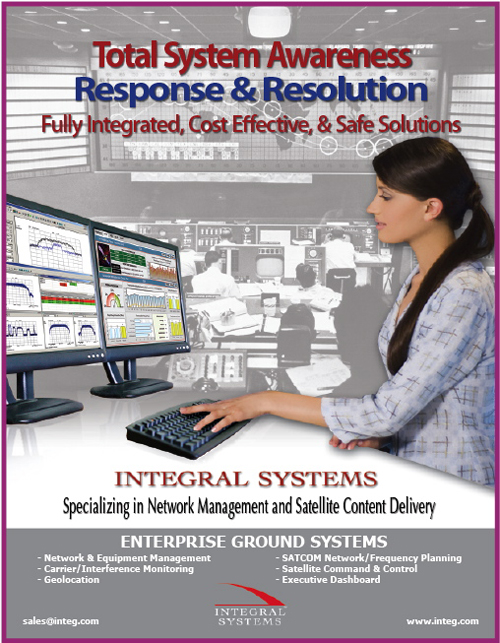 Better Accuracy
WorldView-2’s advanced geopositional technology allows for significant improvements in accuracy. The current accuracy specifications for an image acquired at nadir have been tightened to 6.5m CE90 without ground control. WorldView-class satellites record measured accuracy for a nadir image at a remarkable 4.1m CE90 without ground control and achieve sub-meter CE90 with ground control. These levels of accuracy provide detailed imagery for precise map creation, change detection, and in-depth imagery analysis without additional processing required by the user. Removing the need for further processing can mean the difference between immediate or delayed access to high-resolution imagery for end-users—a critical difference for professionals making real-time, location-based decisions as events occur.

The benefits of the new multispectral bands are particularly useful for those monitoring land and aquatic environmental change. For instance, scientists studying coastline erosion will have a clearer picture of the areas they are monitoring than with four bands, allowing them to notice subtle differences and changes in greater detail: The four new spectral bands (coastal blue, yellow edge, red edge, and near infrared 2) enable broader ranges of classifications, enhanced vegetation and coastal analysis, the extraction of more features, and the identification and tracking of coastal changes and infractions. Additionally, the new red edge (the first in the commercial industry) and yellow edge spectral bands deliver more granular field classifications, improve the understanding of vegetation analysis, and provide early warning capabilities to industries that interact with the environment. The new coastal blue spectral band will enhance bathymetry studies for sea floors, coastal plains and waterways, discriminate features of the shallow ocean floor more accurately, and increase the scope of coastal remote-sensing applications, improving the safety of marine navigation and providing important insight into the ever-changing marine environment.

Further, mapping experts can use the additional bands to pinpoint more points of interest and create more diverse and interesting navigation applications.

WorldView-2 is among the first commercial satellites to have control moment gyroscopes (CMGs), a high-performance technology that provides acceleration up to 10 times that of other attitude-control actuators and improves both maneuvering and targeting capability. 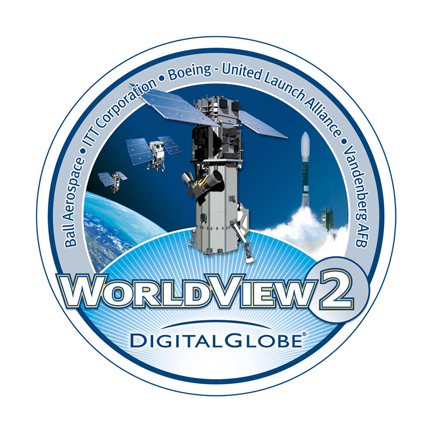 With the CMGs, slew time is reduced from more than 60 seconds to just nine seconds to cover 300km, allowing WorldView-2 to swing rapidly and precisely from one target to another in a single pass. Its sister satellite, WorldView-1, demonstrated WorldView-class agility by collecting eleven separate images of the Beijing 2008 Olympic stadiums in one pass.

When a more up-to-date source of world images is available, the potential uses increase, as more knowledge and insight can be extracted and imported into the daily location decisions and plans of organizations. Additionally, more predictability and more proof that images reflect the most accurate ground truth, discern more features, and tack more changes increase an end-user’s ability to make location-based decisions. Automating world imagery changes and extruding relevant sets of information are the next steps toward increasing the ubiquity of world imagery in business and social applications.

What’s Next?
As the satellite imaging market continues to grow, new applications will emerge and companies will continue to offer more sophisticated collection and monitoring capabilities. As a pioneer in the industry and a leading provider of commercial high-resolution imagery, DigitalGlobe will continue to innovate and excel in its development of highly accurate, easily accessible, and comprehensive world imagery. With the support of WorldView-2, users will be able to tap satellite imagery to address all of their location-based concerns—whether ensuring the safety of flood victims or just finding their way to the nearest Starbucks.