Mobile telephony has been in existence for more than 40 years—the first generation (1G) developed in the 1970s was based on analog standards, including Advanced Mobile Phone System (AMPS) and Nordic Mobile Telephone (NMT). 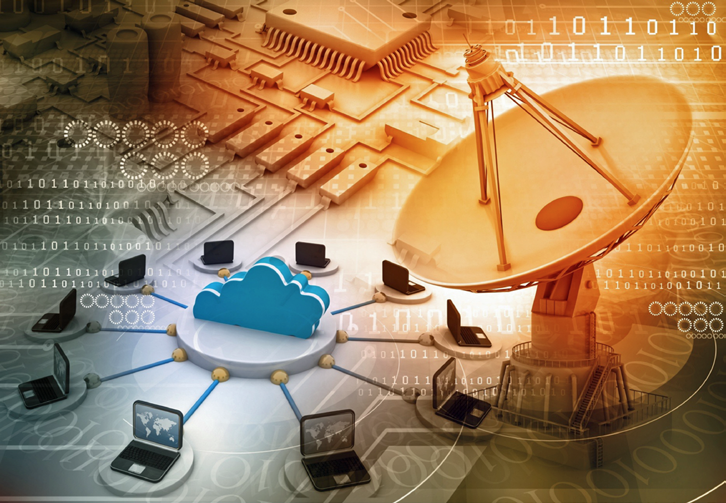 In the early 1980s, standardization of a second generation (2G) digital circuit switched mobile telephone system based on the Global System for Mobile Communications (GSM) standard began. The first GSM-based voice call was made in 1991.

With the advent of the Internet, the International Telecommunications Union (ITU) set out to standardize a third generation (3G) mobile service under something called the IMT-2000 specification. 3G standards are required to meet the technical requirements of IMT-2000 for speed and reliability.

The most common 3G standard today is called Universal Mobile Telecommunications System (UMTS) and is based on re-using most of the core network elements of GSM while introducing a new radio interface based on Wideband Code Division Multiple Access (WCDMA). The first UMTS network was launched in Japan by NTT DoCoMo in 2001. 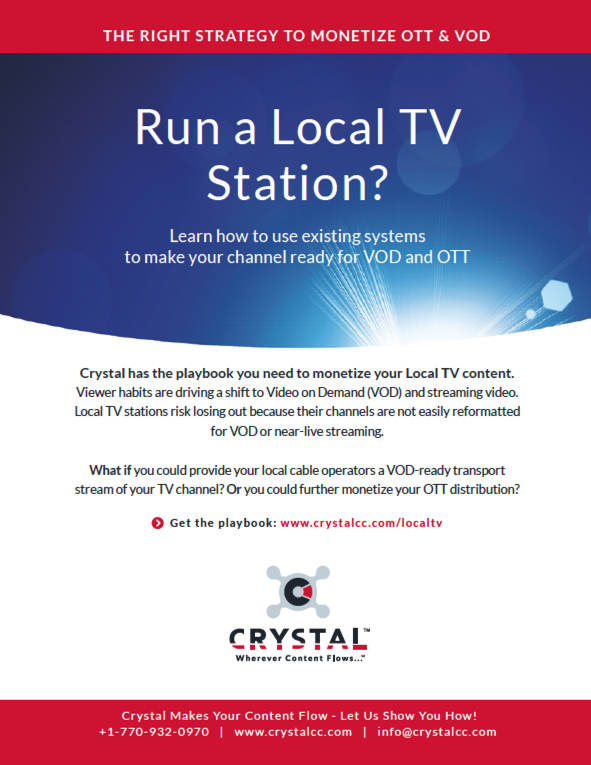 Since then, the standard has evolved and introduced additional functionality primarily enabling higher data rate services also known as High Speed Packet Access (HSPA). The WCDMA standard has been a big success and is set to overtake 2G as the largest mobile standard within the next two years.

On request by Mobile Network Operators (MNOs) wanting to recover significant investments made in 2G during the 1990s, UMTS is re-using many core network nodes from the GSM standard; the 3G standard share the same hierarchical architecture as shown in Figure 2 on the following page.

As mentioned above, 3G and 2G have a lot of nodes in the Core Network in common. The two standards also share a common design philosophy to keep most of the network intelligence and management centralized to a few key nodes rather than distributing it out to the edge as in a flatter network architecture like 4G LTE.

The RNC plays a very important role in the UMTS Radio Access Network (UTRAN) as it is responsible for controlling all the NodeBs and UEs connected to it. The RNC carries out the radio link management setting up the Radio Access Bearers (RAB) used to connect UEs over the air interface, as well as performing Radio Link Supervision, Power Control, Encryption, Cell synchronization and other key tasks all aimed at using the UTRAN and the limited radio spectrum resources available as efficiently as possible.

This is by no means an easy feat and the standard governing the IuB interface between the NodeB and RNC is called TS 25.433 and is no less than 1,378 pages long.

When the IuB interface was first drafted, it was decided that transmission delay between a NodeB and RNC should be kept to less than 30 ms. Among other things, this was to ensure that key protocols like Radio Link Control (RLC) and Media Access Control (MAC) from the UE would arrive over the radio interface via the NodeB and be managed at the RNC in timely and precise manner to make the best use of the limited spectrum resources in the UTRAN.

Needless to say, no one from the satellite industry was present during that meeting. As the UMTS standard has evolved over time and new RABs supporting even higher modulations and data rates have been introduced, the requirements on the RLC and MAC layer has increased even further.

The constant quest to achieve higher and higher data rates and a more efficient use of spectrum makes a stable, error and jitter free IuB connection between a NodeB and RNC even more important. 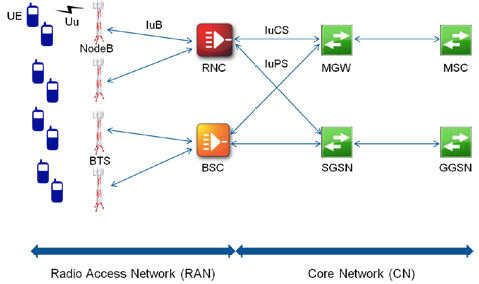 Where does that leave satellite backhaul when used in 3G? Well, all the major UTRAN vendors have been able to implement proprietary adaptations to their respective IuB interface that goes beyond the limits set by the IuB standard and can now support most 3G services also when used together with satellite backhaul.

However, it has come at the cost of less efficient resource management and an increase in synchronization/framing errors on RLC/MAC layer compared to when using terrestrial transmission. This causes re-transmissions to occur more frequently between NodeB and RNC as the UTRAN tries to interpret the information from the UE.

This can, in a long delay backhaul scenario such as when using satellite, make up a significant part of the available backhaul. Furthermore re-transmissions on the RLC/MAC layer has an adverse effect on applications further up in the protocol stack running TCP, which can cause even more re-transmissions to occur. 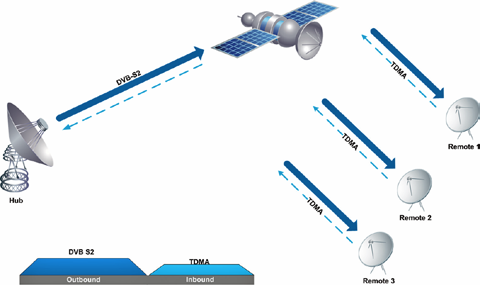 This almost perfect storm of issues occurring in the IuB protocol stack is especially common in a shared resource backhaul scenario, like in a Time Division Multiple Access (TDMA) environment where bandwidth is on-demand and delay and jitter is far greater than in a Single Channel per Carrier (SCPC) environment. TDMA systems offer a shared outbound channel received by all remotes and bandwidth on demand on shared aggregate return carriers. The key drawback of TDMA in a 3G backhaul scenario is that with a TDMA access scheme comes significant delay and jitter on the return link.

Because of this, measurements from a major 3G vendor have shown that over 30 percent of allocated bandwidth on the IuB interface has to be reserved for re-transmissions in a TDMA networking environment to make sure all the functions of the UTRAN operate properly and the end user performance is acceptable. 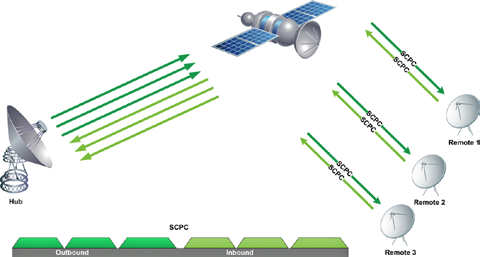 Figure 4: SCPC Access Method.
Each remote requires its own fixed space segment -> Bandwidth is sometimes under utilized because space segment is designed for peak period

This, of course, has a major impact on the margins a Mobile Network Operator can achieve from providing 3G services as a significant portion of the bandwidth used over a TDMA satellite link will have to be reserved for re-transmissions, which does not generate any revenue.

Methods For Increasing Revenue & Quality Of Experience
Comtech EF Data understands this challenge well. We have thousands of Mbps of IuB backhaul in service that are low in both jitter and delay, and exhibit significantly less of the issues described above and introduced by the use of TDMA-based backhaul. Two primary solutions for IuB backhaul are offered by the company.

An SCPC point-to-point system offers dedicated bandwidth channels to each individual remote with guaranteed bandwidth. Jitter, delay and IP overhead are kept at minimums, and this topology lends itself especially well for 3G networks with a high share of symmetrical services like voice and Short Message Service (SMS).

Comtech EF Data’s Heights Networking Platform offers a shared outbound channel received by all remotes and dynamic SCPC return carriers. This architecture brings out the best of SCPC while supporting dynamic bandwidth in both directions. 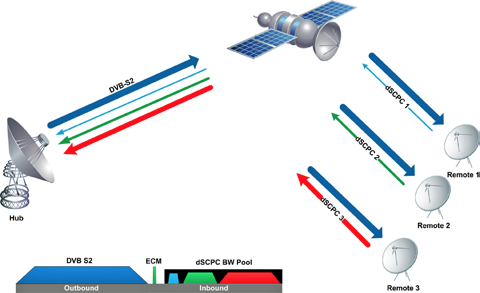 Figure 5: dSCPC Access Method.
Each remote has all the benefits of SCPC (Advanced Modulations & FECs, Header and Payload Compression and Bi-Directional ACM) while supporting changes in bandwidth demand -> the best solution for 3G backhaul.

Jitter and latency are still kept at a minimum while supporting a wide range of modulation and coding schemes plus Adaptive Coding and Modulation (ACM) in both directions. This topology lends itself particularly well for Mobile Network Operators with a high degree of 3G data traffic and changing bandwidth requirements.

Even without considering greater efficiency in terms of header and payload compression, as well as RF performance and packet per second capabilities, both Comtech EF Data solutions for 3G backhaul over satellite deliver more value per Mbps than TDMA. With SCPC’s low jitter and latency and with everything else equal, 3G performance can be significantly improved compared to a TDMA system.

Applications function better with less retransmissions, which improves Quality of Experience for end users and translates into higher usage. Additionally, more revenue-generating traffic can traverse the network in a given Mbps, increasing margins and revenue for Mobile Network Operators.

The result is a win-win for everyone involved.
www.comtechefdata.com

A mobile network backhaul veteran, Swardh’s background includes strategic and operational positions at Ericsson with business development, partnership management and strategy execution responsibilities. He holds both a Bachelor of Science degree in Mechanical Engineering and a Bachelor of Business degree in Administration and Logistics from Vaxjo University in Sweden.