Taking stock of where the industry currently stands is important and to acknowledge where the organization is having a positive effect on the issue of interference. 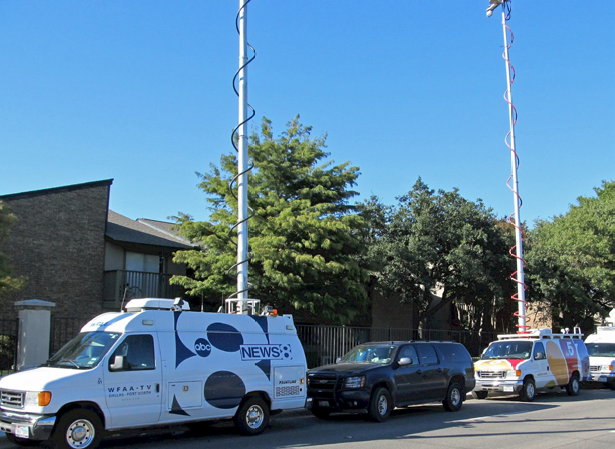 However, interference is the problem that simply won’t just go away unless the fix is in. This is particularly true for broadcasters, as interference effects the user experience as well as the generation of revenue. Users expect efficiency and reliability from satellite — ignoring the problem only compounds it further, which, in turn, damages the reputation of the industry.

There are some who might claim incidences of interference happen so rarely that this does not warrant industry attention. This is undoubtedly not the case and actually points to the challenging work of satellite operators who usually move transmissions to another space to immediately restore service to the user.

In the short term, such moves do ensure continuity, but that will result in vast amounts of unusable spectrum.

Fortunately, and on the back of various initiatives, the IRG has seen many new technology solutions which look promising in terms of solving, or at least lessening, the problem of interference. It’s important that all industry stakeholders make investments into the mitigation of interference, to uphold the validity of satellite itself. Broadcasters need to play a collaborative role in this effort, to ensure that solutions reach their full potential. 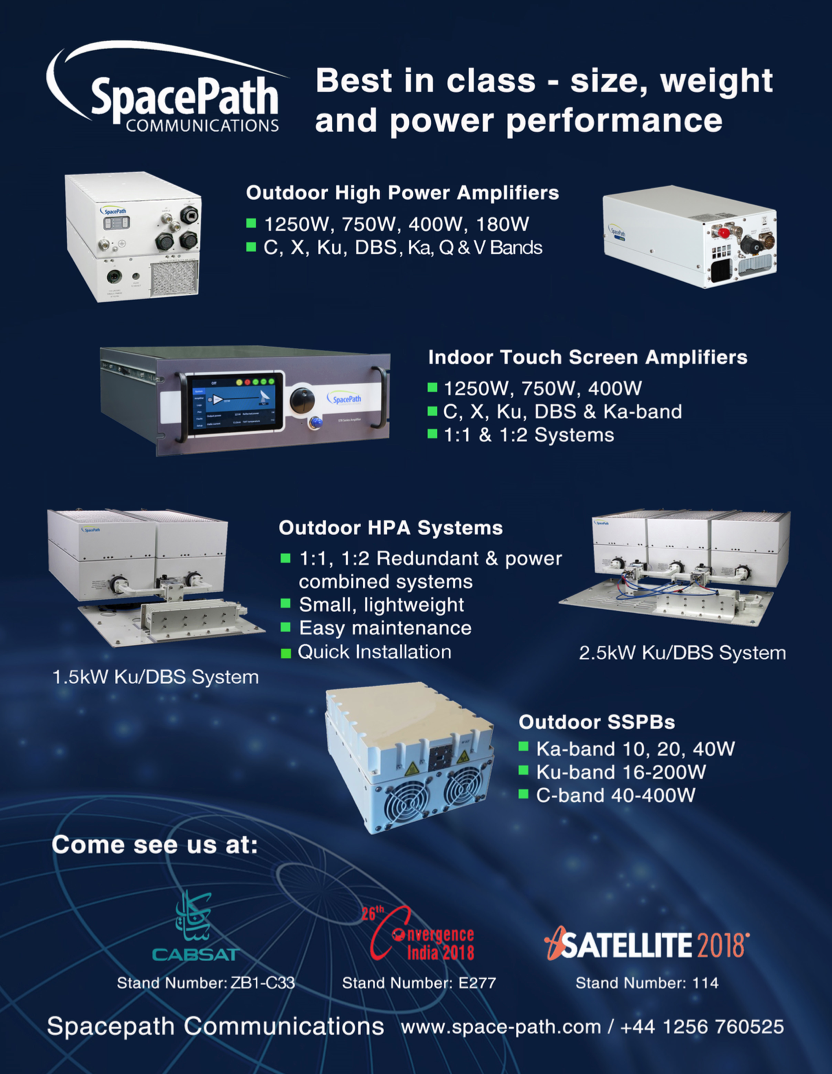 Carrier ID — Is This the Solution All Have Hoped For?
The creation of Carrier ID (CID) was very much the result of the satellite industry attempting to find a solution for broadcasters who were struggling with disruption-causing interference.

In fact, it was the IRG in league with the manufacturers that successfully lobbied the DVB to create a specification and allow CID capabilities to be implemented in all new modems and modulators as standard.

At present, IRG has also encouraged operators to integrate CID detection across networks, but there remains much work to complete when it comes to users replacing legacy equipment and switching Carrier ID on — although CID enabled, most equipment is shipped with the setting turned to ‘off.’

As an embedded code containing contact information, CID enables satellite operators to rapidly and easily identify the source of an interfering carrier.

IRG is now working on a Carrier ID alternative, a “dongle” of some description that simply connects externally to any modulator and caters for all types of services, including those less than 128 Kbits — that should appeal to the military and broadcasters alike. In addition, IRG aims to work with manufacturers to default CID to be turned “ON” when the unit is shipped.

To answer the question in the subhead, that would be a partial “yes,” Carrier ID has been a solution all hoped for, but the take-up is slow. On one hand, in regular cases of interference caused by human error or equipment failure, CID is a quick way of resolving interference. Let’s not forget that most cases of interference are caused by those very reasons. In an instance where interference is affecting a transmission, a simple call is all it takes to alert a user to a problematic carrier and to resolve the issue.

The real by-product of CID is that the technology and methods to detect CID have led to more products being developed to mitigate interference directly, from cancellation to automatic avoidance. This has also led engineers to develop ways to resolve burst-mode VSAT transmission issues quickly.

VSAT Interference — Have New Tools Had the Desired Effect?
The inception of burst-mode networks using Very Small Aperture Terminals (VSATs) was a double-edged sword for broadcasters and certainly presented unique opportunities for Satellite News Gathering (SNG). However, at the same time, the VSATs themselves have contributed to higher occurrences of satellite interference than any other system. Many of IRG’s members over the years have reported endless cases of interference when mobile VSATs are in the area.

Naturally, mobile VSATs are prevalent in all parts of the industry, especially given the growth and size of the networks provided. This now includes Outside Broadcast (OB) trucks which present a significant problem, mainly because the terminal is constantly on the move.

Most cases of VSAT interference stem from misaligned terminals, where the margin for error during setup is small, resulting from human error or manufacturing standards being reduced to keep costs low. For broadcast professionals with minimal training, this combination of underlying issues is quite problematic. 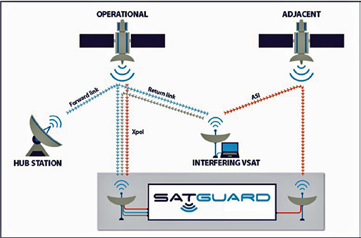 Also true is that in the competitive broadcast industry, consumers have come to demand news and live events as they happen, meaning that reliance on mobile VSAT is inevitable and looks set to only increase. Happily, IRG members have been pioneering methods and products designed to limit the extent of VSAT interference or, in some cases, solve interference all together.

As is often the case with satellite interference, different methods and tactical choices can be implemented in order to limit VSAT interference. One such tactic is to move to circular polarized higher frequency bands, meaning users have no need to manually adjust polarization, thereby reducing one element of human error. Unfortunately, rarely is a solution perfect, and the result of high frequencies is poorer cross-polarization performance. Naturally, a multi-faceted problem needs a multi-solution approach, and this is where the innovative products from IRG members comes to the rescue.

One such product comes from Kratos, called SatGuard (please see the infographic) (www.kratoscomms.com/~/media/communications/pdf/fact%20sheet%20-%20satguard%20-%20real-time%20vsat%20interference%20monitoring.pdf). This interference monitoring system can accurately identify and geolocate an interference-causing VSAT, from decoding its terminal ID, which was developed due to the work done with CID. As a result, SatGuard is one of the first mitigation tools which can effectively and quickly resolve VSAT interference for the broadcaster, and other users.

Another product of note from an IRG member is Satmotion Pocket (product image on the previous page) from Integrasys which has proven to be highly successful at preventing the problem of human-induced VSAT interference before that even occurs. The product does this by assisting non-satellite professionals during the setup procedure to correctly install equipment and to prevent any errors during operation. Uniquely, as a downloadable app, Satmotion Pocket feeds back measurements and error alerts to any mobile device via an easily navigated interface, thereby acting as an effective monitoring tool as well.

Geolocation — Is It Getting Smarter?
Currently, identifying the origin of an interfering carrier could take days, weeks or even months. It also occupies manpower and resources from other revenue-generating activities. One would hope, in most cases, that broadcasters have Carrier ID switched on, but this is not always the case, particularly in the case of a jammer. As a result, many of the mitigation tools conceptualized recently work to either locate sources of interference or lessen the effects of it when such occurs. Geolocation is one of the former.

In the past, Geolocation was an expensive tool, but has come a long way in a short space of time. IRG member Siemens Convergence Creators has even gone as far to develop a Satellite Geolocation Service which now covers practically all of Earth’s inhabited land mass (www.convergence-creators.siemens.com/satellite-geolocation-service.html)

By providing and operating the service, Siemens ensures operators no longer have to invest money into infrastructure and trained personnel to take advantage of this cost-effective solution. The service also boasts localization success rates of more than 60 percent, compared to that of previous localization systems at a hit-rate of around
30 to 40 percent.

With others, such as Zodiac Aerospace (www.zodiacaerospace.com/fr), collecting accurate and reliable ephemeris data, as the technology develops, the industry could see geolocation at sub-kilometer accuracy.

Another organization working tirelessly to improve Geolocation is the Space 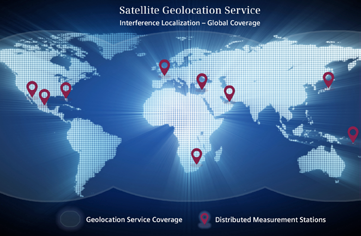 Data Association (http://www.space-data.org/). That organization’s Space Data Center (SDC) 2.0, which is currently in development, will include geolocation solution sets. This will mean that when an operator needs to perform a geolocation, the system will be able to identify the best match for a neighboring satellite to enable them to perform the geolocation. As most operators are unlikely to always have a second satellite nearby, this will drastically reduce the time to identify the interference and to ultimately resolve the interference.

Big Data and Machine Learning — Where Will They Take Us?
As the battle of reducing interference continues for the broadcaster, and indeed for all of the satellite industry’s stakeholders, looking to the newest and most innovative technological advancements is a “must” in order to stay ahead of the problem.

Big Data is a ‘big’ concept, no pun intended. Essentially, for IRG, it involves making effective use of the organization’s own data as well as referencing the vast quantity of data captured from around the world. The correct questions must then be asked to help predict and resolve occurrences of interference more efficiently. Machine learning goes hand-in-hand with Big Data as a method of analyzing data using algorithms to find hidden patterns or solutions.

Consider that for a moment: Mark Liberman calculated the storage requirements for all human speech ever spoken would be 42 zettabytes if all speech was digitized as audio (itre.cis.upenn.edu/~myl/languagelog/archives/000087.html).

If retention of every statistical piece of information within the satellite industry is possible, then Machine Learning can be applied to help predict future incidences and ultimately solve them in the first place.

The satellite industry has long been considered a forerunner of new technologies and IRG has definitively recognized the benefits of Machine Learning as the base technology of future tools. Using Big Data can improve satellite communications as well as ensure data reliability by solving interference.

Win the Battles to Win the War
The satellite industry plays an essential role in many operations within numerous sectors — inevitably, the industry must keep up to remain relevant. To ensure satellite communications are consistently seen as the reliable and efficient choice for broadcasters, then mitigation technologies must be applied. If the problem is ignored, broadcasters might look elsewhere for less expensive, better quality and more reliable options.

By continuing to develop viable solutions, interference can be made a problem of the past, or at least lessened in its effect and increase the industry’s ability to operate in the presence of interference. In the meantime, celebrate the small victories, all the while ensuring current solutions do not stagnate but continue to advance.

Martin Coleman is Executive Director, the Satellite Interference Reduction Group (IRG) and is responsible for spearheading a number of significant initiatives that involve introducing new technology and processes to mitigate all types of satellite interference: VSAT TDMA Systems, BIG Data; a reference guide to Interference; sorting out those Difficult Cases including new standards and processes within the Geolocation industry; assisting the ITU in dealing with Harmful Interference; and implementing Carrier ID (CID). 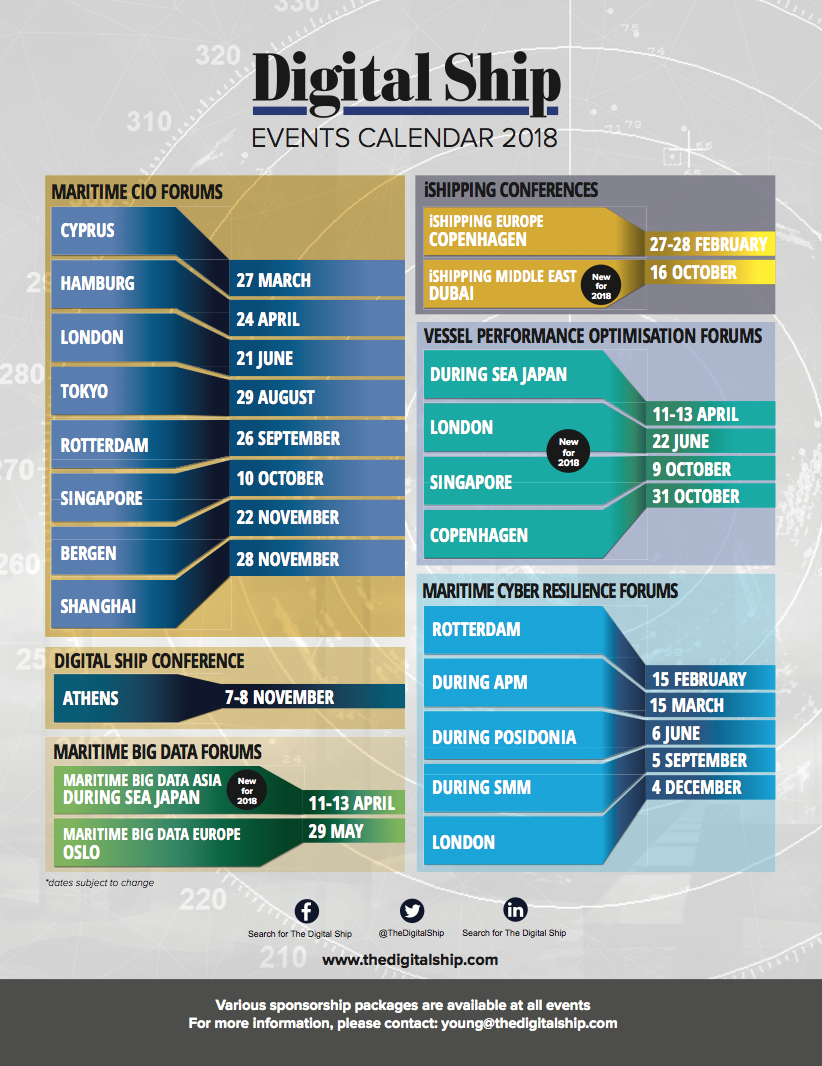