Although High Throughput Satellites (HTS) using spot beam technology began to emerge in commercial satellite communications more than a decade ago, only over the last five years has the market for HTS exploded, with new market entrants such as Avanti and Yahsat launching a fleet of Ka-band HTS to start offering high throughput satellite services—the traditional satellite operators have quickly followed suit and are establishing HTS capacity in orbit to the point where the majority of operators now have, or are planning, HTS launches. 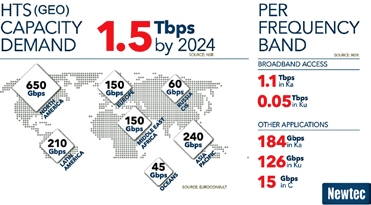 While initial HTS were focused on optimization of the cost per bit delivered, now being observed is that HTS payloads, often in Ku-band, are optimized for flexibility and reliability for a large variety of satellite services and markets.
The growing broadband market has lead a demand for increased capacity, but currently represents three quarters of HTS capacity demand for just a quarter of the service revenues. As a result, higher value verticals are needed to yield better, quicker Return On Investment (ROI) on HTS capacity.

Broadband Leads Capacity Demand
According to studies from NSR and Euroconsult, the market demand for global GEO HTS services will reach 1.5 Tbps by 2024. As far as can be determined, demand is largely present in all regions: North America, as a mature and growing market, is leading but is followed by emerging markets in Asia Pacific, Latin America and Africa.

The majority of the demand is for broadband services, with forecasters predicting that 1.1 Tbps of broadband services will be delivered using Ka-band. Meanwhile, “only” 50 Gbps will make use of Ku-band HTS capacity. Other applications, alongside broadband, represent about 325 Gbps of service capacity demand, distributed over Ku- and Ka-band, but also including some C-band HTS.
Looking further into the distribution of services after broadband, the largest market noted are enterprise services—with 115 Gbps demand—followed by cellular backhaul and government and mobility services, using 76 Gbps to 57 Gbps respectively. The broadcast markets, with 18 Gbps, has lesser demand when used for regional Direct-to-Home (DTH) delivered over spot beams, but HTS also fits well for occasional use services, such as Satellite News Gathering (SNG) and IP SNG. 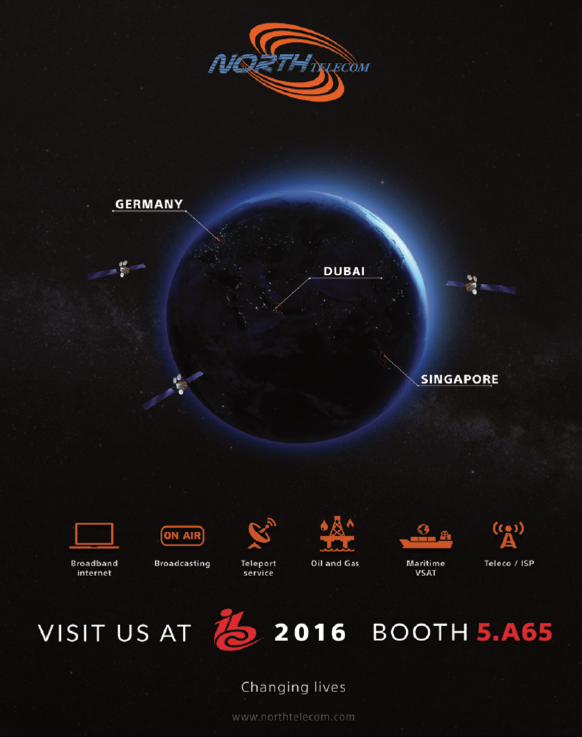 HTS Success Factor = Multi-Service Play
The conclusion is that key for HTS operators will be to address the demands for these various markets and verticals. The broadband demand is large and long term; however, time will be required to gradually grow the customer base. On the other hand, the higher value verticals are a good complement: these markets can yield fast ROI on HTS capacity as such involves less sites but with more bandwidth demand per site.

Such high-value services have a good return in regard to price and margin, but demand may be subject to more fluctuations over time, such as the slowdown today in the demand for Oil & Gas services. Supporting a good mix of customers in different verticals will maximize HTS service revenues and will also limit the business risk, both during initial ramp-up and in the long term, as demand from various verticals may change over time.

VSAT 2.0—What’s Next?
Nexgen VSAT platforms addressing those HTS services will be required to support a wide range of verticals and applications, with unprecedented scale. 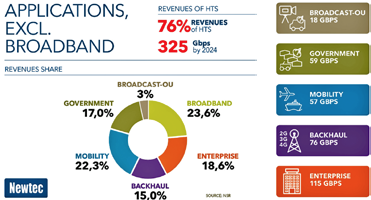 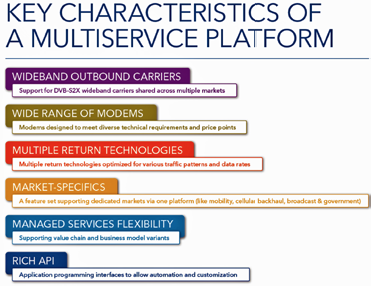 The value chain for HTS-based services is evolving to more managed services, driven by the required economy of scale to roll-out HTS service infrastructure. There has been much debate over the effectiveness of the so-called “closed” and “open” business models—meanwhile the industry has been adopting business model innovations that enable various players in the satellite services value chain to focus on their own strategy and strengths.

Satellite operators will more and more deliver a managed service (wholesale) to the service provider, which will be operating as a Virtual Network Operator (VNO). Using the elaborate VNO capabilities of the platform, service providers will be able to deliver tailored services according to the end-customer requirements, and still have all tools available to roll-out such services and manage the Mbps capacity and terminals.

LEO constellations will further complement the GEO HTS capacity on orbit. On the ground segment, one of the key technologies to enable commercial success of the LEO satellites, is the availability of cost-effective, electronically steerable Flat-Panel-Antenna’s (FPA) to follow the satellite movement and handover between two satellites.

For GEO satellites, the trend is to introduce new concepts that bring more flexible and software-enabled satellite payloads. Most of today’s HTS have a fixed capacity and footprint allocation. Future HTS will be able to allocate the available capacity according to where demand is located geographically at any given time.

Along the same lines, Newtec is innovating the ground segment so that services can be delivered in an optimal and extremely cost-effective way.

The platform is optimized for the delivery of broadband services and managed services for specialized verticals, such as enterprise, cellular backhaul, mobility, government and broadcast. Dialog® is perfectly suited for offering a range of managed services. These can either be offered directly as managed service profiles for end-users, offered as a service for a group of end-users (e.g., government network), or as wholesale capacity via other service providers. Those service providers will be able to define and sell their own services to end-users without the need for additional CAPEX investment in hub infrastructure based on the elaborate VNO functionality included in Newtec Dialog.

Wideband carrier in DVB-S2X delivers an optimized forward link, while the return link with three supported technologies can make use of the most optimal technology: MF-TDMA, SCPC and Mx-DMA®, the unique return link technology. Together with the new HighResCoding™, Mx-DMA combines the best of MF-TDMA and SCPC, enabling services up to 75Mbps to operate far more efficiently.

As the demand for HTS continues to grow, Newtec will continue developing and applying future-proof technologies that provide the best possible results in terms of performance and efficiency, all the way through the chain from the satellite operator to the end-customer.
www.newtec.eu

Jo De Loor is the Market Director for Multi-service, HTS and Enterprise at Newtec, developing the HTS and enterprise markets and assisting with large project sales as well as sharing his expertise in broadband and VSAT within the Newtec organization.

Jo has almost 20 years of experience in the industry and began his career at Newtec in 1996 with different assignments within the organization. In 2005, he became the systems architect for Newtec’s DVB-RCS system and then moved on to become the product manager and later Product Line Director of the Sat3Play Broadband Platform. Jo holds a bachelor degree in electronics from HTISA-Gent, Belgium. 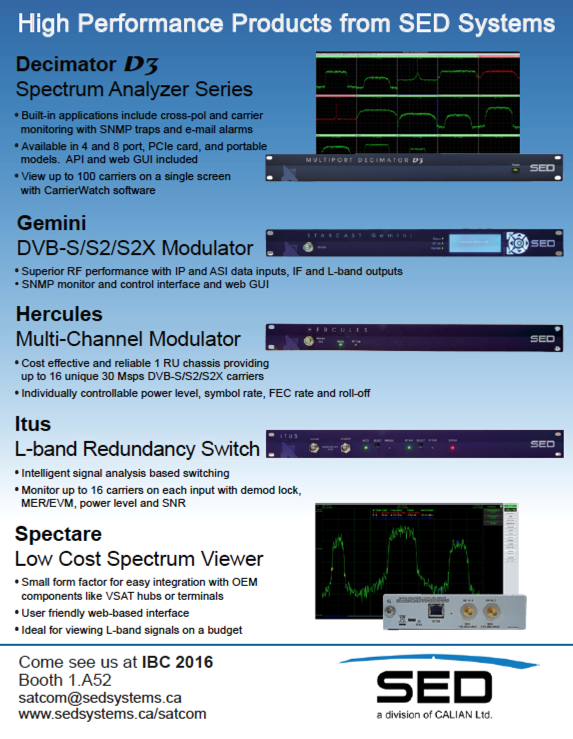