Satellite-based communications systems are poised to provide a revolutionary class of service: low-cost, narrow-band, two-way, ubiquitous connectivity which is often called Satellite IoT. Affordable pricing will attract a broad new consumer base, expanding accessibility from a privileged minority to entire populations. ‘Low-cost’ in this context means total-costs-of-ownership in the range up to, say, $1/month. That is, device costs will match those of terrestrial IoT (a few dollars), and data cost will be pennies per month. 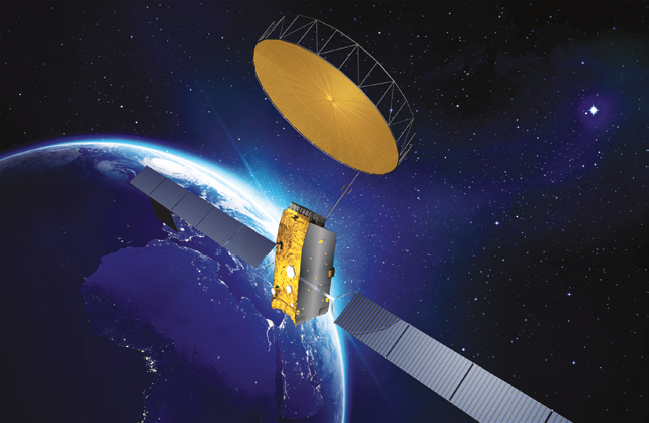 Applications abound as described in the websites of the many contenders for this technology1. Examples include industrial, government, and consumer use cases:

• LEO (Low Earth Orbit) low-cost satellites: This category centers around the use of small LEO satellites, typically Cubesats. Many companies2 are pursuing this approach, with varying configurations in terms of altitude, one-way or two-way transmission, satellite size, frequency band, and means for connecting to gateway stations. 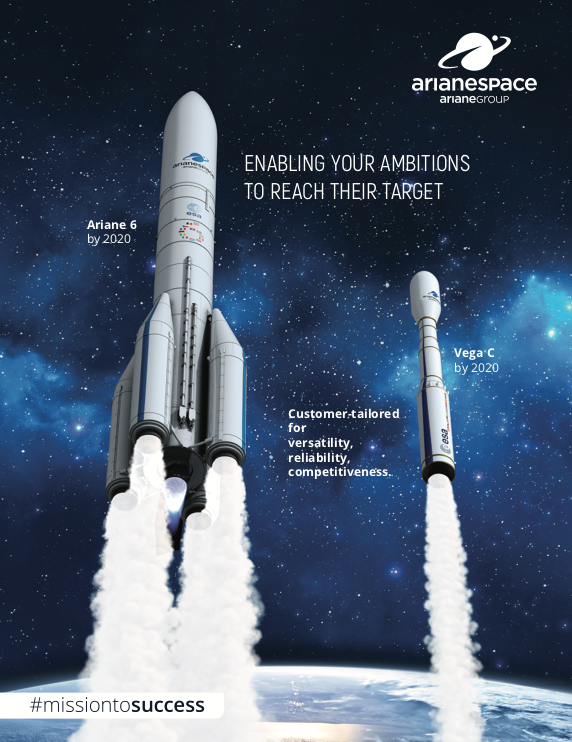 The exception is eSAT Global. Although intuition might suggest that low-cost satellites would lead to low-cost IoT-type connectivity, the numbers tell a different story. Quantitative comparison of LEO vs. GEO performance reveals clear and possibly surprising conclusions, as summarized in the chart shown above. That is, in the key areas of cost-per-bit (in both directions), terminal transmit power, capacity, and spectral efficiency, GEO satellites offer a multiple of around 100x better performance.

While the many issues that drive these estimates vary across the range of applications and satellites, the general conclusion regarding the advantages of GEO remains consistent. This possibly counter-intuitive result arises from a combination of factors. The most significant of these relates to the ability of GEO satellites to direct power and sensitivity to relatively small areas on the Earth’s surface (despite their altitude). Typical GEO MSS spot beams are many times smaller than the beams synthesized by cubesat-class satellites, an advantage that flows to all the metrics shown in Figure 1.

The map in Figure 2 illustrates the concept, where the red LEO satellite beam is much larger than the hexagonal GEO beams. Given a fixed band of spectrum, the same satellite transmission power, and similar modulation and coding, the GEO system could provide the same data throughput in each of the hexagonal smaller beams as the LEO system could in the larger red beam.

In addition to these quantifiable advantages, the following benefits reinforce the position of GEO satellites as the better platform for IoT:

• GEO MSS satellites are already in place. Hence, new constellations of satellites don’t need to be developed, launched, and supported. Capital expenditure and development times are much lower.

• The GEO MSS spectrum is licensed and allocated, so (a) interference is managed and (b) the regulatory framework is set.

• The GEO communications channel is benign, i.e., the modest Doppler frequency shifts are easily tracked. For LEO operation, the complexity and overheads associated with high, rapidly varying Doppler are daunting, especially in the forward link (where the terminals must address the issue in their receivers). Perhaps in consideration of this challenge, several LEO systems only support one-way transmission (terminal-to-network), impacting both their communications reliability and their range of supportable applications.

The continuous presence of the satellite link enables:

a. Efficient service modes, such as Scheduled Transmissions
b. Low latency, as delay is not impacted by gaps between moving LEO satellites
c. Maximized efficiency in the use of satellite resources, i.e., satellites are not idle while passing over areas on the Earth’s surface without service. 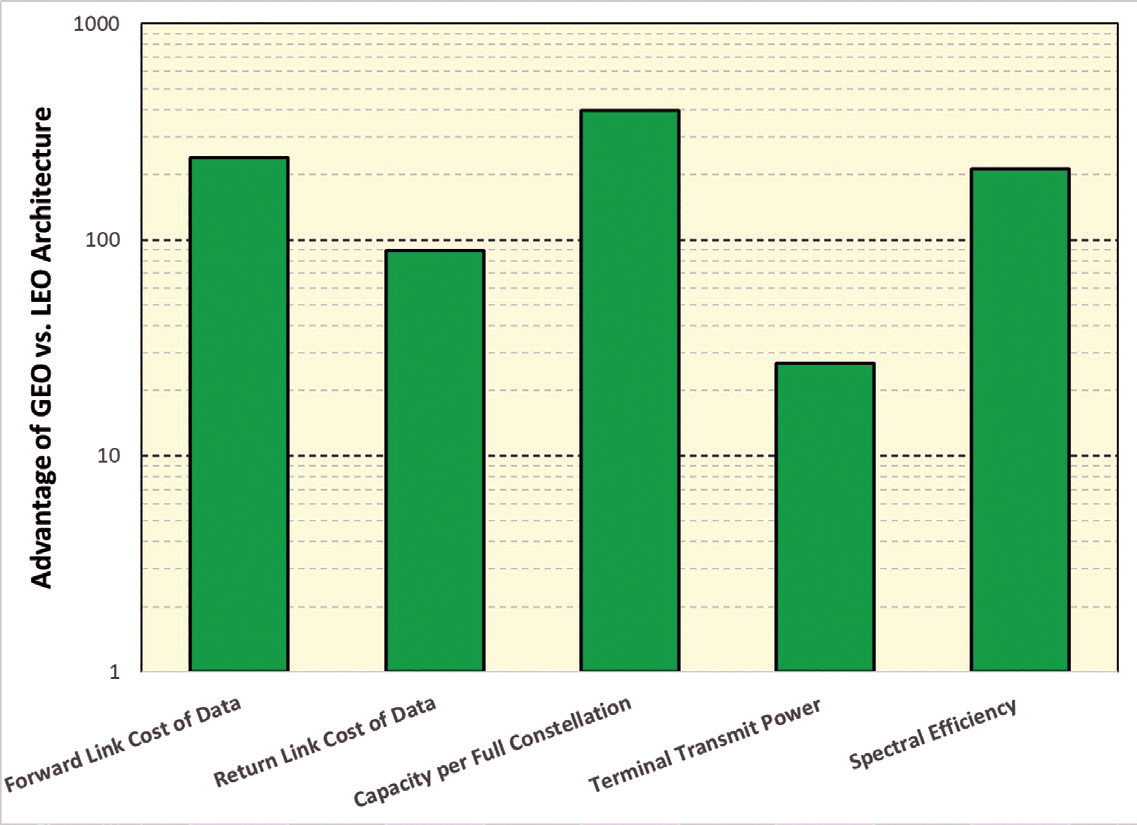 GEO MSS satellite operators can integrate narrowband connectivity with legacy services, improving efficiency in use of their resources. For example, IoT status reporting could be concentrated at the times of day when legacy activity is light.

LEO systems do have at least one advantage: the potential for coverage at the Earth’s poles. With the exception of service in these areas, though, GEO satellite systems consistently provide significant advantages as a platform for Satellite IoT. A detailed report comparing the LEO and GEO alternatives is available from the author.

The eSAT system design is driven by the question, “What is the least-total-cost approach to communicating modest quantities of data to and from remote locations?”. Key elements of the approach can be viewed from the perspective of a terminal. 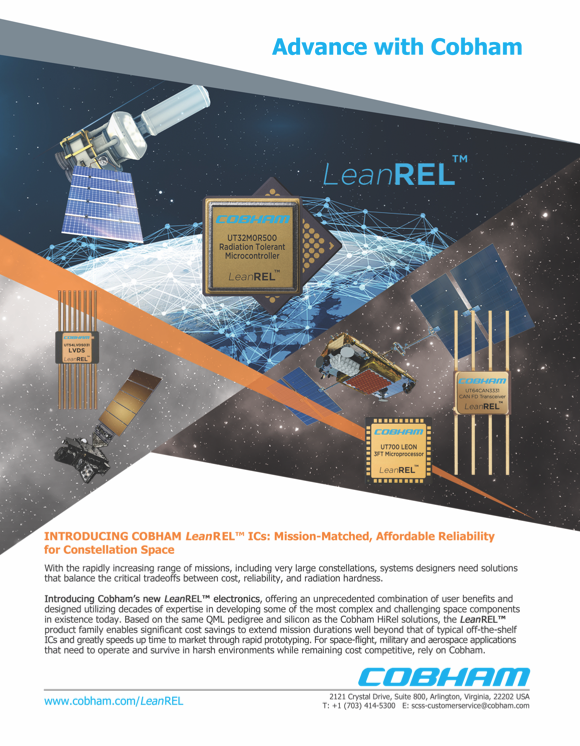 Transmission bit rates vs. terminal power requirements represent a key trade-off. Bit rates should be high enough to support a broad range of applications. For example, asset tracking location reports and meter reading reports (where the number of bits may be in the range from ~100 to ~1,000 bits) would typically have acceptable latency in the order of minutes. Alarms, on the other hand, where information such as an intrusion alert (requiring, say, 10s of information bits) might be better served by delays in the order of 1-2 seconds.

A separate constraint on the minimum bit rate arises due to the physics of the links in the form of phase noise. As bit rates decrease, the period of transmission of each bit increases. As that period increases, the extent of the random variation in the phase of the carrier waveform over that period also increases. Eventually this (uncorrectable) phase variation impacts the performance of the reception of the information, placing a limit on the lowest bit rate.

eSAT Global is grateful for the support of the National Science Foundation enabling evaluation of the impact of phase noise3. This investigation, which included testing through GEO satellites, concludes that the bit rates described in the following are well-matched to transmission through existing GEO satellites.

Suitable transmission power can be derived as follows:

• The bit transmission rate impacts power but not the energy-per-bit. Hence, there is no benefit associated with reducing power below that easily provided by low-cost ASICs.

• RF ASIC energy consumption is impacted by (a) fixed-level, non-transmission-related power (e.g., enabling frequency synthesis and receiver linearity), and (b) the output power sent to the antenna. Therefore, transmission power should not be so low that the non-transmission-related power dominates, and not so high that it requires external amplification. Allowing margin for line losses, etc., Effective Isotropic Radiated Power (EIRPof 10 dBm is readily achievable.

• Modulation and coding should be selected to minimize required transmit energy per information bit, i.e., close to the theoretical limits to performance4.

• Given desired link margin of 15 dB, say, and satellite G/T of 12 dB/K, the bit rate achievable with 10 dBm EIRP is ~20 bps. Note that satellites range in G/T from ~12 dB/K to ~21 dB/K (in their smallest supported beams). Hence, a data rate of 20 bps is suitable for existing and anticipated future satellites.

Burst length is another key design choice. Drivers include typical minimum information quantities, and the total energy required to enable robust acquisition, where these bursts can arrive at any time at the network receiver.

Peak efficiency is achieved when detection can be based on the waveform already in place to support estimation. The transmitted waveform contains a pilot signal that is typically between 3 dB and 4 dB below the traffic signal. 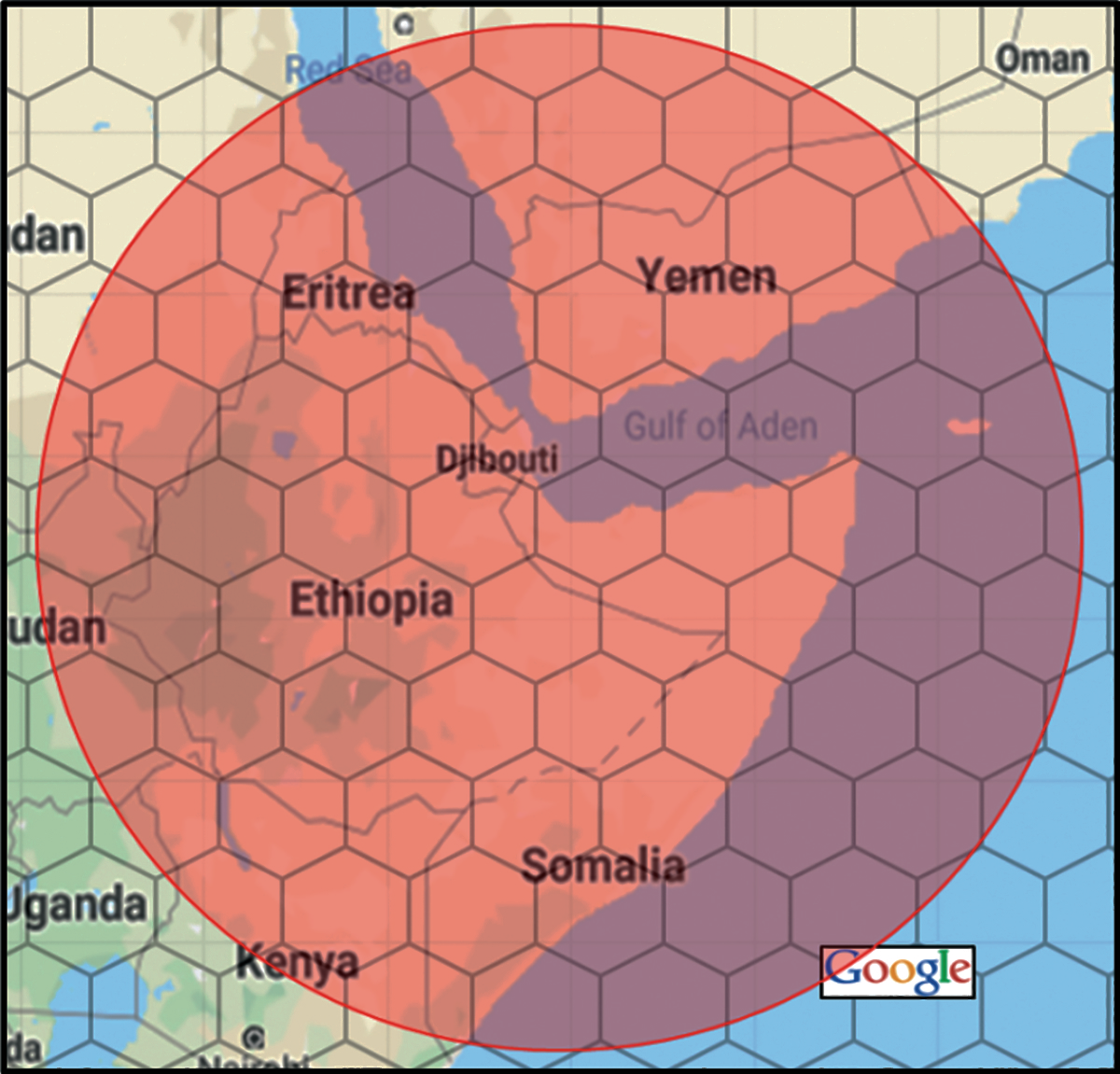 The pilot enables estimation of the time, frequency, and phase of the received samples. The same pilot can be used as the basis for reliable detection of the burst if it contains enough energy. The point at which the waveform will have sufficient energy is when the burst’s length exceeds ~100 information bits. Hence a burst length of 128 bits is used. This length is well matched to transmission of information such as terminal locations (~40 bits) and meter readings (several 10’s of bits).

These key foundations underlie a system that provides a variety of connectivity modes. All modes (other than broadcast) include acknowledgement.

Scheduled Transmissions illustrate efficient communication of small quantities of data. Messages can be sent from terminals with single burst transmissions, zero overhead related to terminal identity, and with robust acknowledgements from the satellite that correspond approximately to transmission of a single bit every 100 messages. The resulting satellite power savings enable operation of around a billion terminals per satellite. The concept of applying GEO satellites to IoT-type applications has generated significant interest among the MSS satellite operators. For example, Inmarsat and eSAT have tested the air interface over real satellite links, confirming both the robustness of the approach and compliance to the anticipated link performance.

In summary, GEO MSS satellites offer a platform for ubiquitous IoT connectivity with:

• Terminals with lower cost, size, weight, and power than both all existing services, and all envisaged LEO systems
• Capacity that greatly exceeds that of LEO systems
• Capital expenditure that is much lower than LEO systems
• Applicability to a broad range of applications at costs below $1/month 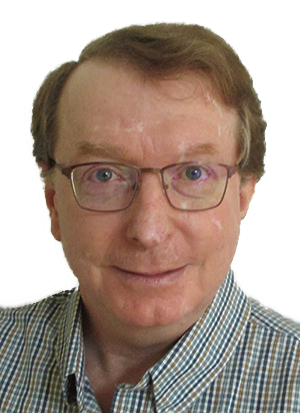 Mike Parr is the CTO at eSAT Global. He has been a system engineer in the satellite industry for more than 30 years — most of that experience has been in the mobile satellite area. His email is michael.parr@esatglobal.com 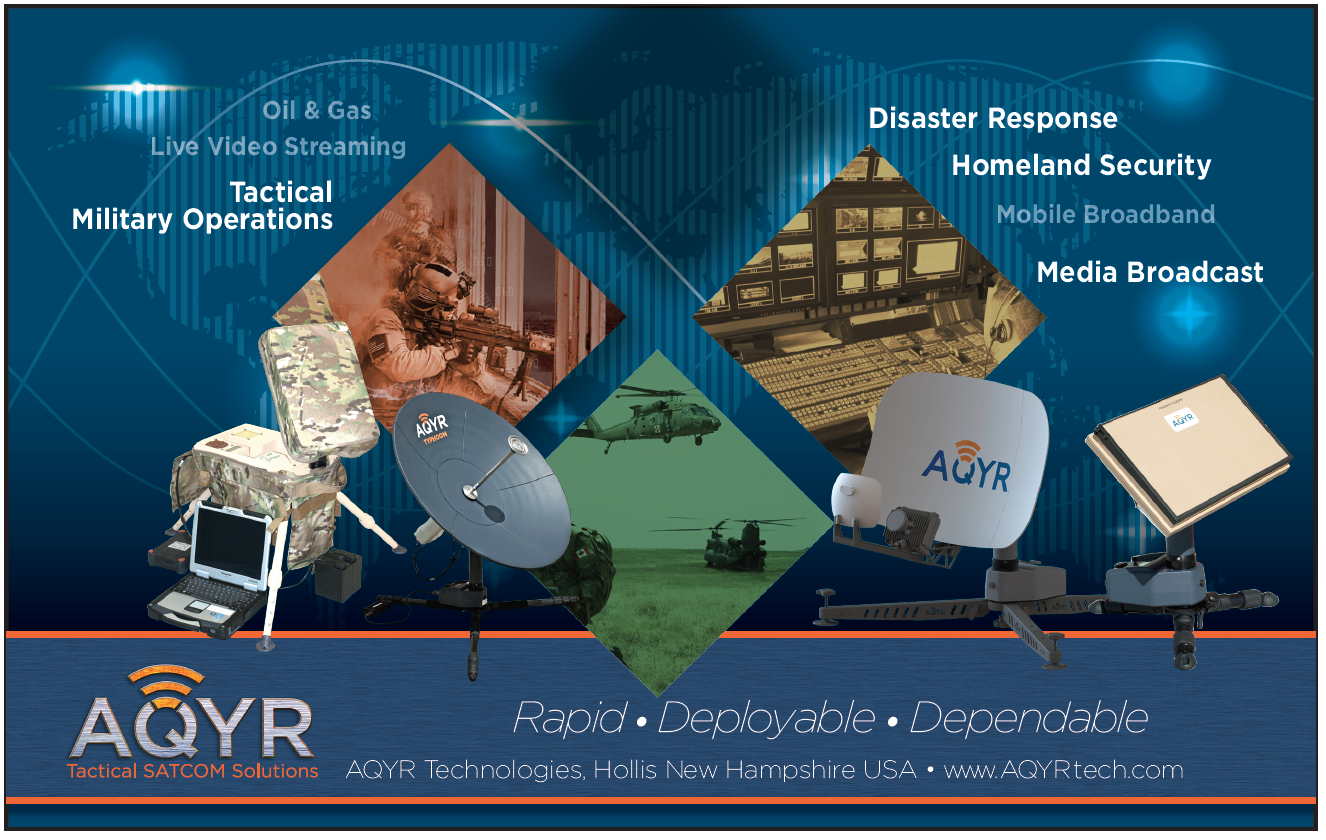