In 1988, a meeting of the World Health Assembly set a mind-boggling goal: to eradicate the ancient scourge of polio.

At the time the goal was set, the polio virus was endemic in 125 countries and about 350,000 people, mostly children, were paralyzed by polio each year.

This was an audacious goal; however, 24 years later, the number of polio cases worldwide had fallen by more than 99 percent, saving more than 10 million children from paralysis.

How To End A Plague
The near-eradication of polio required big public investment in vaccine. Polio is highly infectious, and entire villages and districts had to be vaccinated to stop the chain of transmission.

Stamping polio out meant recruiting and training hundreds of thousands of vaccinators and sending them into the field with millions of doses of vaccine, which had to be kept cold in foam-plastic boxes. The goal was to vaccinate every child in the country several times, with a month or so between each round. 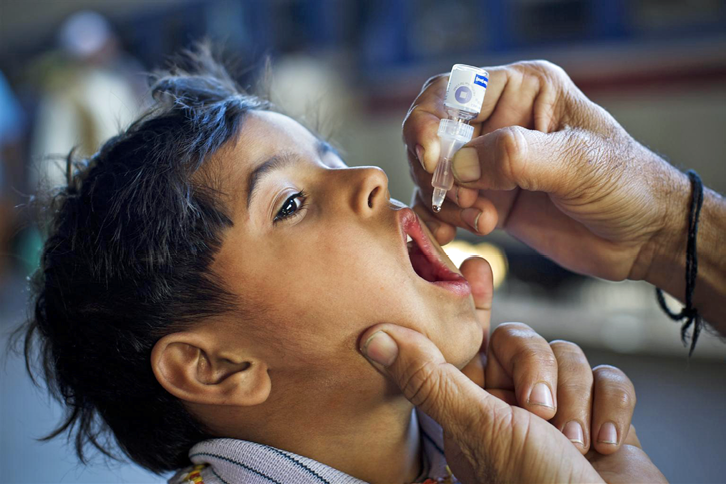 This was an unprecedented effort that allowed India to declare itself polio-free in February of 2012. India was long considered one of the most unlikely places to eradicate polio because of that nation’s high population density, high rates of migration, poor sanitation, and low rates of route immunization. Data-driven planning, well-trained and motivated staff, rigorous monitoring and political will at all levels, that made the difference.

As did satellite technology... according to Bill Gates, whose Gates Foundation is funding the battle against polio in nations around the world, satellite imagery and mobile phones equipped with GPS are instrumental in the fight.

“The Environmental Systems Research Institute (ESRI) creates these incredibly detailed satellite maps for governments,” he said. “They found that there were villages in Nigeria, which has the highest rate of polio resurgence in the world, that have never shown up on any map. No one in the government knew they were there. ESRI can recognize the shape of huts and pathways. They updated the satellite maps and handed out 10,000 GPS-enabled cell phones to polio workers. They could see where the workers were in real-time, and make sure they got to each of the houses.”

Satellite technologies feed into many steps in the process. Space-based imaging is used to update geographical information systems (GIS) that generate maps for the field workers.

Using GIS as a tool, supervisors plan how to deploy their teams in order to cover every village and settlement. Each morning, the teams receive their GPS-equipped phones and start their visits. In the villages, with the help of local guides, they visit health facilities, schools, markets and mosques, where they vaccinate both children and adults.

At the end of the day, the phones are collected for charging, which lets supervisors download their tracking data and match that information to the GIS system. The results are tracks showing where every vaccinator has been, as well as updated map coordinates for important buildings. Every few days, the teams receive summaries of missed or partially-covered settlements that need a return visit.

Winning The Final Prize
As impressive as this effort has been, the battle is not yet won. The 2012 World Health Assembly declared that the complete eradication of polio was “an emergency for global public health.” That is because the disease is making a comeback in nations where civil unrest and war are making it impossible for vaccination programs to function.

This is a battle worth fighting—in addition to the relief of human suffering, experts believe that eradicating polio will generate US$40 to $50 billion in benefits, with most of that money going to low-income countries. Winning that prize is a cause to which the satellite business is proud to contribute.

“The Final Battle to End Polio” is part of SSPI’s Better Satellite World campaign, which educates end-users, policymakers and the next generation on the indispensable contributions of satellite to our world.