All of the new Ka-band satellite systems entering the market have prompted fevered comparisons between the Ku-band platforms—there has been, and continues to be, much debate about which of the two technologies provide better service to customers.

Intelsat has long been a proponent of selecting the correct spectrum for the application—and for some applications, the capabilities of the two spectrum bands are identical. When this is the case, governments and other users seeking to save money on communications systems might shift their focus as to whether or not one system is less expensive to operate than the other.

The latter consideration just mentioned is where Ku-band networks may have a distinct advantage. The first compelling reason is that customers with existing Ku-band terminals will be able to use the same equipment they already possess on the ground as well as on board ships, combat vehicles, and aircraft. Secondly, a recent study found that the new high-power Ku-band satellites, such as the Intelsat spacecraft, will have higher throughput per MHz than the planned Ka-band constellations of other companies.

A Closer Look
A clearer understanding of the differences and similarities between the two spectrum bands will help to illustrate why the Ku-band may, ultimately, have the advantage over its new rival for customer attention. 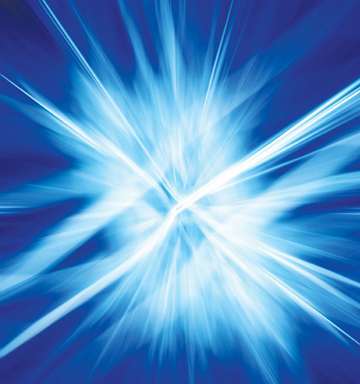 For example, using a single spot beam, if a Ka-band and a Ku-band satellite have equal-sized amplifiers and spot beam size on the Earth, the beam’s power as it leaves the satellite is identical. This is called the Effective Isotropic Radiated Power, or EIRP.

On the ground, if the Ku- and Ka-band receiving Earth stations are the same size, the reflector gain will be greater for a Ka-band signal. This is because the reflector gain of a signal is proportional to the square of the signal’s frequency, a benefit to the higher frequencies of the Ka-band. However, the Ka-band signal has greater path loss than the Ku-band signal as the two transmissions travel from the satellite to Earth. The Ka-band’s path loss is exactly equal to its reflector gain, so the two offset one another. The net result is that, given a constant reflector size, the carrier power level out of the antenna reflector is identical for both Ka and Ku-band.

Those advocating Ka-band satellite capacity point out that the Ka-band beams usually have higher EIRP values than Ku-band to offset the signal-to-noise issue. While this is true, it is due to the fact that the Ka-band beam is more narrowly focused—such means the beam has a smaller coverage area on the ground.  With smaller satellite beams, a satellite operator needs to have multiple beams to cover an identical geographic area that a single, broader Ku-band beam can cover. 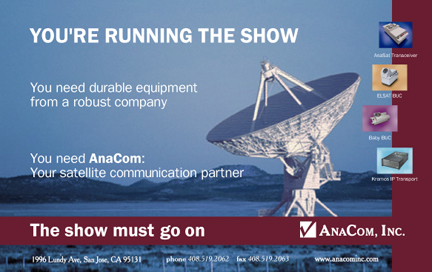 Decisions, Decisions
This introduces a challenge for the customer who may not want to be shifting from one beam to another while operating in a specific region. As the spot beams are side-by-side, they each have to have a different polarization and/or frequency range within the Ka-band to avoid interference with one another. Is this acceptable to the customer? Does such also multiply the amount of capacity the customer needs to buy, depending upon the application?

Multiple spot beams may also create operational issues in mimicking single beam coverage. The same signal needs to be transmitted on several adjacent beams so that an on-the-move user, such as an aircraft or a ship, can pass seamlessly from one beam to another without signal loss. Can this occur automatically, or only by re-transmission from a gateway?  If the latter, this introduces cost and operational into the equation. More importantly, does the beam-to-beam handoff meet all of the customer’s needs?

Another important consideration is whether there is adjacent satellite interference, or ASI. Ku-band satellites typically are spaced only 2 degrees apart from one other. This raises the possibility of interference with neighboring spacecraft that operate on the same frequency band. As Ka-band satellites are spaced further apart, they produce less ASI.

However, a final factor is rain fade. Atmospheric rain, snow or ice will absorb radio frequency signals above 11GHz. A Ka-band signal suffers more degradation than a Ku-band signal.  This is a win for Ku- if there is sufficient rain in the region.

Signal degradation from rain and ASI varies greatly depending on a customer’s specific situation (e.g., satellite and terminal locations)—making broad generalizations about either factor is not a valid exercise.

A recent study validated the hypothetical conclusion that the new, higher-power Ku-band satellites deliver superior performance to certain of the planned high-power Ka-band satellites. The study, High Throughput Ku-band for Aero Applications, analyzes the differences between Ku-and Ka-band and concludes that performance has much more to do with spot beam size than frequency band. 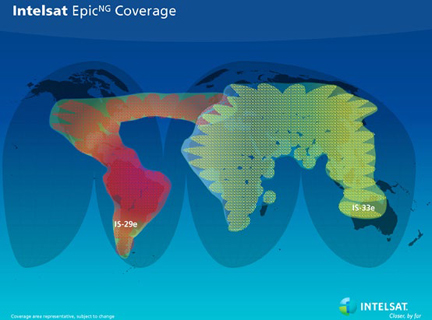 According to the paper, Ku-band is currently the one most used in the aeronautical mobile satellite systems (AMSS) broadband market. The AMSS service is offered to commercial airlines by such providers as Panasonic eXConnect, Row44 and ViaSat Yonder, and to government users by Tachyon, Boeing and others. The satellite bandwidth used on these platforms is leased from fixed satellite service (FSS) providers such as Intelsat and SES. These Ku-band satellites use wide beams with maximum throughputs of approximately 28Mbps on the fastest systems.

The study is entitled High Throughput Ku-band for Aero Applications and was authored by Chris McLain and Sunil Panthi of Panasonic Avionics Corporation and James Hetrick of LinQuest Corporation. Readers may download a PDF containing the study at this direct link.

Correcting Misunderstandings
Satellite operators planning to launch new Ka-band systems state they will deliver substantially greater throughput than current Ku-band offerings, with promised speeds of up to 50Mbps. However, this new study demonstrates that the superior performance of Ka-band is the result of customized satellites and multiple spot beams. According to the study, “A Ku-band satellite using similarly sized spot beams can equal or exceed the performance of Ka-band satellites, and Intelsat’s new EpicNG satellites take advantage of this fact.”

According to the study, a spot beam two degrees wide from the Intelsat-29e satellite will have expected throughput to an aero terminal of 160Mbps on the downlink, compared to a maximum of 84Mbps on Intelsat’s planned Ka-band satellites.

The study notes that existing Ku-band systems were developed primarily for video distribution and widely dispersed VSAT networks. When Direct-To-Home (DTH) Internet services were envisioned a few years ago, most of the Ku-band capacity was already committed—companies had to turn to unused spectrum on the Ka-band to provide services. As these networks were designed for high throughput from the start, Ka-band has gained a reputation for being faster than Ku-band.

However, as the study makes clear, the reason a Ku-band AMSS system can equal or outperform similar Ka-band systems is dependent on spot beam size. Correcting the current misunderstanding of many around the performance characteristics of these frequencies is important. Such can provide an evolution path to greater satellite capacity with current Ku-band satellites, thereby avoiding the need for expensive changes to terrestrial hardware and other infrastructure. 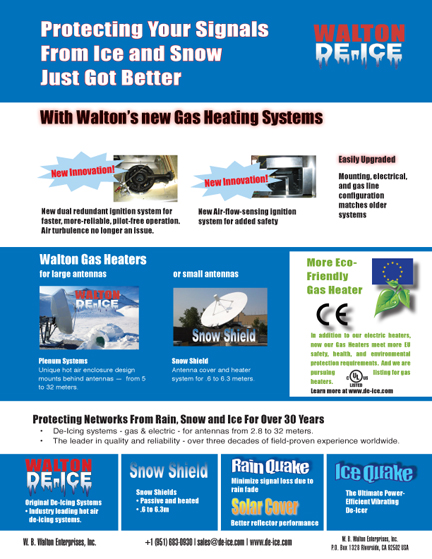