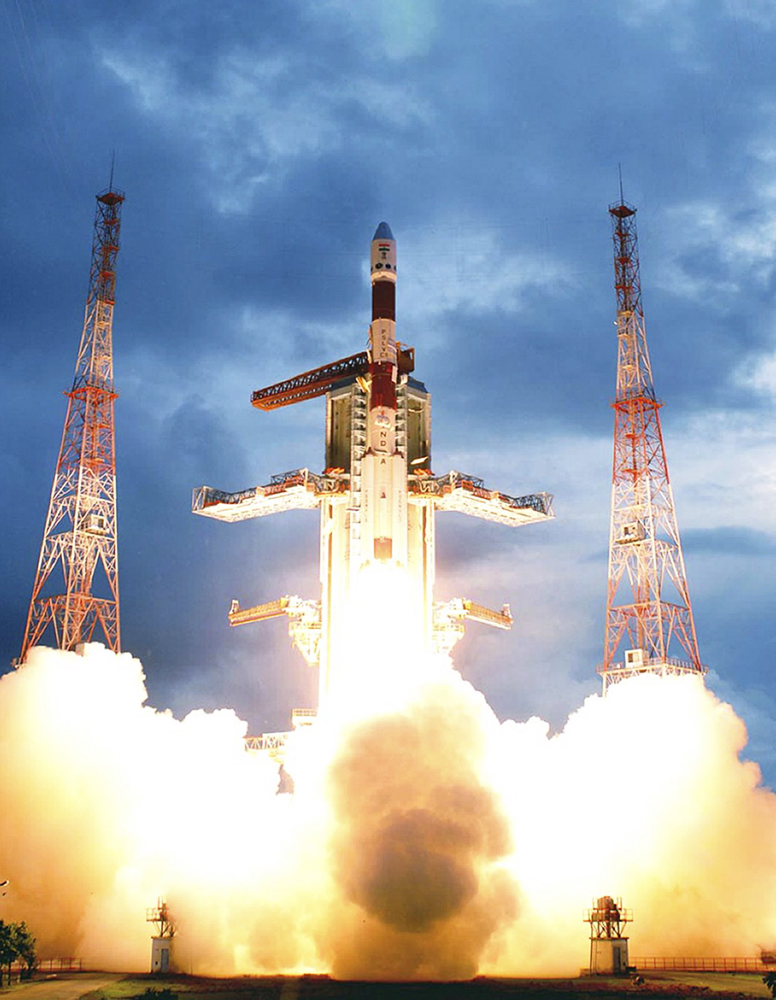 What does it take to get to space? It’s very simple — lots of money and solid engineering.

Do you recall the Space Race between the Russians and the Americans? The resources dedicated in the 50’s and 60’s for this competition totalled in the billions of each country’s currency. Each nation’s best and brightest engineering talent was drawn to the Space Race like bees to a flower’s nectar. The technology blossomed and grew stronger and more competent over time. Thousands of engineers worked hard, striving for a greater good — a purpose, a mission — to reach the moon. And they did it.

Starting in the mid-70’s, there was money to be made from SATCOM. Video distribution via satellite became the true “killer app.” RCA and Hughes were making money in the U.S. Within 10 years, Europe and Asia joined in the new space race. It was a race to produce profit — and lots of it. The faster you placed a spacecraft into orbit, the faster you made money.

Today, there are 200+ spacecraft in geosynchronous orbit serving every part of the world. Some are premium-priced orbital locations and neighborhoods, some are not. Regardless, a full payload can count revenue of $20 million or more per year — many full-time video contracts have terms of 10-15 years or more.

As spacecraft enter the end of their station-kept lives, they’ll need replacement. The two largest fleets, Intelsat and SES, expect to launch at least 10 spacecraft each over the next three years. Telesat has three spacecraft on-order, and Eutelsat expects to launch four over the next 18 months. Given the need for more spectrum to serve less-developed parts of the globe, demand will surely exceed the supply of available launch windows and launch vehicles.

Satellite operators can turn to a number of manufacturers in the U.S., Europe, Israel, India, and China as capable second-tier vendors. Give the launch market another 10 years, and these options may become even more attractive.

Once built, these spacecraft need to move into orbit. Here’s where it gets complicated. Since the formation of United Launch Alliance (ULA) in December of 2006, the U.S. Air Force has essentially taken the Atlas and Delta launchers off the market. They’ve booked practically the entire manifest, leaving commercial customers to look elsewhere. In 2009, nearly all of the 16 ULA launches were for the U.S. Government.

International Launch Services (ILS), which used to represent Atlas launches, is now focused exclusively on the Proton launcher. A few years ago, the cost of launching via Proton was attractive — until the ULA came along. Prices are now more on-par with Arianespace, the only other viable option for lifting heavy payloads into geosynchronous orbit.

The backlog for Proton launches stands at 23 (as of May 1, 2010). As a launch campaign is typically four weeks in length, one has to figure ILS is booked for two years out. All ILS launches are completed from the Baikonur Cosmodrome in Kazakhstan. 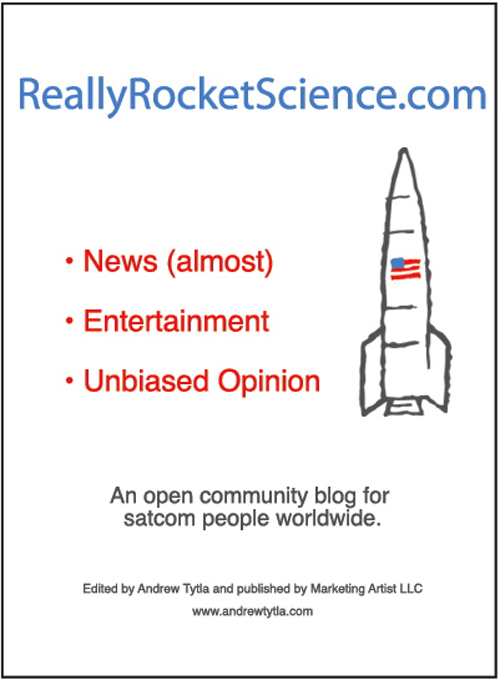 The Ariane 5 launcher is built in Europe by a consortium of 10 European countries, the French space agency CNES and EADS Astrium. Arianespace’s current backlog of launches into geosynchronous orbit stands at 29. At their current pace, they’re booked for three or more years.

Sea Launch, which launches from a converted oil-drilling platform located on the equator 1,500 miles south of Hawaii, filed for bankruptcy protection in June of 2009 and is expected to return to the launch marketplace soon. A catastrophic launch failure in early 2007 did them in, just as they were developing a Land Launch option using the same Zenit rocket that launches out of Baikonur.

Japan’s H-2A rocket, a capable launching system based at the Tanegashima Space Center, has never had more than four launches in any given year. Two launches are planned in 2010, and, so far, only one is scheduled for 2011.

Brazil’s Alcântara Launch Center is probably the one alternate site that had a promising future. A terrible accident in 2003, and ongoing litigation with native peoples in the immediate vicinity, has stifled further development.

The Asia Pacific Space Centre, located on Christmas Island (Australia), is another unfulfilled dream. Announced in 2001, the center never materialized as a launch option as the airport was not upgraded to accommodate Antonov 124 and Boeing 747 freighters for delivering launcher components or spacecraft ready for launch.

What about China? Nobody from the U.S. will touch that as major ITAR issues govern many spacecraft, or their components — don’t expect to see the Western world embrace China’s Long March rocket any time soon.

European spacecraft manufacturers are developing “ITAR-free” builds, but that’s bound to annoy many companies.
That leaves us with probably the most promising option: the Indian Space Research Organization (ISRO). The GSLV launcher has proven its capability, but it lacked a reliable upper stage.

The most efficient upper stages today use cryogenic engines. Cryogenic technology involves the use of propellants at extremely low temperatures. Liquid oxygen, combined with liquid hydrogen, offers high energy-efficiency for rocket engines in need of huge amounts of thrust. But oxygen remains a liquid only at temperatures below minus 183 degrees Celsius and hydrogen at below minus 253 degrees Celsius. Building a rocket stage with an engine that runs on such propellants means overcoming a number of engineering challenges. The ISRO was denied access to buying the best available technology, but eventually found a supplier in Russia.

That deal, alas, ended prematurely as sanctions were imposed on India for violating the Missile Technology Control Regime in 1992. With no other options at its disposal, the ISRO decided to develop their own cryogenic technology, thinking such would take approximately 10 years to develop. Instead, the project required more than 16 years. The ISRO worked with Godrej and MTAR Technologies, who produced the cryogenic engine as a consortium. 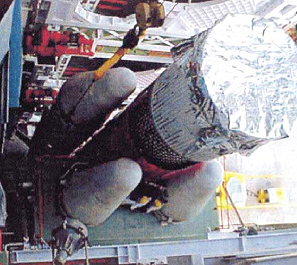 The U.S. was first to use a cryogenic engine in 1963, followed by Japan in 1977, France in 1979, China in 1984, and Russia in 1987. Adding India to the space elite hinged on the launch of the GSLV-D3 in April, 2010. Unfortunately, the launch from the Satish Dhawan Space Centre was of limited success. The first stage fired perfectly, and the second stage burned as planned. The ISRO confirmed the indigenous cryogenic engine ignited, but then telemetry data indicated the launch vehicle was tumbling and subsequently all contact was lost.

A failure review board has been formed, led by S. Ramakrishnan, ISRO’s Director (Projects) at Thiruvananthapuram-based Vikram Sarabhai Space Centre. Their report is due in time for CommunicAsia in June, where Arianespace CEO Jean-Yves Le Gall will be spotlighted on Day Two. Had the launch been successful, the GSLV-D3 would have made ISRO fully self-reliant in launching heavier communication satellites (4,500 to 5,000 kg). A successful launch would have enhanced India’s capability to be a truly competitive player in the multimillion dollar commercial launch market.

Dan Goldberg, CEO of Telesat, is a leader who has found ISRO “extremely capable” and would welcome the possibility of working toward the day when launches could occur from Sriharikota. With comments like those coming from an innovator such as Telesat, such carries a lot of weight. And that’s just was the GSLV needs to do — carry a lot of weight into its assigned orbital slot. Expect the ISRO to continue their good works as they do all in their power to join in as a member of the prime launch market. 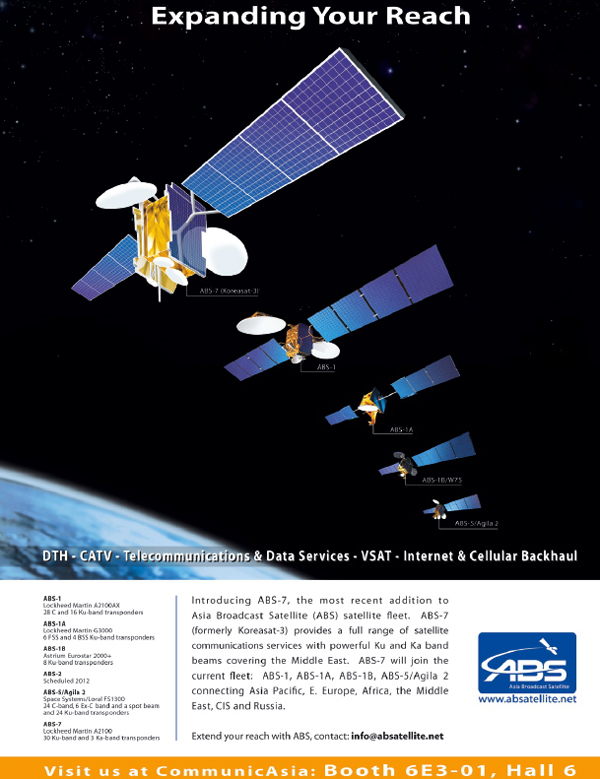