As Web Industries’ Business Development Manager for Thermal Insulation, Lee Smith introduces leaders in the medical and space fields to the advantages of automated production for thermal insulation materials and how they can successfully co-source their MLI blankets. Smith’s industry experience with cryogenics materials includes tenure as program manager for a NASA SBIR stage I & II. The mission addressed the development of a film/fabric laminate which could be fabricated into balloons used as a platform for automated sensing on the Saturn moon, Titan. Titan is covered with a sea of methane which has a temperature of minus 179 C and is considered a perfect lab for observing a primordial Earth. He holds a Bachelor of Arts in Chemistry from Rutgers University.

Mr. Smith, would you please tell us how you came to Web Industries?

Lee Smith (LS)
About four years ago, Web Industries committed to supporting the growing space sector by providing space and satellite companies with the design and production of multi-layer insulation [MLI] materials and blankets.

At the time, I was working for a supplier of specialty films used in space and cryogenic applications and had developed a close business relationship with Web. My sales background and space-related expertise seemed a good match with Web’s new MLI initiative. I subsequently joined the company and was soon asked to take over sales responsibilities for Web’s multi-layer insulation product line.

When did Web Industries decide to enter the aerospace market and to then add a focus on satellites? 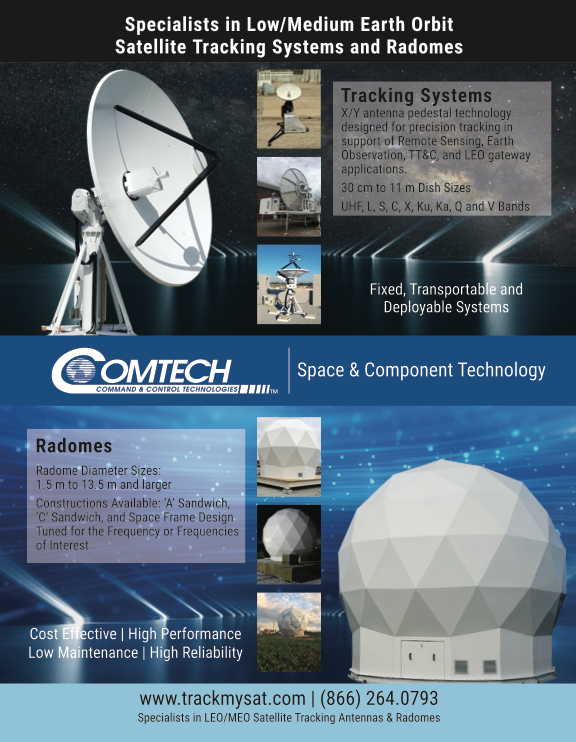 LS
Web Industries has long specialized in the precision converting and formatting of technically advanced flexible materials, including composite materials. We began ply cutting and kitting composites for the aerospace market in 2013 with the acquisition of CAD Cut. Since then, we’ve broadened our offerings and now supply formatted materials for virtually every aerospace and space application that uses composites.

What are your company’s material management services and how do they assist your customers?

LS
Vendor managed inventory is the company’s primary material management service. We can oversee all aspects of customer inventory, including tracking materials, freight in and freight out. The customer only has to issue one purchase order to Web instead of multiple POs to different vendors. This simplifies material management and lowers customer costs.

On the composite side, customers ship us chemically active, pre-impregnated carbon fiber materials that in many cases must be stored frozen before and after processing. We have an enormous freezer at many of our facilities that store these materials at the correct temperature before processing and while the formatted materials are waiting to be shipped to the end-user.

How does the company manage costs, specifically in the design and production of MLI blankets?

LS
Web mainly controls costs by automating the process at every stage, from the initial blanket design through production planning via ERP software to the computer-controlled cutting equipment. The cutting equipment, for example, can rapidly produce multiple MLI pieces in one cutting pass. This is in contrast to many MLI operations, which remain manual and labor-intensive.

Our shape nesting software delivers the most yield for a given piece of material. Consider an MLI blanket shaped like a half moon. Normally, there would be a lot of wasted material around the edges, and the material can cost as much as $200 per yard. However, our production software’s shape nesting capability, combined with our material handling expertise, minimizes waste, which reduces costs for customers.

Where do you see Web Industries heading over the next year or two?

LS
There are several exciting developments affecting our space and aerospace customers.

For example, we’re enlarging our Denton, Texas, facility to greatly increase its MLI production capacity. In the aerospace area, Web recently announced its intent to purchase 12 acres of land for a new manufacturing facility in Marysville, Washington, directly in the middle of the Pacific Northwest aerospace hub. The factory will house Web’s proprietary composites slitting and winding technologies, ply cutting and kitting operations, and feature 9,000 square feet of refrigerated warehouse to properly store the raw and formatted composite materials. 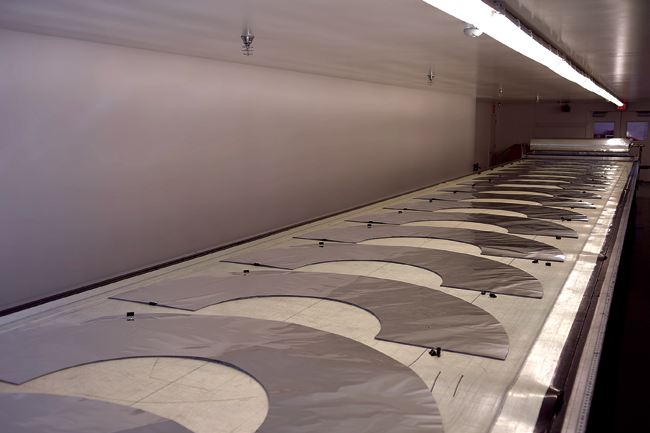 We also have news from Europe: In early 2019, Web acquired France-based Atlantique and Omega Systèmes Aquitane, companies that specialize in formatting advanced materials for aerospace and other applications. Their production sites are in Nantes and Bordeaux, France. This acquisition supports large space, defense and commercial aerospace programs in Europe.

Would you tell our readers about your company’s successful projects within the satellite environs?

LS
I’ll point to our successful evolution and growing capabilities in the satellite area, especially involving MLI blankets. We started by supplying cryogenic materials to customers. Then we made partially finished blankets, which customers completed on site. Finally, we transitioned to making finished blankets complete with grommets, fasteners and snaps.

Today, we produce totally finished blankets and can send them direct to the launch pad, eliminating unnecessary customer work.

How would you describe Web Industries’ satellite insulation competence?

LS
Satellite insulation is part of Web’s broad aerospace and space-related expertise. This expertise includes formatting advanced thermoplastic and other composite materials for use in next-generation aircraft designs. These materials are fabricated into structural and semi-structural aerospace components such as wings and fuselages.

The composite materials also find use in rocket and satellite applications, in such areas as payload fairings, internal bracings and propellant and oxidizer tanks.

Our MLI blankets and CAD Cut Cryokits® provide thermal management solutions that ease installation. These can accommodate complex geometries and odd shapes and be shipped in a single kit direct to the production facility or launch site. 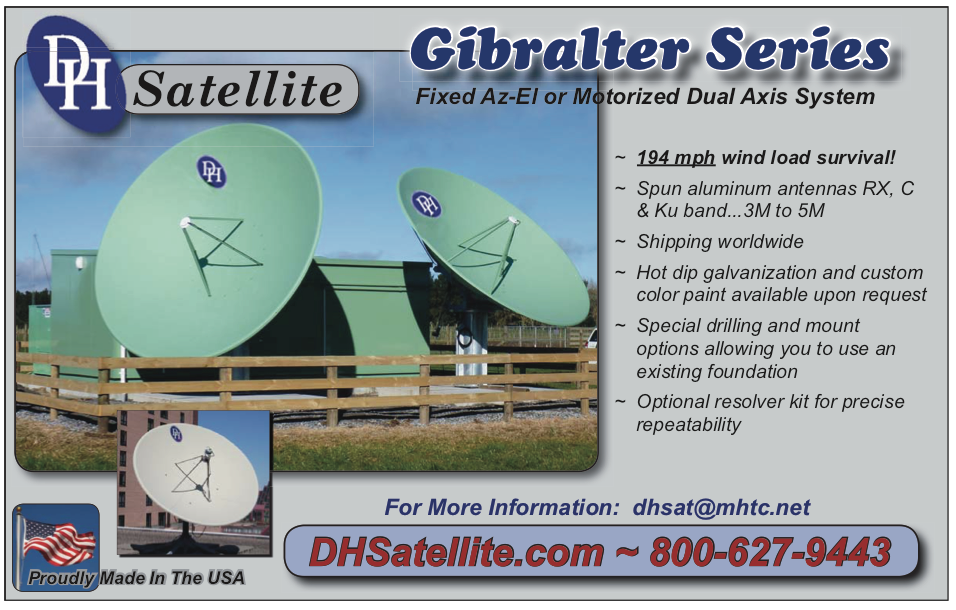 Why is insulation an essential component of any satellite?

LS
Satellites and other spacecraft face daunting temperature conditions while in orbit. They are exposed to extremes of heat and cold as they move from direct sunlight to total darkness within a single orbit. The wide temperature gradients pose a significant thermal radiation risk to the spacecraft’s delicate electronics.

To deal with temperature variations, engineers can use either active methods, such as on-board heaters, or passive methods, like metal reflectors or MLI insulation.

The designers weigh each method’s effectiveness versus its cost and reliability. MLI blankets’ high effectiveness and light weight make them a cost-effective solution in many satellite applications.

What is multi-layer insulation (MLI) and why is it generally used in satellites?

LS
MLI is a lightweight insulation that reflects radiated heat energy. It consists of multiple layers of plastic films or foils, coated on one or both sides with an aluminized reflective material. A mesh fabric separates the layers and prevents conduction between them. There can be 20 or more layers in MLI blankets designed for space applications. The layers are usually stacked and sewn together at the edges. Grommets, fasteners, grounding straps or hook-and-loop fasteners secure the MLI blankets to space vehicles. 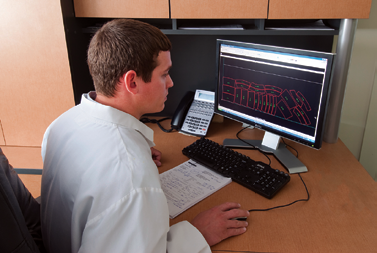 How effective is MLI insulation?

LS
Let’s compare MLI to insulation we’re familiar with on Earth, say, the pink insulation you might have in your attic. About a foot-thick piece of that insulation provides an R value (used to measure thermal insulation efficiency) of 24 to 30. That’s more than enough insulation for year-round usage.

In contrast, MLI materials are not designed to deal with the common modes of heat transfer on Earth: conduction and convection. But in the tight vacuum of space, where radiated heat is more prevalent, MLI materials really shine. In that environment, when NASA scientists test MLI blankets using a calorimeter, they get an R value of approximately 10,000! That’s exceptional insulating performance.

At what point in the satellite design stage should engineers first consider the type of insulation needed for their space vehicle? 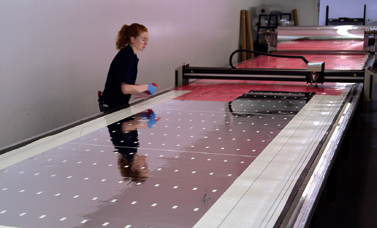 LS
An engineering maxim states that 80 percent of a project’s cost is determined in the initial design stage, so, you might think, the sooner the better. But the reality is that the cost and weight of MLI blankets are negligible compared with those of the satellite’s antennas, transponders, batteries, gyroscopes and fuel thrusters

The project engineer’s focus is to get maximum performance from all those components. Only after that’s been optimized is there time to design in the MLI blankets to fit and attach around the satellite’s components.

Our customers tell us that even though MLI is vital to the satellite’s survival, it’s viewed as the wrapping on the Christmas present rather than the present itself.

The MLI design stage often comes shortly before the launch window. If you have to go from drawing to making a template to hand cutting materials at that point, it can really cause delays. Web’s automated design and manufacturing process can help companies meet those expedited schedules. It also reduces the cycle time on every iteration.

Once a satellite has been launched, telemetry data gives an indication of whether the MLI materials are performing as expected. Based on the data, changes in the MLI blankets can be made for subsequent launches such as adding or subtracting a blanket layer or inserting a grommet here or there. The changes can be made quickly through our computerized process.

Can you provide generic examples of ways in which Web Industries has solved insulation challenges for the firm’s satellite OEM and Tier 1 customers?

LS
Certainly. Sometimes we are supplied with 3D models of what needs to be covered. With our expertise, we can convert them easily into flat patterns, which reduces engineering cycle time. Also, some MLI blankets require Kapton-based films or laminates. The lead time for ordering these materials can be many months. In such cases, we inventory the materials for quick customer turnarounds. 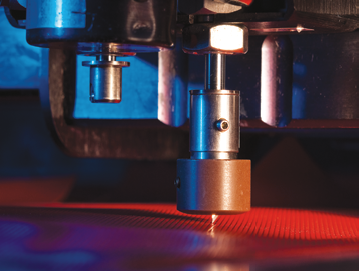 Probably the biggest benefit we provide to customers is reducing blanket installation time. We can supply a kit complete with everything needed for installation, which speeds the process and cuts labor costs.

Any predictions as to the future of MLI blanket design and production?

LS
The future will see more coordination between spacecraft and satellite manufacturers and MLI blanket suppliers in order to meet increased activity and demand. Look for in-house blanket shops and outside suppliers to develop co-sourcing arrangements and partner closely on many aspects of blanket design and production. This will free manufacturers’ engineering staffs for more pressing tasks, and help the companies cope with increasingly demanding flight schedules and maintain the competitive edge of their intellectual property.

Looking back on your career, can you tell us about a project that truly brought a smile to your face?

LS
In the satellite industry, when a launch is approaching, it’s all hands on deck.

In one case, a company faced a tight launch window and had not yet placed a crucial MLI blanket order. We were able to produce entirely crafted MLI blankets for three communications satellites in less than a week. That really saved the launch and added years to the satellites’ operational lifespan.
www.webindustries.com 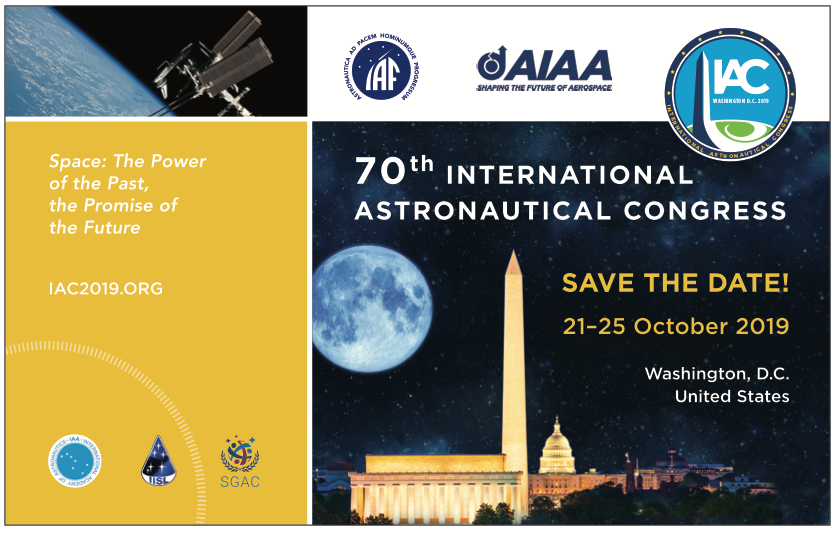