The bankruptcy filing by Sea Launch in June has raised considerable concern about the geostationary launch industry, which is already struggling to meet launch demand. The cyclical nature of the commercial satellite telecommunications industry — the prime driver of launches — fluctuates between conditions of over-capacity to under-capacity with the latter motivating investment in fleet replenishment and expansion. While the current situation is one of under supply, demand for launch services is expected to remain stable for the next few years, barring any further dislocation from the continuing global economic crisis. 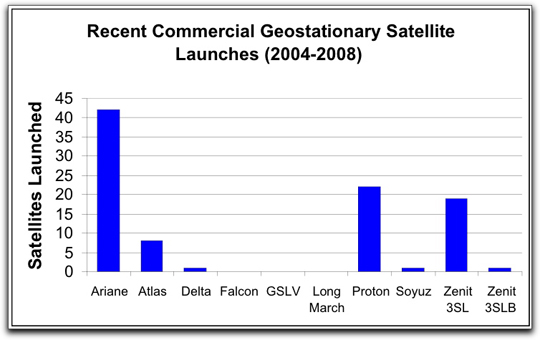 From 2004-2008, Sea Launch captured approximately 20 percent of this launch market. Applying the 20 percent market share figure over the next five years reveals that the absence of Sea Launch could affect 22 satellites. More urgently, in the near-term, the bankruptcy process will affect between four to five satellites over the next year and create a ripple effect that will increase launch demand in the following years. 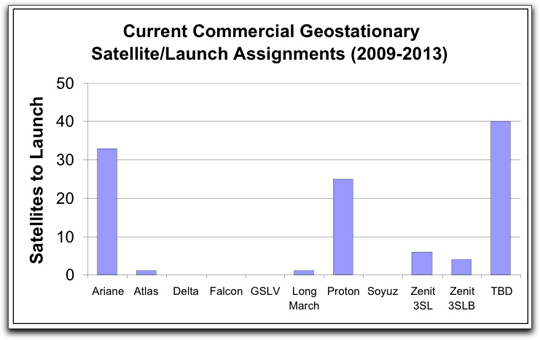 There are some potential solutions to meet the demand gap. Flexibility in schedules and healthy amounts of cash may help operators bridge the near-term gap by contracting with Arianespace, ILS, or Land Launch. On the positive side, Sea Launch might emerge from bankruptcy by the end of 2010. If it does not do so, the next five years may create difficulties for those anticipated payloads still without identified launch contracts (indicated in the current satellite assignments chart as TBD) as they seek rides to orbit. 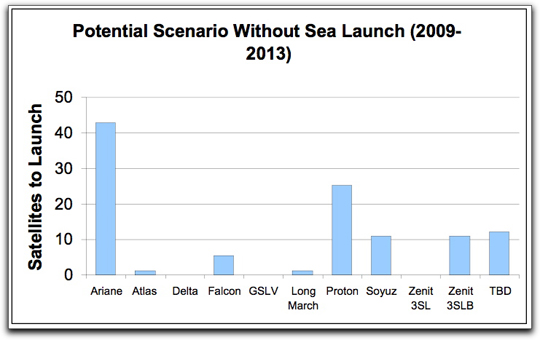 To understand how the market might adjust to the absence of Sea Launch, a scenario has been created to estimate how Sea Launch capacity could be divided among current and emerging launch systems. Smaller geostationary satellites under 4,000 kg might be able to launch on Land Launch, a commercial version of the Zenit 3SL operated by Space International Services. An Arianespace marketed Soyuz is estimated to come on line in 2010 with a launch capacity of 3,000 kg. The scenario assumes these vehicles can capture two geostationary launches per year. 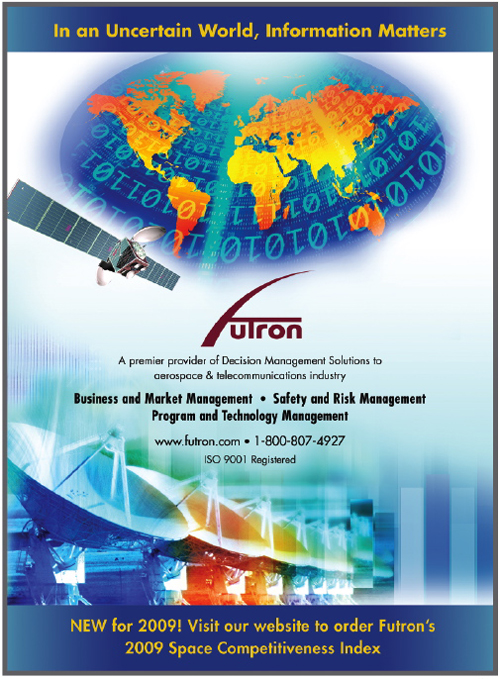 Options for use of emerging launchers from China and India are less certain, especially in light of the recent failure of the Long March to place a commercial satellite into its proper orbit. On the other hand, increasing pressure to relax U.S. export controls could facilitate mid-term use of the Long March and India’s Geostationary Launch Vehicle (GSLV).

On the U.S. launch side, SpaceX has yet to demonstrate the reliability of the Falcon 9 in order to satisfy satellite operators
and, ultimately, insurers. Nonetheless, in the next five years, a proven Falcon 9 launch vehicle could emerge as a viable commercial option. Potentially more interesting, if more difficult, would be the ability of Boeing and Lockheed Martin to offer commercial launch opportunities given that the United Launch Alliance and the U.S. national ranges are already straining just to satisfy U.S. government launch demand.

Overall, there are likely to be 10 to 25 satellites that will likely need to find launch capability between 2009 and 2013, with the higher number resulting from the absence of a Sea Launch option. This potential unmet demand would indicate there is a market to spur Sea Launch’s emergence from bankruptcy, or for other launch providers (existing or new) to ramp up activity to take their place. Any calculation on that opportunity must recognize the potential for a cycle back to lower demand for new satellites somewhere around 2012, especially if the general economic situation remains slow and leads to decreased demand for satellite telecommunications services. 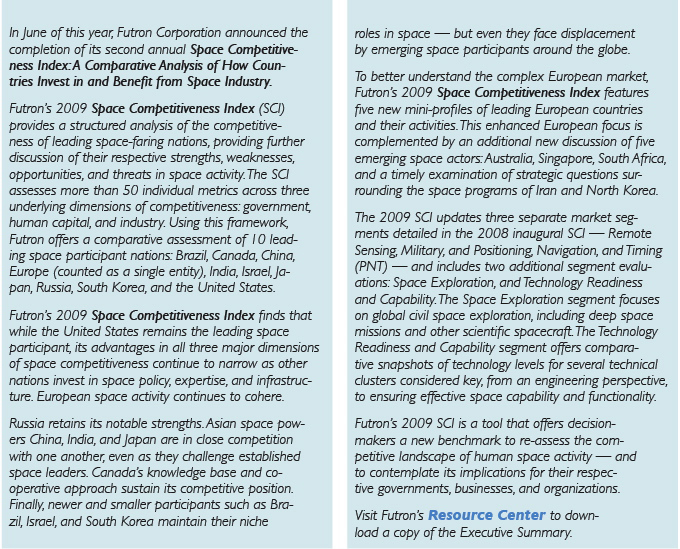 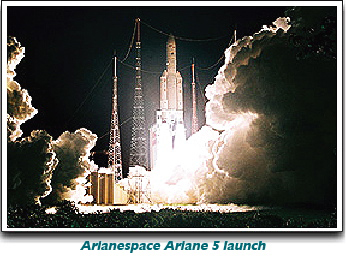