The role that space has in our lives is now taken for granted: we have become reliant on it every day – whether it be for weather forecasting, satellite TV, banking, communications or navigating in our cars. It is now part of our national infrastructure underpinning our economy, security and well-being. 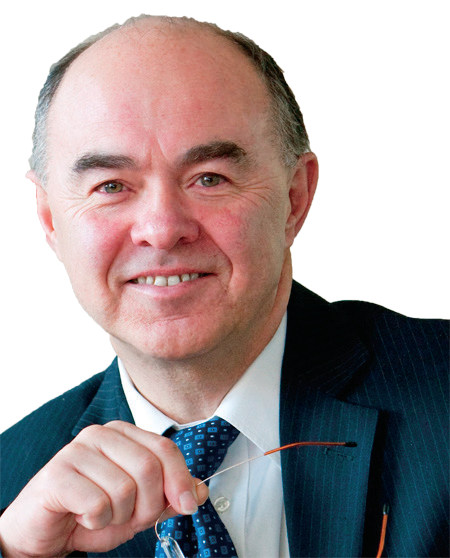 Space in the UK has been rather a well-kept secret; we have a thriving space industry and a strong academic community and both punch above their weight internationally. We have heard that space contributes over £14 billion turnover, £5 billion in exports and nearly 40,000 jobs to the UK’s national economy and is second only to the oil & gas industry in the value per head of its skilled workers.

As demonstrated by the ESA Rosetta comet lander and the mission of Tim Peake to the ISS, space has the ability to fire the imagination of the young and not-so-young alike to take an interest in technology, its uses and our place in the universe.

The last decade has seen a rekindling of the space spirit in the UK — across industry, business and academia — stimulated by the initiative of Lord Drayson some 10 years ago that formed the United Kingdom Space Agency (UKSA) and was then picked up by and driven forward by Lord Willetts. 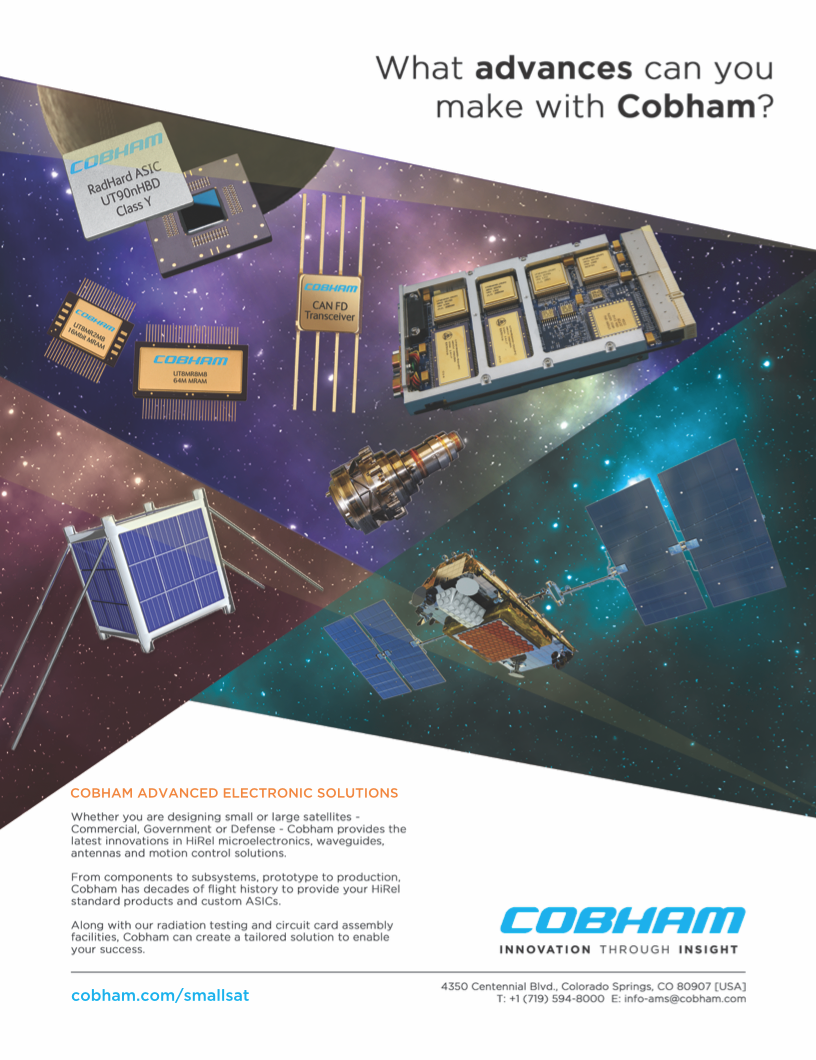 Most importantly, through the Space Innovation and Growth Strategy, the government has realized that space is one of the ‘eight great technologies’ underpinning UK society and has substantially increased its investment and support for national space activities. This has been through an investment in a range of national projects and key facilities as well as through increased contributions to ESA.

In 2017, the UK position had risen from ninth to fourth after France, Germany and Italy, although we are still twelfth in per capita contribution. The UK is a key intellectual contributor to ESA through science missions, Copernicus and Galileo.

Space provides unique opportunities for collaboration between nations on climate, the environment, food and water security, science and exploration beyond Earthly limits. International partnerships are highly beneficial commercially and intellectually for the UK space community — this is going to be especially important in a post-Brexit world.

Of course, from its high vantage point, space is also ‘dual-use’ in providing security and military leverage — indeed, it has become increasingly difficult to envisage military engagements without the use of space assets… which, by the way, generates strength and vulnerability due to over-reliance.

The first four decades of the space era were dominated by a few super-powers who alone possessed the knowledge and budgets to undertake the enormous technical and programmatic challenges posed. This small club became used to having the advantages of space all to themselves and the exploitation of space was driven primarily by military and national priorities, whereas commercial applications grew slowly — mainly in communications.

The last two decades have seen this model overturned. Some 65 countries have now taken their first steps into space, often through small satellite projects using COTS techniques largely pioneered in the UK. These modern small satellites (smallsats) have evolved steadily in their capabilities and, most importantly, their utility.

Indeed, in the last few years, smallsats now provide lower cost and more responsive solutions to meet many well-trodden applications, while also stimulating completely new business models based on constellations and rapid re-visit — fundamentally changing the economics of space... for both the civil and the security/defense sectors.

Space has become ‘democratized’ and accessible to almost anyone — to universities and business start-ups, not just space agencies and large organizations. This has changed the face of space. 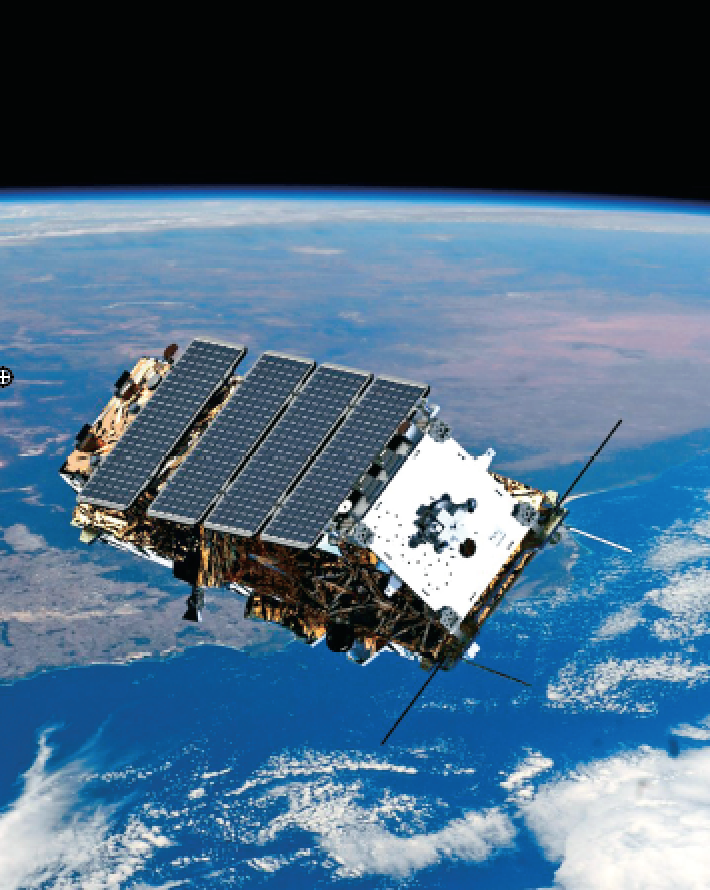 Artistic rendition of NovaSAR on orbit. NovaSAR is an example of the cooperation between UK companies and the UK government to achieve innovation in space technology.

The underlying technologies that have enabled this ‘revolution’ have come from the enormous investments made by the industrial and domestic consumer sectors in developments that have created mass markets for their products... reducing the unit production costs by orders of magnitude, while simultaneously achieving high yield and reliability through a parallel ‘revolution’ in manufacturing and production techniques.

Smallsats have been quite effective in taking advantage of ‘COTS’ microelectronics to create small, low-cost, yet capable and reliable satellites.  However, up to the start of this decade, the evolution of smallsats was being driven primarily by advances in microelectronics, while the structural designs tended to be based on more conventional techniques.

Over the last five years, the pace of microelectronics development has continued to accelerate — continuing the trend observed in the 1960’s by Gordon Moore. However, there has been a parallel development in new materials that, when combined with robotics, have given rise to new satellite/spacecraft manufacturing techniques that enhance smallsat capabilities as well as further reduce cost
and timescale.

Robotic additive (and subtractive) manufacturing techniques now make possible product geometries that were previously physically impossible by human hands and in a fraction of the time — and ‘digital factory’ manufacturing provides freedom of location and dramatically increases speed of the cycle of design evolution and product innovation.

Stimulated by the entrepreneurial hotbed in California, innovative ‘New Space’ businesses are sprouting — around 400 such companies have attracted ~ $10 billion in investments from an excited investment community who appear to have recovered from, or forgotten, the earlier painful experiences of the 1990’s constellations.

Constellations of 100s, even 1,000s, of smallsats are being proposed for new network structures to provide ubiquitous access to high speed digital communications and unparalleled persistence of global Earth observation (EO). NewSpace is not restricted to start-ups, and, it is noted that established space players are proposing ‘mega-constellations’ while they try to adapt to this new space business environment.

There are currently some 160 constellations proposed worldwide that, all together, would comprise more than 25,000 satellites — 90 percent of which aim to provide some form of digital communications, with the remaining 10 percent (still several thousand!) focusing on various EO services. 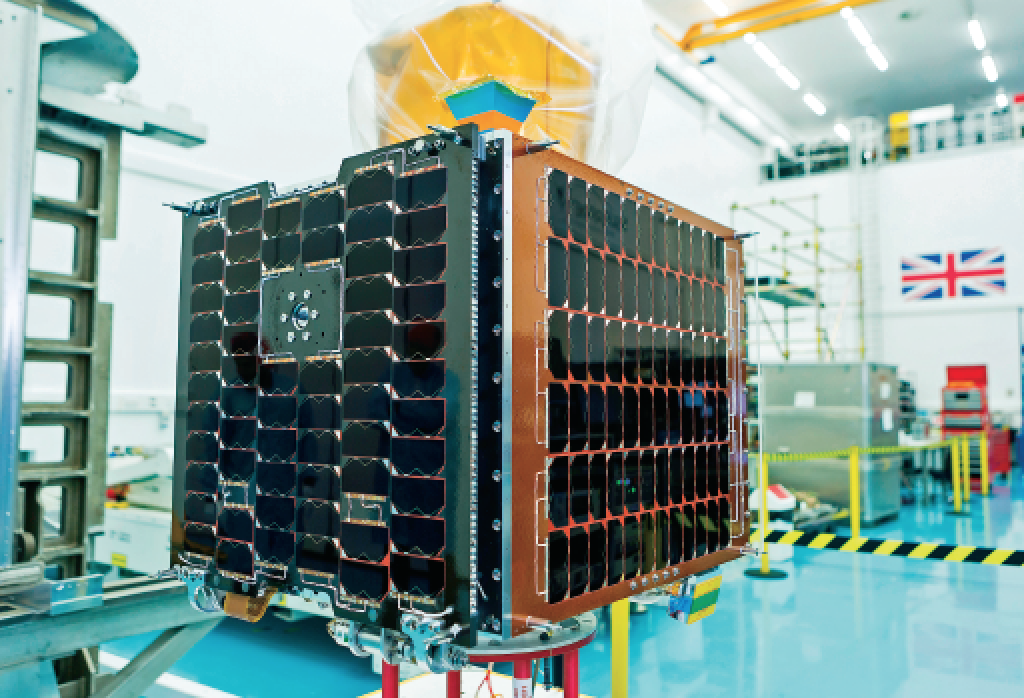 At the same time, the growth of the various terrestrial communications infrastructures (such as 5G) and advances in data handling, management and knowledge extraction — often referred to as ‘Big Data’ — now begin to blur the boundaries between space and terrestrial systems and soon an integrated ‘space-wide-web’ with an opportunity to align space with 5G will be experienced.

The quantities of satellites being proposed will drive changes in their production techniques in order to lower cost and increase delivery tempo. However, the availability and cost of launch remains a bottleneck.

Again, there are 60+ new launcher initiatives, but this is a notoriously risky business area and small rockets tend to have a higher specific cost ($/kg) than large ones. Currently some of the mid-size launchers (e.g., DNEPR, PSLV) offer the greatest economy and flexibility — but there are few readily available. An order-of-magnitude reduction in launch cost is needed to drive a new approach to satellite production and business service models.

Of course, not all of these proposals will survive investor expectations. Some will weather the gauntlet and the new ‘mega’ constellations and launch operators will pose additional challenges — regular, affordable launch on a tempo and price hitherto not achieved; space traffic management and debris control; the efficient handling of communication of vast amounts of data; cyber resilience and security; safe autonomous orbital operations —– and not forgetting communications spectrum and legal or policy issues.

However, like the extraordinary number and diversity of ‘SmartPhone Apps’ that have been created by a completely new business community, most of which we would not have dreamed of even being possible a decade ago, the probability is that the new smallsats and constellations will stimulate applications that we currently do not envisage. These will require a different and more agile regulatory environment that is already a challenge for governments.

Space is becoming dominated by the private sector and the new services being proposed today require new policies and regulatory processes for businesses to be successful. In the UK, secondary legislation alongside the Space Industry Bill needs to be acted upon and put into place quickly and must be sufficiently flexible to be able to account for changes in business needs.

The threshold of reconfigurable ‘software defined satellites’ is already here and, looking a little further ahead, robotic assembly in orbit will soon allow for the construction of larger structures ‘lego-like’ in orbit. For example, building space telescopes with apertures too big to launch on a single rocket would be built in such a manner. 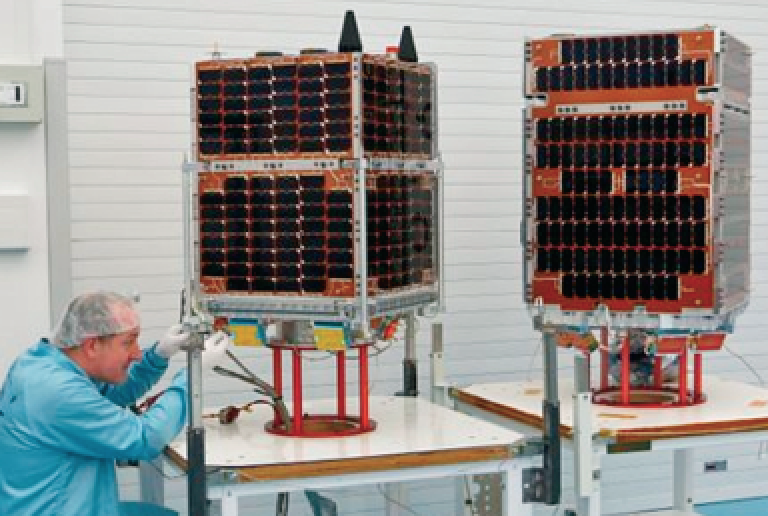 Two variants of the SSTL-42 platform. Photo is courtesy of SSTL.

The current design of satellite structures is largely dictated by the size of the rocket fairing and the harsh physical environment experienced in just the first 20 minutes of ascent through the atmosphere to orbit before embarking on an otherwise physically benign multi-year mission: ‘3-D printing’ in orbit offers the potential simply (but not yet!) to launch bags of sand and metal and then upload instructions to manufacture (or modify) a gossamer satellite in orbit.

The greatest impediment to the rapid development of the smallsat sector is the cost and availability of launch to orbit. The proposals for spaceports and launches from the UK provide another opportunity for the nation’s communities to build an innovative business and enhance the sovereign capability.

While there is a most welcome movement to produce more cost-effective launchers — both small and large — a 90 percent reduction in launch cost is needed to change the game — no such solution is currently present on the near horizon, although the Sabre Initiative will hopefully move in that direction. 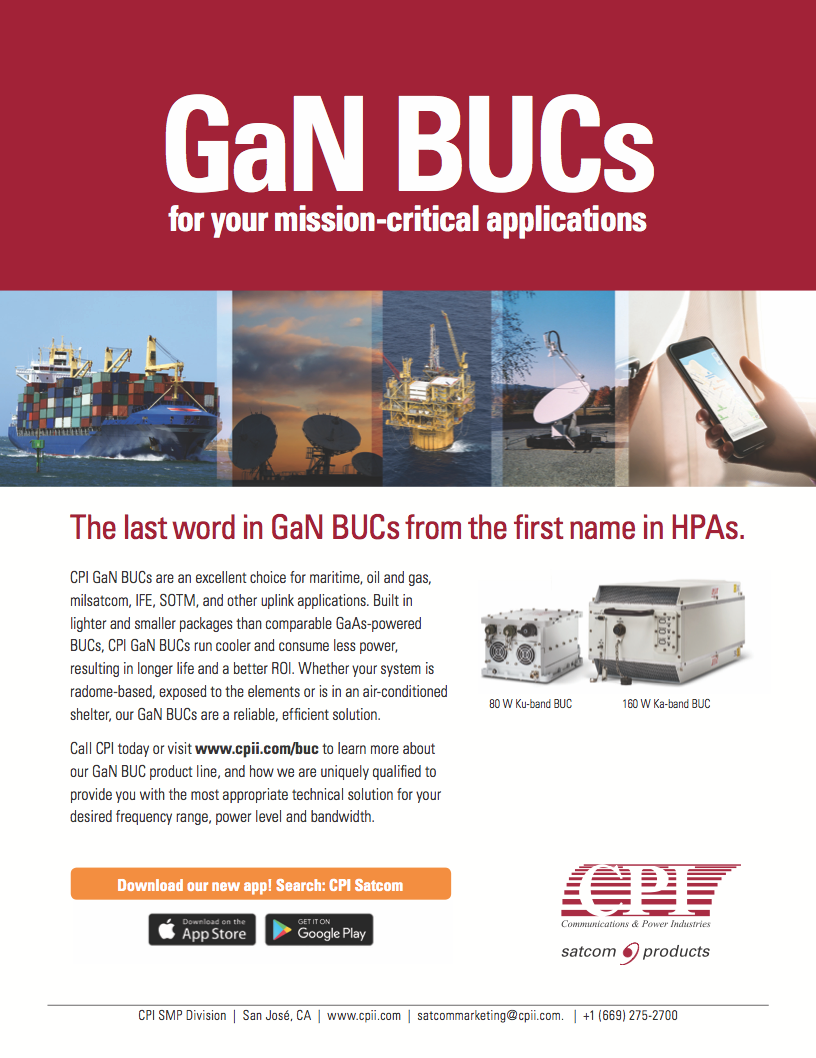 Nevertheless, looking a little further ahead, the discovery of substantial quantities of water on Moon and Mars means that there are in situ resources that eventually will enable sustained human habitation away from Earth.

With the experience gained through the ISS in long-duration human spaceflight, the advances in robotics and AI, and the rapid commercialization of launch services will, undoubtedly, in my view, enable sustained presence on these heavenly bodies — it is only a matter of time, hopefully measured now in a few decades.

This will open up a whole new chapter in not just space exploration, but in space business as well — providing the infrastructure and services to support these new outposts.

The UK is well-placed to play a leading role in these new technologies and to be an attractive place for innovative and imaginative space businesses through a strong partnership between industry, academia, business and government.
www.sstl.co.uk

In the mid-1970s, space was considered to be such a different environment to Earth that anything sent into the atmosphere needed to be specially designed and tested for the harsh conditions of space. Naturally, this made building satellites incredibly expensive and time-intensive.

In the late 1970s, a group of highly-skilled aerospace researchers working at the University of Surrey, including a young Martin Sweeting, decided to experiment by creating a satellite using commercial off-the-shelf (COTS) components. The results were surprising.

That first satellite, UoSat-1, was launched in 1981 with the help of NASA and the mission was a great success, outliving its planned three year life by more than five years. Most importantly, the team showed that relatively small and inexpensive satellites could be built rapidly to perform successful and sophisticated missions.

In 1985 the University of Surrey formed Surrey Satellite Technology Ltd as a spin-out company to transfer the results of its research into a commercial enterprise. The growth of the company has accelerated, and their innovative approach to the design, build, test and operation of spacecraft has propelled SSTL to the forefront of the small satellite industry — today the company is the supplier to 40 percent of the world’s smallsat exports market.

In 2009, Airbus bought a 99 percent shareholding in the company from the University of Surrey, allowing SSTL to fulfill its growth potential. Surrey Satellites is now an independent company within the Airbus Defence and Space group. 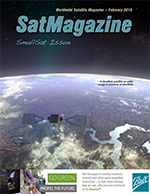