The threat to national security has evolved beyond that of war and it remains critical that our adversaries continue to have no place to hide.

Centauri’s team is full of dedicated, mission-focused experts who keep the nation at the forefront of space-based sensor technology development. The company’s research and development initiatives are driving the next generation of defensive technologies to ensure that every threat is detected, analyzed and mitigated. Here is a sneak peek at a few of the exciting projects the Centauri team is currently developing.

Tracking Rifle “Bullets” in Space
Centauri’s Maui office has long been recognized as a leader in optical detection, tracking and identification of satellites. 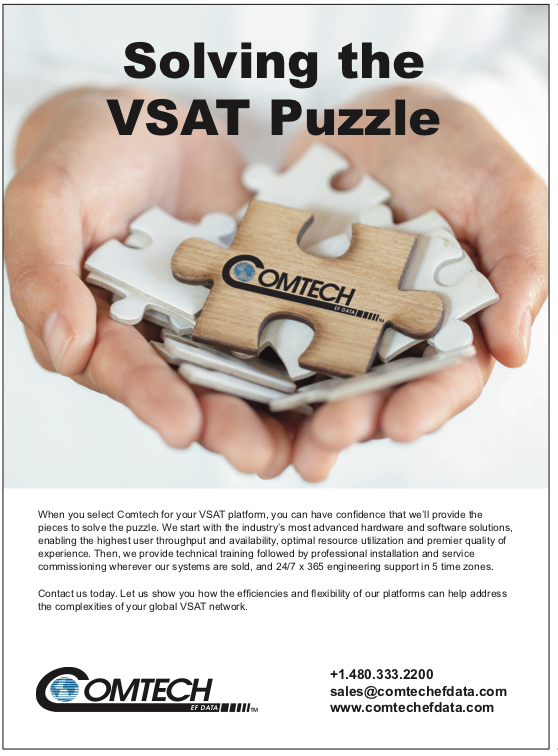 There are a few key challenges when it comes to identifying and tracking satellites. With satellites flying at high velocities (eight times faster than a bullet), predicting exactly where it will end up is complicated, especially given all of the forces acting against it. For that reason, it is critical to accurately update satellite locations on a real-time basis, which Centauri is uniquely positioned to do based on its systems approach to detection and tracking.

Rather than focusing exclusively on a single sensor approach for collecting images for detection and identification, Centauri has developed algorithms to command and control a network of sensors to provide full orbital coverage. Centauri’s sophisticated command, control and processing software provides an autonomous network that can rapidly re-task and reprioritize to find lost objects, follow up on anomalies, and characterize threats.

Working with the Air Force Research Laboratory’s Maui Optical and Supercomputing (AMOS) site, Centauri has been able to consistently detect satellites in Geosynchronous orbits, which are 1/10 the distance to the moon. Centauri’s deep learning experts have applied reinforcement learning with advanced search strategies to accurately identify satellites that are too dim for an expert human to identify.

These advanced machine learning techniques significantly improve the ability to detect small satellites that would otherwise fall below the discrimination floor of standard capabilities.

To the Moon and Beyond: CisLunar Orbits
Centauri scientists are also working to establish efficient transport locations for exploration of the solar system and human colonization of the moon.

As background, most satellite orbits are mainly modeled by using the gravitational pull of Earth to capture the orbital trajectory, with the moon often being ignored.

That is a crucial oversight; when colonizing the moon was considered — or visiting other planets in the solar system, for that matter — the gravitational pull of both systems could not be ignored.

Accounting for the gravitational pull of both systems enables the view of interesting satellite orbits that don’t resemble the standard movements typically considered. These orbits have stable positions that have been proposed as spots for space colonies or transfer stations for interplanetary exploration, and others, such as “halo” or “backflip,” are named for how it behaves.

Because these satellites do not follow the simplistic trajectories normally assumed, small perturbations in position can lead to unstable behavior. Centauri is researching how objects in these orbits behave, and the likelihood of an object in such an orbit going unstable. This research will provide future space flight engineers with the fundamental understanding required to move satellites through this orbital regime in a predictable fashion.

Space Camp Isn’t Just for Kids Anymore
Today, the United States Air Force (USAF) has its own version of space camp. Named in homage to “Star Wars,” this is an opportunity for the USAF to grow its internal capability for developing agile software.

Beyond this, it provides personnel with expertise in human-centered design and psychology to ensure the software delivered to the warfighter enables them to quickly synthesize and use multiple inputs of data.

Centauri is proud to be a key member of the Space CAMP team, helping the USAF rapidly train the next generation of agile software developers. Under the Space Camp Operations, Production and Engineering Support (SCOPES) contract, Centauri provides an open DevSecOps environment with the necessary tools for the USAF to build an agile and responsive Enterprise Space Battle Management Command and Control (ESBMC2) for Space Operators.

One particular superstar is Centauri employee Lisa Thompson who runs the training program for Space CAMP. Lisa spent most of her early career as an Imagery Analyst for the USAF.

Her field experience combined with her expertise in software development and psychology led her to advocate for developing best of breed, intuitive tools for space operations, and selection as the Space CAMP training manager.

Under her leadership, industry, DoD military and civilians have graduated from Space CAMP to become leaders in innovative software development for the DoD.

Centauri is named after the closest star system to Earth, made up of the brightest stars in the southern sky. Like the constellation, the company is comprised of the brightest minds who are dedicated to solving the toughest challenges that customers face.

Centauri’s space team embraces its mission to keep the nation at the forefront of satellite technology and more cutting-edge offerings are in the future.
www.centauricorp.com

Author Laura Ulibarri is the Principal System Engineer at Centauri.