In 2011, the United States experienced 14 weather disasters costing $1 billion or greater, more than occurred in any other year on record. The second-greatest number occurred in 2012, with 11 billion-dollar disasters.1 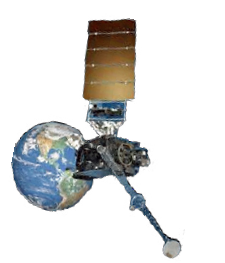 Weather has a significant impact on the nation through severe storms such as these, affecting businesses and individuals alike on a daily basis. More than 90% of the data in U.S. three- to seven-day weather forecasting models comes from satellites.2 U.S. weather satellites provide billions of dollars in benefits through improved early warnings and by informing the decisions of companies in many industries, including aviation, energy, and agriculture.

The United States is currently developing its next generation of weather satellites, which will include major technological advancements that will significantly improve capabilities for weather forecasting. These programs are making good progress toward their current launch dates, however, they are operating in a very challenging environment. In 2013, the Government Accountability Office added “mitigating gaps in weather satellite data” to its list of 30 high-risk government operations.3

Originally expected to launch in 2009 as part of the National Polar-orbiting Operational Environmental Satellite System (NPOESS) program, the next operational polar-orbiting weather satellite system is now expected to launch in 2017 under the Joint Polar Satellite System (JPSS) program. The eight years added to the original launch date for the next-generation system has created a substantial risk of a gap in satellite data, which NOAA officials estimate will most likely last at least a year and a half, and result in degradation in the accuracy of three- to seven-day weather forecasts.4 If any additional delays or unexpected failures occur, the gap could last even longer.5

The U.S. polar-orbiting weather system originally included satellites in two different orbits, but it was later reduced to only cover one orbit. A partnership with Europe has helped to ensure continued coverage in the other orbit, but for its own portion of the constellation, the United States will soon have to rely on a satellite originally designed for research, not for operations.

The second component of the U.S. weather satellite system, which consists of geostationary weather satellites, has also experienced delays and other challenges. These satellites continuously monitor weather developments over the United States and are essential for tracking the development of severe weather events, such as tornadoes and hurricanes.

Originally planned for launch in 2012, the next-generation geostationary weather satellite, Geostationary Operational Environmental Satellite R-Series (GOES-R), is now scheduled for launch in 2015.6 The three-year postponement is not expected to cause a gap in coverage, but the United States may temporarily be without a backup GOES satellite in orbit for the first time in more than a decade. To meet the new schedule and to save approximately $5 billion over the lifespan of the program, a major instrument was removed from the satellite. Though the satellite will still be capable of achieving its mission and will greatly improve on current geostationary satellites, removing this instrument decreased the capabilities from the original design. 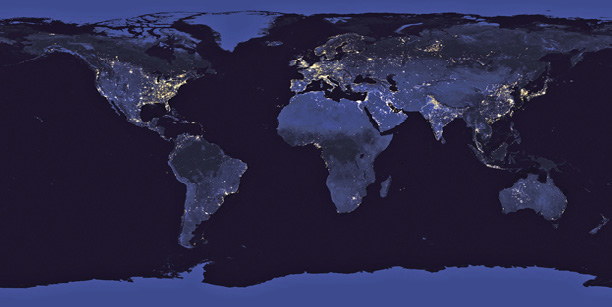 Many satellites are only able to view the Earth during the day, when it is illuminated by the Sun. The VIIRS sensor aboard the Suomi NPP satellite allows scientists to view the Earth’s atmosphere and surface both day and night. Credit: NOAA/NASA

Action must be taken to ensure the long-term success of the U.S. weather satellite system. As a government service with one of the most well-demonstrated and straightforward benefits to the nation, future weather satellite programs should be properly selected, managed, and funded to help prevent the type of delays that have left current satellite programs in this precarious situation. The United States should invest in advanced technology development to provide improved weather forecasting capabilities in the future. Weather satellites help to save lives and save money, and we must ensure that this crucial technology is not neglected.

Recommendation 1: Program offices should provide accurate and stable life-cycle cost estimates for weather satellite programs, and Congress should respond with full and stable funding for these programs, including JPSS, GOES-R, and the Constellation Observing System for Meteorology, Ionosphere, and Climate 2 (COSMIC-2).

While recent progress in both next-generation weather satellite programs has been positive, stability in program requirements, high-confidence cost estimates, and full funding are required to ensure they remain on track. Ever-growing life-cycle cost estimates, as seen in the NPOESS program, cause policymakers and the public to lose confidence in these estimates and make well-informed policymaking nearly impossible.

At the same time, unstable budgets and lower-than-requested funding for these programs exacerbate the problem, leading to delays in development and increasing life-cycle costs. These issues have resulted in a near-certain satellite data collection gap that will reduce the U.S. capability to forecast weather. In addition, focusing on the top-line budget numbers, rather than the budget needed for the mission to succeed or the return on investment, has led to short-sighted decisions that will cost taxpayers more in the long run. These budget and funding issues must be addressed.

A number of companies have been established to build weather satellites or sensors to collect important weather data, using advanced techniques such as hyperspectral sounding or radio occultation. In some cases, these companies’ proposed systems would have capabilities not present in the current or planned U.S. weather satellite system, and adding these capabilities could improve the nation’s forecasting ability. 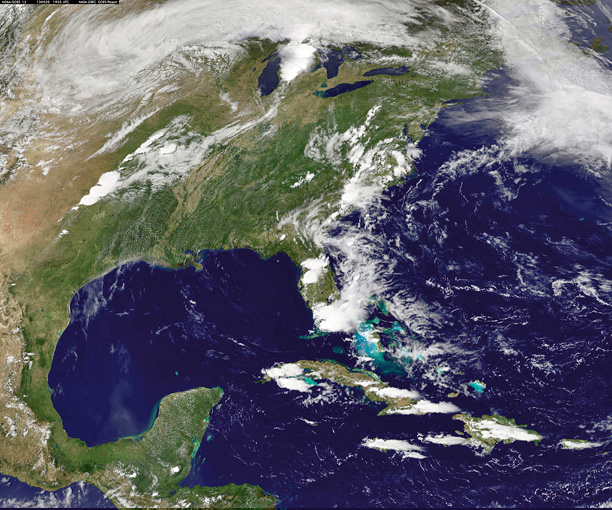 The tornado that killed 23 people in Moore, Oklahoma, was created by the line of thunderstorms seen on the left in this GOES-13 image. Credit: NASA/NOAA GOES Project, Dennis Chesters

Data buys have the potential to be less expensive than full satellite procurement, but their business models may be difficult to reconcile with the U.S. policy of free and open data sharing on an international basis, which is essential to global weather forecasting as well as the value-added sector. The United States should explore the potential of these options while maintaining its commitment to free and open exchange of meteorological data, looking for partnerships that can reduce costs or increase capabilities.

Recommendation 4: The United States should conduct a comprehensive review of its weather satellite program portfolio to determine the correct level and distribution of funding to achieve the desired capabilities.

The findings and recommendations in this report are based upon publicly available information. The views expressed are solely those of the author and may not reflect those of the Space Foundation’s Corporate Members. The support of these organizations for the Space Foundation’s broad spectrum of activities should not be construed as endorsement of, or agreement with, the findings and recommendations of this report, and should not be taken as reflecting the positions or stance of any of the supporting organizations. 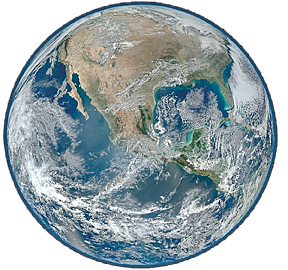 The full report can be downloaded at http://www.spacefoundation.org/programs/research-and-analysis/whitepapers-and-analysis/weather-satellites-critical-technology

If you have questions about this paper, please contact research@spacefoundation.org. 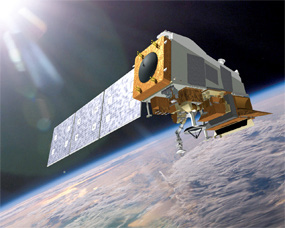 Artistic rendition of the Suomi NPP satellite, courtesy of NOAA.

About the author
Weather Satellites: Critical Technology in an Uncertain Environment was written by Mariel Borowitz in her capacity as a research analyst at the Space Foundation. She recently completed her Ph.D. at the University of Maryland School of Public Policy. Her research dealt with international cooperation in climate monitoring via satellite, focusing on the barriers to data-sharing. Dr. Borowitz earned her master’s degree in International Science and Technology Policy from the George Washington University, and her Bachelor of Science degree in Aerospace Engineering from the Massachusetts Institute of Technology, with a minor in Applied International Studies. As of August 2013, Dr. Borowitz has joined the faculty at the Sam Nunn School of International Affairs at the Georgia Institute of Technology, where she will continue her research on space policy issues.

Artistic rendition of the GOES-R satellite on the first page of this article is courtesy of Lockheed Martin.