Table E-1. The magnitude of investments varies based on investment type and time period.

Some space start-ups are seeing large valuations, which are attractive to investors, although relatively few exits have occurred. While some maturing ventures are now generating revenue, the start-up space ecosystem has not yet definitively demonstrated business case success. This will be a critical topic in the next several years. 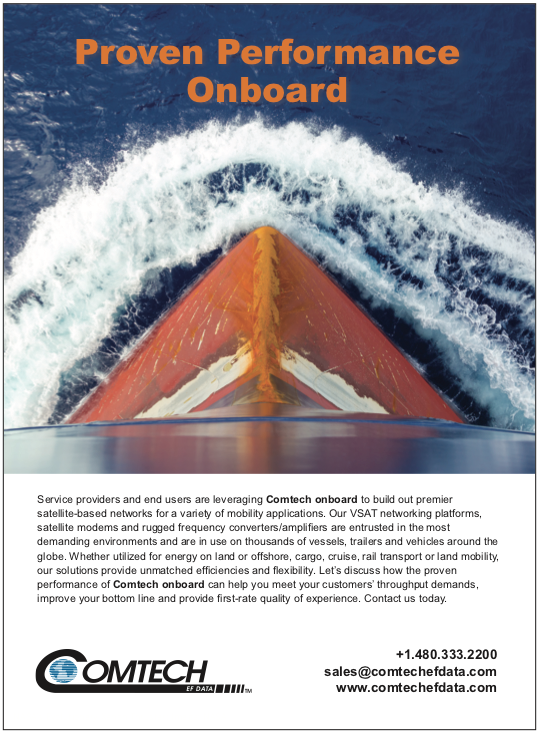 • In the early 2000s, an average of four funded space companies were started per year; today the figure is five times higher. (In the last six years, the number of funded new companies has averaged 19 per year.)

• This research has identified 555 investors in start-up space companies; not all investors are always disclosed, so the total number of investors is higher. Several high profile billionaires, including Jeff Bezos, Richard Branson and Elon Musk, are space investors; about 2 percent of Forbes’ 2017 World’s Billionaires have an affiliation with a space enterprise.

• Looking at investment only (excluding debt financing), three-quarters of investment in start-up space ventures since 2000 has been in the last six years, and nearly 60 percent in the last three. See Table E-1 on the preceding page.

• Venture capital in start-up space companies since 2000 totals $6.3 billion, with more than 80 percent in the last three years.

Historic Number of Companies Reporting Investments
Investors provided $2.5 billion of financing to start-up space companies in 2017, about $500 million less than in 2016. This difference is primarily driven by the absence of a billion dollar deal such as those seen in 2015 and 2016 and by smaller value acquisitions in 2017 compared to 2016. See Table E-2.

• More start-up space companies reported investment in 2017 than in any other year, surpassing the 2016 total by one-third. The number of investors and deals increased compared to 2016, returning to the slightly higher levels seen in 2015.

• The year 2017 did not see any billion dollar deals, although Saudi Arabia’s Public Investment Fund (PIF) announced that it plans to invest $1 billion in the Virgin Group — the investment was not reported to have closed in 2017. In addition, it was reported in December 2017 that SoftBank was considering providing an additional $500 million of investment to OneWeb.

The Growing VC Interest in Space
Total venture investment, nearly $1.6 billion, was about the same in 2017 as 2016. Venture deals increased in frequency by nearly 70 percent (to 44) and 2017 saw nine late stage venture deals (the most of any year).

When excluding investments larger than $100 million, venture investment doubled from 2016 to 2017.

• Total venture capital invested was about the same from 2016 to 2017, roughly $1.6 billion. Excluding the very large, atypical $1.2 billion round of venture capital from SoftBank and other investors in OneWeb in 2016, 2017 saw about four times the venture investment of 2016.

Table E-2. Third consecutive year of substantial investment in start-up space, with a slight drop from 2016.

Unicorns and a Few Exits
Investors focus on valuations and exits. SpaceX is an undisputed space unicorn (a private company with a valuation of $1 billion or more); after a $450 million Series H, SpaceX’s valuation was reported at $21.5 billion.

Several other start-up space companies, including OneWeb, Planet, and Rocket Lab, have been reported by some sources to be unicorns, and two, Mapbox and Kymeta, may be on the path. 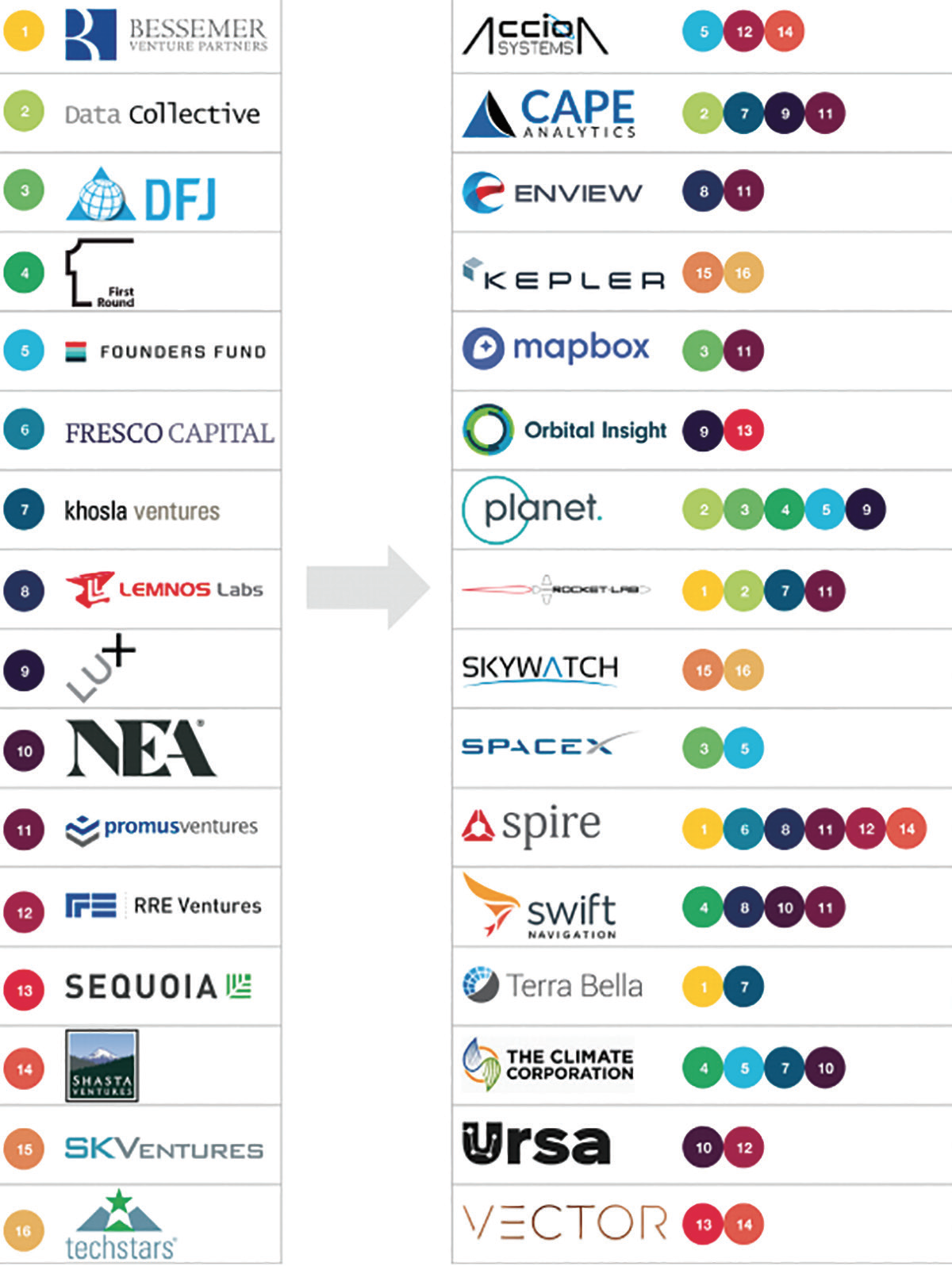 Figure E-1. Common investments among the most space-focused VCs.

• In February 2017, Planet acquired Terra Bella for an undisclosed amount, estimated at $300+ million. Google acquired the predecessor to Terra Bella, Skybox Imaging, in 2014 for $478 million. This possible loss for Google does not appear to have chilled the investment.

• Founded in 2005, Clyde Space previously reported $1.6 million of funding from investors, including Nevis Capital and Coralinn. In 2017, the company was acquired by a Sweden-based space technology company, AAC Microtec for $35 million.

• OmniEarth, a Virginia-based space start-up founded in 2014, was acquired by EagleView Technologies for an undisclosed amount in April 2017. The company had previously reported about $5 million of financing from angel investors.

U.S. space start-ups continue to dominate start-up space, with about 75 percent of all investment (and 90 percent of seed and angel investment) from U.S. investors since 2015. Roughly 60 percent of investors and companies reporting investment in the last three years are U.S.-based. 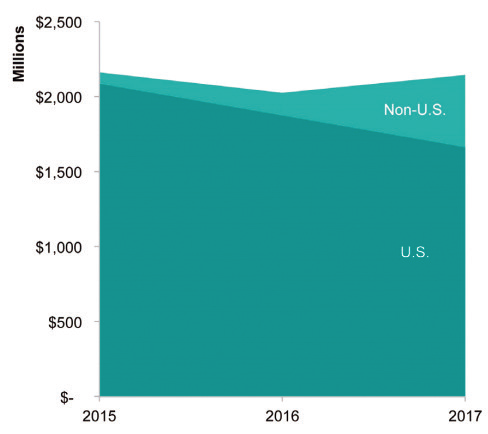 • Looking at all investors since 2000, investors in space companies are primarily headquartered in the United States (321), representing about 60 percent of the total; California is home to nearly half of these investors. Non-U.S. investors are based in 36 countries. See Figure E-3. Thirteen non-U.S. space start-ups are headquartered in the U.K., comprising 20 percent of all non-U.S. space start-ups. Canada has the second most start-up space companies (8), followed by Australia (5), Israel (4), Japan (4), and Spain (4).

Tracking Future Performance
After a 10x increase in venture capital and seed investment in space start-ups from 2014 to 2015, investment has remained relatively steady from 2015 to 2017, totaling between $2.5 and $3.0 billion annually. The year 2018 has the potential to outpace 2017 investment, as there are several pending megadeals, including investments in OneWeb, Planet, and the Virgin Group. The next few years have the potential to transform the start-up space ecosystem, and investors will be closely tracking the revenue dynamics and operational performance of maturing start-up space firms. We are now in a proving period as many services and products that attracted investment are deploying or planning deployment shortly and investors are seeking indications they will realize returns.

Figure E-3. Investors in start-up space ventures are headquartered
in the U.S. and 36 other countries. 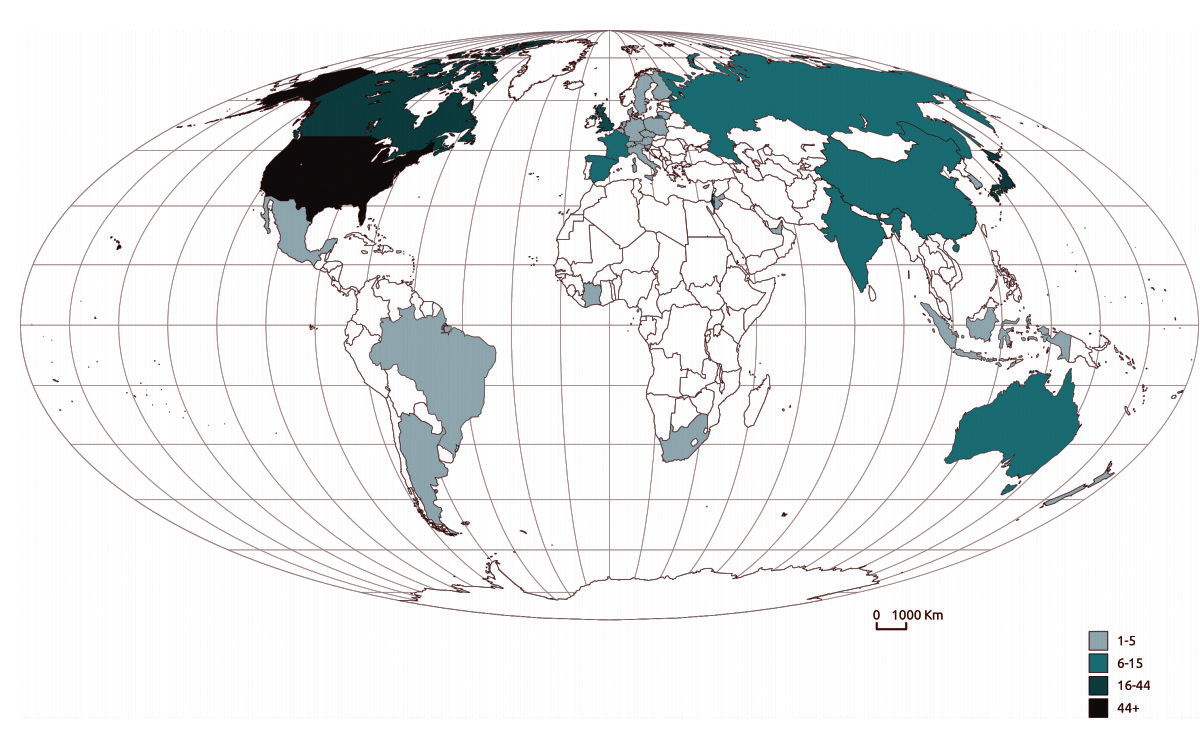 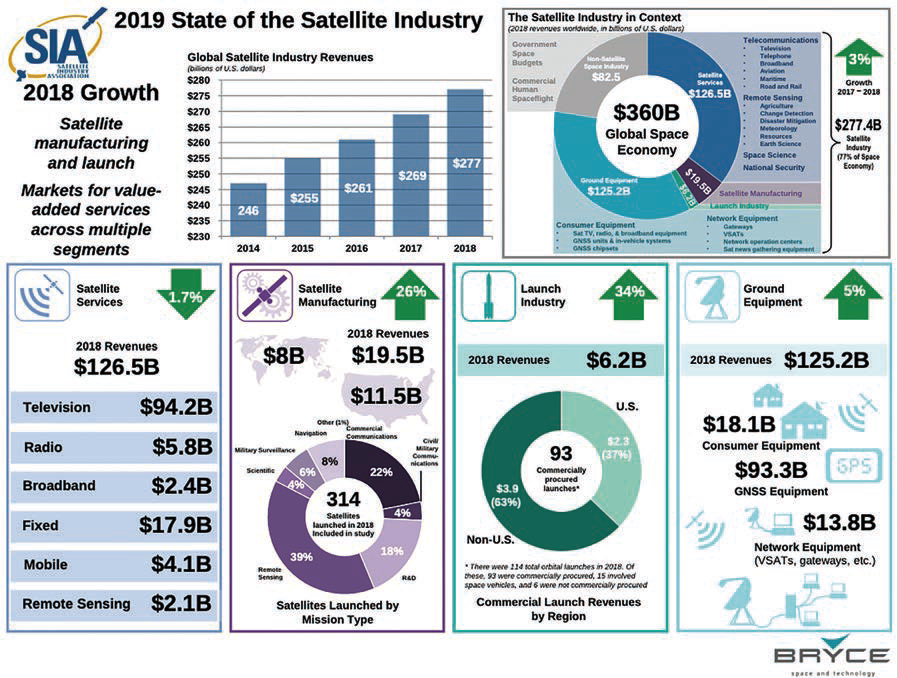 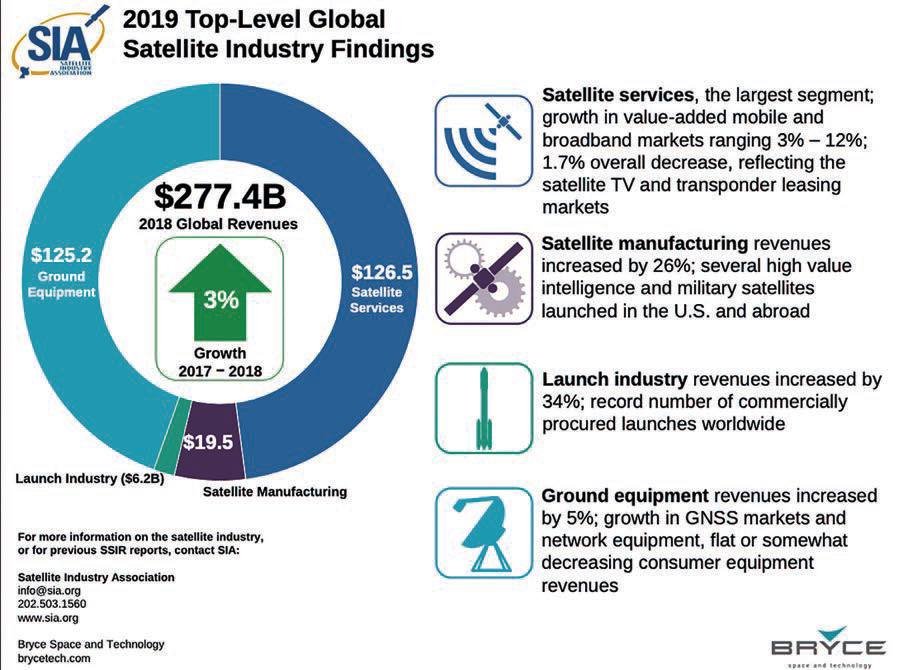