The SS Torrey Canyon is not a name many will remember—in the spring of 1967, this fully laden oil tanker was navigating toward the docks at Milford Haven in South Wales. 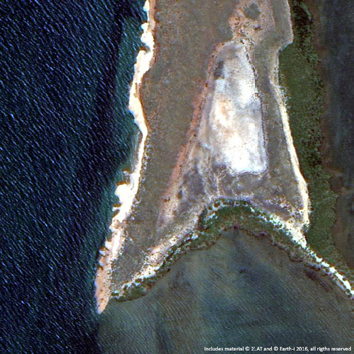 Sadly, through a combination of human error and machine failure, the ship hit rocks off the Cornish coast in South West England—approximately 32 million gallons of crude oil spilled onto extensive regions of English and French coastlines.

This incident’s devastating impact on the local environment and the subsequently unsatisfactory clean-up operation led to a number of new laws and regulations that were imposed on the oil industry. One aspect of the UK government’s response to the disaster that did work was the monitoring of the oil slick from the air.

The production technologies for the transport of oil and gas have improved since this oil spill event and so has our understanding regarding the sensitivity of coastal environments and the need to minimize all potential threats.

Remote sensing provided a wide overview of the disaster and potential spill impact sites. Today, with the much more common use of satellite images, this information can be quickly collected and distributed to the people that require these crucial observations.

Through the lessons learned and the increased efforts that followed incidents such as the Exxon Valdez and the Deepwater Horizon oil spills, the guidelines for good practice in using Earth Observation (EO) data have been developed and refined.

Documents published by the International Association of Oil & Gas Producers (OGP) and IPIECA (the global oil and gas industry association for environmental and social issues on surveillance), and the Open Geospatial Consortium guidance on the Common Operating Platform (see the references below) reflect current good practice as to how the industry responds to such events. 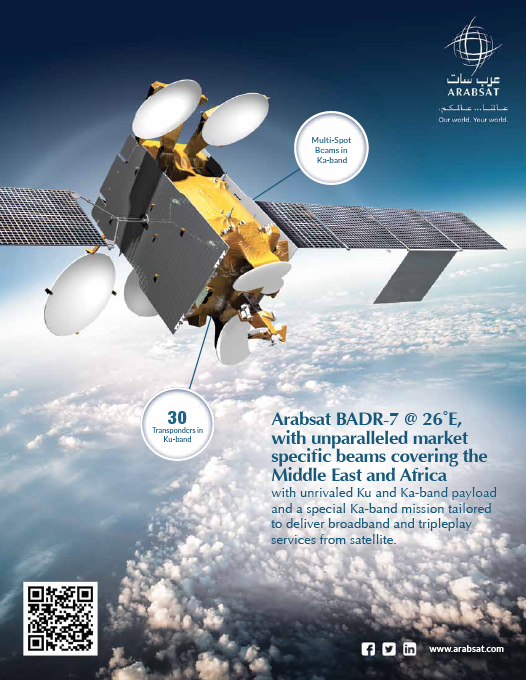 While the current price of oil (and gas, for that matter) means that there is little impetus to spend money on anything beyond a company’s core activities and obligations; however, there is a real opportunity for the entire industry to come together and collaborate on solutions.

The entire oil & gas industry, in collaboration with the respective regulators, could jointly develop their high resolution base line mapping and subsequent monitoring methodologies using as much EO data and technology as required to reach a fundamentally improved knowledge base of the coastal zones around the globe that could be affected by an oil spill disaster.

By working together, familiar guidelines could be created, common analysis methods and reporting developed, prevalent data acquisition strategies generated and a unified industry voice developed to communicate with regulators and to ensure the acceptance of these new methodologies, all based upon the implementation of Earth Observation images.

The industry has already created a body through which such activities could be coordinated:The Sub-committee on Earth-Observation under the IOGP—Geomatics committee—together with the geospatial subcommittee and members from the Environmental committee, they are certainly up for such a task.

Any new disaster will hurt the entire oil & gas industry, not just the individual company or companies who are unfortunate enough to be in charge of and operating the failed asset, all at a time when the industry can least afford such a blow. From a balance sheet perspective, a Joint Industry Project (JIP) to address the coastal mapping and monitoring needs required by each company and the relative costs shared according to their stakes in exploration and production makes a great deal of sense.

Most oil & gas development projects these days are operated as joint ventures, with two, three or even six participating companies reducing the business risk—sharing the efforts required to address any incident and to work together in JIPs makes for more than simply economic sense. 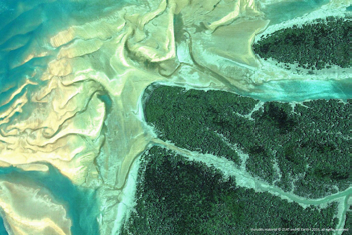 These partnerships will include EO service providers, research and development teams and the oil industry under the guidance of, and with expertise from, the environmental agencies. They would all work together to develop ‘state of the art’ data models and implementation scenarios that will allow the regular use of EO images. Such joined efforts will obtain the approval and acceptance of the regulators as best practice monitoring methods and, hence, minimize the efforts required for EIAs (Environmental Impact Assessment) in new development projects.

The European Sentinel program is providing their data sets at no charge, as is the United States LandSat mission. These are excellent sources of regular, free data at medium spatial resolution, ideal for timeline monitoring programs, be such on a monthly, quarterly or yearly basis.

When used in combination with high spatial resolution baseline data, they provide an excellent opportunity to use EO methods via a manageable budget. Only if material change or sudden events are detected or if a new baseline is needed will new high resolution data be necessary.

Shared efforts in JIPs would minimize the amount of work required, as the same satellite images will be used only once. As for commercial data, multi-client license agreements are quite common these days at reasonable up-lift costs for multi-user data sets.

This process does require a certain visionary level among environmental management teams in the oil and gas industry—without a vision, many new technologies would not be implemented and firms would not be where they are today.

Coastal environments are the most vulnerable ecosystems affected by any offshore oil and gas incident, even if such cannot immediately be defined as a disaster. The slightest oil contamination, for example, on a coastline with mangroves will dramatically affect such an ecosystem.

Coastal areas are the breeding grounds for the majority of marine life on Earth, whether turtle nesting beaches, coral reefs or flat water estuaries. In light of new incidents, the oil & gas industry must have the best possible baseline maps and monitoring methods in place to minimize any potential impact on these sensitive areas of our planet—to be aware of such methods after the next spill disaster event is definitely too late.

The satellite images on this page—taken recently by Earth-i’s high resolution DMC3 constellation—show recent examples of different mangrove coverage along the northern coastline of Australia, some of them close to large oil and gas fields. These areas are isolated and can only be realistically monitored by remote sensing; hence, EO methodologies provide an optimal solution for initial mapping and subsequent monitoring.

Spatial detail, such as individual trees, coastal damage, debris fields, contaminated areas, access tracks or shallow water obstacles just to name a few can be identified. Such detailed information would be very useful both for the preparedness teams and response teams in case of any incident.
earthi.space/

Dr. Peter Hausknecht is a seasoned subject matter expert in Earth Observation and worked with a multitude of sensors and data sets, both airborne and spaceborne instruments during his 25+ years career. He holds a PhD in Geoscience from Munich University with a thesis on an active thermal infrared laser remote sensing system.

Starting in 1986 as a student research assistant at DLR, German Aerospace Centre, he held a position as a research scientist from 1991 to 1997. Subsequently moving to Australia, he was a project manager for a new unique airborne hyperspectral optical and thermal sensor at Fugro Airborne Surveys
in Perth.

In 2002, he joined HyVista Corp. as their Senior Scientist working again mostly with airborne hyperspectral data, transforming the operational data processing chain and expanding the international customer base. In early 2007 Peter joined Woodside, Australia’s leading oil & gas company, where he stayed until 2015 as the subject matter expert on Earth Observation and remote sensing for the company. For a number of years he was leading the GIS, Mapping and Modelling team and successfully supervised quite a number of remote sensing projects within the company.

At an international level, Peter was a founding member of the OGEO (Oil & Gas Earth Observation) interest group in 2010 and later was elected chairman of the IOGP (Int. Association of Oil and Gas Producers) subcommittee on Earth Observation. After leaving Woodside, Peter is further pursuing his career in Earth Observation and currently working with EARTH-I, a newly formed UK satellite data company, as their Chief Scientist.