SatMagazine (SM)
What European SATCOM sectors do you believe offer the most potential for commercial growth and why?

Christopher Baugh
Growth is expected from a number of areas:

– Continued video demand is expected through expansion of current platforms as well as new ones, mainly in Eastern Europe and Russia. Service typically includes FTA/DTH or an IPTV connectivity that is complemented by DTH due to lack of terrestrial coverage. HD continues to be a strong driver for new capacity demand. Many media deals in 2011 were specifically for capacity for HD programming, often with pan-European coverage requests.   New FTA/DTH platforms include Starmax HD (Spain, FTA), Xtra (Ukraine, DTH), Max TV (Croatia, DTH) and Scene (Russia FTA).  Expanded platforms include T-Home (Hungary DTH), Digi TV (Eastern Europe) and Total TV (Balkan).

– Data, enterprise networks, remain a comparably small segment over the European region (mainly some maritime in the North Sea and Mediterranean and oil and gas in the North Sea). The exception is Russia/Kazakhstan, where demand is robust via telecom expansion, oil and gas and government networks.

– Oil and gas mostly for offshore platforms, cruise ships in the Mediterranean and aeronautical SATCOM connectivity.  These markets are driven by higher bandwidth demand from crew and passengers who increasingly bring their personal devices onboard and expect broadband connectivity.

SM
How are companies coping with euro fluctuations?

Christopher Baugh
Most media companies in Europe are European with the euro as their operating currency. Capacity pricing is often quoted in euros. There are few foreign operators (satellite, telecom or broadcasters) who are collecting their revenues within the Euro zone. Economically speaking, the crisis has brought a weaker Euro which generally increases the competitiveness for any European product outside the Euro zone.

SM
How will the European markets impact global business opportunities?

Christopher Baugh
In the context of SATCOM services, the impact is not likely to be very strong, compared with the impact the financial crisis had on the industry in 2008 and 2009. On one hand, European players will be more eager to expand in emerging markets, as this is where the best growth opportunities are. On the other hand, this might be hampered by the slowing European home market, where revenue collection and demand might be slowing as well as access to borrowing, which is expensive.

Over the short term, as vendors diversify to, or tap emerging markets, competition should intensify in key countries likely leading to intense price competition and narrower margins. A European satellite operator with capacity over Asia may have to come closer to the lower price offerings of regional operators and/or increase SLAs to gain customers. European markets, or specifically European companies will, therefore, further boost the competitive dynamics of countries that are, or will, be positioned to be the globe’s engine of growth, enlarging business opportunities in those key markets. Over the mid-term, as European companies boost profits and contribute to Europe’s recovery, global business opportunities should expand.

SM
What obstacles do you see facing  companies in the European market? How should they plan to overcome such challenges?

Christopher Baugh
The European media market has already been moving towards saturation before this second crisis. During the 2008-2009 crisis, people did not stop watching TV; it might, however, be very costly to compete in today’s economical environment. In the past year, we’ve seen many ambitious projects looking for satellite capacity, while their budgets were still to be financed. Finding financing is one of the largest obstacles among media companies. A solution might be looking for alternative financing or partnering with someone who has deep pockets—or simply to look outside the euro zone.

For the satellite operators, the best approach is to work together with their customers and consider more contract flexibility, such as payment terms. Some operators have given capacity for free for a limited amount of time, or offered “pay-as-you-go” terms. Overall, pricing has typically come down in the last year.

Another opportunity is to somehow convince the German audience to start to consider payTV. If this mindset changed, there is huge potential among the amount of TV viewers as well as the purchasing power. The German economy has been very robust (what crisis?), and German consumers have money to spend. Another order winner is high power coverage over multiple regions, as some broadcasters want to reach a wider audience (including the Middle East and Moscow) while avoiding multiple capacity leases.

For the mobility segment, the biggest obstacle is the proliferation of 3G and 4G networks with wider coverage that will encroach on underserved areas and off coastal zones.  To overcome this challenge, it may be required for satellite companies to team up with wireless network providers to offer least-cost routing to their customers.

SM
What new technologies/products do you see companies working on and/or releasing over the next few months that will drive additional business for Europe’s firms?

Christopher Baugh
The main satellite technologies that will drive additional business for Europe’s firms are in high-throughput satellites (HTS), with Ka-SAT from Eutelsat being the first entrant in the run up to more wide scale deployment of HTS capacity in Europe and surrounding regions.

About the author
Mr. Baugh serves as the President and Founder of Northern Sky Research (NSR), which he created in 2000 to provide independent, actionable market research and consulting services to the satellite industry. Mr. Baugh directs all NSR multi-client research reports and single-client consulting projects, and manages a global team of analysts that stand at the forefront of satellite industry expertise. 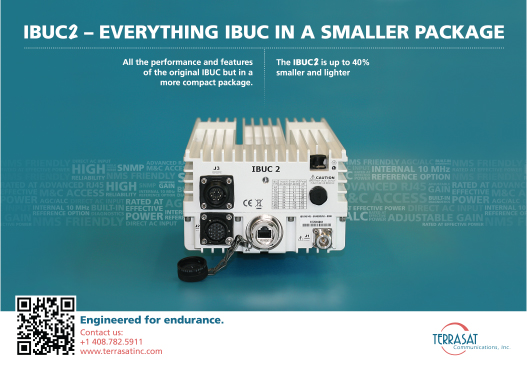