The seemingly endless, albeit occasionally entertaining, debate over which technology is best suited for slinging bits into space pits the benefits of Solid State Power Amplifiers (SSPAs) against those of Traveling Wave-Tube Amplifiers (TWTAs)—which one is the best choice for any given application?

For some, ‘application’ seems to be relegated to a delineating threshold of output power somewhere south of 200 watts—i.e., SSPAs are good for low power and tubes are best for high-power. The rationale for this delineation is explained with charts and graphs that compare the latest Gallium Nitride (GaN) SSPAs with the latest TWTA and Klystron products on the issues of size, weight, output-power and efficiency.

The assumption of course—that all tubes are identical for a given band and power level, and that all SSPAs are identical, regardless of transistor line-up, how they’re combined and the amount of linearization employed. Seldom are references made to such benefits as soft-fail redundancy, hot-swap modularity and cold standby—features that are unique to SSPAs.

Some manufacturers tout themselves as being “technology-agnostic” because their portfolios include products on both sides of the ‘tube/transistor divide. However, I’ve yet to see one that has a balanced offering that includes both technologies. The respective recipes are different enough to require design skills that are unique to each technology. Even the power supplies that drive them are as different as ‘night and day.’ To date, the few companies that produce SSPAs in the thousands of watts remain exclusively dedicated to their solid-state heritage.

Over the years, both camps have generated countless ads, editorials and white papers, rife with subjective attributes designed to “help” customers make an “informed decision.” But it seems to me that customers have already made their decision, as is indicated by a market trend set into motion years ago—a wave of transition not unlike evolutions of technology in other industries. That’s not to say that tube technology is dead, but there is a new kid on the block that offers a value proposition that only solid state technology can provide. You don’t have to take my word for it, nor does an inordinate amount of analysis have to be completed to see where the industry is headed. 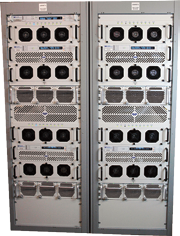 Admittedly, I work for one of the largest SSPA manufacturers in the business, but before you accuse me of being unfairly biased towards solid-state amplifiers, let’s take the following little quiz...

5. Which of the following items is least likely to pass gas?
a) Corn-fed dairy cow    b) Spare TWT    c) Spare SSPA module

Okay, I’ll concede that there are physical elements of tube technology that render them ultimately suitable for some applications, at least for the time being.

For example, TWTs have had a choke-hold on wideband and pulsed-amplifiers used for electronic warfare. But to say that “the TWTA is obviously the best choice” for high-power and that the decision to choose GaN-based SSPAs over TWTAs is “not rational” suggests that the multitude of operators that have adopted GaN to facilitate their need for high power are irrational and incapable of weighing the tradeoffs.

One shouldn’t ignore the fact that the proliferation of GaN devices has clearly been a game-changer for the industry, particularly at the upper frequencies and higher power levels. Transistors are now available to address just about every slice of the frequency spectrum from L- to Ka-band—at efficiencies that were unachievable just a few years ago. 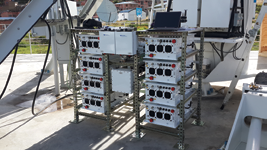 Modular-redundancy, the ability to instantaneously activate hibernating amps and the low MTTR values associated with hot-swappable components alone can dwarf any benefits offered by tube amps. Thanks to the latest device technology, those benefits are continuously shrinking. Higher power densities and increased tolerance of extreme ambient temperatures have now allowed us to shrink footprints to the point that even outdoor installations of systems can generate thousands of watts and make perfect sense.

Steve Turner, the company’s Vice President of Engineering and Chief Architect, has been dedicated to the advancement of solid state power amplification for decades. He is a renowned expert on the subject and has gone to great lengths to characterize SSPAs across the frequency and power spectrum.

High Power Density
Steve Turner: ”Some of our customers require amplifier systems that can generate very  high levels of RF output power in a relatively small footprint. In many cases, our solid state systems are replacing existing TWTA or Klystron products, so the available floor-space is already defined. Gallium Nitride technology provides us with the ability to achieve tremendous power density in our RF module architectures. By using our own proprietary linearization circuits and combining networks, our module designs push the limits of efficiency. We can cascade modules with a variety of combining schemes to reach power levels in excess of 10 kW with switchless redundancy and hot-swap serviceability. A good example of this is our PowerMAX system.”

PowerMAX
Steve Turner:  “Paradise Datacom  has been deploying PowerMAX systems for several years  to commercial customers and government agencies alike. PowerMAX was designed for applications that require a lot of reliable RF power and system redundancy that maintains constant output power even after the failure of a major component.

The modular construction of the amplifiers and power supplies is designed to allow the replacement of modules while the system is in service without interrupting traffic, resulting in the lowest Mean-Time-Between-Failure (MTBF) values available  today.

“PowerMAX systems are currently in service around the world, providing Ku-band   power for DTH uplinks, TWTA replacements for high-power X-band gateways, C-band for deep space exploration and are delivering thousands of watts in S-band for TT&C and Troposcatter systems.

A single PowerMAX rack can generate power levels of 6 kW+, but they can also be phase-combined to deliver levels in excess of 10 kW.”

Outdoor PowerMAX
Steve Turner: “We’ve encountered some instances where customers need to generate thousands of watts of power at the antenna pedestal and don’t wish to invest in a dedicated equipment shelter and all the bells and whistles that go with it.

They want the benefits of PowerMAX, such as 1:N soft-fail redundancy,  modular-architecture and the ability to generate high levels of reliable  RF-power, but they need it to be installed outdoors. So we introduced our ‘Outdoor PowerMAX’ product-line with the same GaAs and GaN-based SSPA modules that comprise PowerMAX, only they’re  packaged in weather-proof enclosures with their own individual forced-air cooling systems.

Just like the indoor version, Outdoor PowerMAX is built on a fully-parallel architecture, which means that there is no single point of failure in the system.

“Outdoor PowerMAX comes factory-integrated integrated in an open frame that allows the amplifiers to be easily removable while in service. The frame baseplates can easily be secured to an antenna foundation in close proximity to the feed in order to minimize signal loss.

For applications that require an L-band interface, Outdoor PowerMAX can be supplied with a redundant L-band to RF converter subsystem that includes an optional fiber optic transceiver for lossless IFL runs over
long distances.“

SSPA Confidence
Paradise Datacom offers a wide range of switching and combining schemes that allows users to take full advantage of our SSPA products to address virtually any application that competing technologies can provide, but with superior MTBF and MTTR values. Plus, the wide (and growing) availability of solid state devices allows us to address non-mainstream frequencies with minimal lead times. We developed our own linearization circuits and even produce many of the passive components that we use in our designs.

Ultimately, the customer must weigh the benefits of tube amps versus SSPAs to determine which technology best suits his or her needs. However, we’re pretty confident that somewhere in our broad portfolio of GaAs and GaN-based solid state power amplifiers lies the optimum solution, be such for indoors or outdoors.

Tony has served the satellite communications industry for 35 years, under a range of banners that include Scientific Atlanta, VertexRSI, STM Wireless, Paradise Datacom and Teledyne Technologies. His knowledge of the industry stems largely from the practical experience he acquired as a Field Engineer installing and commissioning satellite Earth stations around the world. His first book, Satcom Guide for the Technically Challenged, has more than 1,000 copies fielded and is used by large brands throughout the industry as a primer for new hires. He presently holds the title of Vice President of Sales & Marketing for Teledyne Paradise Datacom.

Stephen Turner is the Vice President of Engineering for Teledyne Paradise Datacom in State College, Pennsylvania. USA. He has been involved in the design of microwave components including: oscillators, amplifiers, and converters for more than 30 years. He has introduced many innovative RF combining and thermal design techniques to solid state power amplifier design. Turner is a member of the IEEE Microwave Theory and Techniques Society. He can be reached at Stephen.Turner@Teledyne.com. 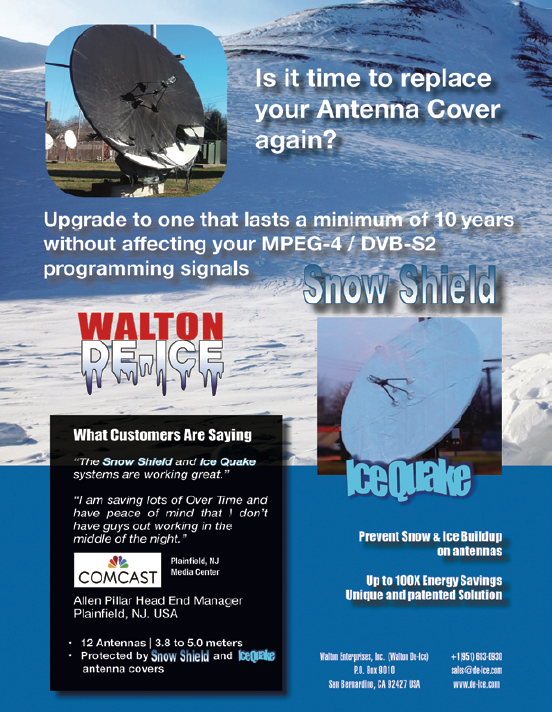