With news broadcasts recently splitting their time between the two major breaking news events—the situation in Crimea, and the search for flight MH370, the business of moving news reporting from one corner of the globe to another is in full swing.

Leveraging a combination of satellite and terrestrial assets, news networks continue to dig-deep into their portfolio of communications options. Among those options are their pre-existing full time leases of satellite capacity, or contribution feeds. Nearly all major news networks leverage these contribution feeds to help deliver studio-to-studio feeds, move content from one corner of the globe to another, or supplement other terrestrial-based pathways.

Already, the major U.S. news networks have put, or are moving, their front-line news talent into both the Central and Eastern European region, and the Southeast Asia regions. In their deployments, it is extremely likely that in addition to leveraging terrestrial undersea fiber capacity, these networks are utilizing their full-time contribution feeds in order to manage costs and deliver compelling news footage from within the regions back to the studios. Unlike other major breaking events such as the 2010 Chilean mining rescue where news agencies relied heavily on reporting at the remote mining location, there was virtually no live reporting coming from the southern Indian Ocean. In Crimea, footage does occur from the field, but can leverage a mix of terrestrial and satellite assets. With the duration of both of these events, one can expect that news agencies are looking closely on how to not only deliver a compelling story, but to stay on budget, as well. 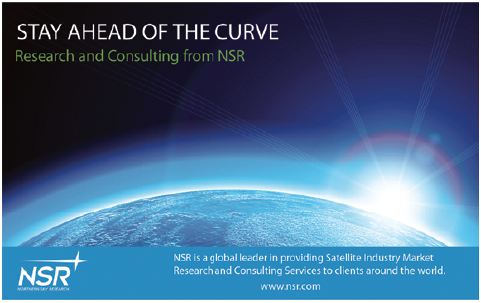 Within that two-fold dynamic of delivering a story and staying on budget is the mix between leveraging Occasional Use (OU) capacity, and Full-time Contribution feeds. As NSR studies within its Contribution and Occasional Use TV Markets report (http://www.nsr.com/research-reports/broadcast-digital-media/contribution-and-occasional-use-tv-markets-/), the Central and Eastern European and Southeast Asia regions will generate more than 560 full-time contribution feeds and almost 230,000 OU hours in 2014.

Driven mostly by the even-year sporting events such as the Winter Olympics, news agencies (especially the larger news organizations) will balance their OU utilization with some of their existing satellite contribution feeds. As both of these events continue to linger, one can bet that more and more coverage is being shifting towards dedicated capacity (either terrestrial or satellite), with budgets for OU hours being held off until the plane is found, or conflict flares up in Ukraine.

However, that is the market today… with heavy use of traditional FSS C-band, Ku-band and MSS. Looking forward, do dynamics within the satellite industry impact this equation, i.e., can more attractive services in widebeam Ka-band or GEO-HTS impact the contribution and OU markets?

In short, yes—for both Contribution feeds, and OU hours, the introduction of Widebeam Ka-band (if it is available), and GEO-HTS are causing a shift from FSS C-band and FSS Ku-band to these other services.

In terms of full-time contribution feeds, a shift in encoding schemes such as h.265/HVEC, move from analog to digital, and the introduction of GEO-HTS and Widebeam Ka-band does improve total number of full-time feeds… but from 2012 to 2024, there is minimal total impact on bandwidth leasing revenues. Simply, some changes in FSS C-band markets will be offset by gains elsewhere—from FSS Ku-band to GEO-HTS. For OU markets, the larger, even-odd year cycle influences uptake… but even there, the smaller form factors, and an IP-centric design, increases the uptake of GEO-HTS.

News agencies will always have the trade-off of leveraging full-time contribution feeds or OU capacity. For the satellite industry, the greater threat is terrestrial offerings (from undersea fiber to the rise of the smartphone reporter.) The need for high quality footage from remote areas will help, as will improvements in video encoding, improvements on the ground, and ultimately—the ongoing need for ‘live at the scene.’

About the author
Mr. Grady has been involved in the Satellite Communications industry since 2005, joining NSR in 2010. He is NSR’s Energy market subject matter expert, and a core member of NSR’s mobility research practice for both civil and government markets. He regularly provides his insights and analysis to NSR’s single-client consulting practice, and is also a regular contributor to leading industry publications and forums. Before joining NSR, Mr. Grady served as the Sustainable Development Projects Coordinator Intern with the Global VSAT Forum where he worked regularly with the GVF Secretariat and the Regulatory Working Group on many of the forum’s initiatives. Working with the Regulatory Working Group, Mr. Grady helped develop and implement various RWG initiatives aimed at protecting satellite spectrum, increasing awareness of satellite services, and working to promote regulatory reforms across the globe.