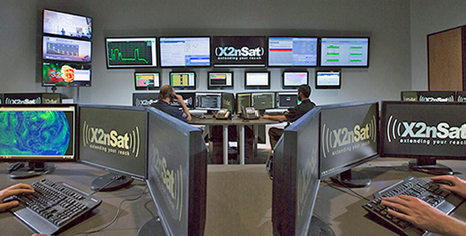 Thuraya announced in March the launch of their M2M service and FT2225 terminal. 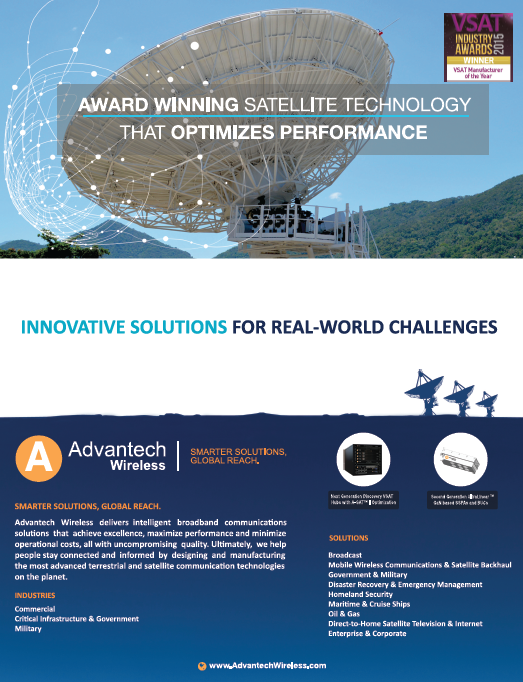 The gap in the market between the current ‘store and forward’ and IP broadband services will now be addressed by the X2nSat solution, according to the CEO of the company, Garrett C. Hill.

Bilal El Hamoui, Chief Commercial Officer at Thuraya, is extremely confident of this partnership and that this agreement will further enhance the company’s commitment to provide end users with the best solutions, no matter where they are located across the globe. Additionally, he added that the launch of this new service will address the M2M / IoT market Working in partnership with X2nSat, Thuraya will now be able to further extend its reach into US markets.

The gap in the market between the current ‘store and forward’ and IP broadband services will now be addressed by the X2nSat solution, according to the CEO of the company, Garrett C. Hill. 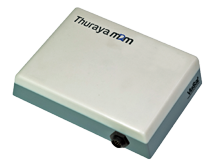 Bilal El Hamoui, Chief Commercial Officer at Thuraya, is extremely confident of this partnership and that this agreement will further enhance the company’s commitment to provide end users with the best solutions, no matter where they are located across the globe. Additionally, he added that the launch of this new service will address the M2M / IoT market that requires a highly efficient, low latency, IP network.
www.x2nsat.com
www.thuraya.com

IRIS combines multiple features currently available from various vendors into one single solution at a fraction of the cost that an operator would pay for each of the components it replaces. The two onboard boxes, a control head and processor provide continuous aircraft and internal data, audio and video recording. The system can record up to 1,000 hours of data received from over 200 sources, depending on model type, giving the operator unprecedented insight into the operation of the aircraft. The system also includes internal, always-on wireless connectivity for electronic flight bags (“EFB’s”) or for continuous data downloads.

With an open architecture and push-to-talk solution, IRIS gives operators the latest communication technology with just one installation. From the ground, crews can monitor aircraft data and receive immediate alerts and warnings when an aircraft exceeds a defined parameter. In addition, pilots and crew can communicate via talk groups using push-to-talk technology.

The software suite accompanying IRIS provides the only integrated time-synced playback of audio, video and flight data, giving operators insight into how their fleet is being flown. Due to its software-based configuration, IRIS is protected against obsolescence. If satellite providers come up with faster service in other bands, IRIS users can adapt by simply changing their antennas. The adaptability is another cost saving factor for operators to consider when choosing a communication and data-monitoring tool.

IRIS is compatible with a full range of aircraft, from older analog models to the newest on the market. Even with a mixed fleet, IRIS provides an integrated monitoring and communications system for operators. In addition, IRIS meets all aspects of the FAA 135.607 ruling.
outerlink.com/?q=IRIS

ETL Systems will be showcasing their new RF distribution technologies at this year’s CommunicAsia in Singapore.

ETL will be exhibiting the smallest matrix of its kind on the market. The new 64 x 64 Hurricane boasts inclusive LNB powering in a 4U compact, modular chassis.

Hurricane’s flexible design offers optimized performance and a range of customizable options to suit a particular set of RF needs, such as fiber inputs, variable gain and variable slope which can be individual to each feed.

ETL has also designed new functionality and increased benefits into a series of advanced products.

These new features may be found in the firm’s StingRay RF over Fiber and Dextra splitters and combiners.

New StingRay models on display at the show will include redundancy systems for reliability and standalone component modules.

If attending CommunicAsia2016, take the opportunity to visit the ETL Systems at Stand 1V3-03.
etlsystems.com/

In its 35th flight (PSLV-C33), ISRO’s Polar Satellite Launch Vehicle successfully launched the 1425 kg IRNSS-1G, the seventh satellite in the Indian Regional Navigation Satellite System (IRNSS) on April 28, 2016, from Satish Dhawan Space Centre SHAR, Sriharikota—this is the 34th consecutively successful mission of PSLV and the thirteenth in its ‘XL’ configuration. 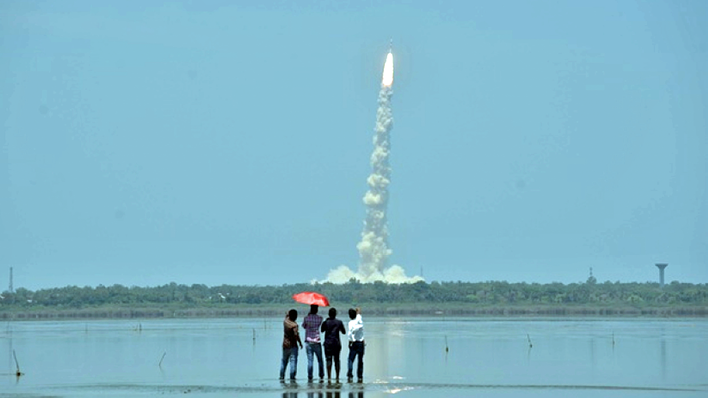 The launch of IRNSS-1G. Photo is courtesy of R Satish Babu/EPS.

After a flight of 19 minutes 42 seconds, IRNSS-1G was injected into an elliptical orbit of 283 km X 20,718 km inclined at an angle of 17.867 degree to the equator (very close to the intended orbit) following which the satellite successfully separated from the PSLV fourth stage.

After separation, the solar panels of IRNSS-1G were deployed automatically. ISRO’s Master Control Facility (MCF) at Hassan, Karnataka took over the control of the satellite.

Over the coming days, four orbit maneuvers will be conducted from MCF to position the satellite in the Geostationary Orbit at 129.5 degrees East. 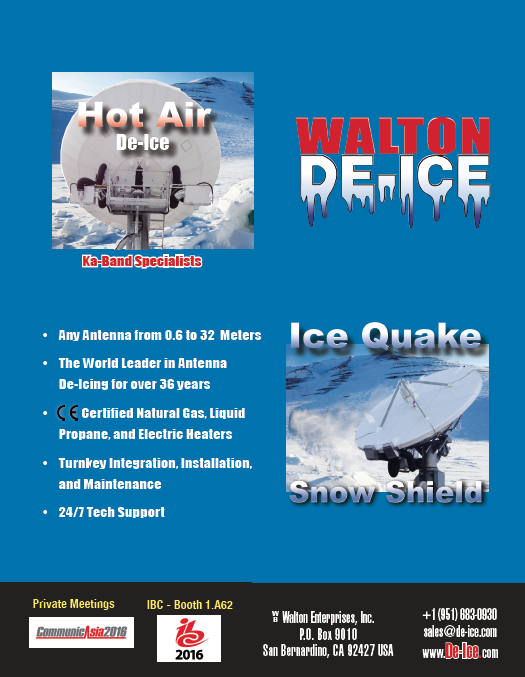 IRNSS-1G is the seventh of the seven satellites constituting the space segment of the Indian Regional Navigation Satellite System.

A number of ground facilities responsible for satellite ranging and monitoring, generation and transmission of navigation parameters, etc., have been established in 18 locations across the country.

India is now one of five countries with its own navigational system, meaning the nation is free of dependence upon other countries for their navigation needs.

The name, NAVIC (Mariners), is in honor of India’s mariners and fisherman who have been navigating using the sun and the stars as waypoints for hundreds of years.
isro.gov.in/

Telesat has procured two prototype Ka-band satellites for operation in Low Earth Orbit (LEO) that the company anticipates launching mid-to-late 2017 as part of a test and validation phase for an advanced, global LEO satellite constellation that Telesat is developing.

Through an authorization issued by Innovation, Science and Economic Development Canada (ISED), Telesat has secured priority rights to certain Ka-band spectrum in non-geostationary orbits (NGSO) at the International Telecommunications Union (ITU) to operate such a constellation.

Telesat has contracted with Space Systems Loral (SSL) of Palo Alto, California, and Surrey Satellite Technology Limited (SSTL) for the procurement of the prototypes.

By drawing on the advanced technologies and expertise of these leading manufacturers, Telesat will test and demonstrate two distinct spacecraft in LEO, a key step in optimizing the design and performance of Telesat’s contemplated LEO constellation.

According to John Celli, the President of SSL, the prototype spacecraft SSL is providing to Telesat demonstrates the versatility of the company’s LEO capabilities, and because of the firm’s focus on low cost production, a growing range of satellite contracts are now in SSL’s “win” column.

Dave Wendling, Telesat’s Chief Technical Officer, offered the fact that the firm’s Anik F2 satellite was the first to provide Ka-band high throughput satellite capacity, and that Telesat’s global constellation development of advanced, high throughput LEO satellites, which will operate in Ka-band, will offer a number of important advantages for the global delivery of high capacity broadband services.