Earlier this year, Hughes Network Systems (Hughes) announced that the company had been selected by Grupo Pegaso to supply its JUPITER™ System to help close the “digital divide” for communities in rural Mexico. 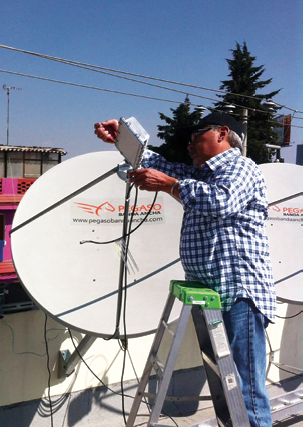 To assist the government in reaching the goal of Internet provisioning for 100 percent of the country’s schools and municipalities, Pegaso Banda Ancha (a Grupo Pegaso company) will deliver services over the Bicentenario satellite. The satellite is owned by Mexico’s Secretariat of Communications and Transportation (SCT), which operates a Hughes JUPITER Gateway and more than 5,000 remote terminals. Grupo Pegaso chose JUPITER for its efficient use of bandwidth and ability to support 20 percent more sites than its competitors.

This project required Pegaso to deploy more than 5,000 Hughes HT terminals in extremely remote locations during a four-month period of time. In order to meet such an aggressive schedule, Hughes partnered with Integrasys to incorporate their award-winning and innovative Satmotion product into the installation process. Integrasys, a company that provides carrier monitoring systems and VSAT commissioning tools, customized the Satmotion system to enable rapid and high-quality installations over the JUPITER platform.

The Satmotion system installation was completed at Pegaso’s Toluca Facility, with the full system installed and ready to use in just two days. The Satmotion Pocket system enables rapid VSAT commissioning by providing the installers a real-time view of the satellite spectrum to adjust for pointing and cross polarization isolation. The Satmotion Pocket configuration at the Toluca facility also allows for six simultaneous installers performing pure carrier lineups without any interference between users.

The system used the same Ku- frequencies in both linear polarizations for delivering its services on the Bicentenario satellite, mandating at least 30dB of isolation on the installation to provide quality service. The Satmotion Pocket technology enabled Pegaso to deploy the network quickly while maintaining accurate installation.

Satmotion Pocket automates the HT1100 and HT1200 terminals commissioning by simplifiying the lineup. This allows the installer in the field to adjust the antenna for peak performance while ensuring cross polarization isolation without NOC (Network Operations Center) coordination.

The entire network was deployed with 10 teams of installers around Mexico who visited sites that possessed limited or no existing connectivity. Not having to coordinate with the NOC to check for cross polarization isolation was a key advantage, as all the communcations during installation was managed over the VSAT.

Once the installers had performed the line-up and minimized CrossPol Interference better than 30dB, the system automatically generated a report that was sent to the hub using the same VSAT link. This process was found to require between three to five minutes to complete, in most cases, as compared to the more traditional method that could take hours.

“Integrating the Satmotion Pocket system in our JUPITER product portfolio allowed our customer to meet the aggressive installation goals mandated as part of this project,” said Kartik Seshadri, senior product director at Hughes.

“In general terms, I note a very intelligent Satmotion solution, and I believe that it is a success due to the levels of cost savings achieved,” said Leonardo Tovar, Director of Operations.

“At Integrasys, we believe that this project shows the potential of Satmotion Pocket to automate the commissioning in order to deploy a high-speed broadband network that is interference free,” said Alvaro Sanchez, Integrasys Sales & Marketing Manager.

The current Pegaso deployed network allows a visualization of the coverage of the Mexico Conectado project, which connects the rural areas of Mexico from Baja California (northwest area) to Tapachula (southeast area).

This project has been a huge success and rural communities are now connected to high-speed broadband Internet using next-generation Hughes JUPITER terminals.

Kartik Seshadri is the Senior Director, International Products Division at Hughes. He is responsible for international product development of Hughes’ broadband products and services.

Alvaro Sanchez is the Sales & Marketing Manager, at Integrasys. He is responsible for Satellite Carrier Monitoring at Integrasys providing the most innovative solution to satellite operators and service providers. 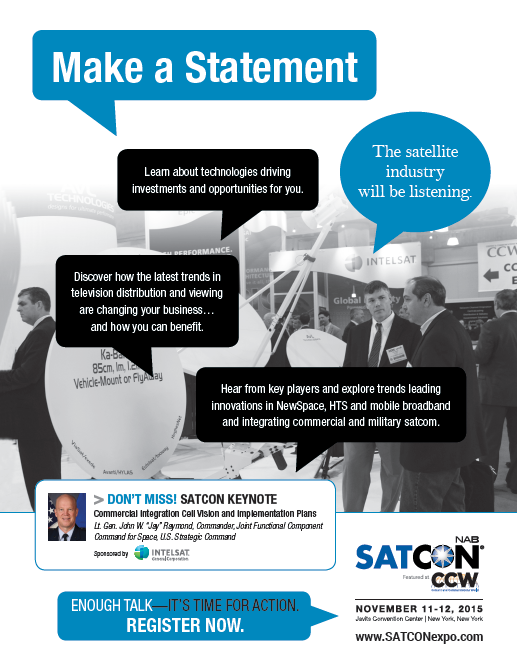