Unique among satellite capacity markets, North America boasts especially mature video and networking segments, as well as very broad scale and transparent global purchases by the U.S. military. The U.S. and Canada are also satellite innovators, leading the way into new satellite applications best illustrated by the early adoption of direct-to-home (DTH) video business models, and more recently, the successful introduction of satellite radio through Sirius/XM, and direct Internet access (DIA) services such as the WildBlue/ViaSat and Hughes two-way consumer broadband services. Each of these market segments — and others assessed in Futron’s 2010 Forecast of Global Satellite Services Demand — have distinctive characteristics, drivers, challenges, and of course, opportunities. Yet with overall annual growth above 3 percent through 2014, and around 2 percent through 2019, North America is likely to remain the world’s largest market for satellite services with forecast demand by 2019 for over 2,150 36 MHz transponder equivalent (TPEs), or 120,000 Mbps of satellite capacity.

The Markets For Video
North America’s video marketplace provides a global baseline for the role of satellite services in a maturing market where multiple distribution platforms — terrestrial, wireless, and satellite — compete and complement each other in a dynamic setting focused on more immediate access to more content, anywhere. Often referred to as “over-the-top” video, these services respond to individuals, businesses and organizations interested in accessing a wider range of content real-time, from TV episodes and short clips video blogs to full length movies viewed on an increasing range of devices — room-sized HD television set, computers, tablets, and cell phones at home, at work or on the move. 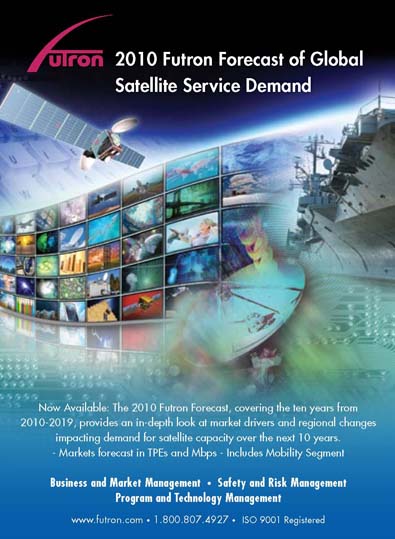 The North American DTH business is part of one of the world’s most competitive consumer markets, with players including not only satellite, but also telecom/fiber and cable companies. The biggest drivers of demand continue to be expansion in high definition (HD), including local channels. In contrast with other segments of the video market (e.g., distribution and contribution), DTH utilization levels have remained high, and in 2009 both Ciel and Telesat launched fully utilized new satellites, adding 1,000 new channels, dominated by local-into-local HD broadcasts. Looking forward, keep an eye on new competition from so-called “tweener” systems such as Spectrum 5, regulatory issues tied to multi-platform completion across the broader video and content industry, and the evolution of 3D channels.
Outside of the DTH market, the introduction of HD is more tempered, with the number of HD distribution channels jumping from around 30 to just above 150 by the end of the decade, which seems large, but is one tenth the number of DTH HD channels.

Nevertheless, Futron expects HD channel growth in this video segment to continue as cable systems demand more content to compete with DTH. C-band is the predominant frequency range for distribution to cable head-ends — and will likely continue into the future.

Looking ahead, the key trends impacting satellite video distribution will be the transition from standard digital to HD, migration of demand to internet video, and movement by cable operators to fiber-optic delivery, starting in the U.S. where Comcast Media Center, the operator of the popular Headend in the Sky distribution platform, is introducing a fiber-optic delivery method to its cable customers.

The Markets For Networks
Networking services, ranging from corporate VSAT networks to consumer broadband services, further highlight the role of satellites in a mature business environment punctuated by widespread access to fiber networks and growing coverage of high-speed terrestrial wireless such as 4G, Wi-Fi and WiMax systems. North America is also the vanguard for consumer broadband via satellite, as the first region to introduce the service and prove out the business model, and North America currently represents about half of global demand. Despite the availability of multiple terrestrial alternatives in major markets, service has continued to expand in both rural and ex-urban areas where there are pockets of demand and relatively high incomes to pay for alternative service. With new platforms such as ViaSat-1 and Hughes’ Jupiter coming on line in the near term, offering greater capabilities at lower cost, growth is forecast to continue to be strong at around 8 percent per year. 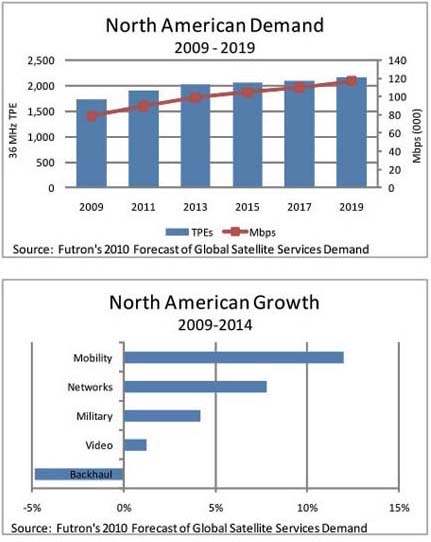 Corporate networks, on the other hand, have experienced softness due to difficult economic conditions reducing deployment of new sites and networks. This trend is expected to continue for some time, keeping growth flat in the near term. At the same time, two major segments provide ongoing stability: Continued use of satellite networks for back-up/disaster recovery solutions and demand from government-subsidized broadband initiatives where satellite is likely to play a supporting role. A key opportunity in the longer-term is introducing portability and mobility into these networks, and the evolving role of satellite versus terrestrial wireless (and hybrid) systems.

The Military Segment
The U.S. military and security agencies dominate global demand for commercial satellite services, although much of their supply requirements do not directly cover the North American geography. Interestingly, Futron’s forecast for the military segment is somewhat higher than other estimates based on our belief that demand for classified operations is higher than generally thought; these programs are also a future growth driver.

For North America, military demand includes significant requirements for reach-back downlinks from theaters of conflict, educational programming and broadcast services, naval fleet support, and unmanned systems development, training, and civilian applications such as border security. North American C-band demand is projected to slowly decrease as alternatives become available and equipment lifecycles come to an end. However, moves to conduct more in theatre processing of ISR data with less reach-back to North America may lessen demand for satellite capacity for these applications.

Efficiency, Creativity, Risk-Taking
Innovation is the key buzzword of the satellite industry today — and North America has long been a major force in driving new satellite applications, business models, and hybrid communications networks. During the recent economic downturn, the North American market highlighted its relative insulation from the broader economic difficulties, in part based on the enabling role and critical nature of many telecommunications services. 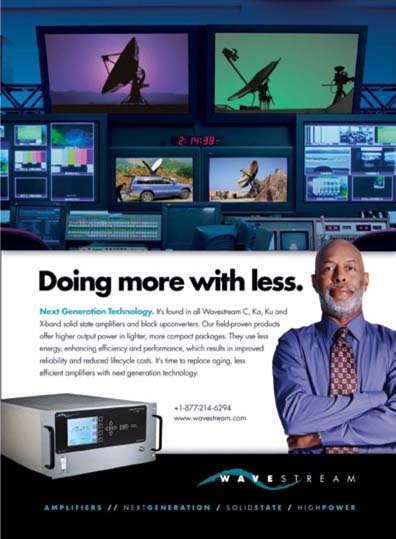 Yet, as a market leader, several satellite segments show signs of saturation and maturity. Business and government will adapt to the changes in regulation, competition, and business models, but must stimulate efficiency, creativity, and risk-taking. As the trends in North America suggest, there is a broad global movement to towards high power and high throughput capacity, with associated deployment of tailored services for specific applications and customer markets.

The decade ahead is a promising one for the North American communications satellite services market, where mature segments are managed for profit and lower growth, coupled with investment in new applications, services and hybrid services that require new investment, performance measures, and different ways of doing business.

About the author
Mr. Jacob Gullish has more than 15 years of experience in the satellite, communications, media and government sectors in the U.S. as well as Africa, Latin America and South/Southeast Asia. An economist by training, he has participated in a large number of financial transactions, assessments, due diligences, and forecasting and is responsible for management of Futron's forecasting activities. He has conducted strategy development, financial planning and implementation at the senior level and has worked for and with major companies and government clients in some 20+ markets worldwide. Email: jgullish@futron.com.