High resolution commercial satellite imaging is now a sufficiently mature technology which can provide near-real time monitoring of a broad range of man-made land use and cover activities, and is an important geographical tool for the modern GIS professional. 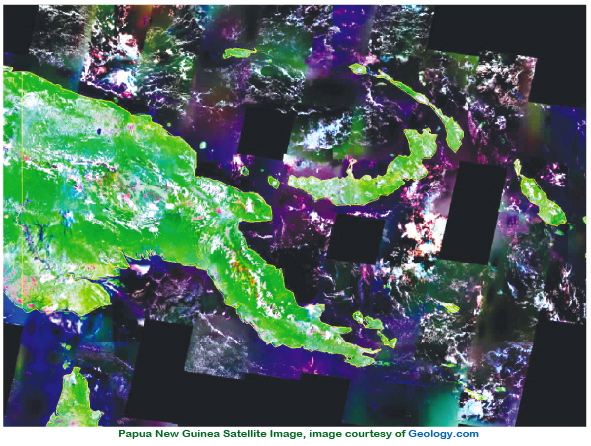 Market globalisation and climate change related factors are set to increase the impact of conflict between complex resource extraction and simple ethnic communities — the greatest burden of impact usually affects those nearest to the base of the socio-economic scale the hardest. The latest developments in this technological area, combined with astronomy-based image processing methods, are used to look at regions of global concern that include: Zimbabwe, West Papua, and India.

The use of high resolution satellite imagery has been associated with the military ever since the Cold War — they were the only organisations with launch capability to place polar orbiting satellite platforms into space. Historically, such sensitive satellite imagery was difficult to disseminate due to security classification. However, ex-Soviet commercial provision of high-resolution military imagery (degraded to 2m resolution), as well as the 1994 Clinton Administration Presidential Decision Directive, enabled private companies to access and sell high-resolution imagery from US and Soviet Cold War military satellites (e.g., the Corona and KVR series).

Quality imagery is available from several satellite data archives in the West, especially the following from company GEOEYE, whose offerings include: Orbview-3 (launched in March of 2003), which has 1m panchromatic (Black and White) resolution and 4m multispectral resolution. IKONOS 2 (launched in 1999) is a multispectral (colour) satellite with 1m panchromatic resolution, 3 true colour bands: blue (0.45-0.52), green (0.51-0.60), red (0.63-0.69), and an invisible near infra red band (0.76-0.90 microns), which when combined together generate false colour images for discriminating key land features. There’a also DigitalGlobe’s QUICKBIRD 2 (launched in October of 2001) that provides panchromatic image products at 0.61-0.72m resolution and 2.44m multispectral resolution. 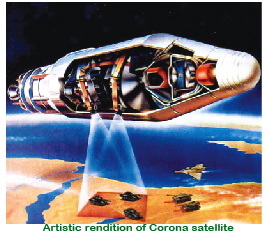 A key challenge for confirmation of the impact of mining on isolated tribal groups is a rapid response to credible eyewitness reports. Effective and timely response is critical if the international community is able to mitigate against unlawful or environmentally damaging activities. 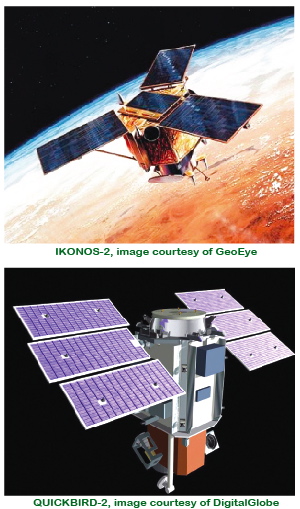 NGO’s are often hindered by not knowing details such as the size of and population distribution within affected areas while simultaneously having to deal with governments’ unwillingness to permit investigators to gain access to areas to verify environmental conditions on the ground, or to provide urgently needed humanitarian relief when required (e.g., in the aftermath of Cyclone Nargis in Burma in 2008). High resolution satellite imaging can provide critical tools for the making of quality, detailed maps essential for the distribution of key resources such as food and water. In some cases, journalists’ access is also highly perilous, as in the West Papuan Mining case study region where two American journalists were shot dead trying to take ground images of the mine — one of the West Papuan Independence movement leaders in contact with my Survival International colleagues, Kelly Kwalik, was killed in the vicinity of the mine in December of 2009.

I was invited by Survival International, a human rights organisation focused primarily on endangered indigenous groups around the globe, to look closely at the Grasberg mine complex in West Papua, as very few maps or geophysical data is available for the West Papuan mining areas due to their inherent inaccessibility. This request followed previous studies I had been involved with, including land clearances in Zimbabwe (Reference 1).

There has been considerable concern for the welfare of the indigenous Amungme and Komoro tribes for many decades, especially since the expansive growth of the Grasberg mine, operated by Rio Tinto (a US registered company) as a 40 percent joint venture partnership with Freeport McMoran Copper and Gold (FCX) in partnership with the Indonesian Government. PT Freeport Indonesia (PTFI) is a subsidiary of FCX. This mine is the largest gold mine in the world and the third largest copper mine, and is a highly significant factor in the Indonesian economy .

WAHLI recommended that the Indonesian government enforce its own national environmental laws by halting Freeport-Rio Tinto operations until the shortfalls were remedied and undertake its own thorough and regular sampling. They also called for the government to re-examine tax and royalty arrangements and establish an independent panel to define various issues, including processing and waste management. Local communities protesting against cultural and environmental damage by the mine’s expansion and operations have been subject to a wide range of measures, including harassment, torture, and murder.

It is on such grounds that the Norwegian Pension Fund recently disinvested from Rio Tinto in 2008. For the Amungme and Komoro tribes, destruction of Mt. Grasberg has been little short of devastating. Tribes were forcefully relocated by the Indonesian government, leaving thousands of indigenous people removed from their traditional food gathering and farming territories. Moving the Amungme to the tropical lowlands brought people without immunity into contact with malarial carrying mosquitoes for the first time, leading to an increase in mortality rates. 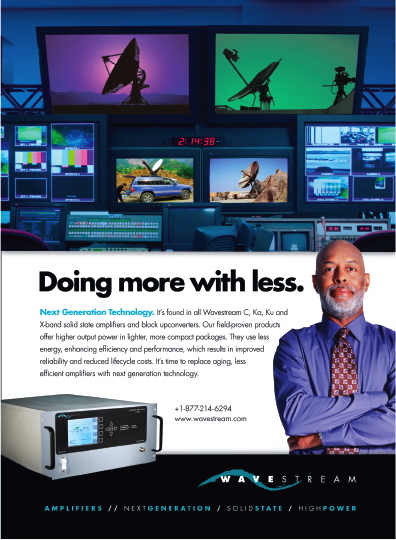 The vast Grasberg and gold mine, first prospected thoroughly by Dutch geologists in the 1930s, comprises several delicate ecosystems — alpine meadow, wetland and mangrove forest — which make this environmental site world-renowned for its wide range and diversity of flora and fauna. The mine is seen (left) with glaciers (right) in Figure 1. The accelerated rate of mine and infrastructure development and consequential environmental destruction are set against a backdrop of rising ethnic tension. The strong indigenous desire for West Papuan independence, which began during the Indonesian occupation in the 1960s, places Grasberg’s Freeport mine as a strong contender for the most contentious environmental mining project in the world.

Damage to the environment caused by the mine has impaired the ability of thousands of Amunge and Komoro tribesmen, traditional owners of the river areas and mine site, to access clean water and food, or maintain their unique traditions and cultural practice. Daily, the mine dumps several hundred thousand tons of waste into the Ajikwa River, resulting in increased sediment transport, which has deoxygenated the river, killing plants and fish alike.

Rapid development of land to the south of mine has led to rapid deforestation between 2000 and 2008 due to mine infrastructural development (Figures 2 and 3, respectively). In this one example image pair of before and after imagery, the land cleared to the east of the river is about 7,190 yards2 with bridges and man-made lakes created. New square buildings, displacing what was recently pristine forest, are visible at about 16 yards x 16 yards. This land clearance is not an isolated case but is a major problem, as documented in recent ESA satellite projects. ERS-1 SAR (Synthetic Aperture Radar) data has been used to monitor rain forest “conversion” and land use planning. The ESA pilot project TRULI, located on the island of Borneo, 450km upstream of the Mahakam river, sets a benchmark for monitoring Indonesian tropical rain forest removal.

Thousands of tons of waste rock are also dumped by lorry into local alpine valleys where high tropical rainfall (often leaving the mountains hidden in thick mist) and erosion lead to fine materials moving downstream, releasing further heavy metals such as Mercury, Cadmium and Copper into the local river networks used by the Amungme and Komoro tribes. Contamination is toxic to aquatic organisms and may be further concentrated in the food chain. The mine complex itself stands at just over 15 Million yards2 with its characteristic bored out circular core Tambang Terbuka (Figure 1). The level of observable detail allows for identification of individual vehicles and the ability to differentiate clearly the operations of different types of mining machinery (Figure 4). 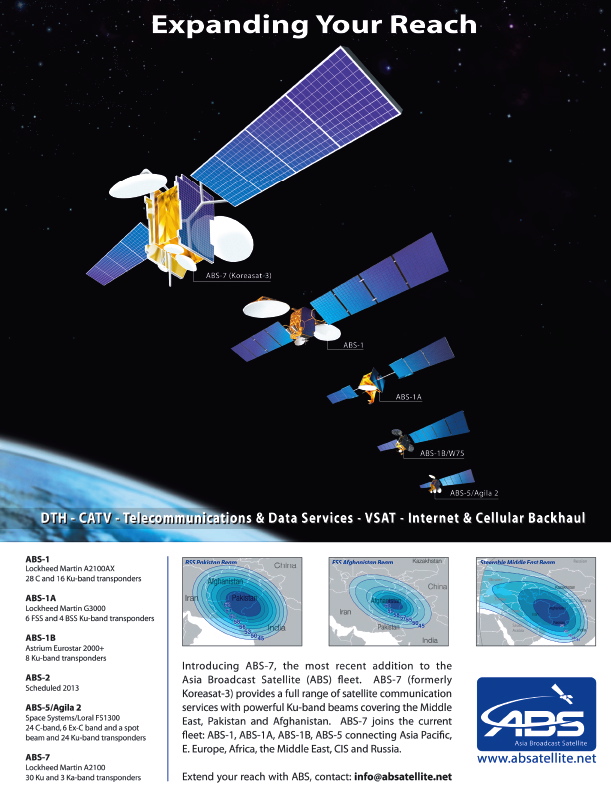 Nearby alpine glaciers, some of the closest to the equator (latitude close to -4° South and longitude 137° East) are considered sensitive markers of immediate climate change. Alpine glaciers have exhibited area change between June 2000 and June 2002, although the Mount Jaya glacier region has been in documented retreat since the mid-19th century. Imagery from the GeoEye Foundation covered areas for the period spanning 2000-2008 (See Figures 2 + 3). Existing, known, underlying terrain feature sizes made measuring the area relatively straightforward using viewer polygonal area image measurement techniques.

Panchpatmali Mine + Dongria Kondh
I was further invited by Survival International to have a look at another controversial proposal for an open cast mine which would affect the Dongria Kondh indigenous tribal people in Orissa, India. The Dongria Kondh are a peaceful people who live in the Niyamgiri Hills, in the Orissa State of India. The mine proposals have been put forward by Vedanta Resources, a UK company determined to mine this mountain’s rich seam of bauxite (aluminium ore).

The Dongria Kondh farm the mountain slopes and grow crops in the forest and gather wild fruit for sale. There are about 8,000 tribal members living in villages scattered right across the Niyamgiri Hills. The Dongria Kondh call themselves the Jharnia, meaning ‘protector of streams’ as they protect their sacred mountains and the life-giving rivers that rise up within its thick forests. Vedanta’s proposed open pit mine would destroy the forests, disrupt the rivers, and end the Dongria Kondh as a distinct people. The Norwegian Government and investment firm Martin Currie have sold their shares in Vedanta Resources. Vedanta claims the mine in the Niyamgiri Hills will be based on a model environmental mine at Panchpatmali.

Satellite imagery as shown in Figure 1 of the Panchpatmali open cast mine (Latitude North 18.9444, longitude 83.1045 East) was obtained from the GeoEye Foundation.

As can be seen significant changes in the imagery are visible due to intensive development of the Panchpatmali mine moving further North East to extract more bauxite along the geological fault of the valley.

It would appear that Vedanta’s claims of using this site as a template for a model ecologically sound and landscaped open cast mine in a sensitive tribal area needs further close scrutiny and inspection. It is hoped that the transparency afforded by satellite imagery will assist Survival International to represent the impact of mining on vulnerable tribal communities to a global audience with great effect. 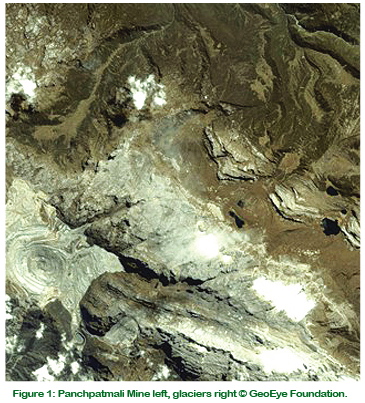 Christopher Ralph Lavers, Ph.D., is a Subject Matter Expert in Radar and Telecommunications, Plymouth University, at Britannia Royal Naval College. He is a lecturer in Sensors and Remote Sensing. His research interests include the use of high resolution satellite imagery for human rights and Earth resource applications. 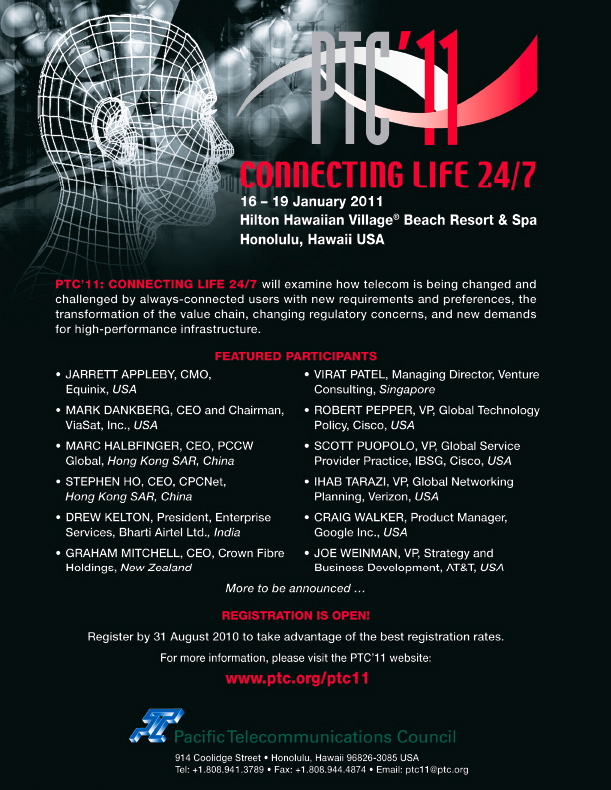