Despite some recent suggestions to the contrary, demand for crew connectivity remains a strong driver of the maritime communications market.

The Maritime Labor Convention is among the factors encouraging service upgrades and higher spending. However, there are other fundamental forces at work and across our industry. Shipowners and operators, managers and crewing agents need to understand what is occurring and how to manage this change in a positive way. 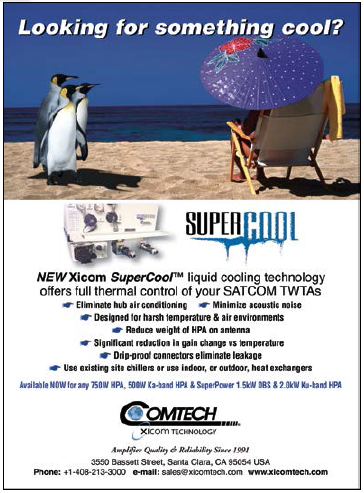 The economics of maritime communications are evolving quickly. Solutions providers such as Globecomm are seeing this first hand and adapting to the landscape so that the new demands can be successfully met.

The phone in our pocket and the tablet in our bag or on our desk means communications are approached in a new way. This is an exciting change, one that brings the potential for much better quality of experience, higher mobility and more flexibility.

In spite of the challenges of communicating at sea, the demand for access via multiple mobile devices is no different than that demand is on land. For communications providers, this means some of the ways contracts with buyers have been approached is going to change—in some cases, that change has already occurred. For shipowners, managers and crew, expectations of greater availability are not necessarily dependent on higher costs or faster bandwidth. Even so, their expectations come with some unintended consequences.

From Too Slow To Very Fast
The background for crew communications has been a slow and steady evolution. From expensive and inconvenient phone calls to scratch cards for crew phones to access via Internet cafes, all have witnessed the increasing demand and usage of voice and data. The next stages have moved quite quickly—from limited web browsing to chat, messaging and social media tools which are usually identical to those that are used on land.

As the interest increased, thanks to the spread of landside Internet access, suppliers have found increasingly innovative ways of squeezing the maximum connectivity out of the minimum bandwidth. Simultaneously, user packages are moving away almost entirely from a pay as you go model to fixed price bundles that only penalize if the data limit is exceeded.

When the first HTS services start to become available this year, availability will increase again as new satellites dramatically step up in the bandwidth that will be available to users. There is a lot of interest around HTS, not least because of the large amounts of money invested in
the technology.

Some observers are already talking of a bubble, in which a huge amount of potential supply searches for a market that may not be ready or willing to pay for it. And, more than likely, prices will be higher, at least initially, which leads many to question how much take up can be expected in shipping.

Too Many Underserved?
We should be clear when discussing demand that MLC 2006 does not specifically mandate crew communications, though it does specify some of the conditions under which crew should be allowed access. MLC 2006 is known as the “seafarers’ bill of rights” and was adopted by government, employer and workers representatives at a special International Labor Conference (ILO) in February of 2006.

Even so, too many crew are still underserved and the MLC provides a convenient tool for them to argue for better access—and for providers to deliver connectivity in a way that works for the owner and the employee alike. What MLC has achieved is to raise the profile of the debate about what could and should be available and has heightened the perception that crew welfare is central to a safe, sustainable and profitable organization.

I am informed that more and more often that crews are becoming much more demanding about their need for access. Only two years ago, most of Globecomm’s customers were subscribing to low volume 50 MB data plans. Today, many are opting for four or eight gigabyte plans, even though their business requirements have hardly changed over that time, which is a reflection of how much more demanding crew have become.

The fact that many owners are adding to their Opex in what for many is a dire market further amplifies that message and can only be a reflection of the need to recruit and retain good quality crews. The host of connectivity options available to shipping means that growing expectations have to be managed. Where cost used to be the defining factor, access is now the most critical. Mariners want to communicate and they are increasingly creative in the ways that they accomplish that need. 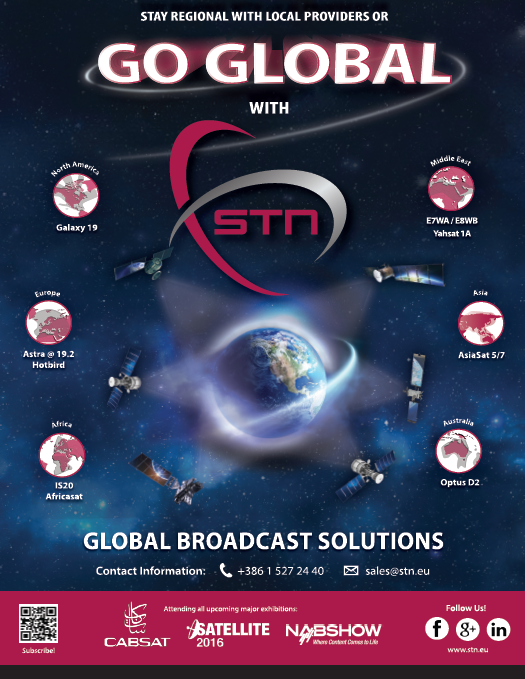 A recent survey by Futurenautics for satellite operator Intelsat found that access to connectivity is a key determinant for the vast majority of seafarers when selecting which company to work for. The trend towards Bring Your Own Device (BYOD) is becoming the defining feature of crew communications. Now that gaining access to connectivity is becoming easier, the next most important factor is privacy.

Privacy has real impact for solutions providers and employers alike. We are entering the world of Facebook, even though, until recently, we have been completely unprepared to meet this kind of demand. When you consider that 1.4 billion people use Facebook every day, and there are 1.5 million seafarers, it makes sense to note that this traffic is on the rise.

The trouble is, we are not in the Facebook market. There has always been little enthusiasm on the part of owners to invest money at a scale necessary to meet seafarer demand. That’s simple economics and until the ‘disruptive innovators’ find a way to provide connectivity for free or cheaply, the economics appear to be stacked against, plentiful, low cost, high bandwidth communications for crews. Or so you might have thought.

A New Paradigm?
The question all should consider is not just about the cost per megabyte or the monthly cost of communications, per se. The bigger issue to consider is whether the market is being overtaken by events. The connectivity that crew require is arguably no more similar to what it was three to five years ago than what it was 20 years ago. All that time, providers have been working toward delivering expensive, asset heavy services and trying to make them into solutions that best fit the need. Systems are squeezed and circuits that are already designed for a low bandwidth environment now need to extract the maximum service at the lowest cost.

Things have certainly changed. It was never the case that one size fitted all—these days it doesn’t even get anywhere close. The advent of cheap smart phones, cheaper tablets and the incredible growth in the use of apps means that ‘Internet browsing’ is continually swapped, in the traditional sense, in favor of using our own devices to access apps, services, shopping, chat, voice over IP, games and content. This is being accomplished on our own devices—all that is required is the router and WiFi signal.

That crews are increasingly using apps like Viber, What’s App and WeChat and are happy to use their devices to chat, message and surf is important for all of us and there is a happy coincidence at play here. More and higher quality connectivity is becoming available, often at more affordable prices. At same time, ‘App Culture’ is delivering the desired level of functionality to end users without the need for huge amounts of bandwidth.

For the satellite operators, that may not be all good news. Even for solutions providers, this demands even more creative solutions in the way we provide services. However, for ship and crew managers, there is definitely a clear dividend. The connectivity crew want can be provided—perhaps at lower cost than previously thought.

Crews lives can be made more connected. What we have found as crew have increasingly embraced social media apps, is just how unsuited these are for use over satellite. Such apps can be inefficient consumers of bandwidth because they are designed for land-based networks. As a result, Globecomm has designed and developed our own and probably won’t be the last to do so.

Where Do We Go From Here?
Just as with the spread of the Internet ashore, this connectivity is not going to stand still. We are caught in a demand-driven cycle where even the ‘new rules’ such as Moore’s Law will soon be overtaken and desire for connectivity will continue to grow.

Shipowners and managers also need to be aware of what will change when this new connectivity is brought onboard their ships. From across the generational divide, it is too easy to criticize the young people who spend more time looking at screens than they do conversing—but that is the reality.

Our first-hand experience with crews clearly shows that the onboard culture varies from ship to ship. Some vessels are very much team-based, with social interaction strongly encouraged—others are not, even if the crew are of the same nationality. The risk is that by enabling crews to enjoy the same mobile access to the Internet as is enjoyed on land, we increase the isolation that many experience by encouraging them to spend more time interacting with their devices than with other people.

Young seafarers want to do both—they want contact with home but they also want to learn—they want to speak and listen to their peers and colleagues. In an industry already under pressure from growing regulation, increased paperwork and procedures, the need is for greater interaction and better mentoring. 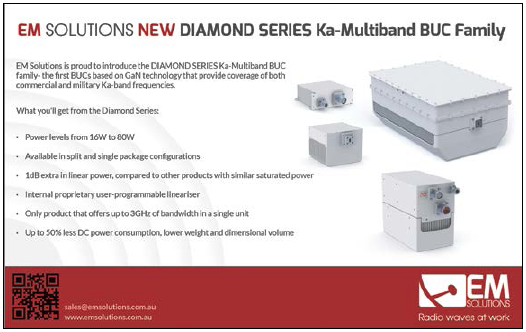 A more controversial topic is whether, having enabled all this access to your crew’s devices, there is actually an argument for restricting access, as well. Owners must decide what their priorities are, what they will pay for and what crew must budget for themselves. There are safety factors and the need to make certain that crew get their mandated hours of rest. Some owners already have a policy of restricting time online in order for crew to balance Internet access with sleep and other non-work activity.

There are other, more existential threats too, such as radicalization and cyber security. Should the shipowner have the right to know what websites the crew are visiting, who they are emailing and what the content of those emails is? As crew become more and more connected, is there a need to draw a line between the right to privacy and the need for monitoring and perhaps control of access? Too few owners give their crew any kind of cyber security training before enabling Internet access but this, together with clear IT and usage policies, are absolutely essential.

What Happens Next?
Solving these problems is the next big challenge for service providers and shipowners alike. Perhaps, though, the industry will provide an answer of its own. Just as we manage the transition from web surfing and email to social media, there is another wealth of content around the corner—news, sport, movies and other entertainment—which the providers are all too keen to sell to crews. How much take up there is of services of this sort remains to be seen, but from what we have observed in communications there can be no doubt that even if the customers are not always right, they are still king.

There is no point in network operators and solutions providers developing new products and services if these are not the ones being requested. Recent history suggests a need to listen much more carefully to what seafarers are asking for—and to provide it in the most efficient and cost effective way.

The social media revolution should have taught us to listen to and anticipate the needs of users and not to imagine that we, in our wisdom, know what is best. The fact is that the change is already happening around us and the speed of change will only continue to increase.

When challenged to be creative, we must be prepared to respond and address these new demands, not just with new services, but with new approaches and a mindset that reflects the new paradigm of crew communications.
globecommsystems.com/satellite-network/locations-asia.shtml 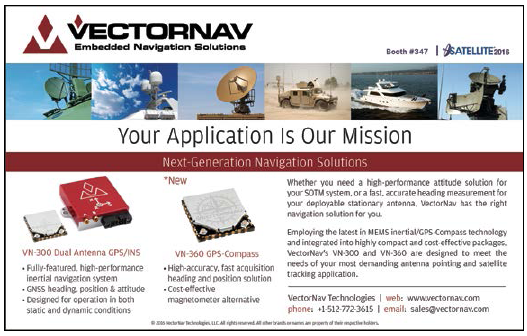