Today, connectivity is an invaluable commodity that has made the world smaller and smarter—people and businesses have immediate access to information, news, data, entertainment, communications and more.

Yet for all the advancement and innovation high-speed broadband has introduced, there are still several barriers obstructing the path to a truly connected world.

Half of the world remains disconnected from the Internet, while demand for connectivity in the other half is skyrocketing and will continue to do so. Within the next 15 years, there will be a projected 30 billion connected devices on this planet.

The only option for meeting this increased demand for bandwidth is to go to space. Satellite connectivity has the footprint and potential to provide ubiquitous, worldwide coverage—but current satellite solutions offer impossibly expensive services that are complicated to understand and buy, bulky equipment and high-maintenance hardware that renders satellite largely inaccessible for many industries. 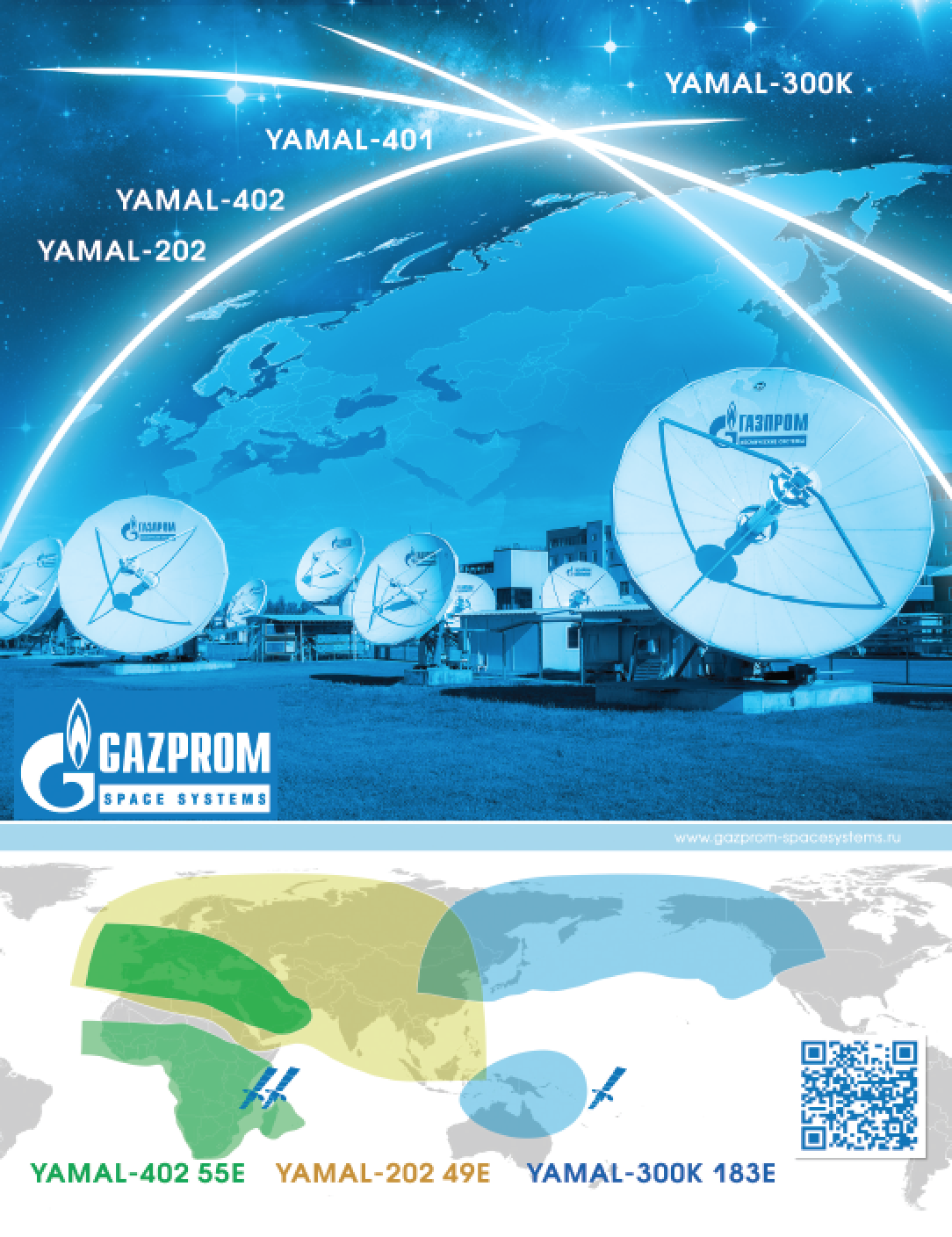 Mobility is Key
The world has an insatiable hunger for more data, especially while on the move.

As satellite solutions become more viable and accepted, the industry is ripe for disruption and on the verge of dramatic change. Today, large investments are being made to increase the number and distribution of satellites in space to address the coverage and capacity constraints of terrestrial networks as data demand escalates. The result will be a stronger, more available wireless network from space.

However, mobility continues to be a major roadblock for many satellite connectivity solutions. The parabolic dish antennas used today are expensive, large, have mechanical parts that break and are difficult to set up. They are also impossible to install on smaller, mobile platforms like cars or even trains, construction equipment or luxury coaches for example.

Currently, there are dishes on houses with amazingly high throughput (hundreds of HD channels at gigabits per second), but those dishes are stationary. The dish cannot move, and the installation of the dish or any maintenance work requires the presence of an onsite technician.

At the same time, most vehicles today have a shark fin antenna for satellite radio, which is mobile, but can only receive around 256 Kbits of data or less. Plus, these antennas can only receive data and lack the ability to transmit out.

Eliminating the Headaches
Consumers want a safe, secure, easy-to-use and seamless transportation experience. However, many industries have failed to integrate a reliable connectivity solution to meet these demands on a global scale—until now.

On the sands at Daytona Beach — antenna testing by Kymeta.

Connected. Anywhere.
Many parts of the world—even areas just outside major metropolitan centers, remain disconnected, and building out new terrestrial infrastructure would take billions of dollars and decades to implement. However, with satellites, vehicles can maintain connectivity regardless of cell tower ranges or international boundaries.

Connectivity without compromise
Satellite access today would require a large, mechanically steered parabolic dish on top of vehicles making satellite impracticable in automobiles, trains, buses, small boats and more. These vehicles require a flat-panel design that won’t impact the natural lines of the vehicle, providing access to connectivity wherever they go that is invisible, secure and reliable.

Terrestrial cellular networks are also crowded and operate on shared radio frequencies, making them notoriously easy to hack. For example, if someone were to hack a car, they would be able to infiltrate from many different access points. Satellite connectivity works as a single point-to-point entry solution, meaning your connection is much less vulnerable or susceptible to disruption.

Another shift that needs to occur is in the way satellite access services are sold. Today, buying satellite capacity is very confusing and extremely expensive. To make satellite available to mobile platforms, buying access must be simplified. Satellite services need to be easier to buy; much like cellular services are purchased—in gigabyte-based plans that everyone is familiar with. 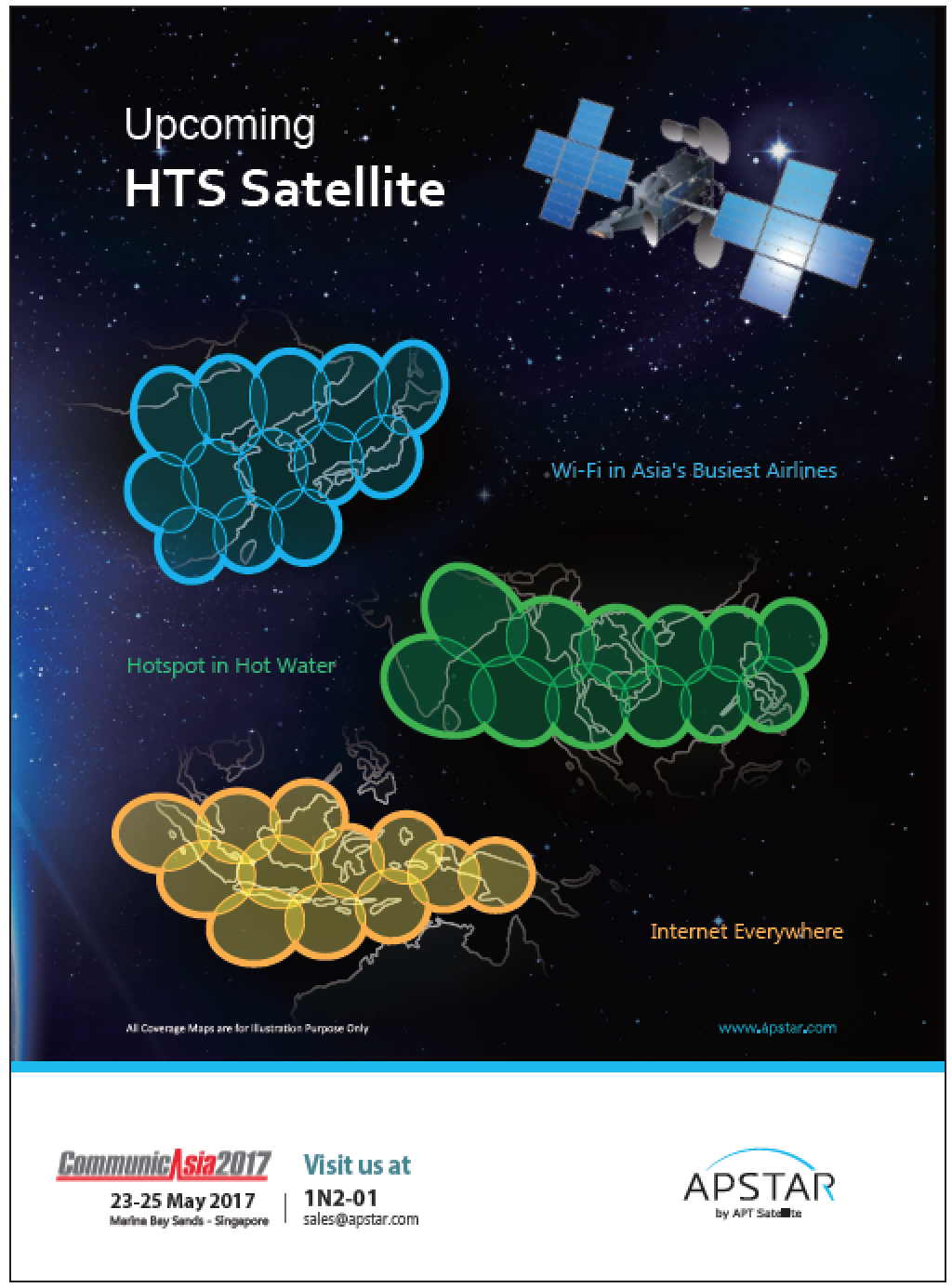 The Shift to Small
Growing demand for connectivity has ushered in a new wave of innovation across the satellite industry.

The influx of connected devices, both stationary and mobile, have caused many to seek coverage options outside terrestrial networks, which are insufficient for these new set of demands. To meet this need, satellite system operators are launching a whole host of LEO and MEO satellite constellations, which will facilitate broadband to mobile platforms.

As these efforts continue to make satellite capacity cheaper and more available, the constraints of traditional parabolic dish design are becoming painfully obvious. Satellite antenna manufacturers face increasing pressure from customers to produce solutions that are thinner, lighter, smaller and more versatile—able to fulfill a diverse set of functions at an affordable cost. The mechanically steered parts of a parabolic dish are expensive to manufacture and maintain, while issues of drag, weight and speed make it impractical for many mobile applications.

The Technology
As the new space race emerges, an unprecedented era of mobility with best-in-class technology must unlock the growing potential of newly launched LEO and MEO constellations.

Kymeta has created the world’s first metamaterials-based, slim, flat, software controlled and electronically steered antenna with no moving parts. This means the antenna will auto-commission and auto-provision, allowing for rapid setup and installation.

Creating the Next Generation, Smart Antenna for Now.
Most of the recent spotlight on the renewed interest in space has been on the creation and upcoming launch of new LEO satellite constellations. But getting these in orbit is only half the battle. LEO satellites will move quickly across the horizon and on average, travel from horizon to horizon in as little as three minutes. To access these satellites and keep a connection, we’ll need antennas that can instantly switch from one satellite to another as they cross the horizon. Mechanically-steered antennas just won’t move fast enough for these new satellite constellations, but software-enabled antennas will.

How do you make a software-enabled antenna? New antenna technology is turning to metamaterials-based design tools. By using metamaterials, an antenna can automatically generate a holographic beam and acquire any satellite signal from anywhere. Because of its design, these antennas can electronically “activate” the elements necessary to acquire a signal faster than traditional antennas, making them crucial for anybody looking to access LEO constellations. They also work seamlessly with current GEO and MEO constellations for much easier, faster, efficient and cost-effective connectivity to space-based networks. 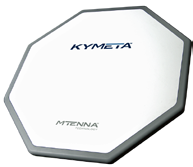 What is a metamaterial?
Metamaterials are engineered with highly precise techniques at the microscopic scale to unlock unusual physical properties. Bulk 3D metamaterial structures tend to be large with narrow, limited bandwidth, and are typically very power-inefficient. Kymeta took the 3D metamaterial tool set and extended it into a 2D surface.

Kymeta technology uses a thin structure with tunable “metamaterial” elements. The tunable elements scatter RF energy when activated. Software activates a pattern of tunable elements to generate a beam. To change the beam direction, the software changes the pattern of activated elements. Kymeta’s technology is an entirely new way of connecting to satellites that has never been used before. The company’s technology is heavily protected by a portfolio of global patents and trade secrets.

Manufacturing.
Another critical factor is creating a solution that can be mass produced and continue to expand with growing mobile communications demands.

Kymeta builds its antennas based on thin-film-transistor (TFT) technology used in liquid crystal displays (LCDs). LCD technology has been around for decades—it’s used in many consumer electronics including TVs, cell phones and laptops. This means that Kymeta can utilize existing LCD manufacturing lines with only minor modifications made to accommodate production of its antennas.

Leveraging the nearly $250 billion in LCD manufacturing infrastructure makes it possible to support mass production, scalability, and affordability. All of this comes together to drive our vision: to enable highly reliable and easy-to-use satellite solutions that far exceed anything available to mobile platforms today.