SatMagazine (SM)
Would you please explain to our readers what your Company’s presence is within the European satellite communications and ancillary market arenas?

Tina Rawlinson
Cavendish Trust is a provider of corporate services to companies that are joining the increasing number of international space related entities, which are establishing a base in the Isle of Man. Being headquartered in the Isle of Man, which is recognised as one of the world’s best regulated offshore jurisdictions for international business and finance, we are ideally placed both geographically and in terms of specific industry experience to advise and support a wide range of satellite and space related companies with a European focus.

SM
What sort of experience does your Company possess within this region of the world?

Tina Rawlinson
The senior members of the Cavendish team each have in excess of 20 years experience in the provision of internationally focused corporate services. As part of this service provision, we have a strong commitment to the space and satellite arena. Indeed, two of our senior staff are graduates of the ISU.

SM
Are you focused on any particular segments, due to their growth potential? (i.e., launch, manufacturing, teleport, security, milsatcom, imagery, satellite broadcast, and others)

Tina Rawlinson
To date, Cavendish has been focussed on the satellite market as a consequence of the huge growth in the Isle of Man satellite industry in recent years. (See ‘Onward Onward Onward’ article in the Insight section of the July/Aug issue of SatMagazine). As noted in that article, what is particularly exciting today, is that the island’s space industry is now expanding into other ancillary markets which Cavendish is also well placed to support.

SM
What market segments in Europe do you believe are the most promising for your Company?

Tina Rawlinson
We are well placed to provide support to all internationally focussed businesses with the space related arena being only one of the many industries which can possibly benefit from an Isle of Man presence.

SM
What have been among your most successful projects for this market and why?

Tina Rawlinson
The breadth of Cavendish Trust’s experience provides for a remit that is broad and far reaching. At any given time, we are engaged in a range of industry related projects but, by its nature, much of the work we undertake is on a confidential basis.

SM
What makes the European market segments so unique?

Tina Rawlinson
Europe is steadily carving out a position as a world leader at the cutting-edge of space exploration and research, although the EU’s space ambitions tend to be overshadowed given other issues which presently tend to dominate the EU agenda. In our view, there is a definite reason for optimism in respect of the European space and satellite sector. 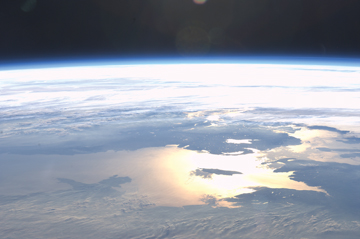 As examples, in June, the European Space Agency (ESA) announced its commitment to a new space mission to explore dark matter deep inside the cosmos, using the Euclid telescope. Also the ESA’s fourth ever long-term mission to the International Space Station (ISS) has just been completed which has included painstaking experiments to contribute to our understanding of a range of cutting edge scientific areas, from solar research to fluid physics. Another space exploration milestone was passed in May when the ESA announced it would undertake a new mission to further explore the moons surrounding planet Jupiter.

Europe has also been participating in some highly lucrative projects in various space-related industries such as the burgeoning rocket launcher industry. Take Vega, which was launched in February from French Guiana. Because it can carry more than one satellite at the same time, experts anticipate Vega’s demand will be huge. And let’s not forget Ariane V and Soyuz, both valuable parts of the European launcher family. The combined capabilities of these three launchers mean that Europe can now cover all the main launcher needs that the industry throws up, from relatively limited scientific missions to larger, more ambitious projects. That’s a unique position in itself.

Europe is also arguably the most important space cooperation partner of the US. For example, the ESA’s contribution to the ISS is crucial for the Americans, as it not only provided the Columbus research module, but also the Automated Transfer Vehicle (ATV) used to transport cargo to the station. This support is crucial given the end of the U.S. Shuttle programme.

Europe also has great potential to intensify cooperation with other leaders in the field. For example, working with Russia in the area of GPS and carrying out a mission to explore potential biological activity on the planet Mars, through the Exo Mars project. So the future looks extremely positive for the European space industry.

SM
The challenges are numerous for entry into, and for business sustainment within, this area of the world. What do you see as among the most formidable challenges to surmount?

Tina Rawlinson
As an Isle of Man based company, we are often faced with the stigma attached to the word ‘offshore’. A rather more accurate description of the Isle of Man would be ‘a tax neutral international business platform.’ Fortunately more and more international governments and companies are realising that this is in fact the case.

Despite the outdated ‘offshore’ stigma, the Island has become something of a magnet for the space and satellite industry, evidenced by the fact that four of the top ten satellite operators are now based here. We certainly now have a critical mass of highly successful businesses here which has underpinned the sector, again as covered by the ‘Onward Onward Onward’ article (Insight section July/Aug issue of SatMagazine).

Nevertheless, there is still a lack of knowledge about the enormous advantages and benefits that the Isle of Man has to offer satellite related businesses. That is why, as a service provider, we feel it is important to take the positive messages about the Island out into the market place, including Europe. In this respect, Cavendish is fully behind the efforts being made by the Isle of Man Government to promote the Island’s good reputation. The Government is totally supportive of the space and satellite industry and even has its own dedicated space department. 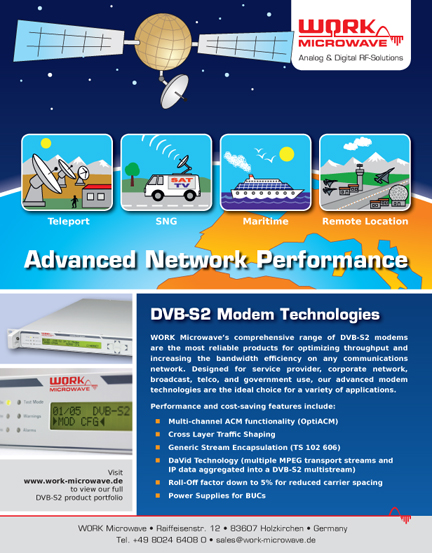 We are also fortunate to have a world class organisation as part of the Isle of Man space team, ManSat, which handles all orbital filings on behalf of Isle of Man based companies with the International Telecommunications Union (ITU) in Geneva.

SM
Given the state of the global economy, how do you rate the European market as far as its viability for income generation and growth over the next year or two?

Tina Rawlinson
We believe there are good prospects for growth as recent reports confirm the space industry continues to buck the recessionary trend. Further, the recent shift away from space business being a Government driven industry to a commercial industry can only mean a move towards a new and vibrant sector with huge growth potential.

Despite the on-going euro pressures and the fact that Europe is struggling with economic downturn, the overall outlook for the bloc’s space industry is a welcome and refreshing contrast. Though Europe will have to tackle some massive challenges, and progress will not come cheaply, we believe that Europe’s future in space is in good shape.

SM
Where do you believe the opportunities for growth exist?

Tina Rawlinson
Without doubt, in telecommunications. This will keep demand high in satellite related arenas which in turn will also benefit ancillary businesses.

SM
How is the euro crisis affecting your Company and how are you dealing with these financially tough times?

Tina Rawlinson
While the Isle of Man is an international business centre, we are outside the Eurozone and our currency is sterling, so we are insulated somewhat from the problems associated with the euro. Until now, the European market has not traditionally been a major source of business for the provision of international corporate services. However, given the on-going euro crisis, we believe there has never been a better time for European based space and satellite companies to consider the benefits of safe haven jurisdictions such as the Isle of Man.

SM
What applications are driving the demand for satellite-delivered communications in the European region?

Tina Rawlinson
Reports indicate that the ongoing demand for improvements in mobile and associated security applications continue to drive all satellite and ancillary services.

SM
What do you see as the major focuses for driving existing and new business in this arena?

Tina Rawlinson
Competition in the telecommunications arena is massive and will continue to be massive for the foreseeable future.  The continuing quest for technological advancement and to find the next ‘big thing’ is a powerful force. This is driving the industry forward.

SM
How do you believe the European satellite market will impact global, as well as your Company’s business opportunities?

Tina Rawlinson
Given the hugely significant role that satellites now play in the earth’s infrastructure, no section of the planet, Europe, Asia, or the Americas can afford not to grasp the importance of the wider satellite market. As previously mentioned, the European market is becoming increasingly influential. At the same time, the Isle of Man is enjoying a burgeoning reputation in the global space and satellite industry, so there is every likelihood that this will lead to further business opportunities within Europe and elsewhere.

About the author
Tina is a shareholder and director of Cavendish Trust with responsibility for a portfolio of international clients as well as joint responsibility for most of Cavendish Trust’s internal functions. as well as an emphasis on business development, marketing and personnel. Tina has 20 years of experience within the international corporate and trust service arena.