With wireless communications proliferating as never before, several parameters are important in the selection of a digitizer for acquiring and accurately measuring signals used for the design and testing of wireless equipment. Wireless engineering has become extremely complex in most applications, including satellite communications, cell phones, computer network components, and commercial broadcast transmitters, all of which require ultra-high stability and accuracy. To ensure that communications products meet those requirements, multi-channel analog-to-digital converters — digitizers — are now widely used in R&D prototype development, manufacturing test, and field service testing of communication chips, sub-assemblies and finished products. 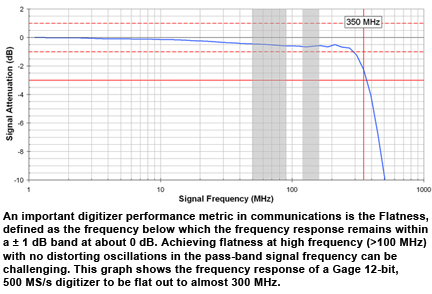 PC-based digitizer cards have clearly demonstrated significant advantages over oscilloscopes in terms of attributes such as speed (sampling rate), resolution and accuracy. However, there is often cause for confusion over manufacturers’ specifications, the numbers that describe the quality and performance range of each manufacturer’s digitizers.

While manufacturers publish critical performance metrics such as speed, memory, clock accuracy and bandwidth, in actuality these specifications should only be taken at face value and require further definition. That is why it is important to “look behind the numbers” to see what they may or may not mean, to ensure that your selection of a digitizer meets your particular requirements. Therefore, you may want to request additional information from the digitizer manufacturer to ensure that its digitizer model is right for your applications.

“Theoretically, we would want the frequency response curve to be flat and sustained all the way to infinite frequency, so that the signal would not be attenuated at all,” explains Andrew Dawson at GaGe Applied Technologies (Lockport, IL), a manufacturer of high-performance PC-based digitizers and related software. “But in the real world, the acceptable attenuation is generally considered to be 3 dB.” 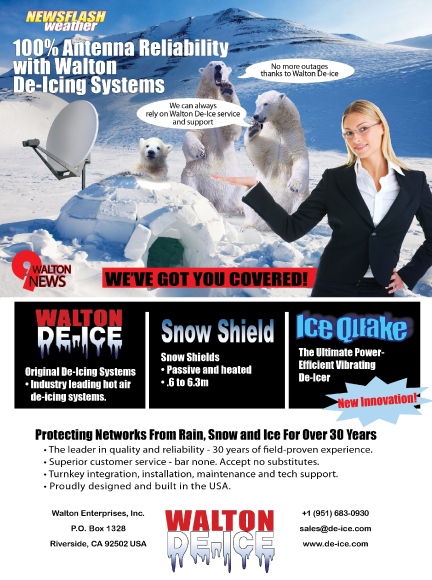 The frequency below which the digitizer attenuates an input signal by less than 3 dB is called the “cut-off frequency” or “bandwidth” of a digitizer. .” Frequencies that lie below this 3 dB frequency comprise what is called the “pass-band” of the digitizer. Dawson adds that to know the true pass-band of a digitizer, you can request that the manufacturer provide the appropriate frequency response curve. This curve could illustrate that, while the signal has a bandwidth of 350 MHz, for example, the digitizer’s frequency response is flat only up to 300 MHz. In some cases, where the attenuation may be greater than 1 dB but less than 3 dB, the response may be oscillating rapidly at some frequencies. This somewhat problematic situation would be indicated by the response curve quivering sporadically within the 0 to 300 MHz bandwidth. When attenuation exceeds 3dB, flatness falls off significantly and noise occurs even more noticeably.  In the absence of the full frequency response curve, obtaining the flatness provides much more information about the frequency response than just the bandwidth.

As most applications use a combination of frequencies, a pass-band with insufficient flatness will often be detrimental to performance in wireless applications. So, it would be very helpful to users if they would request from their prospective suppliers some graphical or tabular references providing sample input signals (sine waves) and corresponding frequency response curves, rather than simply a bandwidth description. “Don’t just ask about the bandwidth, ask about the flatness,” Dawson applies. “That’s the data you really need.”

High Vertical Resolution
It is important that a digitizer provide the best possible resolution, or signal fidelity.  While almost all stand-alone digital oscilloscopes contain embedded 8-bit digitizers, a 12-bit digitizer card enables much higher resolution — 4,096 levels across the input range as compared with only 256 levels attainable from an 8-bit oscilloscope. The 16X smaller levels allow smaller signal features to be detected in the time or frequency domain.

“Quite generally, we can characterize the undesirable elements added to an input signal by a digitizer instrument as either noise or distortion.  Of these two, it is almost always distortion that is the dominant contributor to the degradation of signal fidelity at high signal frequency,” explains Dawson. “Once a signal has been distorted, there is no practical way to remove the distortion. Further, the SNR (signal-to-noise ratio) generally stays constant as a function of signal frequency, while the THD (total harmonic distortion) increases dramatically with signal frequency. Therefore, high vertical resolution and accompanying high ENOB and low THD near the IF (intermediate frequency) are important for good signal integrity. 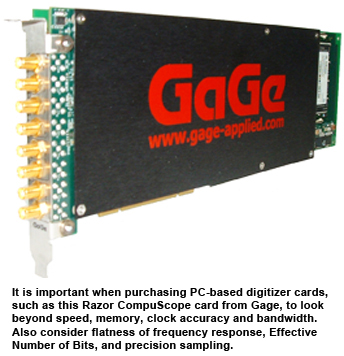 “The nominal resolution of a digitizer is theoretical, and the ENOB is what you actually get,” Dawson points out. For that reason, although the ENOB may not be stated in the product literature, it behooves the user to look beyond the nominal resolution and get the ENOB from the digitizer manufacturer in order to determine if the vertical signal fidelity is sufficient for the application.

First, the user may provide an ultra-accurate external sampling clock signal, which is directly passed to the ADC chips. The external clocking input (almost never available on stand-alone oscilloscopes) also allows the user to provide any sampling rate. For example, a user designing communications receivers with built-in 887.3 MS/s ADCs could simulate receiver operation with a commercial digitizer operating with an 887.3 MHz clocking signal being “fed” to the digitizer card from an external source.

The second method of improving clock accuracy requires a digitizer with a 10 MHz reference signal input. The signal is internally used to control a Phase-Lock-Loop (PLL) circuit that creates the digitizer’s sampling clock. For example, the PLL would ensure that a 500 MHz sampling frequency is exactly 50 times the frequency of the input 10 MHz.

“Having the ability to use either a selected external signal or a 10 MHz reference signal is not available in all digitizers,” Dawson says. “But it is useful in many applications, providing the additional advantage of allowing for synchronization of multiple instruments, which can circumvent signal instability problems in many communications systems.” 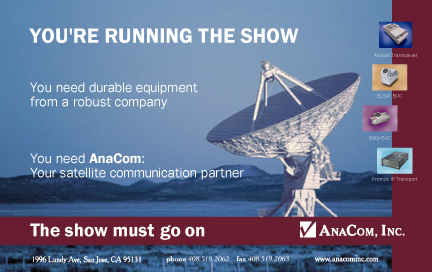 Deep Memory
In many wireless applications, communications engineers and manufacturers want to test signals or sine waves for durations ranging from several seconds up to many minutes or even hours.

Typically, engineers want to acquire uninterrupted signals at high speeds like 500 MS/s for human time-scales of seconds or minutes. In the past, this has required large amounts of dedicated on-board acquisition memory. Several GigaSamples of on-board memory allow unbroken signal acquisition for several seconds at 500 MS/s.

Recently, data busses like the GaGe’s PCI Express bus have emerged to allow continuous streaming of waveform data directly from the digitizer to fast hard drive arrays (RAIDs) having Terabytes of capacity. Digitizers on such platforms may stream data at 500 MS/s for a full hour or longer. Therefore, high digitizer memory or evenstreaming to high capacity storage drives allow for acquisition of communications signals for relatively long durations of up to hours.

“There are other aspects of digitizers that are also important,” Dawson says. “But if you want to look at raw analog communications signals and characterize them accurately, you need to have a digitizer with appropriate flatness, vertical resolution, memory capacity and sample rate. To make an informed selection of equipment using those criteria, users need to be sure that real-world information is available, and request it if need be.” 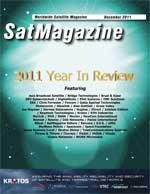