Dr. Ali R. Ebadi is the Senior Vice President – Space Systems Development of MEASAT Satellite Systems Sdn. Bhd and was a member of the Radio Regulations Board (RRB) of the International Telecommunication Union (ITU) from 2006 to 2014 (8 year maximum tenure).  He has more than 30 years’ experience in the field of Radio Engineering, Spectrum Management and Satellite Communications and was a prominent voice in ITU’s activities.

SatMagazine
Dr. Ebadi, congratulations on the September launch of MEASAT’s largest and most advanced satellite to date, MEASAT-3b. What prompted the decision to procure and launch MEASAT-3b?

Dr. Ebadi
MEASAT-3b, a Ku-band satellite that is designed to provide video and data services across Malaysia, India, Indonesia and Australia, was initiated in response to the needs of MEASAT’s existing DTH customers for greater Ku-band capacity in order to expand their DTH businesses with more service offerings and greater HD content. The addition of an Australian beam further expands our coverage.

SatMagazine
Would you walk us through the procurement process? What special considerations does MEASAT make when selecting the satellite’s design and manufacturer?

Dr. Ebadi
MEASAT has developed a comprehensive risk-averse approach to satellite procurement. This approach has been followed since the procurement and launch of our first satellites and includes:

The manufacturer, Airbus Defense and Space, was selected based on their understanding and commitment to the standards we have developed at MEASAT.

SatMagazine
Could you tell us more about MEASAT’s risk-averse procurement focus?

Dr. Ebadi
Risk mitigation in satellite design and manufacture is a MEASAT priority. During the satellite procurement process, we make multiple demands at the satellite, subsystem and component levels to support this. Our requirements range from incorporating multiple redundancies, the use of flight-proven components, the critical selection of sub-contractors, and the choice of the team that will build the satellite.

MEASAT’s approach is among the most conservative in the industry. We have adopted this approach due to the key role our satellites play as the core communication infrastructure for our customers’ businesses.

SatMagazine
What about the testing requirements for MEASAT’s satellites?

Dr. Ebadi
MEASAT’s test plans are some of the industry’s most rigorous and go beyond what most manufacturers are accustomed to working with during a satellite build.

MEASAT demands tests for unlikely events as well as tests that push the limits of satellite endurance and reliability. MEASAT’s conservative approach serves us well in the reliability and uptime of our satellites.

SatMagazine
MEASAT has come far since your MEASAT-1 satellite. How has the business changed for MEASAT since the 1996 launch of that satellite?

Dr. Ebadi
MEASAT has achieved much success since that launch—we have grown from providing domestic satellite communication services to regional operations and internationally across Asia, Africa, the Middle East, Europe and Australia. Our fleet of six satellites has coverage across more than 150 countries and more than 80 percent of the world’s population.

In Asia, MEASAT has built 91.5E into Asia’s key video hot slot. From 91.5E, we provide DTH services for award-winning broadcasters in Malaysia, India and Indonesia. 91.5E also leads Asia in HD channel distribution, with
57 HD channels. MEASAT will continue to develop 91.5E with the launch of MEASAT-3c in 2016, which will add even more in-orbit redundancy.

As MEASAT continues to grow our fleet with new satellite launches roughly every 1.5 years up to 2020, we are confident of sustaining our success and delivering even greater value to our customers 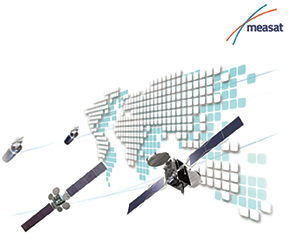 SatMagazine
Given your noteworthy career, especially your procurement of five MEASAT satellites, what project or projects truly bring a sense of satisfaction to you?

Dr. Ebadi
There are a few projects that stand out. MEASAT-1 and MEASAT-2, as they were Malaysia’s and MEASAT’s first satellites. AFRICASAT-1a, which was our first JV project. MEASAT-3b, as this is MEASAT’s largest and most advanced satellite to date.

However, the project that gave me the greatest sense of achievement was MEASAT-3, as this was a tremendous technological leap from the previous MEASAT-1 and MEASAT-2 satellites.

We went from procuring a small, 1200 Watt satellite, to a large 12000 Watt satellite equipped with six antennas and more than 500 switches. There were several challenges that we successfully overcame. These ranged from the incorporation of new technologies, manufacturing workmanship, craft design, heritage of components, subcontractor selections and assignments, and other challenges. The experience that MEASAT engineers gained was then applied towards the successful procurement of MEASAT’s subsequent satellites.

Just recently, MEASAT appointed Jarod Lopez as the company’s Vice President. Broadcast. In this role, Jarod will be responsible for overseeing the sales and marketing efforts of MEASAT in the broadcast industry. His focus will be on growing MEASAT’s C-band broadcast business and maintaining MEASAT’s leadership in HD video distribution within the Asian region.

Jarod is rejoining MEASAT after a brief sabbatical. He originally joined MEASAT in 2006 and has worked in the Sales & Marketing and Engineering & Operations departments, developing extensive experience in these areas. Jarod holds a B. Eng degree from the University of Northumbria, Newcastle, U.K. 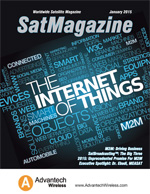