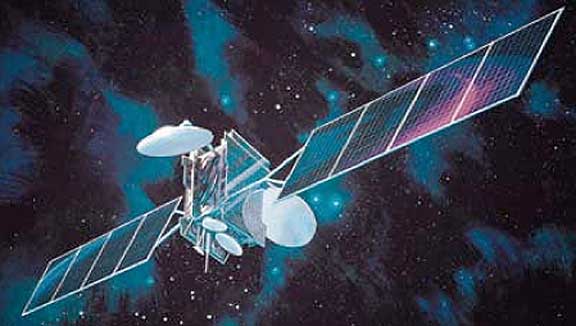 An A2100 bus satellite, image courtesy of Lockheed Martin Sometimes an ownership change involves a great many “challenges,” as well as re-identification of what has been purchased. Granted, there are still regulatory issues to confront, but the change of ownership for the former Koreasat-3 (also known as Mugungwha 3), so far, as been accomplished quite smoothly!

Positioned at 116 degrees East, the former owners of Koreasat-3, KT Corporation, have come to terms with Asia Broadcast Satellite (ABS), who has purchased the satellite and will rename the bird ABS-7, which still has between five to six years of geo-stationary operation capability and five to six years of inclined orbit life expectancy.

Built by Lockheed Martin and manufactured by Korea Telecom of Seoul, the satellite was delivered to the Arianespace launch site in Korou, French Guiana, on July 19, 1999, and was launched via an Ariane V120 on September 4th of that year. 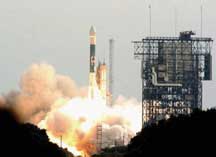 ABS-7 provides fixed and direct broadcast services and presents 24 (FSS) and six (DBS) Ku-band as well as three Ka-band transponders, plus a steerable antenna. ABS will blanket the Middle East with the ABS-7 beam for commercial and government capacity needs.

The CEO of ABS, Tom Choi, said, “We are extremely excited to have completed another successful transaction with KT in such a short period of time. I sincerely believe that this is a true testament to our mutual respect and desire to work together in building a solid foundation of cooperation and trust for the co-development of exciting opportunities in in the near future. Similar to Koreasat-2, the Koreasat-3 satellite is a very well designed, powerful Ku-band satellite which will allow ABS to provide its customers additional capacity over the Middle East region and will be a valuable addition to our existing satellite fleet.”