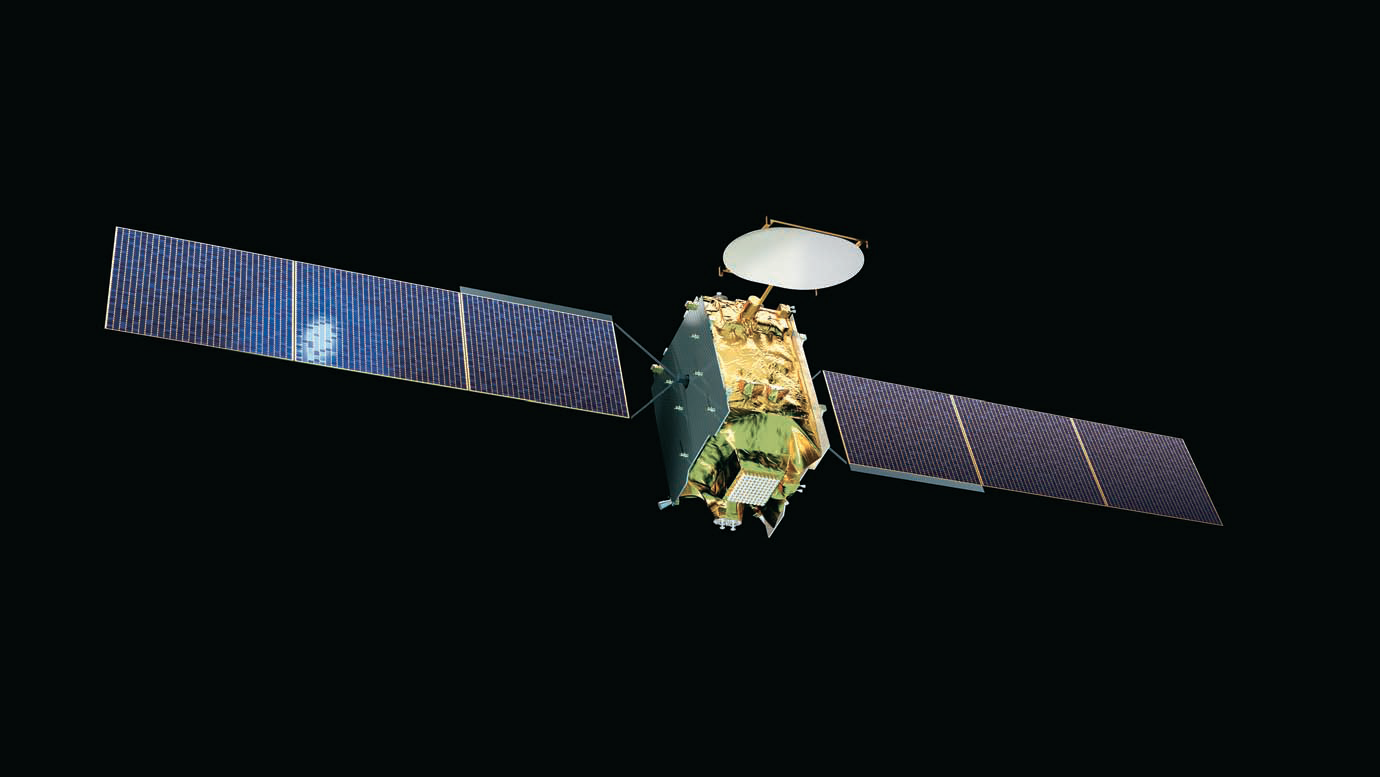 The Eutelsat Quantum spacecraft. The image is courtesy of Airbus Defence and Space.

For some years now, Surrey Satellite Technology Ltd. (SSTL) has been working on a new, small, geostationary platform design, the SSTL GMP-T, under ARTES funding from the European Space Agency.

Then, in December of last year, the company announced that the firm had been selected to build the first “Eutelsat Quantum” class telecommunications spacecraft, which is due to launch in 2018.

Eutelsat Quantum Spacecraft
Sir Martin Sweeting, Chairman and CEO of SSTL, said, “We are delighted to be teaming with Eutelsat, ESA and Airbus Defence and Space in the development of this highly innovative, flexible satellite solution. Not only is this an exciting mission and application, it is a milestone for SSTL providing an anchor customer for the transfer variant of our Geostationary Minisatellite Platform (GMP-T).” 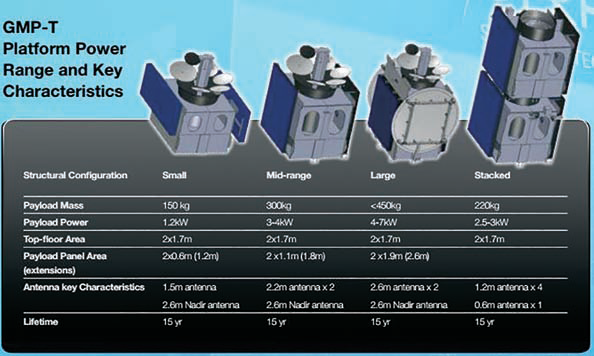 The new Eutelsat Quantum spacecraft design, which incorporates a payload and software from Airbus Defence and Space, will represent a first in the commercial satellite industry, as the satellite will enable the complete electronic synthesis of “receive” and “transmit” coverages in the Ku-band. The satellite will give Eutelsat’s customers access to premium capacity through footprint shaping and steering, power and frequency band pairing, and the ability to define their own performance and flexibility requirements.

Highly Flexible + Scalable
SSTL’s small geostationary GMP-T platform design is a variant deriving from GIOVE-A, which has operated successfully for more than nine years in MEO orbit. SSTL’s small geo GMP-T platform is designed to keep the configuration as simple as possible, streamlining construction so that the sub-systems have a modular design wherever possible. The GMP-T platform provides reliable and flexible mission solutions for ever increasing telecommunications needs and is suitable to address broadcasting (DTH), fixed VSAT communications (FSS) and mobile communications (MSS). 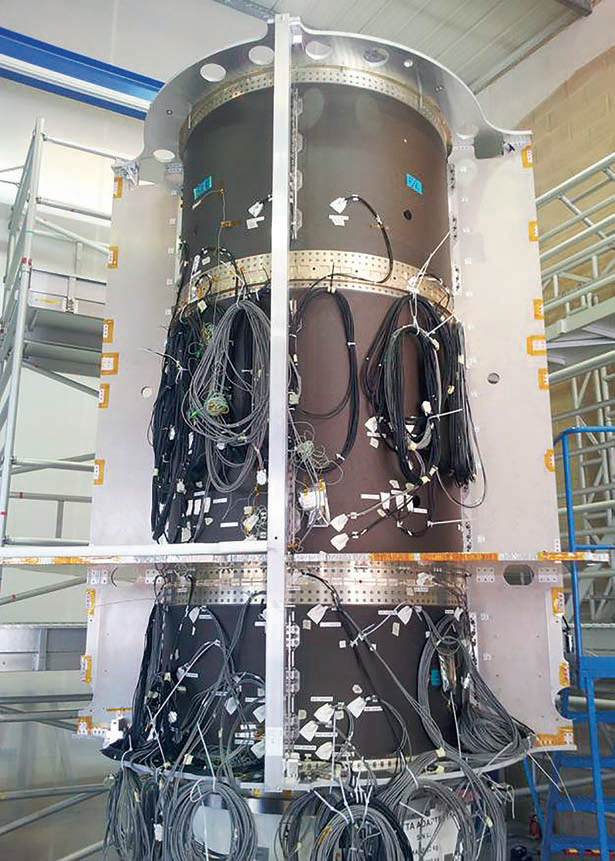 The GMP-T platform has a design life of 15 years and a launch mass of 1,000 to 3,500Kg. A scalable design can accommodate commercially available payloads with three ranges of power requirements up to 7kW and up to 450 kg. with a construction schedule that is dependent upon payload requirements.

SSTL is also currently designing a variant platform without a central cylinder. The company can offer a direct injection variant based on an external load bearing structure.

The platform is designed to cover a wide mission range, from GEO, to HEO and MEO. The modular structure is compatible with a dispenser and base-mounted launch configuration and offers maximum flexibility in terms of launch opportunities. 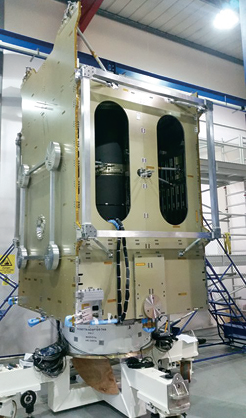 Small GEO Under Test
The various GMP-T sub-systems are currently undergoing qualification tests, conducted under ESA’s ARTES-3/4 programs, and are close to completion.

The SQM has been built to fully represent the flight model design and uses mass dummies of all of the equipments throughout the structure. Testing included Sine vibration, shock and acoustic noise to demonstrate:

SSTL is also aiming to bring their expertise in successful Know-How Transfer and Training programs into the communication satellite arena. They are offering a training program that includes academic qualification, theoretical, and hands-on training for as many as 20 trainees, targeted at organizations aiming to build self-sufficient space capability.

SSTL has always pushed at the boundaries of space technologies and is now making the leap to GEO orbits a reality. SSTL will be attending Satellite 2015 in Washington, at Exhibit 6120.

The SSTL infosite is located at http://www.sstl.co.uk/ 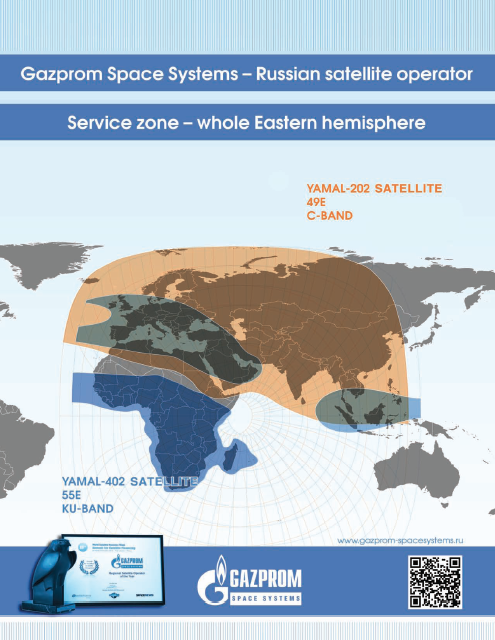