On May 20th and 21st, SSPI will launch its first chapter in Northern California. The “Silicon Valley chapter” will be one of several SSPI chapters worldwide. This one will have a unique characteristic because it brings together companies and people whose businesses are a part of the tech sector known for high-wire innovation, risk-taking investments and new ways to create and shape mass markets for communications. This is called “New Space.”

New Space will meet one that has been characterized by steady, successful growth, and engineering-oriented approach that has helped produce the most enabling and complex infrastructure ever assembled. While the clash of cultures might be assumed, this is a match made in heaven.

The law firm of Hogan Lovells, which has offices in Silicon Valley (Menlo Park) and San Francisco, California, will host SSPI’s first chapter event. I will be on hand to discuss the industry’s new “Better Satellite World” campaign and to meet with the champions of the new local chapter.

SSPI Chairman Chris Stott, Chairman and CEO of ManSat, will also be there to lend his experience to the new bridge being built between SSPI and Silicon Valley. 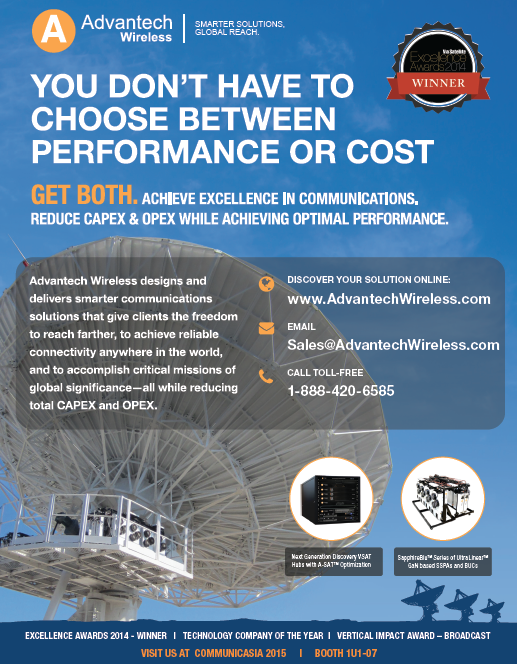 I recently had a discussion with Chris and Randy Segal, a partner at Hogan Lovells who co-leads the firm’s satellite practice and is a leading transactional lawyer in the firm’s Corporate practice group. I asked them what is ahead and why the satellite industry seeks a foothold in Northern California.

Louis Zacharilla
Why is it important for SSPI and the entire satellite industry to have an increased presence in Silicon Valley? Is it because a global industry like ours needs global partners?

Randy Segal
Silicon Valley is the largest global incubator shaping the new face of satellite activity, both in terms of innovative initiatives as well as in the exponential convergence with other communications platforms. This has been going on in earnest since 2014.

Historically, satellite has played a critical role in niche communications delivery services or broadcast mediums. It did well when it was superior to terrestrial alternatives. What Silicon Valley brings to the table is a new way to see and to use satellites.

Silicon Valley sees a satellite solution as integral to the need to connect the world, solve global problems. We have been seeing our clients in Silicon Valley and across the world reaching out to one another, looking to work together in new ways, structuring interesting ventures and acquisitions, and using satellite-based technology as an integrated extension of their existing technical ecosystem. Effectively, these new ventures seek to achieve the “best of both worlds” and is an exciting time to be part of this convergence.

Chris Stott
Is it important? Absolutely. On the one hand, satellite and Silicon Valley already work closely together for service provisioning. It is something that is in our blood. How do you think the Internet gets around the world? It is because of satellites. Satellite is a critical part of this infrastructure.

On the other hand, we have so much that we can learn from each other. Silicon Valley is the beating heart of global innovation. The exponential revolution is happening here and it is driving big changes throughout
our industry.

Moore’s law is firmly in effect in the Satellite industry: from driving increased demand via digital data through to increasing the capability and reducing the cost of components. The innovations that are applied to satellite construction and data offerings are coming out of companies like Planet Labs and Chandah are stunning and truly game-changing. We have to be here. We are here.

Lou Zacharilla
True. We were the first truly global communication industry and, at the outset, the most innovative. We matured and, as you both seem to suggest, offer a network for companies throughout Northern California who want to build new business models to capture the unique accessibility technologies that we naturally bring.

How will the event that you are hosting at Hogan Lovells tie into our current “Better Satellite World” campaign, Randy? Do you think we will find interest for this campaign among the folks in Northern California? After all, they have only recently been part of SSPI’s mission.

Randy Segal
While the styles and legacy of the Silicon Valley innovators may be different than those of the historical satellite participants, they are focused on the same goals: to improve the world through technology, to reach those places affected by natural disasters without warning, and to provide new models for education where education and medical alternatives are limited without e-learning or e-medicine.

Yes, the goal for Silicon Valley innovators is to help contribute to a “Better World” through innovation. They see space-based technology platforms as a means to an end, rather than a stand-alone industry. These entrepreneurs are different in that they exist in a world where angel and VC funding often drives success.

In addition, in the Silicon Valley economy, the business model and pricing for service may be quite different than in the case of a stand-alone space business. Rather, it is more of an extension of other service offerings. Some of these are transformative in terms of a societal benefit or outcome.

Louis Zacharilla
Chris, you have always said that conversation and cooperation are the keys to raising the game of the industry and for accomplishing the goals that you are passionate about to deliver a better world, better education and overall economic improvement. Will this chapter help move that forward?

Chris Stott
Our entire industry needs to be here, learning, watching, and contributing. The establishment of this new SSPI chapter is timed to perfection with huge thanks to Hogan Lovells. We often forget that satellite has always been at the heart of Silicon Valley. It’s like coming home.

Where is the largest satellite manufacturer based? In Silicon Valley, in Palo Alto, Space System Loral. Lockheed Martin and many others are also in the Valley. The electronics and aerospace boom after World War II helped to lay the foundation of what Silicon Valley is today. We were there then and are still there today.

This is where we will learn from each other as our worlds again merge. Also, to make a better world you have to know how to navigate through the legal system. Satellite has plowed the proverbial field from Day One. Learn from us, we are here to help and to share knowledge.

We build high tech equipment and launch it into space—and make money from it by providing services to the whole world. Sound familiar? We’ve figured out the growth stages and pitfalls of financing over the long-term. We’ve figured out how to navigate the regulatory environment.

Satellite has also built entirely new industries, such as satellite insurance, to facilitate a more connected world. We love what is being done in Silicon Valley and cannot wait to work together to fulfill SSPI’s mission, which is to expand the field of people whose lives relate to the satellite option and, yes, to tell the story of how satellites make a better world.

Mr. Zacharilla has written numerous articles for trade and business publications, appears in the media and is a co-author of three books on business, technology and the emergence of cities that thrive by embracing technology infrastructure.

Mr. Zacharilla also serves as a senior manager and the Director of Development for World Teleport Association, another industry trade association and is also one of the founders of the Intelligent Community Forum, an international think tank that studies the role of technologies like satellite on the growth of cities and communities.

Prior to joining the firm, Randy served as general counsel and/or a member of the Board of Directors of American Mobile Satellite Corporation, Mobile Satellite Ventures, SkyTerra Communications, Hughes Network Systems, TerreStar Networks, and XM Satellite Radio.

Chris Stott has been a member of SSPI for more than 20 years, a Board member for the past five years and also serves as Chairman of the organization’s Isle of Man chapter.  Chris was one of the forerunners of the Isle of Man’s space industry, setting up ManSat in 1998. Since 2000, the company has carried out satellite filings for the Island under a contract with the Isle of Man Government’s Communications Commission.