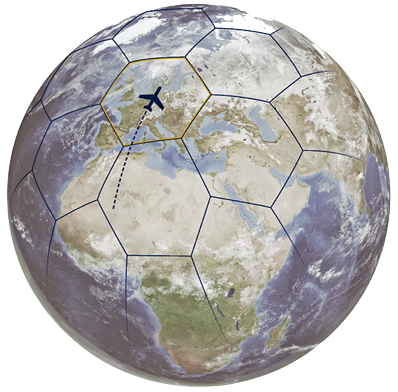 However, traditional on-air test activities come with several challenges. Access to SATCOM equipment may be limited due to equipment costs, air-time costs or service availability. SATCOM terminals cost thousands of dollars or even more, especially in niche markets such as aeronautical SATCOM services.

In addition to the economic challenge, service may not be easily available. Testing activities are often desired a long time before the satellite communications service is launched. Even then, the service may or may not be available at the specific physical location of the test engineers. The testing activities have further requirements, such as having to set up the terminal with good line-of-sight to the communications satellite and the routing of cables with power and connectivity to a convenient testing facility.

Finally, with access to the SATCOM service, and when the test equipment is set up, the users are subject to the conditions of the network that are occurring at that exact time and place. Bandwidth may or may not be limited by the service plan and the amount of congestion in the network, depending on how many other users are using the same channels. These conditions make for an uncontrollable test environment, which can complicate, or all together obstruct, a planned test procedure.

The practicalities of on-air testing call for other methods by which to test applications and solutions. 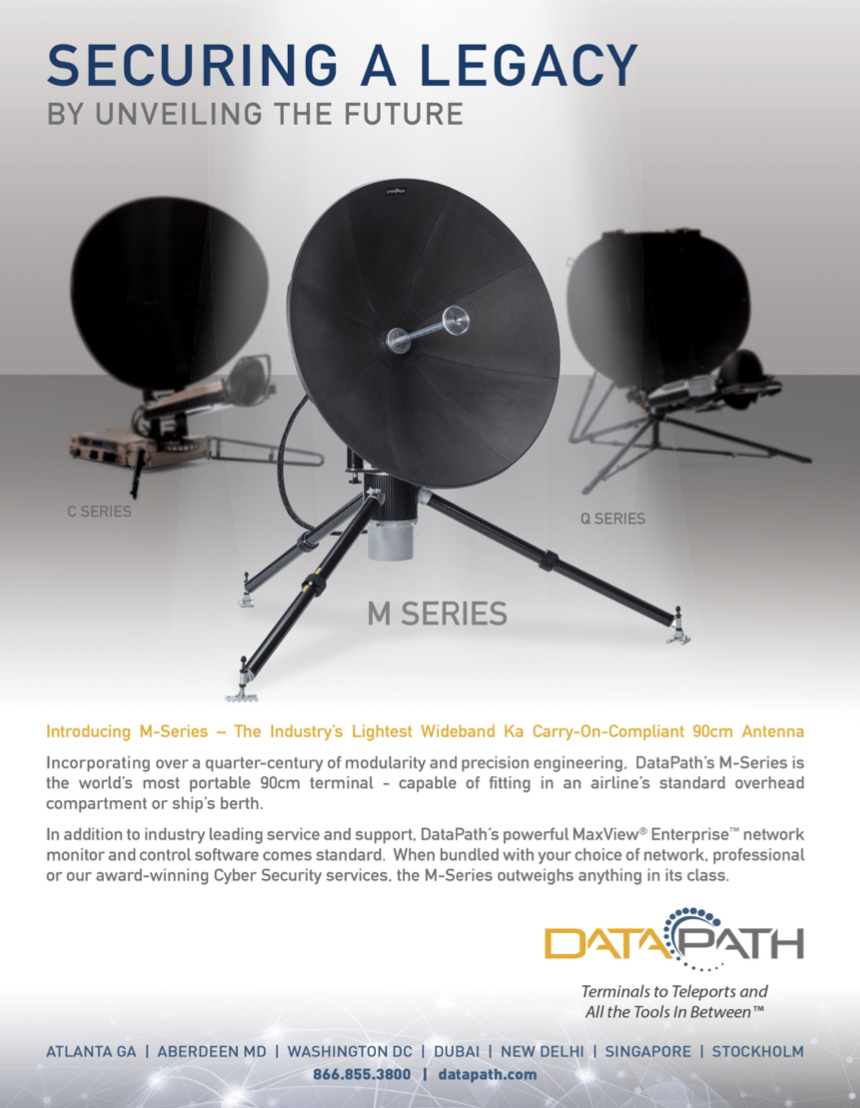 To alleviate these challenges, work arounds can be considered by looking for options that require moving all or part of the testing effort into the lab. Simulation or emulation equipment can be used, just like in the cellular world where test equipment exists that provide some level of connectivity on the bench. A similar solution has been developed by a SATCOM software house for Inmarsat BGAN services.

The Build
When developing the first generation of user terminals for the Inmarsat BGAN satellite service, GateHouse Telecom A/S and the firm’s partners experienced the SATCOM testing challenges first-hand. Access to the service was limited. Rigorous testing was time consuming and costly — a better solution was required.

Leveraging already available RF and modem hardware, GateHouse Telecom was in a unique position to reuse their mobile protocol stack IP to develop a comprehensive network emulator for the Inmarsat BGAN system.

The existing hardware platform was originally developed by Square Peg Communications Inc. to support physical layer and protocol stack conformance testing of BGAN user terminals as a key part of the terminal type approval process. The current generation of the modem hardware is a compact and fully integrated 3U unit supporting four uplink and downlink channel pairs — more than enough capacity to simulate multiple satellites and spot beams.

GateHouse developed the Network Emulator product, which augments the Square Peg hardware with the emulation of an Inmarsat BGAN ground station. Together, these technologies enable end-to-end test of solutions on the bench, directly in the lab.

The Network Emulator implements the Inmarsat air-interface protocol that allows a user terminal to logon to the system and to activate services. Both IP services (standard data and streaming data) and circuit-switched services (voice and ISDN) are supported.

The current generation platform is the Application Tester for the Inmarsat BGAN service — combining the Square Peg Communications hardware with the GateHouse software into a fully integrated ground station in-a-box. 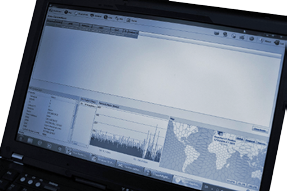 Toward the user terminal, the emulator is connected via a regular L-band RF interface over a coaxial cable. The appropriate broadcast information is sent to the terminal to simulate a full satellite constellation, allowing the terminal to acquire the signal and logon.

A special Test-SIM card is used in the user terminal instead of the normal subscription SIM.

Toward the Internet or LAN, the network emulator is connected via a normal Ethernet cable. When the user terminal activates an IP service, data can be transported from the mobile side to any server accessible via this connection. Any IP-based application or solution can then be tested and validated.

Core Functionality
On the inside, the network emulator simulates a complete I4 satellite constellation. Given the position of the user terminal, the emulator will turn on the signals from the global and regional beams of the satellites visible at that testing location. When a service is activated by the user via the terminal, the required narrow beam channels are activated.

Mobility Test On-The-Bench
Satellite service performance often varies with location, giving different levels of service, depending on the elevation of the communications satellite. Effects from handovers or satellite switches may affect the application.

Such scenarios are quite challenging to reproduce in the real world; however, with an emulator, this concern becomes trivial. The user terminal uses GPS to obtain a position resolution that is then used to select the satellite and spot beam to use for the satellite service.

Faking this position can be done by using a GPS signal generator, or by overriding the position via a debug interface. Changing the position makes the user terminal operate as if located anywhere on Earth.

As the terminal reports the position to the emulator, the service level is adjusted accordingly. Depending on the pointing elevation of the antenna, adjustments are made based on the assigned link margins in each elevation band. 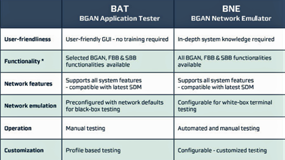 When the terminal crosses a spot beam boundary, handovers are performed. When the edge of coverage is crossed, satellites turn off and on, allowing realistic simulation of the switch between each satellite and ocean region.

Test On A Rainy Day
The satellite service level may vary depending on network condition, number of users and even be subjective to environmental effects such as weather fade. Such conditions are not under the user control, but in an emulated environment they can be applied. An emulator can simulate degraded performance, error conditions and user data congestion. This allows for realistic testing under a wider range of scenarios, fully under the user’s control. The robustness of the application when facing a highly congested network can be validated verification can be made that the application gives proper feedback to the user or performs appropriate error handling when errors occur.

The Future
By bringing the ground station and all of the other parts of a SATCOM network into the lab, test environments are controlled. That enables a more robust and better performing product far faster than such would have ever been possible on a live network. With a world that is constantly in search of ways to secure and guarantee connectivity and up-time, wherever and whenever, testing in the lab has an integral part to play in the future of satellite communications.
gatehouse.dk/