Endangered whales are being protected from their biggest threat with the help of Inmarsat safety services. After almost being wiped out by whaling before its ban in 1935, North Atlantic right whales are facing extinction through collisions with commercial ships and entanglement in fishing gear. With only 350 to 400 right whales remaining, the International Union for Conservation of Nature (IUCN) lists them as one of the most endangered whale species.

Novel Idea
To address the problem, a mandatory ship reporting system (MSR) developed by the U.S. Coast Guard and National Oceanic and Atmospheric Administration (NOAA) is helping vessels steer clear of the whales in the busy shipping lanes that cross their habitats. MSR provides ships with the most up-to-date sightings from NOAA so they can watch out for, and make way for, the whales, which reach 18 meters (59 feet) in length. The sightings are received via Inmarsat C or as standard Internet-based emails.

The idea is so simple, which makes it so brilliant. When a vessel reports its entry into one of two reporting areas, off the Massachusetts coast, or the right whales’ calving waters off Georgia and Florida, the MSR system provides the vessel with a whale location report and precautionary advice on how to avoid collisions. An interface with the U.S. Coast Guard’s vessel management data provides ship routing information, determines system compliance and identifies possible violators. To date, MSR has received and processed more than 2,000 ship report records.

The application is not limited to protecting whales by monitoring ships and their routes. The application can be extended by tracking the whales themselves via satellite monitors and can, likewise, be applied to other endangered species. Whether the animals are marine-based, land-based, or take to the skies, animal tracking technologies via satellite can serve many purposes. Migration patterns, temperature readings and other measurements can be taken to serve scientific and conservation goals. 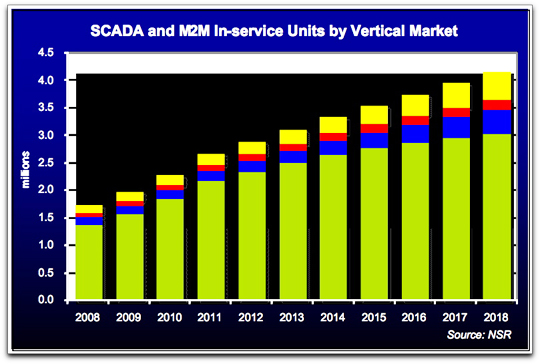 Inter-agency Cooperation
This example set by Inmarsat’s solution and application reveals that two agencies, U.S. Coast Guard and NOAA, are working closely together to address the problem. The example above is in a way “easy,” as the whales have a habitat that these agencies can track within their territorial waters.

However, the overarching policy of protecting endangered marine species becomes bureaucratically problematic if the animals are migratory, or their patterns and habits cover large ocean regions that may be under the jurisdiction of several countries. Moreover, the effect of climate change and other environmental impacts may lead to a change in the habits of species, forcing them to leave or find other habitats — such necessitates coordination of policy with other countries.

Protection of whales and other marine species is one application and requirement that will likely involve more agencies within and outside the United States as marine life travels and migrates to different regions of the globe. Protecting certain species in one ocean area is useless if the same migratory species is not protected in other ocean regions.

Territorial jurisdiction will dictate the role other agencies around the globe will have to play in the future. The global agenda is still not quite global as fishing practices, Law of the Sea issues and other maritime policy differences exist among nations. However, the net effect actually has the potential to increase the need for satellite communications, whether the agenda shifts to truly global proportions or remains dominated by a handful of nations.

In the first scenario, a truly global agenda obviously drives SATCOM procurement as the maritime authorities and scientific agencies of many nations cooperate and track ships in the path of migratory species, such as whales.

In the second scenario, a conservation agenda dominated only by a handful of nations that are suspicious of countries that do not adhere to international treaties will lead those treaty nations to increase their reach in order to protect these animals outside their territorial borders. They accomplish this by enabling organizations that do have that international reach, such as the United Nations and other international agencies.

As the global agenda in saving endangered species progresses, tracking migratory patterns and the effects climate change has on animals that may be threatened over the long term becomes more serious. Satellite technology will become even more important as an important part of the solution for addressing these issues.

The market forecasts provided by NSR on the “Emerging Market” front can easily double over the course of the forecast period. The market dynamics really depend on the seriousness and policy initiatives forwarded by governments on conservation, protection, climate change and environmental impact.