The emergence of commercial space programs that include larger constellations, plus constrained DoD and NASA budgets, are today’s drivers of the need for lower cost subsystems—and often from non-traditional, and smaller size, suppliers. 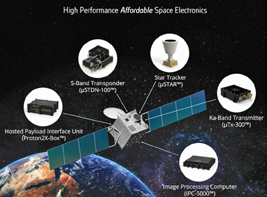 The Premise
Space Micro’s premise is that new space constellation companies can partner with intelligent space box or subsystem suppliers to achieve their financial models by leveraging new technologies that are coupled with innovation for space environment business success.

There is also benefit and major economy of scale gain by “bundling” the electronics subsystems/boxes, as depicted below, while also ensuring the control of key interfaces. Space Micro has demonstrated that a new, non-traditional, smaller company that is focused on space can provide such benefits by providing an entire suite of space-qualified electronics boxes.

The Need
Today’s and tomorrow’s smallsats, including the many commercial constellations, require dramatically lower costs to achieve their goals, all the while offering customers a high confidence of successful, operational lifetimes on orbit. This lifetime includes the MTBF for all factors that include surviving space radiation environments. To close the typical business model, even with substantially reduced launcher costs, on orbit lifetimes of two to eight years are needed.

Over the past two years, many of the commercial space satellite “constellation” programs, such as those listed below, have been announced. This list is far from inclusive. Others are not yet publicly announced and are “flying under the radar” for business reasons. Some are already funded while others remain in the conceptual and unfunded stages: 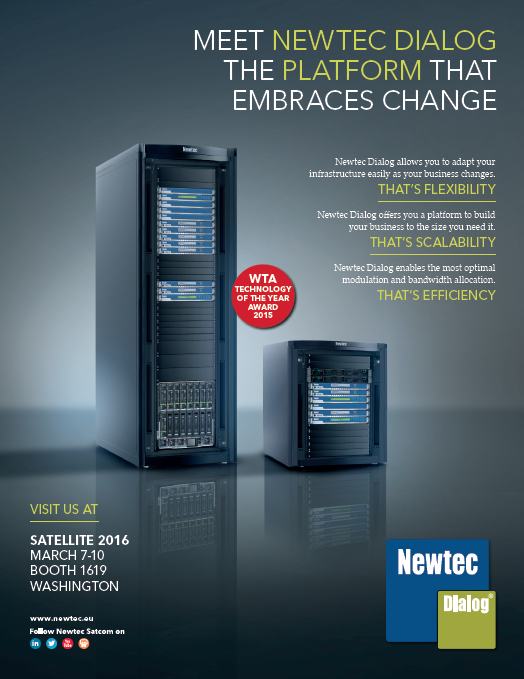 Lessons Derived From CubeSats
Direct application of typical 1-U or 3-U CubeSat technology is not the answer. Recent data presented by Tyvac at the Space Tech Expo in Long Beach, California, in 2015 cited more than 65 percent of CubeSats failed to adequately operate or failed their mission within six months on orbit.

Impact Of Systematic Failures
Often heard is “My program can sustain a few spacecraft failures, and still be operational, due to redundancy in the constellation.” This is true, but only if systemic failure modes are ignored. For example, if the wrong power MOSFET device is designed in and used in each spacecraft’s PMAD, every satellite will fail.

This was proven in a European designed and manufactured Quick Launch spacecraft for ORBCOMM, in which those smallsats all failed within one year. ORBCOMM did receive a $44.2 million insurance settlement related to their Quick Launch satellite program, which failed due to power subsystem failures.

What Drives Unit Cost?
Smallsat unit production costs and, therefore, price are driven by many factors, most of which can be mitigated and/or addressed. Among these factors are:

This last factor (“speed” of business) can be highlighted; one of Space Micro’s recent commercial space customers required only four days to place a contract and that arrangement was less than 5 percent in page size of a small value DoD contract for just a study.

Technical Approach To Meet This Challenge
Assuming adequate power from solar cells, spacecraft lifetime is driven by the reliability of the electronics subsystems. That subsystem reliability is, in turn, driven by an intelligent design approach using appropriate parts selection, deratings, reliability prediction, testing and qualification, as well as thermal management. 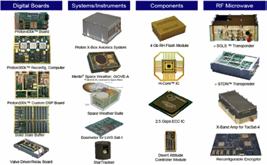 Rather than using the antiquated DoD standard for reliability prediction (MIL-HDBK-217), which severely penalizes commercial versus Military spec parts, let’s use selected Commercial-Of-The-Shelf (COTS) microelectronics with high volume production from world-class IC suppliers. Their failure rates are based on extensive life testing results and specific in terms of FITS. This is often in the range of less than 10 failures per billion hours.

These parts, although offering superb performance, may not survive in the environment of hostile space (electrons, protons, cosmic rays, solar protons, and so on.). Therefore, this design must understand how these COTS parts operate in those environments. This necessity requires extensive space radiation testing in ground-based proton beams, heavy ion beams and total ionizing dose sources.

Based on this test data, Space Micro’s guarantee is that these parts will not suffer from destructive latch up in space—a catastrophic failure mode. The other radiation effects, such as Single Event Upset, Single Event Burnout, Single Event Gate Rupture, Single Event Functional Interrupt, and Total ionizing dose, are addressed with a combination of Space Micro’s patented radiation mitigation techniques, and industry standard approaches.

Finally, to achieve the spacecraft lifetimes needed for the financial business case (often three to eight years), subsystem or board level testing, including additional burn in and temp cycling, may be applied on a tailored basis. An internal parts and next PCBA screening capability, such as burn in and life testing, is applied to increase the overall reliability.

The Business Model + Financial Approach
To meet these customer needs, Space Micro was established as a lean product company, but possessing all of the attributes that are listed below, all of which are required for successful and reliable product delivery. Many startup space subsystems firms may not have developed this cost effective infrastructure.

Financial Approach
Commercial space ventures will wish to partner with firms possessing a strong financial position and backing to ensure a source of supply. Space Micro’s approach has been a balanced combination of leveraging DoD and NASA SBIR funding (over $30M, to date), employee-ownership, commercial bank financing for operating capital and capex, and customer program funding with milestone payments.

Space products There are many subsystems of electronics required for reliable space products, and they include:

Photos of many of these COTS, rad hard space products developed at Space Micro are shown on the next page.

Confidence Factors
Previous space flight “heritage’ is a major confidence and risk reduction factor in the industry. Following the company’s business model, Space Micro was able to design, manufacture, deliver, and launch initial subsystems within four years of the company’s inception in 2002. To date, Space Micro has accumulated more than 260,000 hours of successful space flight heritage on a combination of DoD and NASA missions/programs.

Another factor is the establishment of a Manufacturing Resource Planning (MRP) system that supports moderate volume production, not the traditional few units per year seen from most NASA and DoD spacecraft. The MRP is essential for managing both manufacturing flows and raw materials inventory.

Finally, the past history and customer base of the teammate/supplier. Space Micro has worked diligently to become an approved supplier of virtually all US space prime bus and payload contractors—please see the customer base graphic.

The production volumes, performance, reliability, and price points to enable these emerging commercial smallsat constellations can be achieved by a company applying an intelligent combination of technical approach and business model.

Space Micro’s VP of Engineering, Michael Jacox, said, “We’ve built and demonstrated a diverse star tracker product line by implementing the unique Pyramid Star Identification and Calibration routines created by Drs Mortari and Junkins at TAMU. This license gives Space Micro the exclusive rights to use these techniques which have been shown to be superior for robust and rapid stellar attitude determination.”
www.spacemicro.com

Mr. Strobel brings substantial expertise and experience in the management of complex space technologies and space market penetration gained during his seven years as the President of Space Electronics Inc (SEi), and his eighteen years at SAIC and Northrop Electronics. Prior to co-founding Space Micro, he built SEi from a small R&D startup company to a valuable 125 employee business with $13M in annual sales; his successful leadership lead to Maxwell Technologies’ decision to acquire SEi in 1998.

Mr. Strobel was also a United States Air Force officer, and managed several R&D programs during his service. He holds two US patents for space radiation shielding, and has received an MBA from Claremont, an MS in Systems Management from the University of Southern California, an MS in Nuclear Engineering from Cornell University, and a BS in Astronautical Engineering from the US Air Force Academy.

During his time at Maxwell, he expanded their business in Europe, Russia and India by creating and leveraging strong relationships with customers and business partners. He received a B.S. in Mechanical Engineering from Cornell University.