Approximately 18 months ago, I had the opportunity to work a research project that looked at cellular and WiFi connectivity onboard commercial aircraft. With a number of solutions available to allow connectivity in the skies, many airlines were understandably confused as to which of these they should adopt in the future, especially given the unmitigated disaster that was Connexion by Boeing. Retrofitting just one aircraft with the necessary equipment to enable passengers to wirelessly connect to the Internet is very costly and it is therefore imperative that the right decision is made—even more so in these austere times. 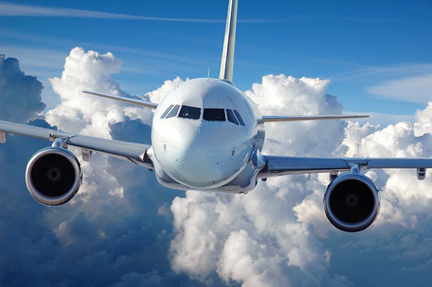 Taken as a percentage of the world’s total active global fleet, Aircell’s highly-successful air-to-ground (ATG) technology—Gogo Inflight Internet—currently dominates the industry with around 1,500 aircraft retrofitted to date. However, as the name suggests, ATG networks are only feasible over heavily-travelled land masses making satellite solutions a necessity on transoceanic routes. As such, long-haul airlines have had to decide whether to invest in L- or Ku-band based systems if they want to offer in-flight connectivity.

However, long-haul airlines are not the only ones in a quandary. Southwest Airlines, which would, at first glance, be a prime candidate for the Gogo solution given that it operates domestic routes in the U.S., has opted for a Ku-band system provided by Row 44.

While each technology inevitably has its pros and cons, there is no doubt that the major talking point when it comes to connectivity on the move surrounds coming Ka-band capacity, which was, and probably still is, widely-perceived to be a Ku- killer. Indeed, JetBlue Airways is collaborating with ViaSat to offer a Ka-band based service in 2013.

In the maritime industry, Ka-band has been hailed as a game changer, offering ship operators a higher bandwidth service and potentially, data transmission costs that are much lower than their current solutions. However, Ka-band is not a cure-all wonder solution that will make high-speed satellite capacity available, affordable and practical to all vessel operators. In fact, one could argue that its emergence has been overhyped and that Ku-band remains just as viable, if not more viable than Ka-band in a number of instances. Because of this is a summary of the advantages and disadvantages of Ka-band systems and highlight scenarios where it may not prove to be the optimal solution.

Disadvantages
In a break with tradition, let’s start with the disadvantages—mainly because the reader is likely to be more familiar with the advantages.

Rain Fade
The term rain fade is, in fact, a bit of a misnomer as atmospheric snow or ice, in addition to rain, absorbs any radio frequency above 11GHz. The Ka-band frequency ranges between 26-40GHz and systems using this satellite technology suffer from more signal degradation, or fade, than other technologies. Note that as Ku-band is in the 12-18GHz frequency range, it, too, is vulnerable to rain fade, although less so than Ka-band. 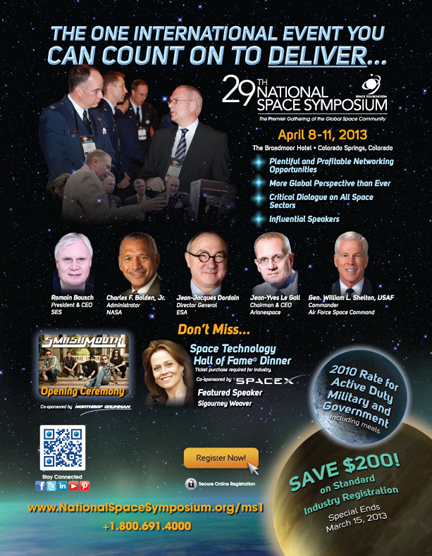 To counter signal losses, Ka-band systems, such as Inmarsat’s Global Xpress (GX), tend to use multiple focused spot beams to cover an area, rather than rely on a single wide beam to blanket an entire continent.

In the aeronautical world, rain fade isn’t an issue as aircraft typically spend the majority of their time above the clouds and above the rain.

Coverage
Ka-band satellites currently in operation are regional in nature and only cover specific continents. For example, ViaSat-1, which launched in October of 2011, has a capacity of more than 140GBit/s spread over the North American continent.

Likewise, KA-SAT, a high throughput satellite (HTS) owned by Eutelsat that launched in December of 2010, provides more than 70GBit/s to the majority of mainland Europe, the Mediterranean basin, and a small area of the Middle East.

Clearly, none of these are really viable options for ocean-going vessels. On the other hand, GX, as its name suggests, will provide global coverage when full operations commence in 2014 and could revolutionize broadband services in the maritime world—except, GX isn’t truly global. In fact, all satellites operated by Inmarsat are in a fixed geostationary (GEO) orbit tens of thousands of kilometres above the Earth’s surface, providing an orbital period equal to the Earth’s period of rotation. Because of this, GEO satellite footprints do not cover the Earth’s polar regions.

Vessels taking advantage of receding arctic ice and traversing the now more navigable Northwest and Northeast passages may not benefit from continued coverage in these regions. Such vessels will need backup communications. Iridium, with its Low Earth Orbit (LEO) L-band satellites, fits the bill perfectly. The company’s next generation of satellites, called Iridium NEXT, slated for launch in 2015, promise speeds of up to 1.5Mbps and could provide a path to enhanced bandwidth at the poles.

Lack Of Backup
In the Ku-band world, there are multiple satellite operators. Should something go wrong, finding a backup satellite is not normally a problem. As Inmarsat is (or will be) the only feasible maritime Ka-band provider for the time being, there is not likely be a back-up Ka-band satellite to rely upon and maintain continuity of service. Back-up connectivity will surely be provided by the company’s lower bandwidth L-band satellites.

Cost Of Satellites
Ka-band satellites tend to be more expensive than Ku-band satellites. To recoup the higher CAPEX involved with launching these birds, will the operator be tempted to charge more for the service?

Advantages
Unused Spectrum
Unlike lower frequencies such as Ku- and C-band, Ka-band satellite services are not yet heavily subscribed. One of the biggest selling points, therefore, is this unused spectrum and this coupled with the use of multiple spot beams allows for much higher frequency reuse, multiplying the data throughput that can be achieved.

Essentially, frequency re-use consists of the ability to use the same frequency band more than once in any given geographic location. As these beams cover a small area, with little overlap, providers can re-use frequencies in each individual beam to provide greater total capacity, without the need to increase allocated bandwidth. 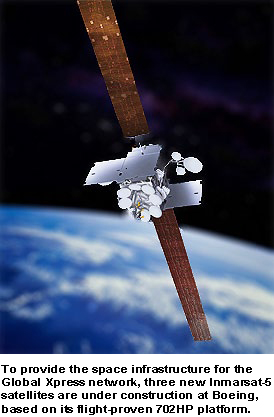 Another upside of this approach is that spot beams can be aimed wherever they are needed. On the downside, multiple spot beams can create operational issues. For one, uplinking data from one spot beam and then downlinking it via another requires signal switching which adds to the complexity and cost of the satellite.

More Bandwidth = Cheaper Service?
With Ka-band, there will be more available bandwidth. More bandwidth is essential for implementing and operating data-intensive applications like enterprise resource planning systems, remote IT solutions and video conferencing. The potential for Ka-band to drive efficiency and operational savings across all areas of the business is important to note when quantifying the ROI from installing a new satellite system.

However, while proponents of Ka-band systems have come to the conclusion that more bandwidth equates to less expensive capacity that can be sold to a greater number of users at a lower cost, the economics do not stand up to scrutiny (in the maritime world) according to others.

For example, ViaSat’s aforementioned Ka-band satellite can rely upon large numbers of subscribers in each spot beam as it is focused over a heavily-populated land mass. On the other hand, focusing spot beams over parts of the world with little ocean-going traffic is inefficient, as the operator still has to provide service, but to a much smaller number of subscribers. Does that mean Ka-band be less expensive? Perhaps not.

Less Interference
Ka-band typically has the upper hand over Ku-band when it comes to interference. This is because Ku-band satellites are often spaced as little as two degrees apart from one another and antennas have to be designed so that they do not transmit to non-target satellites. Ka-band satellites are positioned further apart and are less susceptible to adjacent satellite interference (ASI). 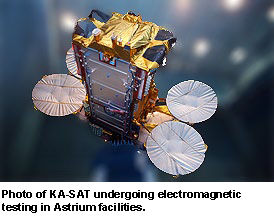 Less Expensive Antennas/Installations
A common rule of thumb is that as frequency bands increase, antenna sizes go down. It is estimated that a Ka-band antenna will be around half the cost of a Ku-band satellite, while occupying a much smaller footprint. This means that a large fleet can be retrofitted relatively quickly, while the ship is in motion.

Ku-band antennas are more complicated to fit and vessels will need to be dry-docked before a system can be installed. Ka-band systems will, therefore, be smaller in size, less expensive, easier and quicker to install, resulting in a lower overall CAPEX than is the case with Ku-band systems.

What Is Most Important?
Is the buzz around Ka-band justified? Perhaps. It really does depend on the unique requirements of the end-user. Quite frankly, I do not believe that the end-user cares too much whether their system is L-, C-, Ku-or Ka-band. What is most important is the quality and cost of service.

In some instances, Ka-band may not be the optimal solution. What is likely is that vessel operators will need to rely upon multiple connectivity technologies. This could bode well for Intelsat and its upcoming EpicNG system which will support C-, Ku- and Ka-band frequencies in wide and spot beam configurations. Although the beams will deliver similar capacity to GX, the system is not going to be a global one. In fact, only the satellite at 29 degrees East will cover the North Atlantic shipping routes. The satellite covering Europe, Middle East and Africa is likely to be used for land mobile and aeronautical business.

About the author
Daniel Welch is a Senior Consultant and possesses several years of research experience on both the client and agency sides. He most recently spent two years working the client side, analyzing and interpreting complex data runs to provide key strategic insight to high profile stakeholders within the media sector. Has an additional two years experience in the market research industry covering the industrial automation market, with a key focus on operator terminal products (HMI devices). Dan holds a BA (Hons) Business Studies degree from Leeds Metropolitan University and is an all round sportsman.