Dr. Ko Ogasawara is the Vice President and General Manager and is responsible for the business development of the space business at Mitsubishi Heavy Industries, Ltd. (MHI).

Dr. Ogasawara obtained a Master of Engineering degree from Kyoto University in 1988 and worked at Nagoya Aerospace Systems, MHI, as a structure engineer for the Japanese primary launch vehicles, N-II, H-I and H-II as well as the Japanese Experimental Module “KIBO” for the International Space Station. In 2008, he was assigned to manage the launch vehicle performance analysis section of the company’s Space Systems Engineering Department. Since 2014, he has been the Vice President & and General Manager, Business Development Department, Space Systems Division, Integrated Defense & Space Systems, MHI.

SatMagazine (SM)
MHI entered into the commercial launch services business thanks to an initial contract from Telesat Canada in 2013. What are your thoughts regarding MHI’s latest space activities? And what is the company’s latest news in this area? 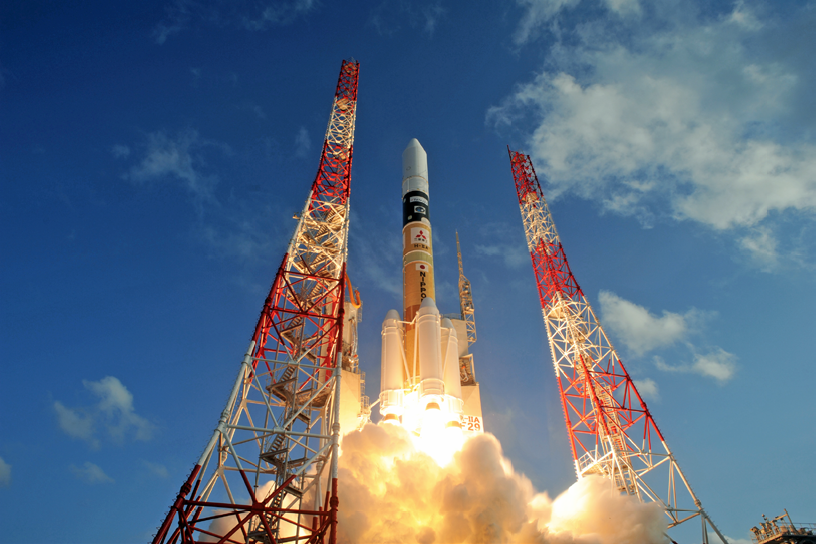 Liftoff of Telstar 12 Vantage of Telesat Canada on Nov. 2015

Dr. Ko Ogasawara
At first, MHI, as a launch services provider for the Japanese Flagship Launch Vehicle Family H-IIA/H-IIB, had the role of satisfying  Japanese government demands, which were stringent. The company intended to proceed beyond the government mission and has a  strong intention to expand our launch services business to the international commercial satellite market,  taking full advantage of the capabilities of the company’s H-IIA/H-IIB heritage.

This year, MHI was awarded the contract from the UAE government, or MBRSC (Mohammed Bin Rashid Space Center), for their national,  high-level EMM (Emirates Mars Mission) project, which is scheduled to be launched in 2020. The spacecraft will reach Mars orbit in 2021,  which happens to coincide with the 50th anniversary of the UAE. This means that the schedule assurance for the EMM launch is of the  highest priority which, in addition to launch vehicle reliability, led to the MHI contract award from the UAE.

MHI has continuously received contracts from overseas customers for three years. Meanwhile, we understand that the commercial launch  services market is currently getting far more competitive. MHI wants to contribute to the space community by offering our services using the current H-IIA and  next generation H3 launch vehicles.

SM
Given that MHI is the prime contractor for the H3, what is the development status of this project? And, after the planned debut of this vehicle in 2020, how will MHI offer H3 launch services to the commercial market?

Dr. Ko Ogasawara
Yes,  H3 will be the new flagship launch vehicle in Japan—the Japanese government has already decided to develop H3 and MHI was selected as the prime contractor. MHI is working with JAXA on the design, development and manufacture of H3.

The development of this vehicle is progressing on schedule. One of the main development items is the higher power, more robust, lower cost first stage engine. Combustion tests will start within this year as scheduled. We are focusing on a more customer-oriented feature on H3, as well as supporting the H-IIA/H-IIB heritage. This means that pricing will also be more attractive and the launch capacity will be greater than that available for the H-IIA.  For example, the maximum launch capability of H3 will be around 7 metric tons to GTO. 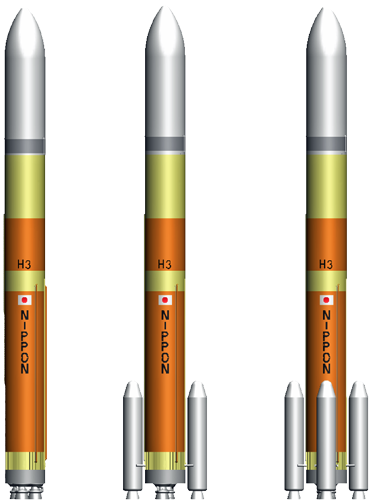 With H3, our goal is to more than double the launches per year, which currently stands at between 4 to 5, including domestic and overseas missions. To attain this goal, MHI has started to appeal the international market very actively. As a result, we have already received positive responses and inquiries from customers and from the insurance community from all over the world.  MHI will continue to push our utmost efforts on the development and the sales and marketing activities for the H3,  and our goal is to become a major player in the global launch services market.

SM
There are a number of ‘Giant Competitors’ in today’s marketplace. How do you plan to offset and position MHI as a viable alternative to launch services?

Dr. Ko Ogasawara
We know that the current market is getting more and more intense as far as competition is concerned. We plan to offset our competitors by ensuring the market knows of the strengths of MHI’s H-IIA launch services, which are on-time launches and highly reliable. Additionally, we aim to promote the value of H3 through the following points…

• Price competitiveness
• Better mechanical environment, such as shock and vibration reduction, small load factor from liftoff to separation, and more
• Quick launch response—the plans are to accelerate the launch process from the current market standard of 24 months to 12 months

Coincidentally, 2020 is a year when many new launch vehicles from other launch service providers will be (expected to be) rolled out. Through the H3, MHI aims to secure a considerable share in the commercial satellite launch market. 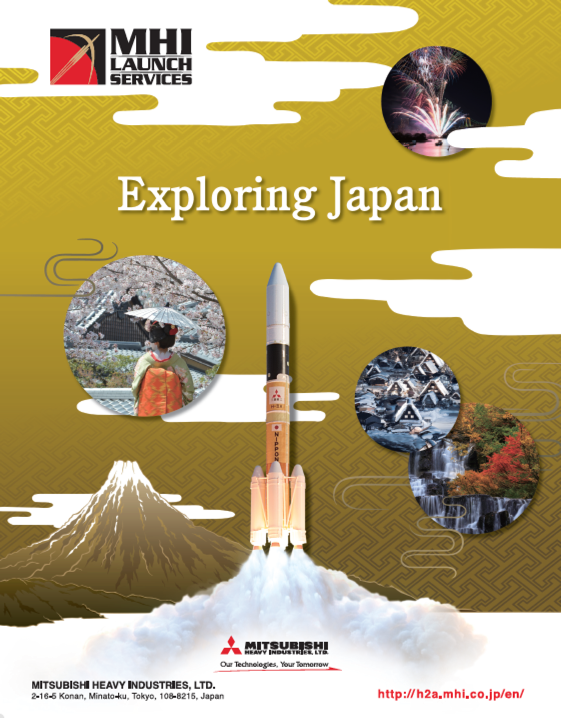 Dr. Ko Ogasawara
MHI fully understands that Space X has aggressively been proceeding with the creation of their reusable launch vehicle, the Falcon 9R.

Reusability will definitely be one of the upcoming technological paths for  next generation launch vehicles. MHI started the reusable launch vehicle research over 10 years ago. For reusability, the key technology is not only reusable components and sub-systems, but total system reusable operation. MHI has developed reusable components including reusable small sized liquid hydrogen/oxygen engine and tested successfully with variable thrust repeatedly.

Moreover, by the experience of consecutive operations of small sized vertical take-off and landing reusable vehicle, MHI continues to learn the essential technologies for reusable operations. Reusable technologies acquired through our research process will be reflected to full-sized reusable launch vehicle that will succeed to expendable H3 launch vehicle.

SM
The smallsat market is exploding for large and small satellite operators and manufacturers—what are MHI’s vision and plans for this market segment?

Dr. Ko Ogasawara
MHI understands that LEO constellation ideas have been prevalent in the space community and LEO constellation system might cover a large portion of the conventional commercial broadcasting and communications satellite environments.

However, there remain issues to be resolved, such as the mass production of smallsats and their launches—I believe that the current, major players within the satellite manufacturing and/or launch services providers are trying to resolve such issues.

That being said, the smallsat market is highly attractive for us. In H3 development activity, we are going to ensure compatibility for LEO constellation satellites reflecting our experiences to launch small co-passenger satellites on current H-IIA launch service. I believe this will certainly expand our service offerings.

Smallsats, with such a wide variety of possibilities, are indeed a market-changing product and MHI is extremely interested in their development. To prepare for future market needs, MHI is strongly considering how to make significant contributions to this market as well as to commercial satellite launch services.

We do realize this is not an easy place for us to enter this market and immediately obtain success, so we are looking for other solutions, such as collaborations with existing manufacturers and satellite operators.

SM
Please advise our readers as to the activities MHI will engage in over the next several years.

Dr. Ko Ogasawara
MHI has been playing a major role in Japanese space programs for over 40 years and this position will remain the same.

In 2015, the Japanese government issued the “Space Basic Plan,” which illustrates the comprehensive roadmap for national space activities. In this plan, we find that the Japanese space policy has placed more importance on the industrial use of space rather than scientific R&D.

With full understanding of such policy, MHI will aim to obtain more contracts from overseas customers via our core launch vehicles. The company will also be taking part in the nexgen space programs, such as the upcoming enhanced HTV and other international space probes.

Finally, MHI develops and manufactures approximately 700 products in various fields—these technology solutions and a highly skilled workforce will enable the company to resolve any challenging issues presented and to create preferable solutions. Also, through the interactive collaboration, we aim to provide new business models and unique added values to the space business.

I firmly believe MHI will become one of the most productive players within the space business community.
h2a.mhi.co.jp/en/index.html