From the early launches of GEO satellites (almost 30 years ago…), the US has adopted satellite communications as a strategic component of the nation’s infrastructure.

The latest report from the Satellite Industry Association (SIA) confirms that current satellite operations growth within America is around 10 percent, while for the rest of the world that figure stands at five percent.

All these broadcast services continued to evolve and improve: from analog to digital with the mid 90s DVB-S standard, then constantly increasing their useful capacity. The latest achievement is the DVB-S2X standard that was finalized in 2014 and is now being deployed with the release of the first receiver chipsets. 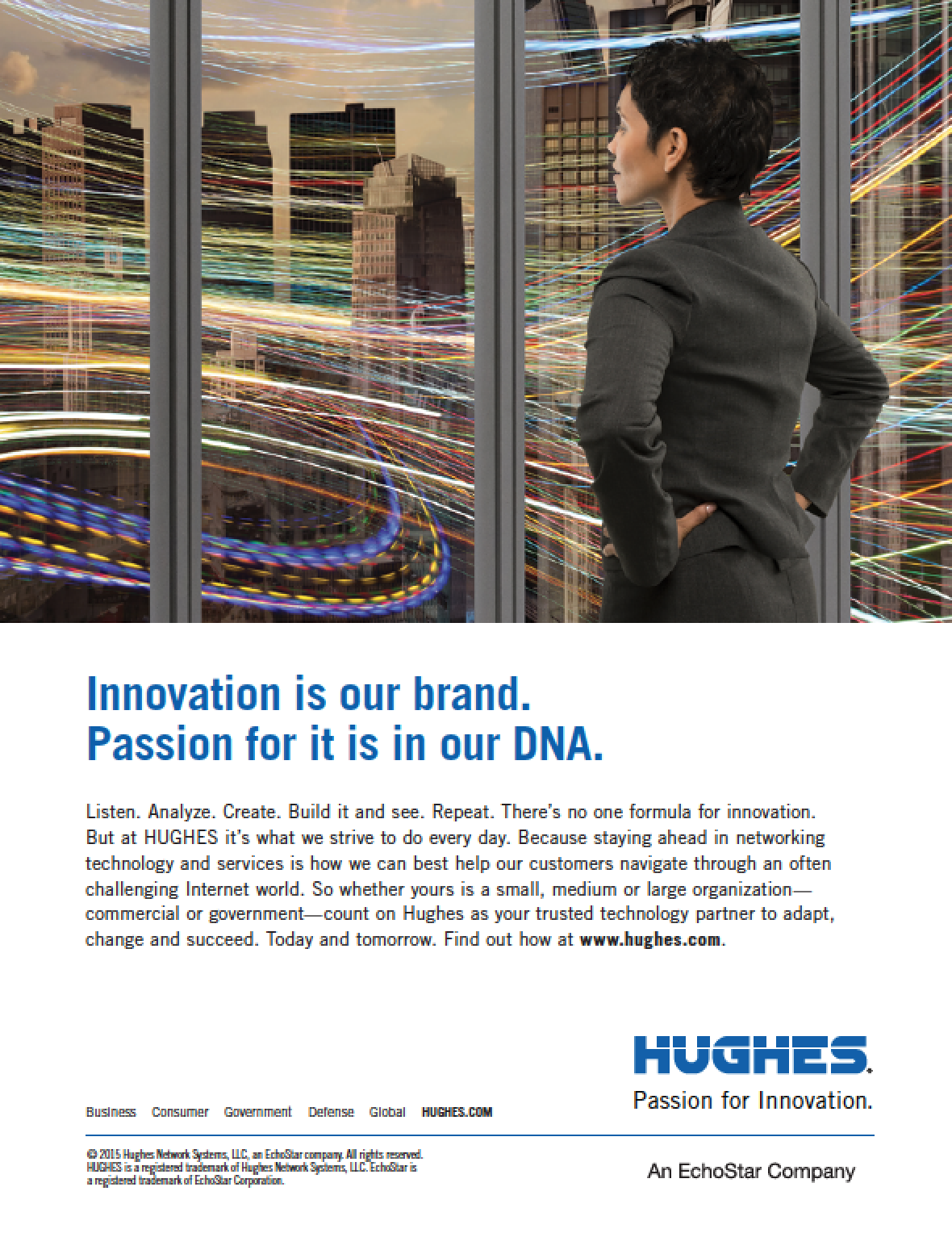 This second generation standard allows increases in the capacity of any transponder by 25 percent, lowers operational costs and gives the satellite industry a new, competitive advantage. Being in first place, worldwide, for satellite TV services, the US market will undoubtedly upgrade its infrastructures toward S2X as new services debut, including 4K program feeds. Today, thousands of TV channels go through satellite, and even larger numbers will be brought to consumers via satellite feeds.

While TV was one of the first services to benefit from satellite distribution, it did not remain so for any length of time. At the close of the 90’s, IP communication services through satellite (VSAT) emerged. While they did not take off so rapidly, the benefit of VSATs that established IP networks over wide areas was so formidable that investment became considerable and ongoing technical progress significantly encouraged. With DVB-S2 in 2003, and DVB-S2X in 2014, waveforms have been improving and bitrates increasing.

Satellites are also becoming more powerful: transponder bandwidth has been raised from an early 36 MHz to some 500 MHz, multi-beam High Throughput Satellite (HTS) technology has been introduced and satellite constellations have been launched to new elliptic and LEO orbits. In only a few years, capacity has been increased from a few hundreds of Megabits per second on wide beams to several Gigabits per second on selective beams. The cost of IP links is rapidly dropping and is competitive against ADSL or fiber links. This cost advantage goes with the satellite’s strong advantage: a wireless transmission that’s capable of reaching any area, quickly, as well as supporting mobility. New services are benefiting from satellite transmissions: in-flight Internet access, IP networks for off-shore oil platforms and ship fleets, and more.

Satellite operators are now heavily investing in new solutions and market alliances are emerging between TV and Internet operators, all of whom are willing to offer new packages to end-users.

Regulatory bodies support this dynamic market by preparing new tools for tomorrow’s traffic management. A growing number of satellite carriers are needed to meet today’s market demands, and this growth may well saturate available spectrum and create carrier interference. In order to anticipate such difficulties and quickly fix them, the FCC decided to make DVB-CID Carrier Identification compulsory, starting in September of 2017. This regulation requires an ID signal to be embedded within a transmission signal.

To maintain a leading position in this dynamic market, TeamCast is constantly investing in a range of satellite products (modulators, demodulators, monitoring devices) to keep them up-to-date, optimized and adapted to the various US market use-cases. TeamCast has supplied hundreds of VYPER satellite modulators worldwide over the past years and has enjoyed success in equipping DSNG trucks in the US. Two reasons explain the company’s successes...

The embedded CID generator makes the VYPER modulator natively compliant with the new FCC requirements for carrier identification
As stated earlier, from September 3, 2017, all DSNG signals must carry an identification signal known as CID, to help negate carrier interference. To comply with this new requirement, DSNG operators must upgrade their truck equipment. They can either add a CID signal generator and associate the resultant signal with their existing modulator, or renew their equipment with an up-to-date modulator possessing a CID signal generator, such as TeamCast’s VYPER.

By doing this, they benefit from the latest developments in satellite modulator technology, such as the higher spectral efficiency offered by the DVB-S extensions known as DVB-S2X (low Roll-Off down to five percent, extended set of modes up to 64 APSK, etc.). Additionally, the embedded CID generator makes the complete solution more compact and cost effective that a combination of the two devices. This compactness and cost advantage of VYPER will be further reinforced with the brand new DUAL VYPER product that offers a double DVB-S2X modulator with CID generator in a single 1RU chassis, with the same high performance and aggressive pricing as the single VYPER product—an ideal solution for large DSNG trucks.

Demanding use cases, such as 4K live feeds, benefit from TYGER’s unique features
The new TeamCast wideband TYGER offers an unprecedented payload for demanding applications, such as live 4K multi-feed. With a unique RF modulation design going up to 256 APSK, high reliability, high operational flexibility and easy control, TYGER is now the choice for demanding applications, such as live 4K feeds for sport events, music events, award ceremonies, and so on. In example, the Masters Golf Tournament 2016 was shot in 4K and the feeds used TeamCast’s modulation gear.

All of TeamCast’s products are compliant with the DVB-S2X standard and integrate the management of carrier identification, all according to the DVB-CID standard. TeamCast has also developed a range of monitoring products to help customers comply with the latest FCC requirements.
teamcast.com/ 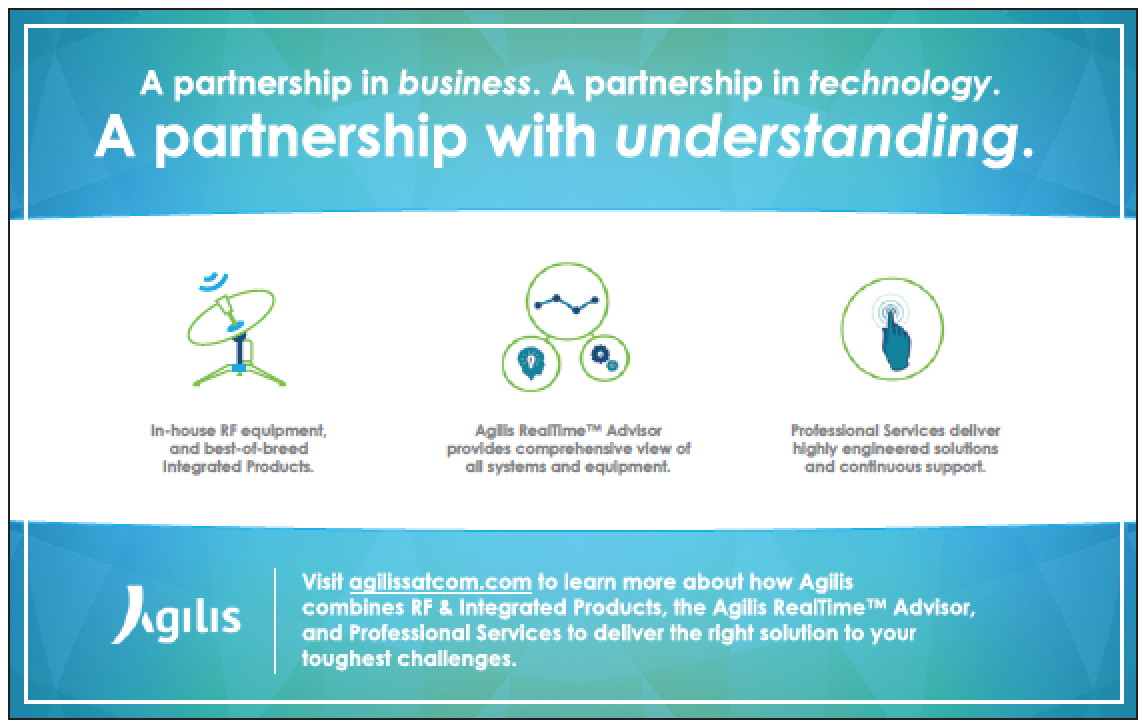