Jeanne Medvedeva has been involved as a Launch Manager in the launch of more than 150 multi-national smallsats over multiple missions. At Exolaunch, she has enabled a global client base that includes universities, government entities and newspace startups to reach space. Jeanne holds a degree in Economics and International Affairs and is fluent in Mandarin. 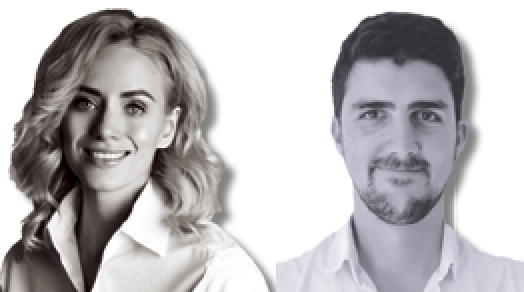 Connor, can you tell us about your company’s smallsat separation system?

Connor Jonas (CJ)
CarboNIX is a separation system for smallsats that weigh up to 150 kg. It is used to separate the satellite, once the upper stage has reached the target orbit. We decided to develop CarboNIX after a few years of launching smallsats, when we saw there was demand in the market for a separation system that didn’t yet exist: a low-shock separation system without export restrictions and with good lead times at an affordable price.

Given our experience designing and manufacturing the EXOpod cubesat deployers, and combined with the information we learned from launching smallsats, the company was in a unique position to be able to develop CarboNIX to match market demands.

We especially wanted to focus on bringing the price of CarboNIX down, as the cost of access to space is one of the largest barriers that young space startups face. In turn, this has led to CarboNIX becoming the lowest cost microsat separation system on the market.

Jeanne, who is the target customer for the company?

Jeanne Medvedeva (JM)
We will sell CarboNIX separately to single smallsat customers and constellations and also as a part of our launch services. In this way, you can think of Exolaunch as a one-stop-shop for all launch needs.

As we handle everything, the customer can focus on completing the satellite builds. We have a lot of interest from the entire smallsat community, and are currently completing a number of orders. The firm’s international team is currently working on additional improvements of the system.

Can you describe what makes CarboNIX unique?

CJ
CarboNIX has a few different systems that make it unique. First of all, we’ve carried over a number of components (such as the release mechanism and deployment sensors) from our EXOpods, which now have years of flight heritage.

We’ve also developed a new concept for the hold-down system, which when released delivers super-low shock values to the satellite. Couple this system with the spring pusher system, which separates the satellite before the shocks are generated, and CarboNIX becomes the lowest shock separation system ever used in space.

Finally, CarboNIX achieved flight heritage earlier this year and is fully compatible with satellites designed to mate to other, 15-inch, separation systems.

When you say CarboNIX is the best-in-class for lead time, can you explain that comment? How do ITAR requirements come into play?

CJ
Typical lead times for separation systems are six or more months. Our lead time is within three months. As CarboNIX was designed and manufactured entirely in Europe, it is not subject to strict export regulations and is ITAR-free. CarboNIX can be easily exported to launch on any launch vehicle, and that greatly simplifies the paperwork and negates any additional costs for the customer.

Jeanne, you’ve worked on launching more than 150 multinational satellites in your career. What has been some of the recent wins for Exolaunch?

JM
Our first rideshare launch occurred in 2013 for several German cubesats. Since then, the company has witnessed the fast growth of the smallsat market and has supported this segment on the launch side, managing launches for over 80 multinational smallsats.

Our expertise in arranging launch services, flight proven deployment systems that have been developed in-house, to include CarboNIX, and certainly our incredible customer portfolio, these are all of the firm’s main wins.

We see an ever increasing demand for launch opportunities across varying new options. We’ve integrated smallsats on multiple missions of Soyuz-2, which is known for its reliability, heritage, and accurate orbit injection.

However, with the complete set of EXOpod, CarboNIX, EXObox (electrical sequencer) Exolaunch will perform launch campaigns for any vehicle, and will significantly expand the number of vehicles we launch on in order to satisfy a market that is growing increasingly picky about the launcher, launch period and destination orbit.
www.exolaunch.com