PACC Ship Managers Pte. Ltd. knows how to run a tight ship. They do it for their parent company, Pacific Carriers Limited (PCL), a Singapore-based company that is a leading owner and operator of dry bulk carriers and product tankers. In addition to serving as PCL’s in-house ship management arm, PACC also manages vessels for third parties: A total of 46 vessels including dry bulk carriers, product tankers, chemical tankers, container feeder vessels and multi-purpose vessels, with home ports in Singapore, Malaysia and the United Kingdom. Ship management companies are the outsourcers of the maritime industry. Their clients’ core business is moving cargo, and ship managers look after everything else, from manning and equipping to provisioning and maintaining the ship and its systems. Communications is a key piece of the puzzle, for safety at sea, ship management and crew morale. 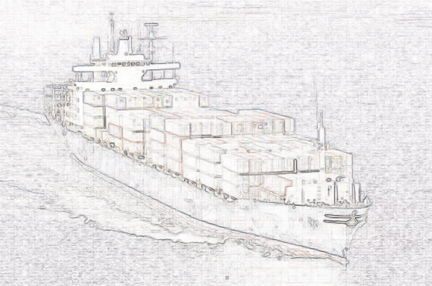 Managing With se@comm
Since 2005, PACC Ship Managers has been a customer of Telaurus, a Globecomm company that provides a comprehensive service platform for the management of maritime communications. Traditionally, communications at sea involves an unwieldy mix of providers (Inmarsat, Iridium) and services (voice, data) with complex pricing that can produce “sticker shock” when the monthly bill arrives. The se@commTM system from Telaurus provides a single shipboard computer interface for managing email and data services, which typically reduces the cost of data transmission significantly.

The system produces those savings in several ways. It interfaces with Inmarsat so that, instead of charging by the minute or message, Telaurus charges by the kilobit, usually at a much lower rate. The se@comm system then adds advanced compression and encryption to substantially reduce the number of kilobits required. Prior to transmitting any message, se@comm displays its cost and asks if the message should be sent. Powerful filters allow each user to decide what email addresses they will accept messages from and how large those emails may be.

This sophisticated approach to communications management applies to crew services as well. Intuitive account screens make it easy to set up crew members email accounts using a prepaid scratch card or credit card. Each user receives an email address that can move from ship to ship with the user. The se@comm display screen notifies crew members about newly arrived email without requiring them to query a shoreside server.

Broadband Advantage
To meet its fleetwide needs, PACC subscribed to Inmarsat B service, a traditional offering that provides direct-dial phone, telex, fax and data communications — but at only 9.6 kilobits per second.

“That is a very a narrow pipe by today’s standards,” says Patrick Sim, director of sales and marketing for Telaurus in Singapore. “Inmarsat B service was reliable and proven, but it was gradually becoming a bottleneck for their operation.”

Fortunately, there was an alternative. In 2007, Inmarsat introduced Fleet Broadband, a true maritime broadband service delivered by the company’s new I-4 satellites. Fleet Broadband delivers an always-on Internet Protocol service at speeds from 150 to 432 kbps. Like a home or business broadband connection, it supports voice, email, SMS text, virtual private networks, even ISDN for legacy applications.

“Fleet Broadband is really a new world for ship owners and managers,” says Sim. “We began talking with PACC about this in 2009, and convinced them of the benefits: Greater capacity, the ability to support new applications, and dollar-for-dollar savings compared with Inmarsat B.” 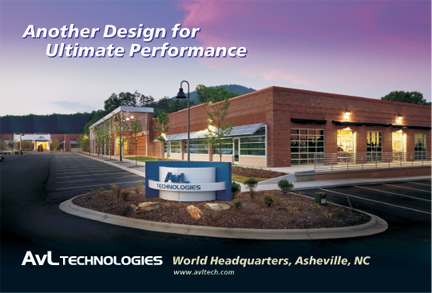 Growing Capabilities
In January 2010, PACC made the decision to convert 35 of its ships to Fleet Broadband provided through the Telaurus system. Telaurus provided the software upgrade, the Fleet Broadband contract and the Thrane & Thrane shipboard antennas, while PACC took responsibility for installing the new antennas on its ships. With a global fleet constantly on the move, the work went in stages, requiring about six months to provision each third of the fleet.

While the capabilities of Fleet Broadband are new, the game is the same when it comes to squeezing the greatest value from that capacity. “Our services are like a data plan for a smart phone,” says Patrick Sim. “If you don’t have a data plan, you can pay a lot of money per bit. But with the management and compression technologies we provide, PACC can meet all of its needs for a very competitive fixed price it brings capabilities far beyond the reach of a 9.6 kbps service. The PACC installation includes se@SHIELD, for example, a unique variation on traditional antivirus software. Conventional antivirus software requires regular two-way interrogation between the computer and shoreside servers, with frequent updates to virus definitions and the scanning “engine.” In a shipboard environment, these are either costly or impossible. Maritime users wind up paying for regular downloads they do not receive, and have a far lower level of virus protection as a result.

With se@SHIELD, the Telaurus shoreside servers “know” the status of every se@SHIELD installation and send only the data required when new updates become available. This reduces two-way traffic. The updates themselves are generally small in size and are transmitted in compressed form. Telaurus also eliminates updates of the scanning engine itself. The se@SHIELD system automatically updates every PC on the shipboard local area network. And it offers specific protection against the most common source of shipboard viruses: “Flash drives” and other external hard drives that are plugged into a PC. When an external drive is plugged in, se@SHIELD automatically scans it for viruses before any data transfer can take place. The software can also be loaded into any PC on the ship via flash drive or USB stick, even if the PC is not on the local area network.

“The Telaurus fixed cost email system allows better control of our budget,” says George Tan, general manager of the technical department at PACC Ship Managers. “The prepaid phone cards for crews eliminate the need for paperwork for crew phone bills as in the old system. The auto updates of the virus list in the se@SHIELD program also eliminate the need to send quarterly virus updates, as with other anti-virus programs.”

Next Step: Video?
PACC’s interest in Fleet Broadband was sparked in part by the potential of video communications. Military officers around the world have become devoted users of videoconferencing, because they find that it substantially reduces the room for misinterpretation in high-stress situations. The same logic applies at sea, and PACC is interested in giving its captains the ability to videoconference with the headquarters staff.

Even more intriguing is the opportunity to add video surveillance capabilities to its ships. By positioning cameras at strategic locations and having them monitored from shoreside, PACC can potentially improve safety on its decks, reduce pilferage in the hold, and enhance its ability to guard against pirate attacks.

“But adding video also adds costs,” says Patrick Sim. While impressed by the potential of video, PACC is waiting for market conditions to justify the next expansion of its capabilities.

“It’s a privilege to work with industry leaders like PACC Ship Managers,” says Globecomm chairman and CEO Dave Hershberg. “Globecomm has expanded strongly into maritime services over the past few years. From managed Inmarsat and Iridium service to VSAT broadband, we are now serving thousands of ships at sea every day.”

A modern ship is a mobile warehouse and office, with the typical shoreside requirement to be tightly integrated into the operations of a global supply chain. But running a tight ship, as PACC Ship Managers does, also requires a sharp eye on the bottom line. With Fleet Broadband service provided by Telaurus, PACC has found the best of both worlds. 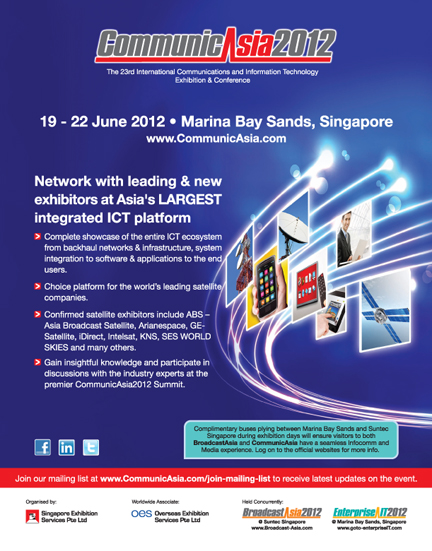 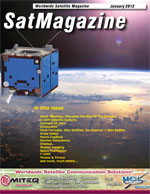