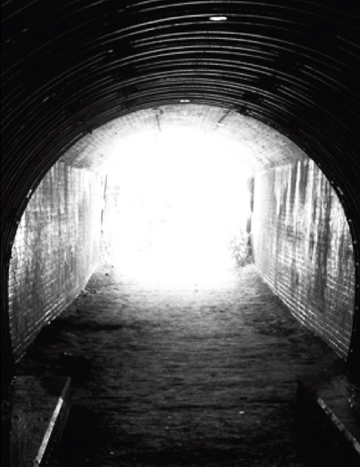 Quality video (live IPTV streams and very large video files) requires broadband. The globe is being quickly covered with a great variety of wireless networks, almost all of which can carry IP traffic. The diversity of protocols, spotty coverage, and lack of uniform bandwidth and network performance present problems for those who need reliable connectivity, particularly from mobile capture platforms such as airplanes, UAVs, ships, tanks, humvees, and others, as well as warfighters and public safety workers on foot, often in perilous situations. 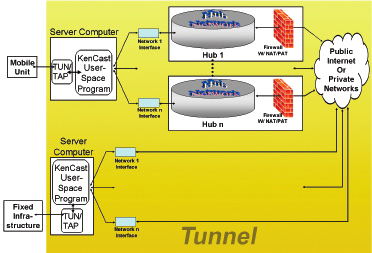 What are the requirements and new technologies to employ for capture of quality video for transmission to/from mobile platforms and fixed infrastructure at a central hub in this emerging global environment? KenCast has built solutions to deliver high quality live video in several recent applications. For example, one application was video from a large aircraft in flight to a fixed infrastructure, taking advantage of one or more military satellites, commercial satellites, and radio-to-fiber networks — all capable of carrying IP traffic.

For security reasons the Mobile Unit and the Fixed Infrastructure must be segregated from the network elements when one or more of the employed networks is public. In these applications it was also desirable to send the content in either direction (from Mobile to Fixed, Fixed to Mobile, Mobile to Mobile, and Fixed to Fixed). A single User-Space Server program that could operate on computers at both ends of the network Tunnel provided the greatest flexibility. 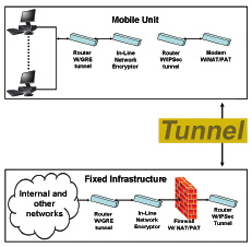 As a Mobile Unit might operate at times in different zones with diverse networks, quick dynamic setup of a virtual network with locally detected IP networks was required in the operational zone of the moment. As the Mobile Unit and the Fixed Infrastructure would not change in configuration, it was desirable to build the virtual network as a dynamically configurable Tunnel that was transparent to the Mobile Unit and Fixed Infrastructure. 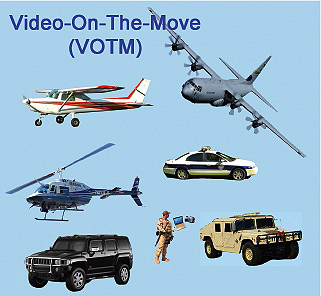 The first step is to Detect Available IP Networks for use. The Mobile Unit must be configured in advance to interface to targeted local IP networks before operations. For commercial networks, this may require a subscription or access contract. The User-Space program in the Mobile Unit must include ability to sense the presence of these authorized IP Networks and connect to them. The interface into and out of the Tunnel requires maximum interoperability. Using TUN/TAP effectively creates Virtual Network Interface Cards (NICs) for the Virtual Network. The resulting layer-2 network bridge can then support a wide array of IP protocols at the transport layer and Internet layer (e.g., TCP, UDP, DCCP, ECN, RSVP, SCTP, IP (IPv4, IPv6), ICMP, ICMPv6, IGMP, IPsec, and more). This also creates the basis for both 1-way and 2-way communications.

An Acceleration Capability can readily be applied to many types of IP networks, often with very large increases, even an increase of multiples, in bandwidth. KenCast uses its propriety acceleration feature, Blazeband™, for this purpose on each detected IP network when possible.

The User-Space program, extended with TUN/TAP, can then Bond/Aggregate the detected/accelerated IP networks to create a super pipe. The goal of accelerating and bonding the IP networks is to achieve enough broadband connectivity in the Tunnel to meet the video transmission requirement.

Bonding Requires A Variety Of Tasks
The networks bonded together may have different latencies, necessitating a buffering at the destination to reorder the content packets. If one or more of the bonded networks is a shared network, there can be continuous fluctuation in available bandwidth, which requires continuous monitoring of availability on the bonded networks and dynamic load balancing in the millisecond range. If one of the networks is temporarily lost as the Mobile Unit moves in and out of coverage zones, the User-Space program must be capable of re-connecting and immediately re-using the network upon re-detection.

Bonding with load balancing has the added advantage of providing redundancy. KenCast has bonded as many as 7 wireless networks, but the User-Space program, as built by KenCast, has no theoretical limit on the number of IP networks that can be bonded.

The practical limits may include number of ports on the computer and locally available IP networks. The upper limit of bonded bandwidth is a function of equipment and speed of employed networks. KenCast has bonded satellite and fiber networks in a Virtual Network for cinema applications resulting in speeds in excess of 400 mbps.

Securing the Tunnel — Protecting Transmissions
For public safety and commercial applications, KenCast provides 256-bit AES encryption and key distribution capability across the Tunnel. The network bridge creates a direct connection on top of which two Virtual Private Network (VPN)s can operate securely end-to-end, such as when the Mobile Unit and the Fixed Infrastructure operate as VPNs over the Tunnel.

Mobile communications (especially when employing wireless terrestrial networks in urban areas and/or satellite networks in hostile weather) are prone to random noise and extended outages. It is necessary to employ Forward Error Correction (FEC) schemes to protect the Tunnel in dealing with these problems.

Skillful use of buffering, reordering of packets, and reconstruction of lost packets are necessary for live video streams and files. Video files require, additionally, validation of their integrity upon completion of delivery. KenCast applies industry standard schemes and its own proprietary FEC schemes to accomplish these tasks in the Tunnel. 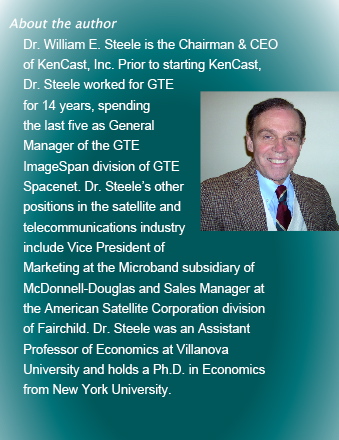 New video equipment used in mobile applications has extraordinary resolution, but a related voracious appetite for broadband networking. Some or all of the emerging IP networks and the tools described above can help build the Tunnels to take advantage of the world of mobility and increasing video quality.

A single KenCast User-Space program with TUN/TAP can handle SD IPTV contributions from 40-50 Tunnels simultaneously from capture sources, assuming an adequate computer cluster is provided. The User Space program can simultaneously display the incoming IPTV stream, embed a GPS (time/location) stamp on video frames, record the IPTV to file for subsequent playback and watermark the recording to support input to a third party Chain of Custody procedure, and pass on the live stream. 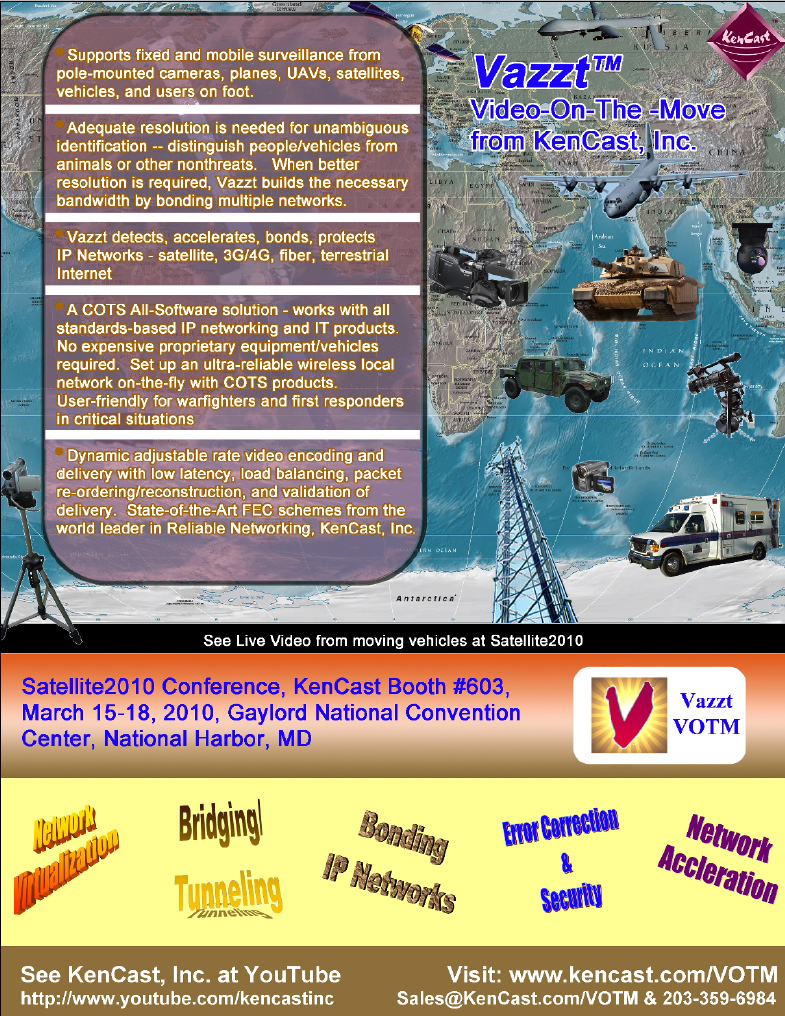