OneWeb’s Chapter 11 bankruptcy (under the SEC’s ‘debtor in possession’ rules) on Friday, March 27, was shocking, given that the company had just launched an extra 34 satellites into orbit on March 21.

One can only imagine the nightmare – and no doubt deep depression — taking place at OneWeb’s various offices during the intervening six days. 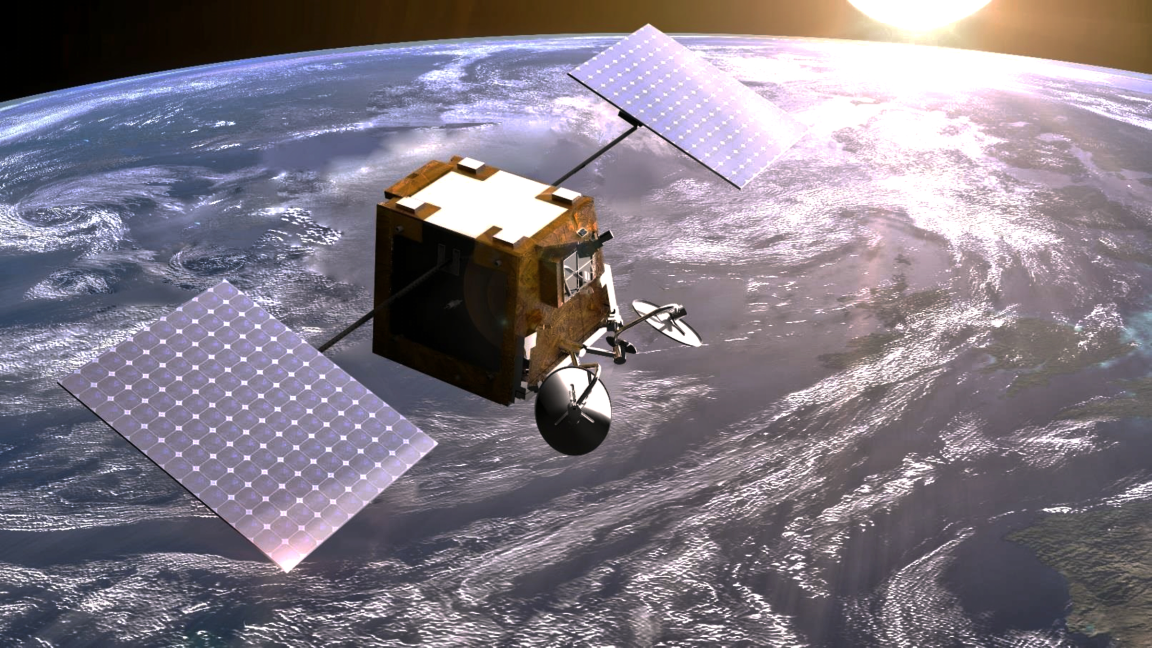 Following the Baikonur launch, OneWeb’s CEO Adrian Steckel said, "In these unprecedented times following the global outbreak of Covid-19, people around the world find themselves trying to continue their lives and work online. We see the need for OneWeb, greater now more than ever before.”

Steckel also spoke optimistically of more launches during the year, saying, “We think it is inevitable that there will be delays to our launch schedule and satellite manufacturing due to increasing travel restrictions and the disruption of supply chains globally. Therefore, we made the difficult decision to eliminate some roles and responsibilities as we work to focus on core operations. We are sorry to have had to take this step and we’re doing everything we can to support those affected.”

Now the company, with its ‘debtor in possession’ bankruptcy, is actively seeking a buyer for its 74 orbiting assets and what’s left of the tarnished dream of founder Greg Wyler.

One investment banker, speaking on March 30, suggested that a potential buyer could be Eutelsat, given that the Paris-based geo-operator has no LEO plans.

However, its tough imagining how any satellite player would want the challenge of launching another 600 satellites, with the massive manufacturing obligations and with the even bigger challenge of mounting a sales and marketing campaign.

In a note on March 30, investment bank Exane/BNPP’s Sami Kassab said, “We note that Eutelsat has no broadband LEO constellation project and believe it might find an interest in looking at OneWeb for its orbital rights and market access licenses could be of value for the French operator.”

Of course, while OneWeb’s principle backer, Japan’s SoftBank, was instrumental in bringing OneWeb to its knees by declining further bail-outs, there are other investors in OneWeb who might have the deep pockets to mount a rescue, not the least if which is chip-developer Qualcomm (Q1/2020 revenues $5.07 billion) or even India’s Bharti Airtel (2020 revenues expected to be above $1 billion).

However, the challenges ahead are huge. A year ago, SES CEO Steve Collar was blunt, saying he doubted whether any of the would-be mega-constellation operators could fund the cost of finding subscribers.

Plus, the current debts are significant. Examining the OneWeb Chapter 11 ‘debtor in possession’ documents, it is Arianespace that is the company’s top creditor and is owed $238 million in unsecured claims. OneWeb signed a contract worth $1.1 billion back in 2015 for a total of 21 launches using Ariane’s Soyuz rocket. Three of those launches have happened, the most recent at the beginning of March when 34 satellites were orbited.

However, OneWeb also has contracts in place with Arianespace for the maiden flight of its all-new Ariane 6 rocket and has also signed options for two further Ariane 6 launches. 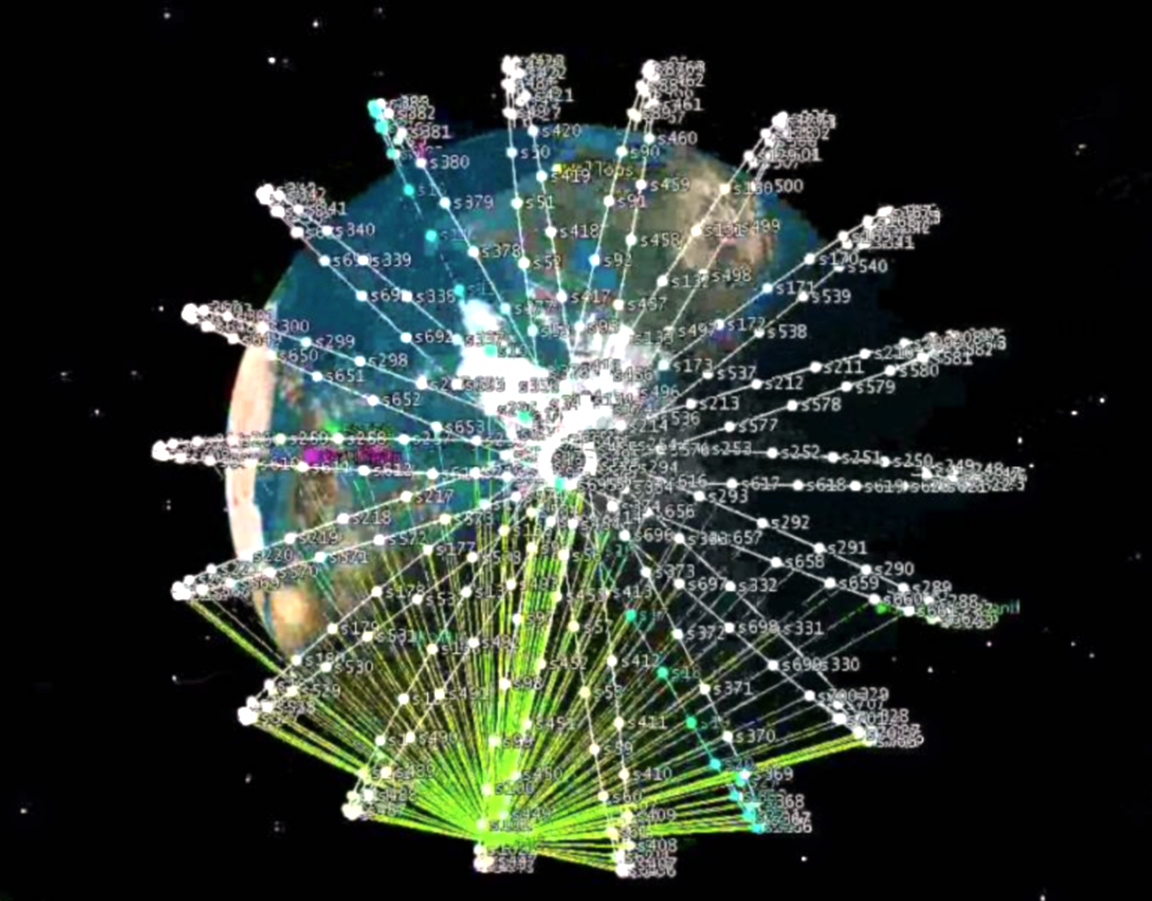 The company is understood to have laid off some 85 percent of its staff and has some $1.7 billion of debt.

OneWeb’s Chapter 11 bankruptcy petition to the Court seeks a “Restructuring to execute sale process.” The company, in its statement, stated, “OneWeb is actively negotiating debtor-in-possession financing, which, if acquired and approved by the Bankruptcy Court, will ensure OneWeb is able to fund additional financial commitments as it conducts a sale process under Section 363 of the US Bankruptcy Code. Together, these actions will allow OneWeb to meet post-petition obligations to its remaining employees and certain vendors in the ordinary course.”

Should a buyer not come forward and a full bankruptcy follow, then the 74 satellites already orbiting could fall into the hands of the UK government, along with the licenses held by OneWeb/WorldVu.

OneWeb’s shareholders are listed as:

OneWeb’s main backer, SoftBank, saw its share price plunging 10 percent in trading on March 30. Other investors, in addition to the listed shareholders, include Coca-Cola, Bharti Airtel, Virgin Group and others.

Not specifically itemized is OneWeb’s Florida joint-venture (OneWeb Satellites) with Airbus, which is building the company’s satellites.

In addition to Arianespace, other key creditors include...

The company's latest Consolidated Financial Statements were filed in London on October 10 of last year (for the year to December 31, 2018, the financials show that OneWeb had secured about $3.3 billion in equity and debt financing.) KPMG are the company’s auditors.

There are numerous formal Financial Charges listed against the company, notably with SoftBank Group Corp. on March 18, 2019, which granted SoftBank a Charge over the entire issued share capital of the company (both ordinary and preferred shares).

This failure is a major body-blow to the satellite industry and it will take time to unravel the complexities of the business. There is also a joint-venture in place with Airbus for a satellite-building facility in Florida near the Kennedy Space Center.

More details will emerge as the bankruptcy process rolls on. CEO Steckel’s statement on March 27, which accompanied the liquidation announcement, was candid, but hopeful.

Steckel said, “OneWeb has been building a truly global communications network to provide high-speed low latency broadband everywhere. Our current situation is a consequence of the economic impact of the COVID-19 crisis. We remain convinced of the social and economic value of our mission to connect everyone everywhere. Today is a difficult day for us at OneWeb. So many people have dedicated so much energy, effort, and passion to this company and our mission. Our hope is that this process will allow us to carve a path forward that leads to the completion of our mission, building on the years of effort and the billions of invested capital. It is with a very heavy heart that we have been forced to reduce our workforce and enter the Chapter 11 process while the Company's remaining employees are focused on responsibly managing our nascent constellation and working with the Court and investors."

One might say that the two remaining major mega-constellation operators, SpaceX’s Starlink and Jeff Bezos’ Project Kuiper, both have deep pockets. They’ll need them!

Note: Additional information about OneWeb's Chapter 11 cases can be found at this direct infolink...

Senior Columnist Chris Forrester is a well-known broadcasting journalist and industry consultant. He reports on all aspects of broadcasting with special emphasis on content, the business of television and emerging applications. He founded Rapid TV News and has edited Interspace and its successor Inside Satellite TV since 1996. He also files for Advanced-Television.com. In November of 1998, Chris was appointed an Associate (professor) of the prestigious Adham Center for Television Journalism, part of the American University in Cairo (AUC), in recognition of his extensive coverage of the Arab media market.