This is an era where rapid technological advancements are witnessed on an almost daily basis, a constant cycle of evolution in every part of our technological lives.

The satellite, teleport and broadcasting industries are no exception to these changes and this article takes a closer look at how they are affecting the industry.

First, take a look at the broadcasting segment and take a step back in time to the very beginnings of television, when TV was rather blandly defined as “radio with pictures.” The viewing area was extremely small and the monochrome lines were hardly what one might call visually overwhelming.

As screens became larger and color was introduced, television claimed to be a visual medium. Fast forward 50 years and the question is now asked, “Why HD? Where is the market?”

HDTV represented a significant leap forward for the industry. HDTV was a technological milestone, no matter that such took more than 30 years, from original development to actual implementation. 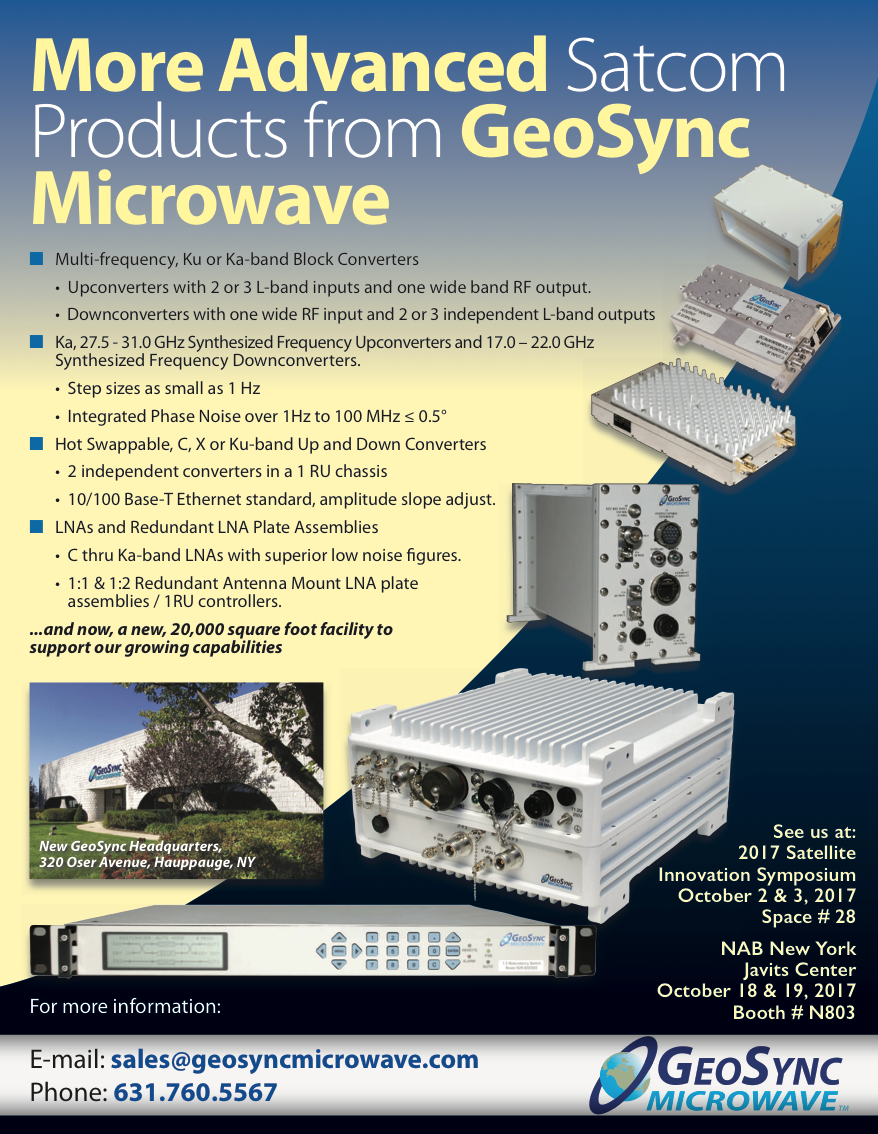 Teleport to today (couldn’t resist that choice of words). Yet again, all stand on the precipice of a visual (r)evolution. The questions that were asked in the past are exactly the same questions that are posed today — “So, why UHD? Where is the market?”

There is an old adage that the past tends to repeat itself. This certainly seems to hold true for the broadcasting industry. Forget the 3D fiasco of the past, as any of the broadcasting fairs that can be attended can attest to that technology as a passing fancy. Fortunately, most of the issues that held back 3D are not applicable or do not impact UHD.

Leaving the evolving UHD aside for now, what opportunities await an independent teleport in regard to High Throughput Satellites (HTS). For mobile operators who are already exploiting traditional satellites for expanding or accelerating their 3G/4G network, HTS brings more bandwidth at a fraction of a cost of a traditional satellite.

However, after sitting on a number of panels and listening to various discussions by satellite fleet operators, this author has a feeling that the trend being witnessed is to establish their own gateways. In the best case scenario, an independent teleport can hope to simply host their equipment. Of course, at the end of the day, it does not matter who purchases the hardware, but at the same time, the entire concept diminishes the importance of an independent teleport in this game by excluding any active services that an independent teleport usually provides.

Requests to provide 1 Gbps of direct public Internet access to one or two tier 1 ISPs and to host third party equipment is hardly worth the combined engineering skills that an independent teleport has access to and can accommodate. 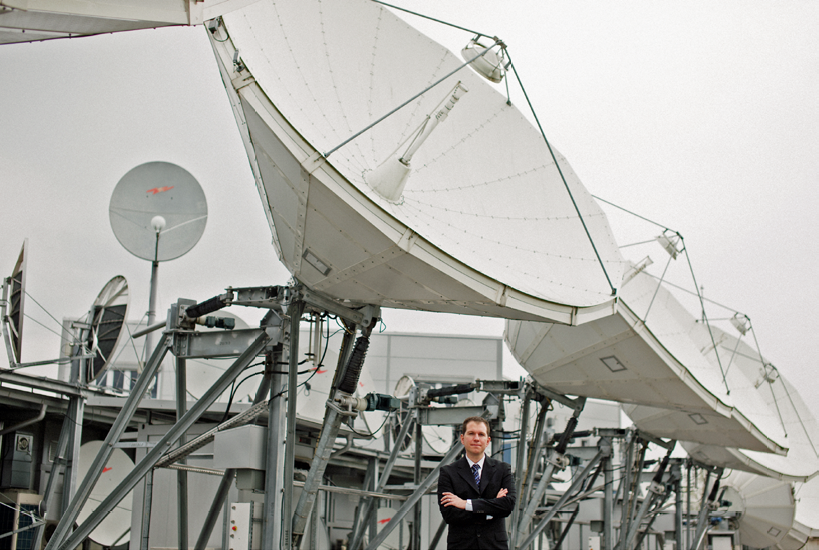 What remains to be seen is whether the migration to UHD and the accompanying h.265 encoding standard will “force” the viewers to switch to higher-order modulation schemes — the notion that such availability might become a show stopper is rife with skepticism.

Yet, look at the data segment — the advancements there are substantial. Today, the bits per megahertz ratio has increased drastically. By using the DVB-S2X standard along with the higher order modulation schemes, such as 64 or 128 or even 256APSK, the data rates can reach and even exceed 400 Mbit/s per transponder. Operators can additionally lower satellite costs by using carrier-in-carrier modes of transmission by combining the forward and return transmissions in the same satellite bandwidth.

Moving onto the teleport segment, one could easily be misled into thinking that this is the most “static” one of the three environments. The traditional Earth station antennas with their associated transmission equipment remain the same, correct?

Well, not exactly. While an Earth station antenna still looks pretty much the same as it did before the world moved on, there have been advancements in this area, as well. By simply running out of traditional Ku-band frequencies and moving to the higher frequency range of Ka-band, the antenna manufactures have had to refine their production lines as extreme reflector and feed precision are required.

An example of how to tackle the issues that come with transmitting in Ka-band is with sub-reflector tracking. At STN, this solution for Ka-band has been successfully used (it really makes no sense to have it installed on Ku-band antennas) for the last four years and its usefulness can certainly be verified.

SRT (Sub-Reflector Tracking) provides reduced mechanical wear and increases reliability on the one hand, and on the other also provides for thermal beam steering — that reduces thermal defocusing — effectively killing two birds with one stone (no actual birds were harmed in the process).

STN has also witnessed an increase in TWTA (Travel Wave Tube Amplifier) output powers. While 750 watt TWTA’s used to be the most powerful HPAs (High Power Amplifier) on the market, for Ku-/DBS-bands today that power has doubled (or more) to 1500 or 2000 watts. The same is true for Ka-band, where 100 watts was initially the maximum, yet today, 500 watts is widely available.

Why is higher power needed? The days of 32 meter antennas are an element of the past and adverse weather conditions are becoming more frequent than ever before experienced. If this trend continues to worsen, more technical enhancements will be required in this field. 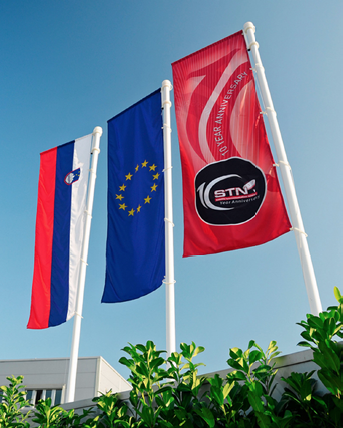 There is another opportunity for teleports to expand their offerings and their services. Though not directly related to satellites, Over-The-Top (OTT) services can certainly complement the services of a traditional broadcast teleport. While satellite is associated with linear broadcast, today’s viewers expect to be able to watch their favorite shows, movies or events whenever it suits them and not just when the program airs. The viewer has become the final editor and is no longer bound to linear television schedules or traditional TV screens.

While OTT brings new commercial opportunities, it also comes with a few new technicalities that were not needed by traditional teleports. However, the novelties are not drastic and, if a teleport has a team of good and out-of-the-box thinking engineers, it is certainly not a problem to incorporate and add OTT in its portfolio of services.

Delivering media content over the Internet requires huge bandwidth capacities. Fortunately, the headend can be in the teleports hands while the edge servers and infrastructure can be rented from various content delivery network (CDN) providers. The synergy in analogous to the “teleport/satellite owner” relationship.

All of the above briefly describes a few (but far from all) technological advancements in three closely related and bound industries, but there are also some existing and potential technical challenges ahead.

A traditional broadcast infrastructure, based around coaxial cables and the HD-SDI interface, is slowly in demise — a teleport that uses this existing infrastructure will probably not be able to carry UHD, unless the cabling has been recently upgraded.

Moving into the IP domain makes much more sense. However, UHD cannot be accommodated by 10 Gbps Ethernet, and 40 Gbps ports are still too expensive for mass adoption. The question is whether content could be lightly compressed in order to fit in a single 10 Gbps cable. While solutions do exist to tackle this problem, it is still too early to go all-IP, unless the challenge of becoming a pioneer in this field and all the dangers that go with it is accepted by the implementer.

At STN, a live UHD transmission encoded in h.265 using a software-based, GPU-accelerated real-time video and audio high performance encoding solution has been performed and… it worked. The market for UHD is not yet there, apart from a premium channel here and there for major DTH platforms such as SKY or DirecTV as well as a number of test channels. At the moment, 4K over satellite is more a matter of prestige than anything else.

One element is certain — technological advancements will not stop. In fact, quite the opposite — these advancements will arrive faster and faster. Eventually, when the Ka-band becomes saturated, the satellite industry will have no option but to expand to Q- and V-bands and teleports will follow suit.

With ever higher frequencies, hardware vendors will need to adjust to the increasing precision-demanding production processes. Unless the need for satellite communication will cease to exist — the “satellite will die” comments have been listened to for the past 10 years or more — clearly, that has not occurred. In fact, the opposite has happened, and ever more demand for satellite capacity is being witnessed.

While the traditional broadcast market may be generally saturated, there are still many regions that are only now starting the transition to HD, plus the Internet of Things (IoT) is only in its infancy. That, combined with the ever increasing demand for more and more bandwidth in mobility and other areas of communication, assure all — especially the industry — that the satellite is far from extinction. WWW.STN.EU