Mr. Meir Moalem is a Co-founder and CEO of Sky and Space Global Ltd. and has been its Managing Director and CEO since its establishment in 2015. Mr. Moalem is a jet fighter pilot, Lt. Col (Res.) of the Israeli Air Force. He has more than 20 years of experience in management, R&D and operation of state-of-the-art projects in Space Systems and Unmanned Aerial Systems, among those acting as a deputy squadron commander and leading the MEIDEX experiment on Space Shuttle Columbia (STS-107) as the project manager for Israel’s first astronaut flight, Managing Israel’s satellite projects (such as Ofeq, Tecsar) and more.

Good day, Mr. Moalem. Would you tell us about your vision for Sky Space and Global Ltd.

Meir Moalem (MM)
Sky and Space Global (SAS) was established as a NewSpace company to connect the unconnected. We plan to build and operate a communications infrastructure based on small satellite technology using highly sophisticated software systems that we have developed.

The company’s goal is to provide connectivity services to regions in the world where connectivity is a major problem, primarily in the equatorial belt where some two billion people live. To do this, we will deploy a constellation of 200 highly sophisticated smallsats over the Equatorial Belt.

The network of smallsats will provide around the clock affordable voice, data, instant messaging, M2M and IoT communications, enabling SAS to implement its vision to provide communication services to Anyone, Anywhere, Anytime.

What is the main focus of the company’s activities? 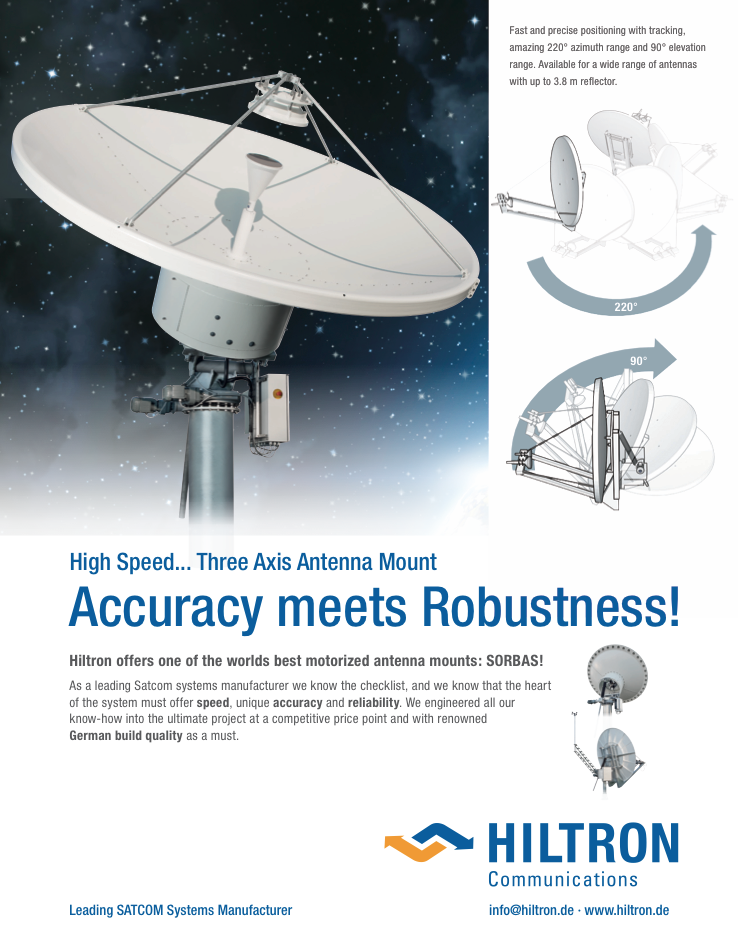 MM
We already have three smallsats in space that serve as the proof of concept. They were launched in June of 2017 and are used to demonstrate the narrowband network’s capabilities for providing voice and data services at a fraction of current costs.

Over the past few months, our efforts have been focused on building the necessary infrastructure to support deployment of our constellation of some 200 nano-satellites that will provide equatorial service. This is a huge effort.

The use of smallsats, combined with our proprietary software, will enable SAS to be a market disrupter and deliver cost-effective communications infrastructure and connectivity services to those who need it the most.

What can you tell us about the timetable for the project?

We will provide limited service from the first launch and will offer instant messaging, IoT (Internet of Things), M2M (Machine to Machine) and data transfer services.

Phone service will commence when a larger part of the constellation is deployed. The entire equatorial belt will be covered from the first launch and 24/7 service will be gradually phased in as more launches are conducted.

Tell us about your philosophy about how nanosatellites can help to bridge the digital gap.

MM
We are talking about approximately two billion people in the equatorial region of the world who have either no or limited terrestrial infrastructure coverage. 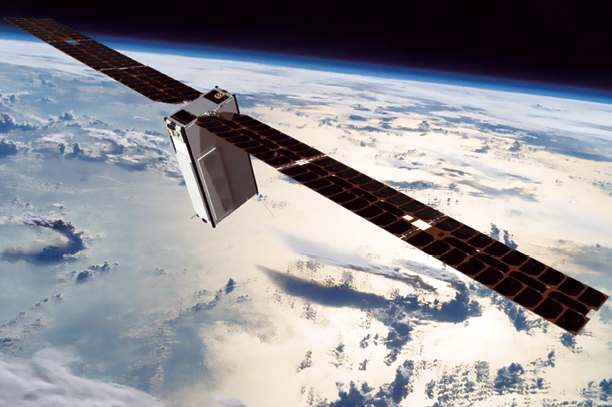 Terrestrial mobile networks cannot meet the huge growth in demand in outlying cities or sparsely populated regions. Residents of these regions are digitally excluded and can take advantage of few of the basic cellular services offered in the more developed parts of the world.

The high cost of deploying mobile networks means that this is not an option. Regular satellites are also not a viable option. A regular satellite connectivity is expensive, with device prices starting at More than 500 percent and calls for over $1 per minute — services like this are cost prohibitive and do not represent a viable solution.

Nevertheless, the residents of these regions want to be connected and desperately need connectivity. Governments and businesses in these regions also need service. Smallsats are the only existing solution for providing cost-effective service.

We are the first company to offer narrow band, inter-satellite capabilities in nano-satellite, for delivering voice and text messaging and for conducting financial transactions. Our goal is to connect the unconnected. Providing affordable connectivity is key for driving digital inclusion and economic growth in the developing world and for tackling poverty and improving education and healthcare.

What are some of the technologies behind the company’s nano-satellite network?

MM
The technology is based on our software which is the core of SAS’s IP and serves as the key element for operating the constellation of 200 nano-satellites.

The software is developed in-house by software engineers at our Cracow, Poland, facility. The smallsats are built to our design and specifications by GOMSpace, a Danish company with whom we have been working. 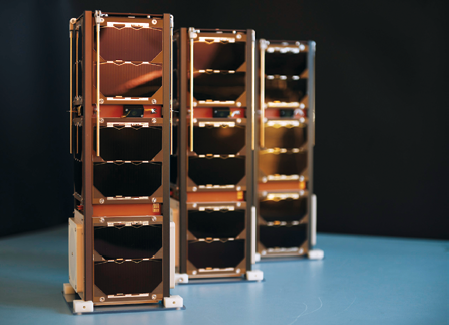 Photo of the 3 Diamonds smallsats. Photo is courtesy of SAS.

We are the first (and as of this writing, the only) company that use smallsats that weigh a mere 3 kilos for an entire range of connectivity activities. The key to our success is the software that has been developed and constantly updated for managing the constellation’s communications network.

What is your revenue model and how do you expect to
make money?

MM
The cost of full deployment of our network is estimated at $150 million, a fraction of the cost of terrestrial or other satellite options.

Our business model is based on B2B with SAS’s customers being the local telecommunications providers in the equatorial regions of the world. We have already signed over a dozen service agreements with providers. End customers in these areas are currently paying on average between $10 to $20 a month but have extremely limited services.

The existing providers will now be able to sell to their existing and new customers by using our network. Nigeria is a perfect example of how our model works. The country has a population of 200 million and has approximately 160 million cell phones subscribers. That is a relatively high penetration rate, which means the customers are familiar with connectivity services and are willing to pay for them. However, service is very limited, and coverage is largely limited to the country’s main cities.

The high penetration rate and poor service is exactly where we come in. In addition, our capabilities to offer coverage in vast uncovered regions will allow telecommunications providers to offer services for the first time to millions of new customers.

How much has the company grown since the firm was established in late 2015?

MM
The company has grown from five to more than 50 employees. SAS is based in the UK and has a substantial presence in Poland and in Israel.

In addition, the company has an office in Australia. Since listing in May of 2016, SAS raised A$35 million on Australia’s ASX stock exchange. The company has future plans for raising funds to cover the cost of deploying its smallsat constellation.
www.skyandspace.global 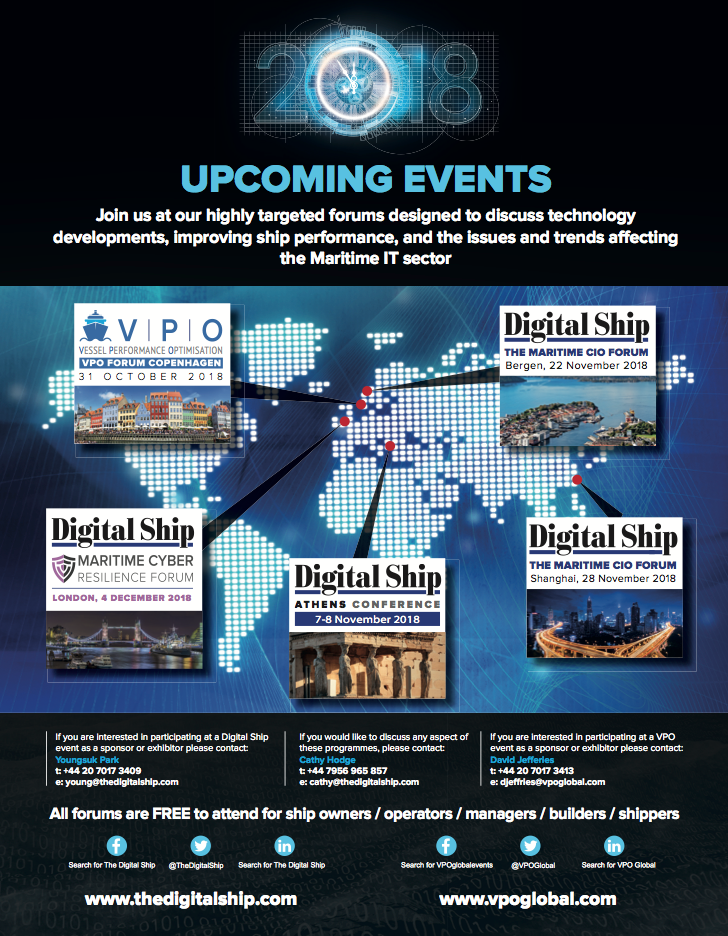