QB-EXPRESS is a new IOD/IOV program developed by LandSpace and Spectrum Aerospace Group that makes space accessible for all. 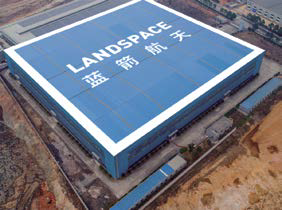 LandSpace
Land Space Technology Corporation Ltd. is a Chinese private aerospace enterprise that is engaged in the R&D and operations of launch vehicles.

Focusing on the small and medium scale commercial aerospace application markets, Land Space is engaged in the development of Liquid-fuel Rocket Engines (LREs) and low-cost commercial launch vehicles. The company completes the highly-integrated design and innovation system capabilities and unit design, manufacture, test and delivery by a first-class technical team in order to provide the global market with standardized launch service solutions.

Land Space always considers the technical innovation and market-orientation as the core development task and is confident in becoming a highly beneficial adjunct of China Aerospace and to boost the company’s future developments.

The company has been approved by the Horizon 2020 Program for Research and Innovation to provide innovative, state-of-the-art, technological solutions in commercial electronic components for space.

Spectrum’s highly skilled team optimizes the qualification (test) process for Commercial-Off-The-Shelf (COTS) parts and has introduced a new product named “Space-COTS,” due to the use of space-based industrial test procedures, that are cost efficient and include the latest generations of chip-technology. Consequently, there is higher performance than with most conventionally produced High Reliability (Hi-Rel) components. 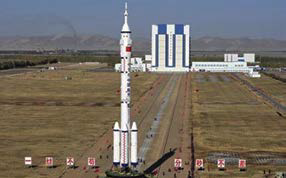 Spectrum Group promotes the NewSpace philosophy and organizes related projects and activities with the introduction of new technologies and viable solutions for space missions.

Landspace Facilities
Landspace operates from combined offices and factory production facilities located around China. The Administration and Research Center (ARC) that is located in Beijing employs a team of engineers and technicians. The company operates an assembly, integration and test facility located close to Huzhou city.

Following the completion of launch vehicle tests, the fairing, liquid propulsion attitude, orientation control system and payload attachment fitting will be transported to the SPF for payload mating and encapsulation. The final SC/LV integration will be conducted in the VIF. 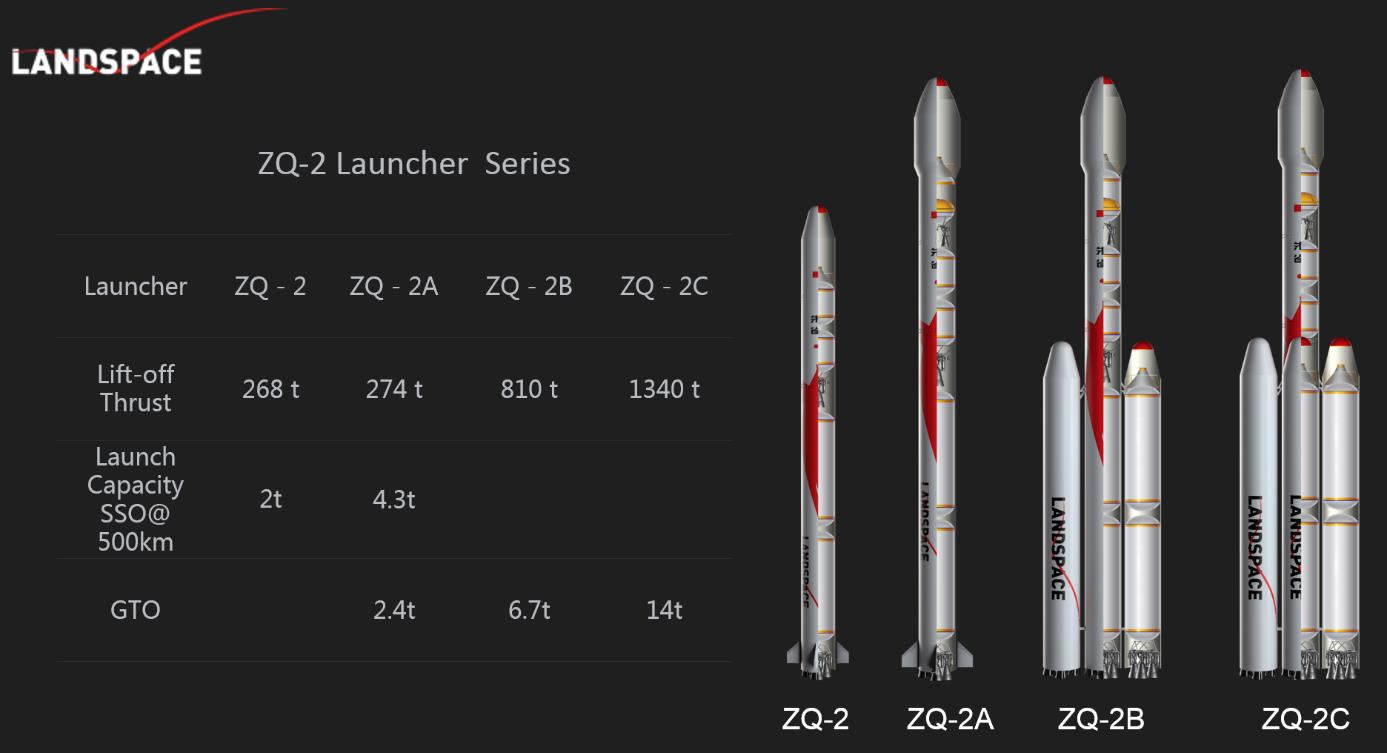 The SPF has the following characteristics:

Environmental
The SPF is maintained by a temperature of 20°±5°C. The relative humidity is kept between 35 and 55 percent. Class 100,000 cleanliness is maintained. 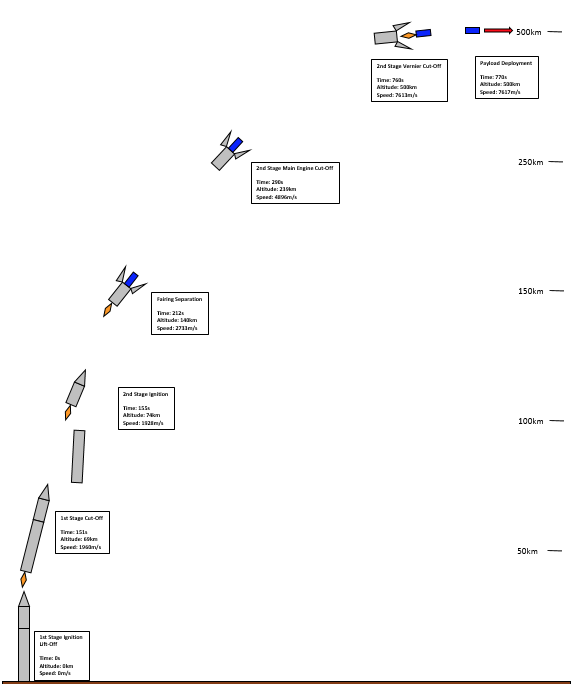 Lifting Facility
In the SPF there is overhead crane that has a height of 18 meters and a carrying capacity of 3.2 tons. The vertical lifting speed is between 0.5 and 1 meter per minute. In the horizontal axis, the speed is 2 meters per minuted.

Power Supply and Grounding
The facility’s power supply provides 220 to 380V by 50 Hz. Sockets of 16 and 25 A can be used. An Uninterruptable Power Supply (UPS) is also available and has a capacity of 50kW.

Ground Segment
The Dashuli tracking station is located 36 km to the southwest of the South Launch Site. This is the telemetry, tracking and command (TT&C) network that consists of several optical and radar tracking posts installed around the launch center. These facilities track the launched vehicles launched from this site using optical telescopes and radars.

The tracking station consists of radar, optical, communication, meteorology, and technical and logistic support systems. The control center of the station is equipped with more than 30 control consoles that display in real-time 120 sets of data which reveal the trajectory of the launch vehicle as well as the live status of the rocket and its cargo. The data is transmitted in real-time to the MCCC control center (chinaspacereport.wordpress.com/facilities/jiuquan/).

The ZQ-2 Launch Vehicle Family
ZhuQue-2 (ZQ-2) launcher family, independently developed by LandSpace, is the first Chinese LOX+LCH4 launcher series. Based on the general design concept of “One propellant combination; one universal launcher body diameter; two thrust-levels of engines”, the ZQ-2 liquid launcher series are designed with different launch capacities, from the capability of supporting tons to tens of tons via different design combinations to cover low, medium and high orbital launch capabilities. This includes a basic, 2-stage ZQ-2, and evolved versions of a 3-staged ZQ-2A with an enlarged fairing, ZQ-2B (with 2 add-on boosters to ZQ-2A), and ZQ-2C (with 4 add-on boosters to ZQ-2A)

ZQ-2
Medium-scale, liquid propellant, commercial launch vehicle, developed by LandSpace; the maiden flight is scheduled to occur by the close of the year 2020.
The ZQ-2 is equipped with new, independently developed, LOX/LCH4 cryogenic LRE, making this the first Chinese launcher using those propellants.
Eco-friendly, the launch vehicle features low carbon emissions and is nontoxic and pollution-free.
There is low-dependency on the launch site and the ZQ-2 is adaptive to high-frequency commercial launches and will be fully capable as a reusable launcher in the future.

ZQ-2 Technology
ZQ-2 is a two-stage liquid propellant (LOX+LCH4) launch vehicle with the capability of carrying up to a 1,800 kg. payload into 500 km. Sun-Synchronous Orbit (SSO).

The dimensions of the vehicle are 49.5 meters in length and 3.35 meters in diameter, with a lift-off mass of 216 tons.

The 1st stage is equipped with four, 67 ton, ground-thrust-level engines, while the 2nd stage is fitted with one engine with an 80 ton vacuum thrust. This engine is similar to the first stage engines — the only difference is in the nozzle expansion ratio that has been adapted for vacuum operations.

The 2nd stage is further assisted by four Vernier engines, each possessing a 2 ton vacuum thrust. The diameter of the payload fairing is 3.35 meters with a length of 8.24 meters. ZQ-2 launch vehicle general layout is detailed in the Figure 5.

Spacecraft Injection Accuracy and Separation
The injection process has the characteristics as shown in Table 3 (to the left).

Environment Conditions for Payloads
The payload has to pass an acceptance qualification. In this process, the payload will be proofed to withstand the flight on the ZQ-2 without damaging other payloads.

Vibration
The major stress during the flight will be generated from the launch vehicle vibrations. It must be guaranteed that the payload will not be destroyed during the launch.

Sine Vibration
Table 6 lists the experimental conditions for low frequencies sine vibration from 5Hz to 100Hz, which are used to simulate the transient and stationary random vibration of a launcher. 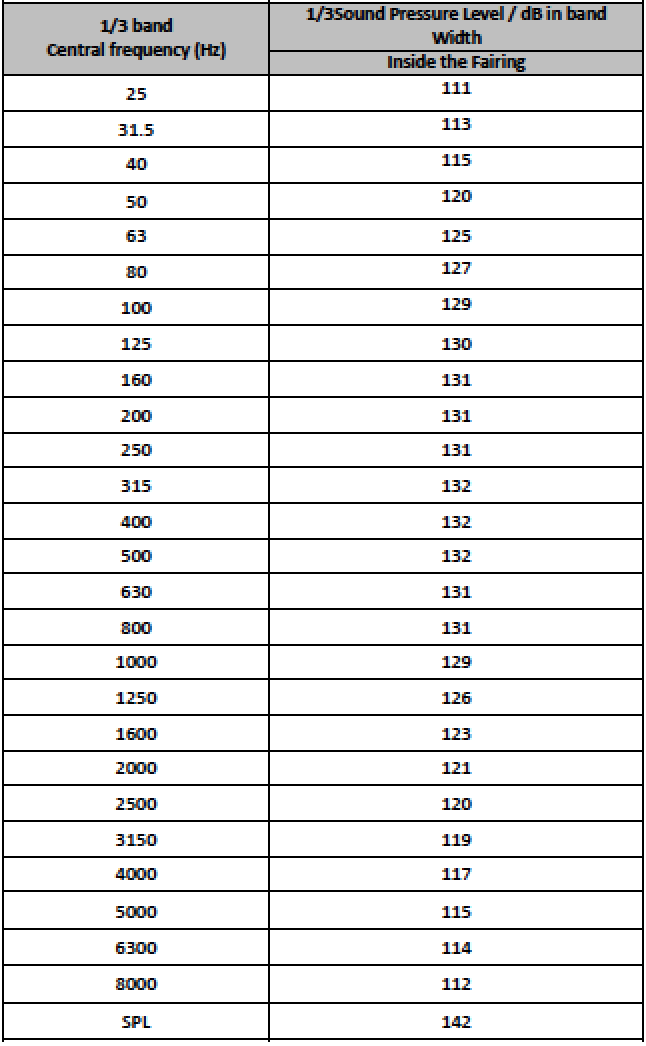 Random Vibration
Table 7 above presents the test conditions of random vibration at high frequencies that range from 20 to 2000 Hz, which can be used to simulate the transient and stable random vibration of a rocket.

Shock
The impact experiment condition (shock response spectrum Q=10) is shown in Table 8 on the previous page. The response acceleration time history in three vertical directions at the bottom of the specimen must be measured during the test.

Acoustic
Acoustic condition is detailed in Table 9, also on the previous page.

EMC
The electromagnetic radiation for the radio equipment on the launch vehicle as well as the launch site cannot exceed the requirements that are shown in the Table10 below.

Internal Pressure
The fairing internal static pressure evolution during a nominal mission is depicted in the Figure 7 blow.

Center of Mass
The payload center of mass is important for rocket stability and must remain within specified limits to ensure the flight will be stable for a successfully mission.

The exact payload center of mass must be delivered before the start date.

Safety
The Safety Policy and Mission Assurance Process help to identify risk factors and any hazards. These must be identified and eliminated or properly mitigated. The customer is responsible for the compliance of the safety guidelines and must prepare the following documentation: 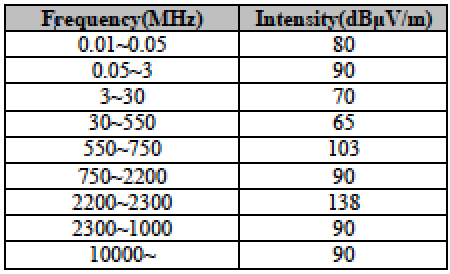 Table 10: EM radiation of the rocket
and launch site

Customer Deliverables
To assure a smooth launch process, important information must be exchanged between the customer and the launch service provider. The customer must send the following documents during the launch campaign:

The fairing provides an aerodynamic shape for the vehicle, bears the heat and vibration during the flight. The configuration and characteristics of the payload fairing are illustrated and summarized in the table above. 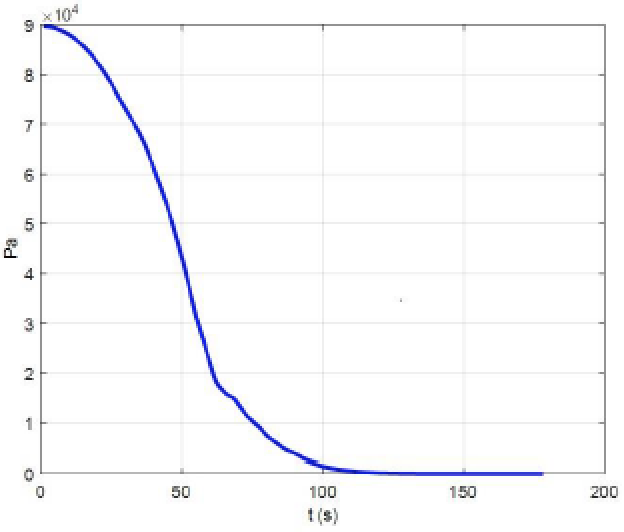 Figure 6: The curve of internal pressure of PLF

A wider fairing with 4.2 meter diameter is under development for greater payload flexibility and will be introduced on the upcoming ZQ-2A launch vehicle.

Maiden Flight
The maiden flight of the ZQ-2 is a demonstration flight with an SSO orbit with 500 km. altitude selected for this mission. The flight is planned for Q4 of 2020 or Q1 of 2021. The payload admission is open and satellites from 1 to 150 kg. will be accepted. Mainly smallsats will be launched in this flight. The major milestones of the project schedule are detailed in the Table 12.

Secondary Payload and QB-Express
With the maiden flight, the “QB-Express” Nanosatellite Program is open and, for future missions, the secondary payload will be announced as part of the “QB-Express” program. 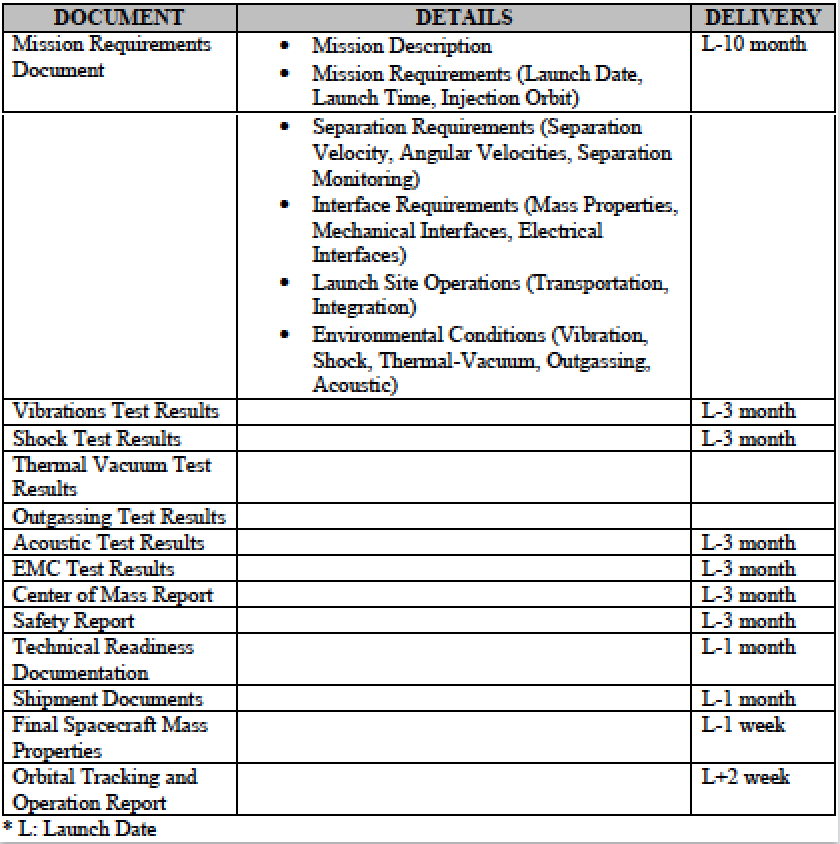 The QB-Express program has the aim to make the access into space possible for SME’’s (Small Medium Enterprises) and individuals. Launch services are one of the most challenging issues for space projects for SME’s, universities and high schools. Many of these projects will never fly due to a lack of funding.

For individuals that wish to build their own smallsat, or to test their own hardware in space, launch services are almost impossible to book. The QB-Express program will offer such services for a fraction of the current range in launch prices. Additionally,  the QB-Express program will start with its own community where the customers will automatically become members of this new space community and can benefit with a number of additional privileges as well as participate in future, exclusive missions. 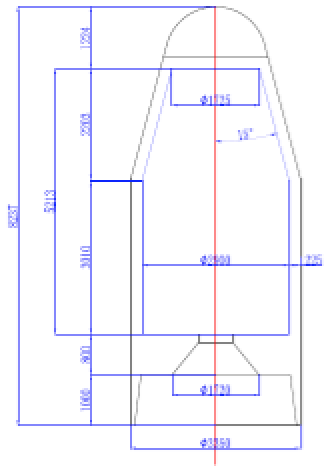 The QB-Express program will enhance the smallsat market and encourage the development and validation of new technologies for LEO, GEO and Deep Space missions. Flight heritage is the most important requirement for new space products but this enterprise demands regular flights with accessible prices.

Individuals have never considered for such market activities; however, now with QB-Express, new players will contribute to the development of new space technologies.

Smallsats
Small satellites are revolutionizing the space industry as such systems are less expensive and incorporate high performance components. Many kinds of experiments can be achieved with such systems.

Cubesat’s are the most used and standardized smallsat and its characteristics are well known in within the space community. For this reason, this genre of smallsat is an important consideration within the QB-Express program. The limitations of size and weight make the success of some experiments, or the design of electronics with more performance, difficult. This situation allows for the introduction of new and improved systems. In the QB-Express Maiden flight, a new smallsat will be introduced and validated that will alleviate those challenges. 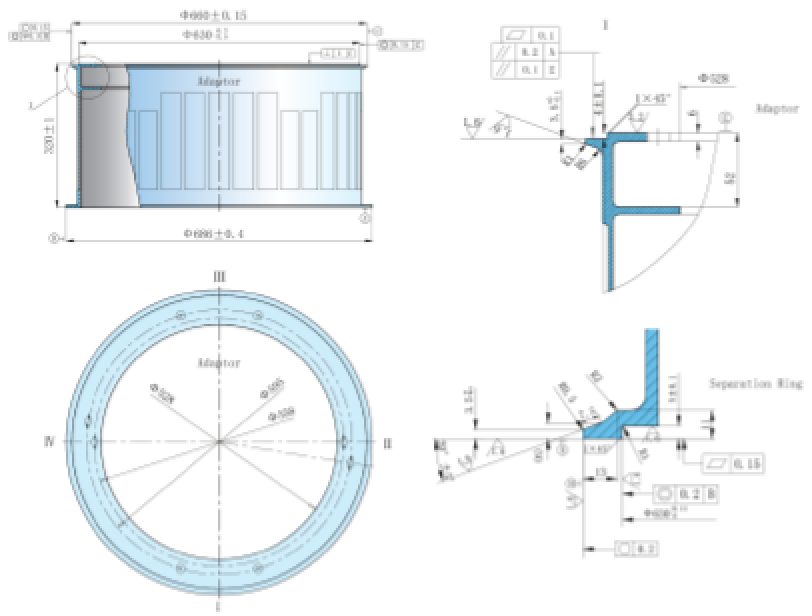 Many experiments require bigger platforms where smallsats cannot comply with the needed requirements. The evolution of smallsats is slower due to their own intrinsic characteristics, such as size, weight, and so on. The QB-Express program aims to promote the use of more smallsats and encourage such projects to participate in this new QB-Express program that is part of the NewSpace revolution.

For larger satellites, standard payload adapters are available. Commercial cubesat containers can be also implemented. The QB-Express program has, in development, a new generation of smallsat deployers that will also be validated in space during the aforementioned maiden flight. For this development applies same philosophy; high quality at a lower price.

The acceptance qualification for the payloads have to comply with the requirements described previously in this article. The QB-Express program also offers the complete set of qualifications as a complementary service. The environmental qualifications can be included with the launch service and allows for an optimal and smooth process. This strategy is more efficient and save valuable time and money.

Future Flights
Exotic flights are being planned that will encourage the QB-Express community. This initiative will allow for the testing of electronics and materials in extreme environmental conditions, thereby promoting fast development of space technology. Additionally, this chance will be accessible for everyone, allowing for fair competition for launch services as well as assuring the development and advancement of the best technology without any undue political influence. A free market will fully support the space sector and speed up the progress of all space activities.